The decline of the West should come as no surprise, yet the U.S. still wages a ferocious fight against the prospect of equality among nations. 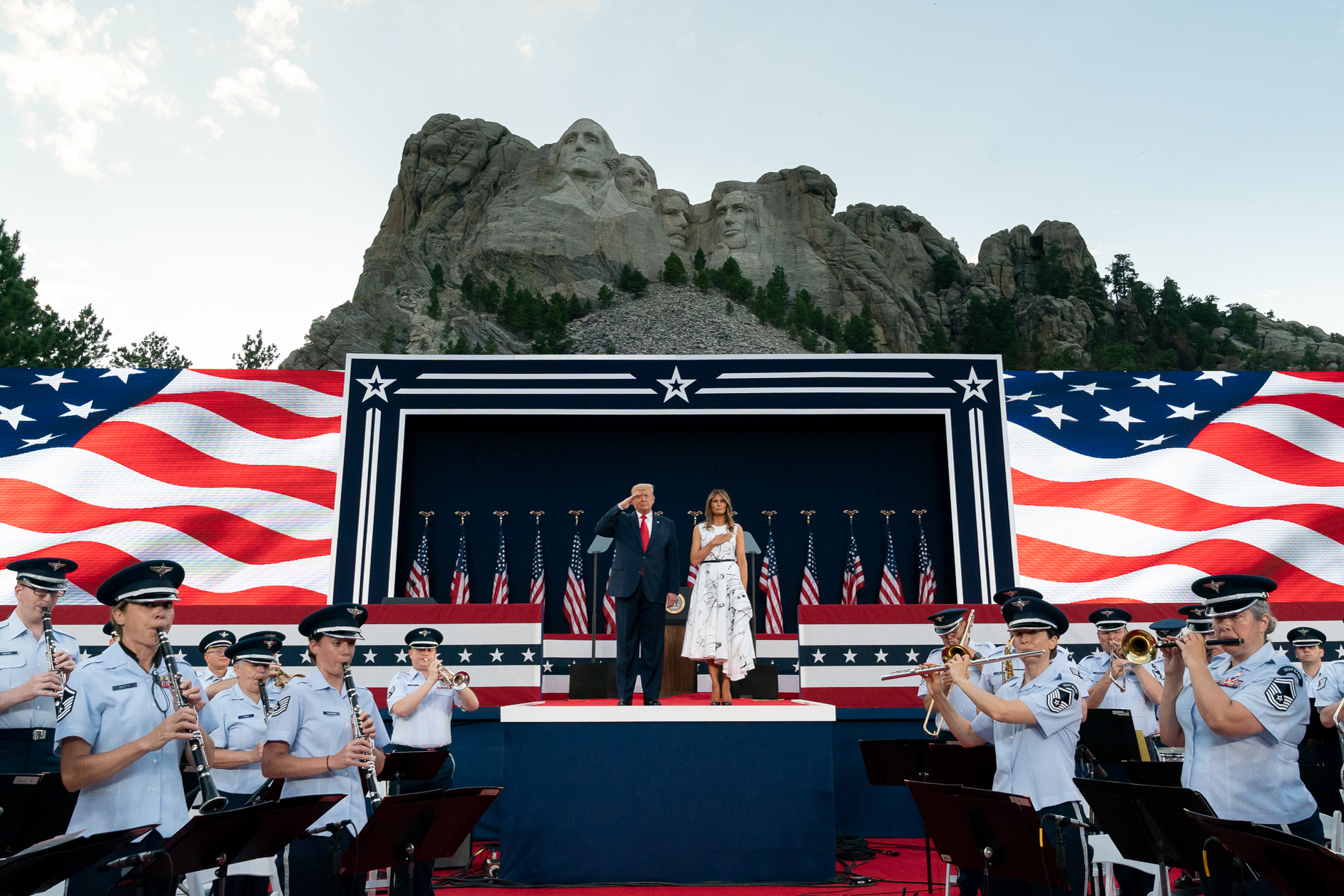 The signs of America’s decline are ubiquitous now such that the phenomenon is no longer worthy of debate.

China, Japan, South Korea; Italy, Spain, Germany, the Danes and Norwegians  — Asia and Europe all gain control of the Covid–19 pandemic even as the U.S., by the newest numbers, is back where it was during the worst of it last spring.

This is systemic failure next to systemic success, plain and simple.

We face a leadership failure, too — again, as others do not. President Donald Trump was not wrong, during his Mount Rushmore speech last Friday, to note the frightening illiberality of American liberals. But there was something disturbingly Mussolini-esque in his language, his gestures, his defiance of reality — altogether the portentous dynamic one saw between an ignorant figurehead and a crowd embracing his ignorance as its own.

“The worst are full of passionate intensity,” Yeats wrote in “The Second Coming,” and the worst are either running our republic or propose to run it. Things fall apart: We are collectively responsible for this. 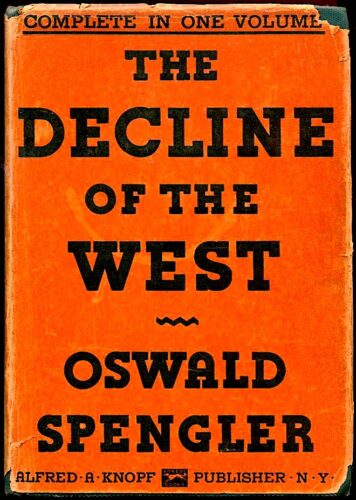 Bitter as our national circumstances are at this moment, let us not miss the larger reality of which they are expressions. Read properly, America’s decline is a subset of the decline of the West. The phrase is Oswald Spengler’s, of course — the title of a two-volume work he published a century ago. If the German historian got as much wrong as right, he was spot on in identifying our Western-centric understanding of history as a Faustian fallacy that would eventually bite us on the backside.

We are now living through the epochal turn Spengler’s thesis implied. All that befalls us and all our leaders do — our failed response to the Covid–19 crisis, the collapse of our political institutions, the exposure of our papered-over past, our ever-more-aggressive conduct abroad — is best understood as a function of this historic moment.

The West’s superiority over the non–West has been a given in the Atlantic world for half a millennium. I take my date from Vasco da Gama’s landing at Calicut, on India’s Malabar Coast, in 1498. From the Portuguese explorer’s first steps in the East and ever since, this presumption has rested primarily on the West’s material preeminence.

Systems of governance, social norms, individual liberties — the East was considered inferior in all such matters. But it was science, technology and industry that mattered most: From these the West derived its power and claimed its right to imperial dominion. Dieu et mon droit, remember?

This claim to historically ordained superiority evaporates as we speak. So is this, our Spenglerian moment. It has been a long moment, let’s say, unfolding for some time. But the Covid­–19 crisis hastens it and brings it into painfully sharp relief. 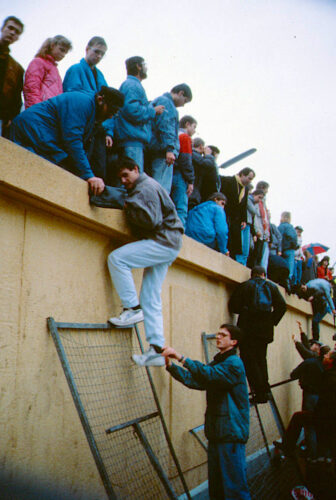 Parity between West and non–West is a 21st century imperative, a human destiny no nation can hope to prevent.

Your columnist has argued this (and applauded it) since the Cold War’s end. A wise and imaginative world power would not merely accept this turn of history’s wheel: It would embrace it, recognizing the immense advantage in having more voices from more perspectives address themselves to humanity’s common problems and tasks.

No such good fortune comes to us. The Europeans appear to be at least minimally open to the thought that the era of the West’s “global leadership” — skipping the euphemism, its colonial and postcolonial domination — draws to a close.

This may be an overly optimistic reading, I confess. But it is inarguably the case that the U.S. stands alone in waging so ferocious a fight against the prospect of equality among nations.

Do you think it is coincidence that Washington’s aggressions toward its declared enemies has intensified as America’s failed response to the Covid–19 pandemic becomes too evident to deny? I don’t. Our neoliberal political economy has failed.

Our elevation of individuality into an “ism,” a creed, has failed. Counting from the Reagan presidency, our savaging of our public sector over four decades leaves us looking like a nation of deluded nitwits. The military hardware we worship like cargo cultists proves of no use.

Consider these declared enemies, our latest axis of evil. China, Russia, and Iran are all non–Western nations in unmistakably emergent phases of development. In the advance toward parity with the West, these three are among the leaders.

They all have sturdy state sectors, centralized governments to one or another degree, and extensive social welfare systems. None is immune from domestic turmoil, but none is beset with institutional collapse. And not to be missed: As of Monday, China has 405 active Covid–19 cases on its books; Russia and Iran while their numbers are not nearly  as good, appear to be in recovery mode, bringing their crises under control.

When the U.S. aggresses toward these nations by way of sanctions, threats of military attack, or a trade war, never mind how it explains itself. In the final analysis it acts in defense of the pretense of Western superiority. It is essential to the preservation of America’s understanding of the world that these nations fail.

Mike Pompeo, our thickheaded secretary of state, hoes this envy-of-the-world row more or less daily. At issue here is what I call the tyranny of American happiness: The worse we have done, the happier we must declare ourselves. This is our last line of defense against all admissions of failure. How forlorn a nation are we.

Pompeo takes his place in a centuries-long line of thinkers, commentators, travelers, and who have you — some a lot more elevated — who insist on the incontrovertible superiority of the West. It is to those in this tradition our virus-beset moment is bitterest.

When India and China Were Richer 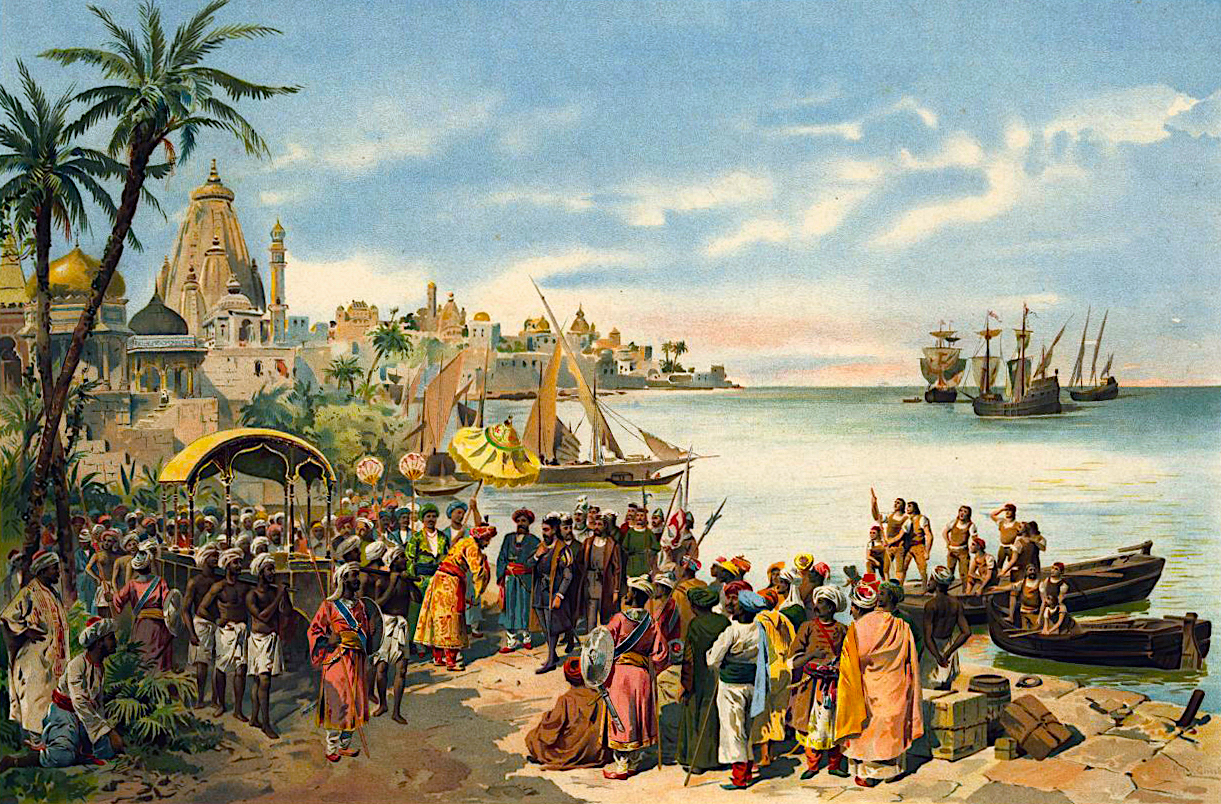 Some years ago Angus Maddison, the late and noted British economist, published a study showing that until the brink of the 20th century the Chinese and Indian economies were the world’s largest by considerable margins. The U.S. overtook China in gross domestic product little more than a century ago. To speak of parity, then, is to speak of a return to it. What we witness now would be of little surprise were we not so conditioned to our habit of Orientalism.

Maybe Western Europeans are more cognizant of history’s waves. I read their far superior responses to the Covid–19 crisis as an indication they can still think for themselves after decades of marching to Washington’s orders.

They are emphatically not behind the U.S. in its efforts to cultivate a new Cold War with China, in its determination to apply its “maximum pressure” campaign against Iran ever more stringently, in its efforts to isolate the Russian Federation. We will have to see where this emergent drift in European thinking leads. As things stand, it looks as if the U.S. is effectively pulling the West apart from within. No bad thing.

Spengler considered civilizational decline inevitable, a fate imposed by history’s laws—a very Germanic notion. Arnold Toynbee, whose 12–volume “A Study of History” came some years later, thought otherwise. Decline is the consequence of a failure of imagination and creativity among leaders. They can no longer respond anew to new circumstances. Decline comes to a choice, then, not a fate.

Your columnist stands with Toynbee on this point. The West’s decline, now so evident, arises from the choices its leaders make daily, Europe’s ambivalences notwithstanding. But we must not miss the optimism buried beneath the apparent pessimism. What is in decline should decline. Then there is at least the prospect of beginning again, and differently.

← JOHN KIRIAKOU: Not the Year for Fireworks
Tribes Celebrate Court-Ordered Shutdown of Pipeline →

29 comments for “PATRICK LAWRENCE: Embracing the Equality of Nations”