After examining his record, New York Times readers should be skeptical of anything David Sanger writes, including his latest artful works of deception.

The New York Times is pulling out all the stops in promoting its dubious story on Russia offering bounty for dead U.S. soldiers in Afghanistan.

“Russia’s complicity in the bounty plot came into sharper focus on Tuesday as the The New York Times reported that American officials intercepted electronic data showing large financial transfers from a bank account controlled by Russia’s military intelligence agency to a Taliban-linked account.”

This is presented as “bolstering other evidence of the plot, including detainee interrogations.” The take from the Afghan-run interrogations is, ipso facto, highly dubious; and we need to know a lot more about the alleged new “electronic data.” 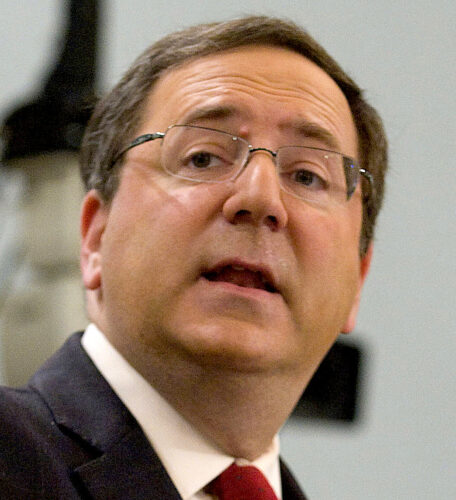 Sanger and Schmitt put the “bounty” story atop a “list of Russian aggressions in recent weeks rival[ing] some of the worst days of the Cold War.” They hold up to ridicule White House statements that the president wants to have only “verified” intelligence, claiming that this prompts “derision from officials who have spent years working on the daily brief and say it is most valuable when filled with dissenting interpretations and alternative explanations.”

Granted, such dissent might have been helpful to President George W. Bush, rather than having PDB briefers like Michael Morell (later to become deputy CIA director) parroting the line of then-Director George Tenet and Vice President Dick Cheney that there were tons of weapons of mass destruction in Iraq. But what is wrong with preferring “verified” intelligence rather than a menu of options attempting to explain unverified reporting reeking of political agendas? (Morell later went on TV to call for the covert murder of Russians and Iranians in Syria.)

I helped prepare The President’s Daily Brief for Presidents Nixon, Ford, and Reagan, and personally conducted the one-on-one morning briefings in the Oval Office from 1981 to 1985. In those days we did our best to corroborate reporting — especially on highly sensitive issues — and did not try to cover our derrieres by alerting the president and his top aides to highly dubious reporting, however sexy.

Later, Cheney’s fascination/fixation with the yarn about “yellowcake uranium” going to Iraq from Niger did not pass the smell test, for example, something that it took the International Atomic Energy Agency only a day or two of investigation to demolish.

Seymour Hersh wrote in the March 24, 2003 New Yorker, just days after the attack on Iraq:

“On March 7th, Mohamed ElBaradei, the Director-General of the IAEA in Vienna, told the UN Security Council that the documents involving the Niger-Iraq uranium sale were fakes. ‘The I.A.E.A. has concluded, with the concurrence of outside experts, that these documents . . . are in fact not authentic,’ ElBaradei said.

One senior I.A.E.A. official went further. He told [Hersh], ‘These documents are so bad that I cannot imagine that they came from a serious intelligence agency. It depresses me, given the low quality of the documents, that it was not stopped. At the level it reached, I would have expected more checking.'” 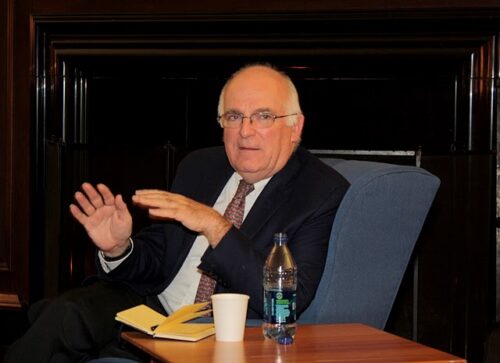 Intelligence analysts must pay close attention, of course, to provenance. What is this or that source’s record for accuracy, for reliability. What kind of trough might this or that source be feeding from; and what agenda might she or he have? Discriminating readers of the corporate media — and especially the Times — should do the same with respect to journalists. When they see the byline of David Sanger they need to examine his record.

Those who look back to before the U.S./UK attack on Iraq will discover that Sanger was heavily promoting the existence of WMD in Iraq as a certainty. In a July 29, 2002 article co-written with Thom Shanker, for example, Iraq’s (non-existent) “weapons of mass destruction” appear no fewer than seven times as flat fact.

We did not know this until May 2005 when The Times of London was given the text of what became known as the Downing Street Memo — the minutes of the briefing that Dearlove gave Blair on July 23, 2002. No one has disputed its authenticity. Here’s an excerpt:

… Military action was now seen as inevitable. Bush wanted to remove Saddam, through military action, justified by the conjunction of terrorism and WMD.

But the intelligence and facts were being fixed around the policy.”

More instructive still, in May 2005, when first-hand documentary evidence from the now-famous “Downing Street Memorandum” showed that President George W. Bush had decided by early summer 2002 to attack Iraq, The New York Times ignored it for six weeks until David Sanger rose to the occasion with a tortured report claiming just the opposite.

The title given his article of June 13 2005 was “Prewar British Memo Says War Decision Wasn’t Made.”

Against this peculiar reporting record, I was not inclined to take at face value Sanger’s Jan. 6, 2017 report “Putin Ordered ‘Influence Campaign’ Aimed at U.S. Election, Report Says.” Or the report he authored, with Michael Shear the following day, “Putin Led a Complex Cyberattack Scheme to Aid Trump, Report Finds.”

And Therein Lies the Rub

… or the rubbish, as the British might say. The fable of the Russian hack has now gone the way of Russia-Trump collusion. (See, for example: “Mueller’s Forensic-free Findings.”

When will New York Times readers catch on to David Sanger’s story telling? Sadly, there are plenty of Pulitzer presstitutes — particularly on Russiagate, but Sanger is the archdeacon of them all — by far the most accomplished at the art.

Ray McGovern works for Tell the Word, a publishing arm of the ecumenical Church of the Saviour in inner-city Washington. During his 27-year CIA career, he worked on The President’s Daily Brief under Nixon, Ford, and Reagan, briefing it in person from 1981 to 1985. In retirement, he co-founded Veteran Intelligence Professionals for Sanity (VIPS).