This is not a column defending Donald Trump.

Across my career I have said more positive words about the scolex family of intestinal tapeworms than I have said about Donald Trump. (Scolex have been shown to read more.)

No, this is a column about context. When The New York Times reports anonymous sources from the intelligence community say Russia paid Taliban fighters to kill American soldiers, context is very important.

Some of that context is that Mike Pompeo said, “I was the CIA director – We lied, we cheated, we stole. We had entire training courses.” So we know for certain that U.S. intelligence agencies lie to you and me. We saw it with WMD, and we might be seeing it again now.

We could talk about the fact that the U.S. has been funding the Taliban for years! Yes, we fund them, sometimes arm them, and then fight them. This is barely a secret. So for all intents and purposes, the U.S. does the same thing our corporate media is now accusing Russia of doing (with no proof). 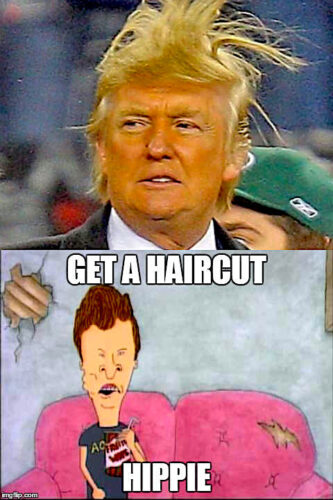 However, in certain areas of the world, Trump has threatened to create peace. Sure, he’s doing it for his own ego and because he thinks his base wants it, but whatever the reason, he has put forward plans or policies that go against the military industrial complex and the establishment war-hawks (which is 95 percent of the establishment).

And each time this has happened, he is quickly thwarted, usually with hilarious propaganda. (Well, hilarious to you and me. Apparently believable to people at The New York Times and former CIA intern Anderson Cooper.)

I know four things for sure in life. Paper beats rock. Rock beats scissors. Scissors beat paper. And propaganda beats peace. All one has to do is look at a calendar.

Trump has essentially threatened to create peace or pull U.S. troops out of a war zone in three countries – North Korea, Afghanistan, and Syria. Let’s start with Syria.

This cannot be allowed because it goes against the U.S. imperial plan. So what happens within days of Trump’s order?

What are the odds that within days of Trump telling the Pentagon to withdraw, Bashar al-Assad decides to use the one weapon that will guarantee American forces continue attacking him? Assad may not be a chess player, but I also don’t think he ate that many paint chips as a kid. And sure enough, over the past two years we’ve now heard from four whistleblowers at the Organization for The Prohibition of Chemical Weapons (OPCW) saying the so-called chemical attack didn’t happen. (Notice that the number “four” is even bigger than the numbers “one,” “two,” and “three.”)

But establishment propaganda beats peace any day and twice on Sunday. The false story succeeded in keeping America entrenched in Syria. 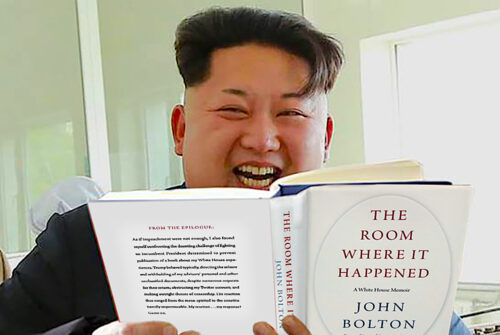 Let’s move on to North Korea. As you surely know, Donald Trump “threatened” to create peace with the hermetic country. Simply saying he would attempt such a thing sent weapons contractor stocks tumbling—one of the many reasons peace had to be stopped.

The summit fails, and reports begin emerging that Mike Pompeo and John Bolton succeeded in napalming any progress.

From The Nation, “There were reports from South Korea that the presence at the talks of John Bolton, Trump’s aggressively hawkish national-security adviser, helped torpedo the talks.“

But just destroying the peace talks wasn’t enough. The American people needed some good, solid propaganda to reassert the idea that Kim Jung Un was a dastardly bloodthirsty dictator.

June 4, 2019: The fate of the North Korean negotiator “executed” after the failed summit “grows murkier” with new reports that he’s still alive.

One would have to say that his being alive does indeed make the report that he’s dead “murkier.” Within the next day or two it becomes quite clear the diplomat is very much in the land of the living. But the propaganda put forward by The New York Times and many other outlets has already done its job.

Far more people saw the reports that the man had been murdered than saw the later retraction. And to this day, the Times has not removed the initial article saying he was executed. Exactly how wrong does propaganda have to be, to warrant an online deletion? Dead versus alive is a pretty binary designation.

And now we get to the outrage du jour, and it’s a bombshell!

June 16, 2020: “President Donald Trump confirmed in public for the first time his administration’s plans to cut the U.S. military troop presence in Germany from its current level of roughly 35,000 to a reduced force of 25,000.” – ForeignPolicy.com

June 26, 2020: The New York Times reports Russia paid the Taliban to attack U.S. troops. (According to anonymous sources from an intelligence community that proudly admits they lie to us all the time, sometimes just to amuse themselves.) 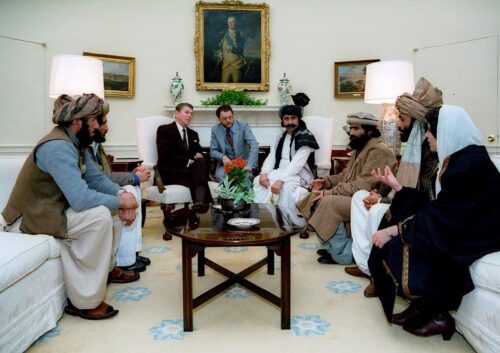 So when this story first came out, I thought, “You know, Trump has been stopped from withdrawing troops in the past by ridiculous propaganda that seems to land like a giant turd right after he announces his intentions. Maybe I’ll check what happened in the days preceding this jaw-dropping story.”

So just days after Trump goes against the military industrial complex and against the ruling establishment by announcing he’ll be withdrawing about a third of our troops from Germany, and just weeks after announcing an early withdrawal from Afghanistan, a seemingly mind-blowing story drops about Russia paying the Taliban to kill American troops.

This serves to remind everyone what a threat Russia is (so we better put more troops in Germany!) and serves to keep us in Afghanistan (because screw those Russian-funded Taliban!).

Look, I’m not saying Trump is a hero or a great guy or even a man who wants peace. I’m not even saying he’s a man. He very well may be a giant blood-sucking leech in a human skin suit. (A poorly tailored human skin suit.)

All I’m saying is the timing doesn’t add up. Either these landmark stories that destroy every chance of peace are false (in fact we’ve already proven two out of three of them are false), or peace has exceedingly, ridiculously, laughably bad timing.

Lee Camp is the host of the hit comedy news show “Redacted Tonight.” His new book “Bullet Points and Punch Lines” is available at LeeCampBook.com and his stand-up comedy special can be streamed for free at LeeCampAmerican.com.

24 comments for “LEE CAMP: Connecting the Dates – US Media Used To Stop The ‘Threat’ of Peace”