The Indo-China border is a strategic chessboard and it’s gotten way more complex. 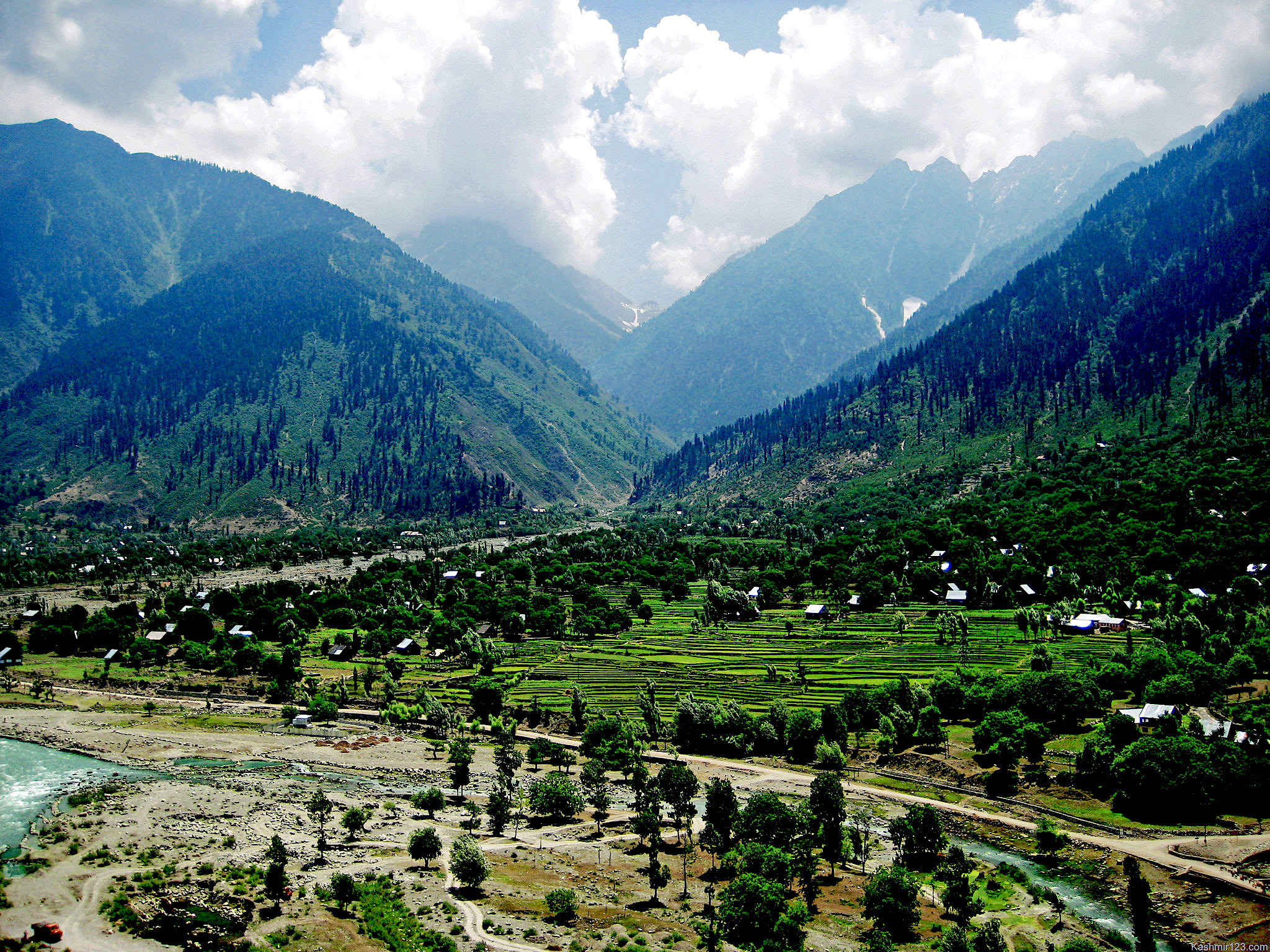 It was straight from an Orientalist romantic thriller set in the Himalayas: soldiers fighting each other with stones and iron bars in the dead of night on a mountain ridge over 4,000 meters high, some plunging to their deaths into a nearly frozen river and dying of hypothermia.

In November 1996, China and India had agreed not to use guns along their 3,800 km-long border, known as the Line of Actual Control (LAC), which sports an occasional tendency to derail into a Line Out of Control.

Yet this was not just another Himalayan scuffle. Of course there were echoes of the 1962 Sino-Indian war – which started pretty much the same way, leading Beijing to defeat New Delhi on the battlefield. But now the strategic chessboard is way more complex, part of the evolving 21st Century New Great Game. 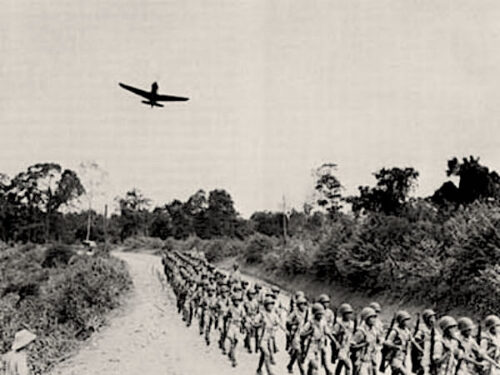 Indian army marching in 1962 war, during which Indian Air Force was not used. (Indian Defence Review)

The situation had to be defused. Top military commanders from China and India finally met face to face this past weekend. And on Tuesday, Chinese Foreign Minister spokesman Zhao Lijian confirmed they “agreed to take necessary measures to promote a cooling of the situation.”

The Indian Army concurred: “There was mutual consensus to disengage (…) from all frictions areas in Eastern Ladakh.”

A day later, the breakthrough was confirmed at a videoconference meeting of the three foreign ministers of Russia, India and China, also known as the RICs: Sergey Lavrov, Subrahmanyam Jaishankar    and Wang Yi. President Vladimir Putin, Prime Minister Narendra Modi and President Xi Jinping Xi will meet in person on the sidelines of the G-20 summit in Saudi Arabia next November.

And that will follow probably another videoconference special next month, in St. Petersburg, during the combined summits of the BRICS and the Shanghai Cooperation Organization (SCO.)

So How Did We Get Here? 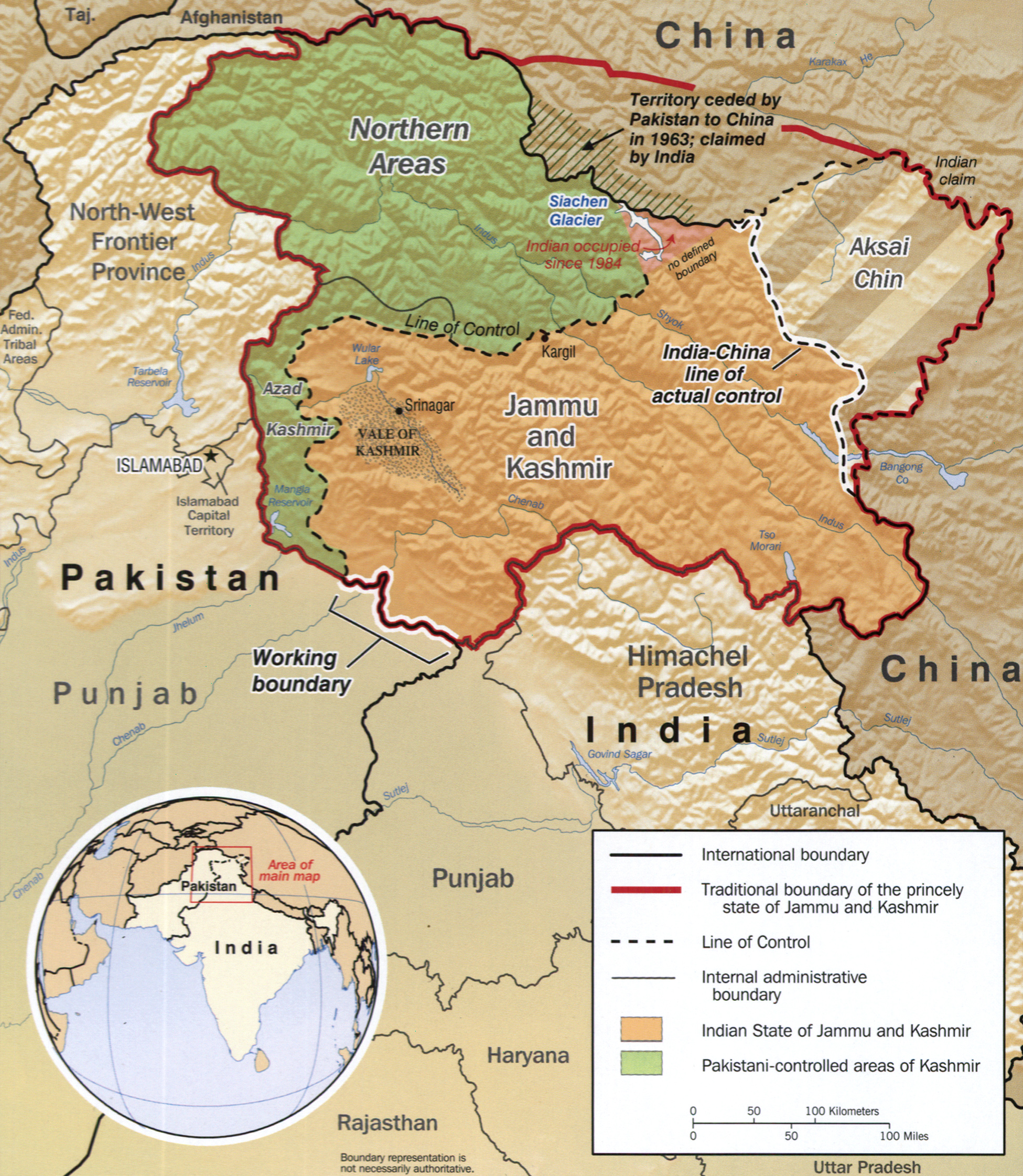 Our Himalayan drama starts way back in October 1947, when the Maharaja of Kashmir signed an Instrument of Accession – joining the dominion of India in return for military support. As much as the Raj, Kashmir was also partitioned: West and North became Azad (“Free”) Kashmir and Gilgit-Baltistan, under Pakistan; the state of Jammu and Kashmir was to become an autonomous part of India; and significantly Aksai Chin, historically part of Tibet, became part of China.

On a personal level, this has always been among my top “roof of the world” travel/reporting areas. Not only for the unrivalled, breathtaking  geological apotheosis, but for the people – Hunzakut, Baltistanis, Kashmiris, Tibetans.

Both Kashmirs – Pakistani and Indian – are majority Muslim. Everywhere you go you feel you’re in Central Asia, not India. Barren Aksai Chin is virtually population-free, apart from scattered military posts. Eastern Ladakh, historically and culturally, was part of the Tibetan plateau. The people are Buddhist, and speak a similar Tibetan dialect to the people of Aksai Chin. 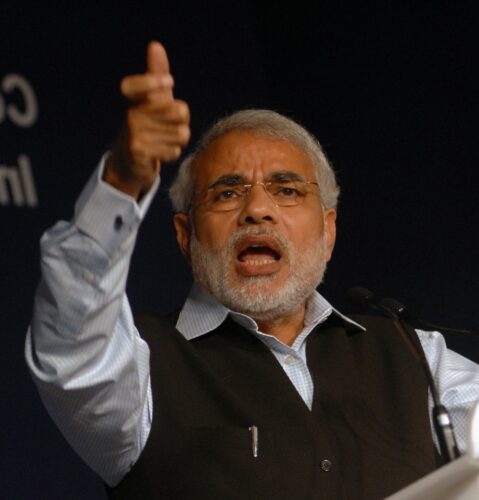 The root of all contemporary strife is to be found less than a year ago, in August 2019. That’s when the Hindutva – Hindu nationalist, quasi-fascist – government led by Modi unilaterally revoked parts of the Indian constitution that established Jammu & Kashmir (J&K) as an autonomous region.

Islamic J&K – heir to a long religious and cultural tradition – was deprived of a parliament and local government and de facto separated from Buddhist Ladakh and its very sensitive eastern border with China. They all fell under direct New Delhi control.

J&K’s characteristics shielded it since 1947 from mass immigration by Hindus. That’s now gone. The game now, for New Delhi, is about engineering a demographic change, turning a majority-Muslim area into majority-Hindu.

And even that might not be enough. For Home Minister Amit Shah, not only what the Hindutva describe as Pakistan-occupied Kashmir (PoK) but also Aksai Chin as part of J&K. They see the whole Kashmir Valley as an integral part of India.

It’s easy to imagine how this goes down in Islamabad and Beijing.

Add to it the interlocked strategic importance of the Indus river system – Pakistan’s main source of water: it starts in the J&K mountains. So it’s no wonder that for Islamabad, the whole province should be part of Pakistan, not India.

Recently, the action across the Line of Actual Control has been breathless.

India revamped the airfield of Daulet Beg Oldie (DBO), located on an old trade route through the Karakoram pass, and crucially only 9 km away from Aksai Chin. That happens to be right on India’s physical link to Xinjiang, and not Tibet. 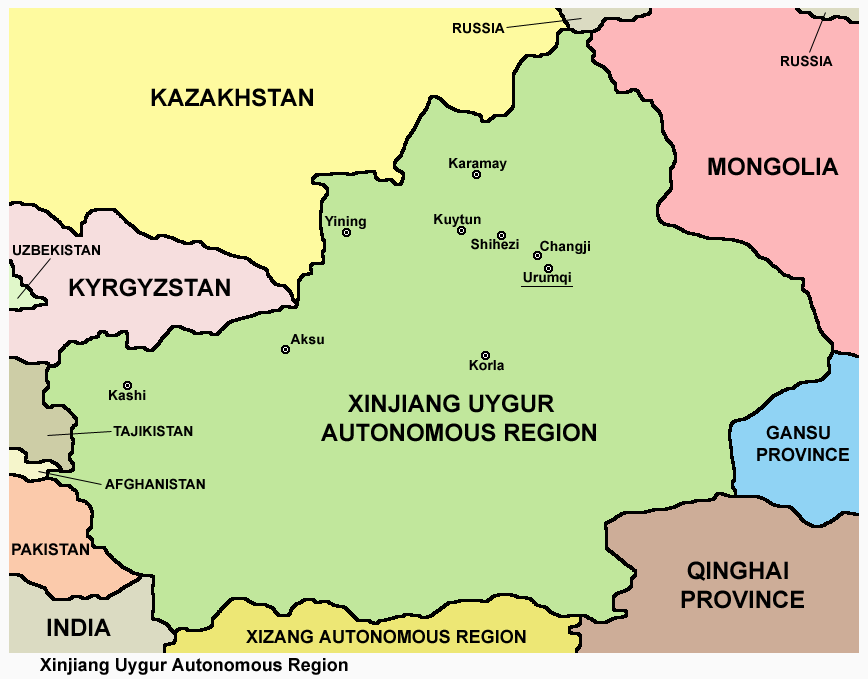 In parallel, India built the 255 km long Darbuk-Shayok-DBO road. This is an appraisal of what is innocently described as the single lane Indo-China border road. What it means in practice is that New Delhi now has more leeway to transport troops and military equipment across the LAC. No wonder Beijing interpreted it as an extra – unwanted – pressure on Aksai Chin.

As India built a new military access road, they had no clue the Chinese had finished their own on Aksai Chin: Highway 219, which links ultra-strategic Tibet to Xinjiang. Highway 219 then links to the legendary Karakoram Highway – which starts in Kashgar, crosses the border and weaves all the way down to Islamabad.

An important stretch of the Aksai Chin was in fact ceded to China by Islamabad in 1963 in exchange for financial and logistical support.

Predictably there has been a steady patrolling/military buildup on both sides. There are as many as 225,000 Indian troops right behind the LAC. That is matched by an undisclosed number of very well-equipped Chinese troops. The Hindu showed satellite images  of Chinese movements at Galwan before the border clash. No less than three Chinese military sub-districts – subordinated to the military in Tibet and Xinjiang – were involved in the skirmishes in Galwan.

It’s All About CPEC 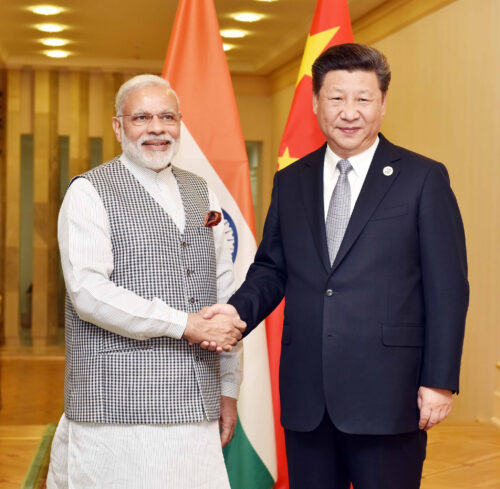 The China-Pakistan border at the Khunjerab pass and the area right to the south, the visually stunning Gilgit-Baltistan, happen to fall exactly into what the Indians call Pakistan-occupied Kashmir (PoK).

There’s absolutely no way Beijing would ever allow any sort of New Delhi regional adventurism. Especially because this is prime China-Pakistan Economic Corridor (CPEC) territory – one of the key nodes of the New Silk Roads, all the way to Islamabad and down to the port of Gwadar in the Indian Ocean.

In the near future, Gwadar will have solidified its direct energy links to the Persian Gulf, and China may even expand them by building an oil/gas pipeline all the way to Xinjiang.

Counteracting China’s New Silk Road nodes, we find, strategically, India’s ambiguous role in both the Quad (alongside the U.S., Japan and Australia) and the U.S. “Indo-Pacific” scheme — essentially a mechanism to contain China.

In practice, and in the name of its own, self-described “strategic autonomy,” New Delhi is not a full member of the Quad. The Quad is such a fuzzy concept that even Japan and Australia are not exactly enthusiastic.

U.S.-India defense “ties” are legion – but nothing really significant, apart from a self-defeating move by New Delhi to cut off oil imports from Iran. To appease Washington, New Delhi prodigiously hurt its own investments in the port of Chabahar — only 80 km away from Gwadar — which until recently was touted as the Indian Silk Road gateway to Afghanistan and Central Asia.

Apart from that, we find – what else – threats: the Trump administration is furious that New Delhi is buying S-400 missile systems from Russia. 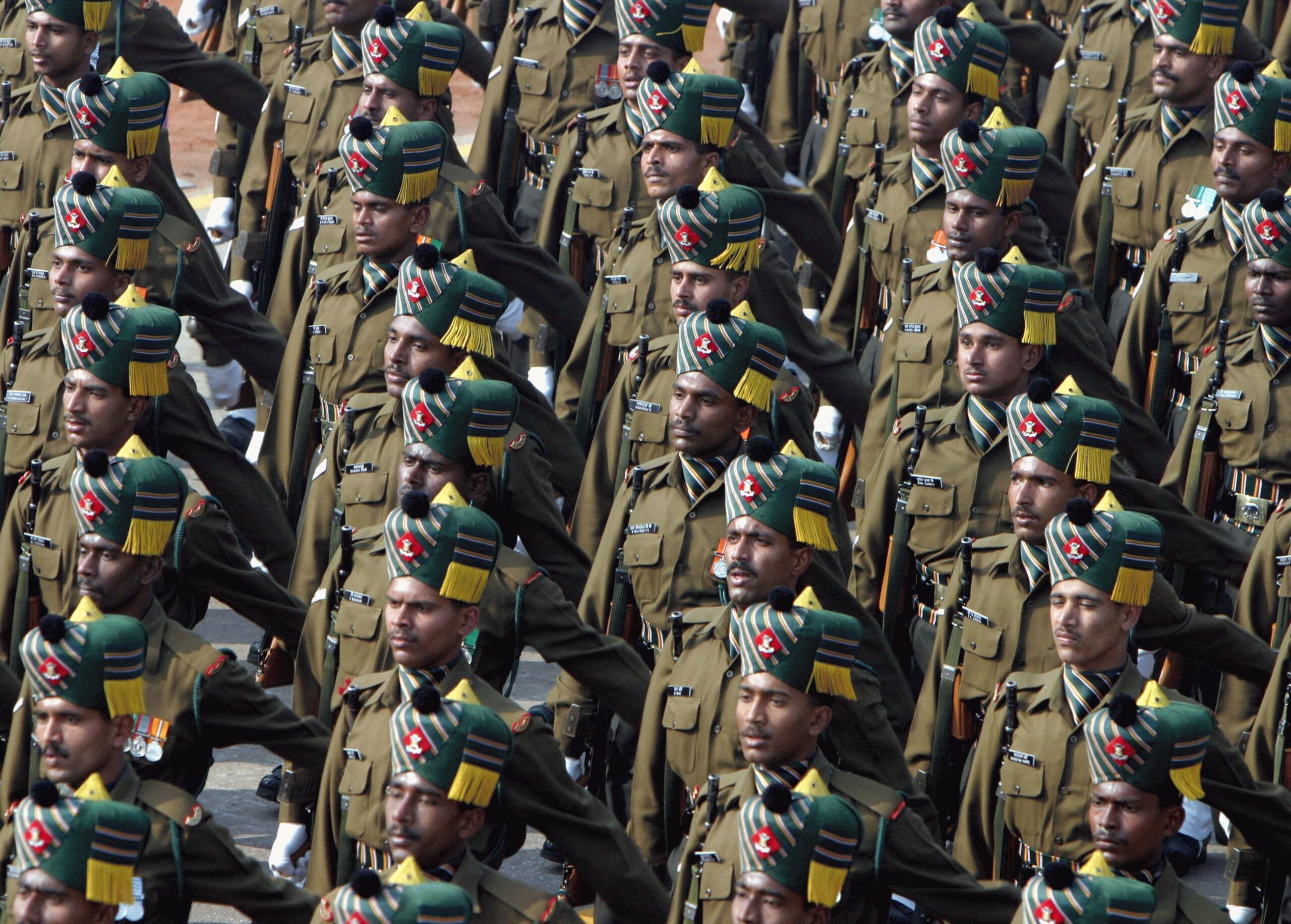 China is India’s second-largest trade partner. Beijing imports around 5 percent of everything made in India, while New Delhi imports less than 1 percent of Chinese production.

Only two months ago, in an address to the nation about Covid-19, Modi insisted on “self-reliant India” and “human centric globalization,” focused on local manufacturing, local markets and local supply chains.

For all of Modi’s bluster, foreign adventurism is incompatible with India’s tradition of non-alignment – and it would divert much needed efforts towards “self-reliance.”

There was a lot of expectation that India and Pakistan, becoming full-time members of the SCO, would defuse their myriad problems. That’s not what happened. Yet the SCO – along with the BRICS – is the way to go if India wants to become a significant player in the emerging multipolar world.

Beijing is very much aware of imperial containment/encirclement strategies. There are more than 200 U.S. military bases in the Western Pacific. The New Silk Roads, or Belt and Road Initiative (BRI), boast no fewer than seven connectivity corridors – including the Polar Silk Road. Five of these are overland. The only one including India is BCIM (Bangladesh-China-India-Myanmar).

If India wants out, BRI will keep rolling all the way to Bangladesh. Same with the Regional Comprehensive Economic Partnership (RCEP) negotiated by 15 Asia-Pacific nations. They want India in. New Delhi is paranoid that opening up its markets will balloon the trade deficit with China. With or without India, RCEP will also keep rolling, alongside BRI and CPEC.

Quite a few among upper caste ruling class Hindus cannot see that they are being played to the hilt, full time, by the imperial masters as a war front against China.

Yet Modi will have to play realpolitik – and realize that India is not a priority for Washington: rather a pawn in a full spectrum dominance, “existential threat” battle against China, Russia and Iran, which happen to be the three key nodes of Eurasia integration.

Washington will persist in treating New Delhi as a mere pawn in the Indo-Pacific drive for China containment. India – in theory very proud of its tradition of diplomatic independence – would rather use its ties with the U.S. to counterpunch China’s power across Southeast Asia and as a form of deterrence against Pakistan.

Yet Modi cannot possibly bet the farm on the Trump administration following his lead. The only way out is to sit down and talk to his BRICS/SCO partner Xi: next month in St. Petersburg and in November in Riyadh.