UPDATED: Though it has a reputation of upholding international law, Norway has refused to ratify an amendment that adds the crime of aggression to the International Criminal Court. 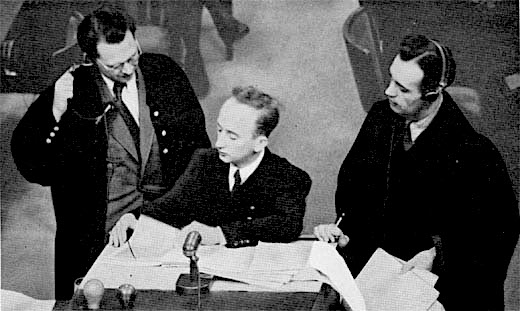 As Norway stood for election on Wednesday for a seat on the UN Security Council, Nuremberg prosecutor Benjamin Ferencz lambasted what he called “Norwegian hypocrisy” for failing, so far, to support an amendment to the statute of the International Criminal Court (ICC) that would include the crime of aggression, which the Nuremberg Trials deemed the worst of all war crimes.

Ferencz, who led the prosecution of German Nazi leaders responsible for the extermination of Jews during World War II, has been a fierce advocate for the amendment to the Rome Statute that would grant the ICC jurisdiction to prosecute leaders responsible for the crime of aggression. The amendment entered into force in 2018 and has so far been ratified by 39 states, including the majority of NATO member countries.

“The maintenance of international peace and security” is the central purpose of the Security Council. In a letter sent to a Norwegian newspaper, Ferencz expressed, in no uncertain terms, what he sees as the striking contradiction of Oslo seeking to occupy a Council seat while failing to support the amendment to punish the crime of aggression. That crime is defined as an unprovoked attack on a nation, without the justification of self-defense.

“It does not take much imagination to recognize that nations which profess their support for criminalizing aggression but which fail to take the steps necessary to apply such laws to their own citizens run the very real risk of being perceived as hypocrites, or worse,” Ferencz wrote.

Though Norway is generally perceived as a champion of peace and international law, the country has drifted closer to the U.S. government since 1999 when it began participating in a series of U.S. and NATO-led wars.

Among them were military interventions against Yugoslavia, Afghanistan and most notably Libya, where Norway dropped 588 bombs and struck targets other NATO countries were reluctant to attack because of a high risk to civilians. Three years later, then Norwegian Prime Minister Jens Stoltenberg was awarded the post of NATO Secretary General.

US Hostility to the ICC

The U.S. has refused to join the ICC. The court’s treaty was signed by President Bill Clinton but was never ratified by the Senate. President George W. Bush “unsigned” it and since then the U.S. has taken measures to undermine the court and protect itself from ICC prosecution.

Nations are liable to prosecution if they commit alleged war crimes, crimes against humanity or genocide only if they are members of the court or if an alleged crime is committed on the territory of a court member, even by a non-member state. For instance, after a preliminary report found reason to believe the U.S. committed war crimes in Afghanistan, which is a member of the court, the ICC opened a formal investigation.

The Trump administration responded last week by imposing sanctions on officials of the ICC. The executive order freezes the officials’ assets in the U.S. and bars them from entering the country. The ICC responded by calling the move an “unacceptable attempt to interfere with the rule of law.” 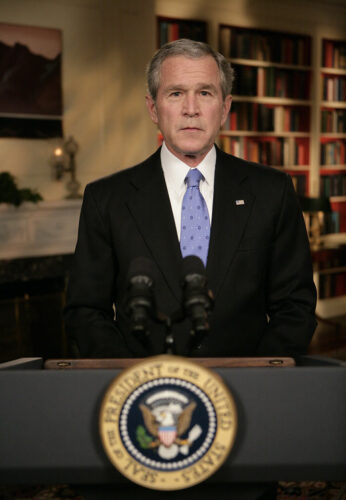 During the Bush administration, the U.S. pressured nations with a cutoff of aid if they did not conclude bilateral agreements giving immunity from prosecution to U.S. military personnel. Congress at the time passed into law the infamous Invade Hague Act, which gives the U.S. permission to intervene militarily in the Dutch city that hosts the ICC to free any U.S. service members being held by the court.

Unlike the U.S., the Norwegian government is a signatory to the Rome Statute and proclaims itself “one of the main backers” of the ICC. In 2010 Norway promised ratification of the Kampala amendment, granting the ICC jurisdiction over the crime of aggression. But it has never followed through. Ferencz declared to the Norwegian newspaper Dagsavisen that “after making such promises, states that fail to ratify the amendment look like hypocrites.”

Hardly anyone today speaks with more moral authority knowledge and experience than Fernecz on how to protect human beings from the horrors of war –and how not to do it, which makes his attack on the Norwegian position all the more remarkable.

In the Nuremberg trial, war of aggression was defined as the supreme international crime, surpassing even the most heinous crimes committed by the Nazis against their victims. Chief American prosecutor, Robert H. Jackson, said at the time:

While Western governments tend to portray military intervention as a tool for preventing other crimes, Ferencz maintains that war of aggression is more likely to provoke war crimes, genocide and crimes against humanity than to prevent them. 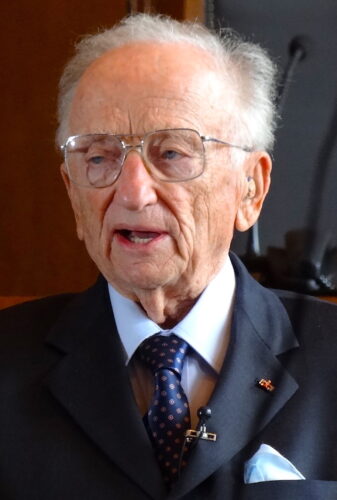 The Norwegian government has so far mostly shunned making public statement revealing its stance on the criminalization of war of aggression. Hence, Norway has avoided international debate about its hitherto failure to ratify the amendment as the Security Council election nears. Norway is running against Ireland and Canada for the two European seats on the Council. [Norway and Ireland were elected on Wednesday.]

This might change, however, as a proposal urging the ratification of the amendment, was introduced in parliament just before the corona crisis hit Norway and paralyzed most parliamentary activity. The private members bill was drafted by MP Bjørnar Moxnes of the left-wing Red Party. When it comes due for debate and parliamentary vote during the coming months, the bill will force the government to show its hand, voting either in favor or against ratification.

Asked by Dagsavisen earlier this year why Norway has still not accepted the amendment prohibiting aggression, the state secretary of the Ministry of Foreign Affairs was non-committal. “The question of Norwegian ratification of the crime of aggression raises a series of questions of principle that will have to be assessed thoroughly before Norway can decide on future ratification,” he said. Though ambiguous, the comment seemed to leave the door open for ratification.

13 comments for “As Norway Bid for Security Council Seat, It Was Accused of Hypocrisy By Nuremberg Prosecutor”