A protest sparked by another police killing of an unarmed, black man spread in days beyond the U.S. Can this upheaval produce serious reform of policing  and economic policy? With Margaret Kimberley, Garland Nixon, Brian Becker and Richard Wolff.

It has been a time, it seems, that many have anticipated, but whose timing could never precisely be predicted.

After 40 years of economic policies designed to create massive income inequality and after 400 years of oppression of African-Americans—and in the midst of a historic pandemic—the social explosion has occurred.

A protest sparked by yet another police killing of an unarmed, black man filmed with mobile phones spread in days beyond the United States. One act of police brutality has led to hundreds of horrific incidents of police violence, dramatically exposing what the true nature of the American police appears to be.

Forget the shield for a moment, and what one sees are heavily-armed, black-clad agents of state violence to protect powerful interests from a population, defrauded and deceived, suddenly no longer accepting it.

The very essence of a 30-year program to militarize local police seemed to be geared towards just this moment, when an abused nation would not take it anymore.

There were numerous questions that explored on tonight’s program.

One was the role of violence in social protest. Martin Luther King’s quote about a riot being the “language of the unheard,” has aptly been making the rounds on social media. The blaming of “outside agitators” emerged again from the depths of the 1960s Deep South, or from Middle East dictators in 2011, when embattled leaders try to deflect their responsibility for pushing a society to the brink.

Authoritarians are fond of saying of their enemies that “violence is the only language that they understand.” But can that be turned around to say that that is the only language understood by oppressive leaders?  Are the acts of a few looters and brick throwers being used to smear massive, peaceful demonstrations?  Are police staging looting to blame on protestors as some videos appear to indicate? Can peaceful protests be sustained long enough to force change?

Ultimately, the question is: can this moment in American history produce serious reform in policing and economic policy to address decades of legitimate  grievance?

With us tonight to discuss these and other questions were:

Brian Becker, a long time coordinator for the ANSWER Coalition and co-host of the radio program Loud and Clear.

Richard Wolff, professor emeritus of economics at the University of Massachusetts, author and a commentator on political and economic issues, and

Watch the replay of “America in Revolt” here with your hosts Elizabeth Vos and Joe Lauria. 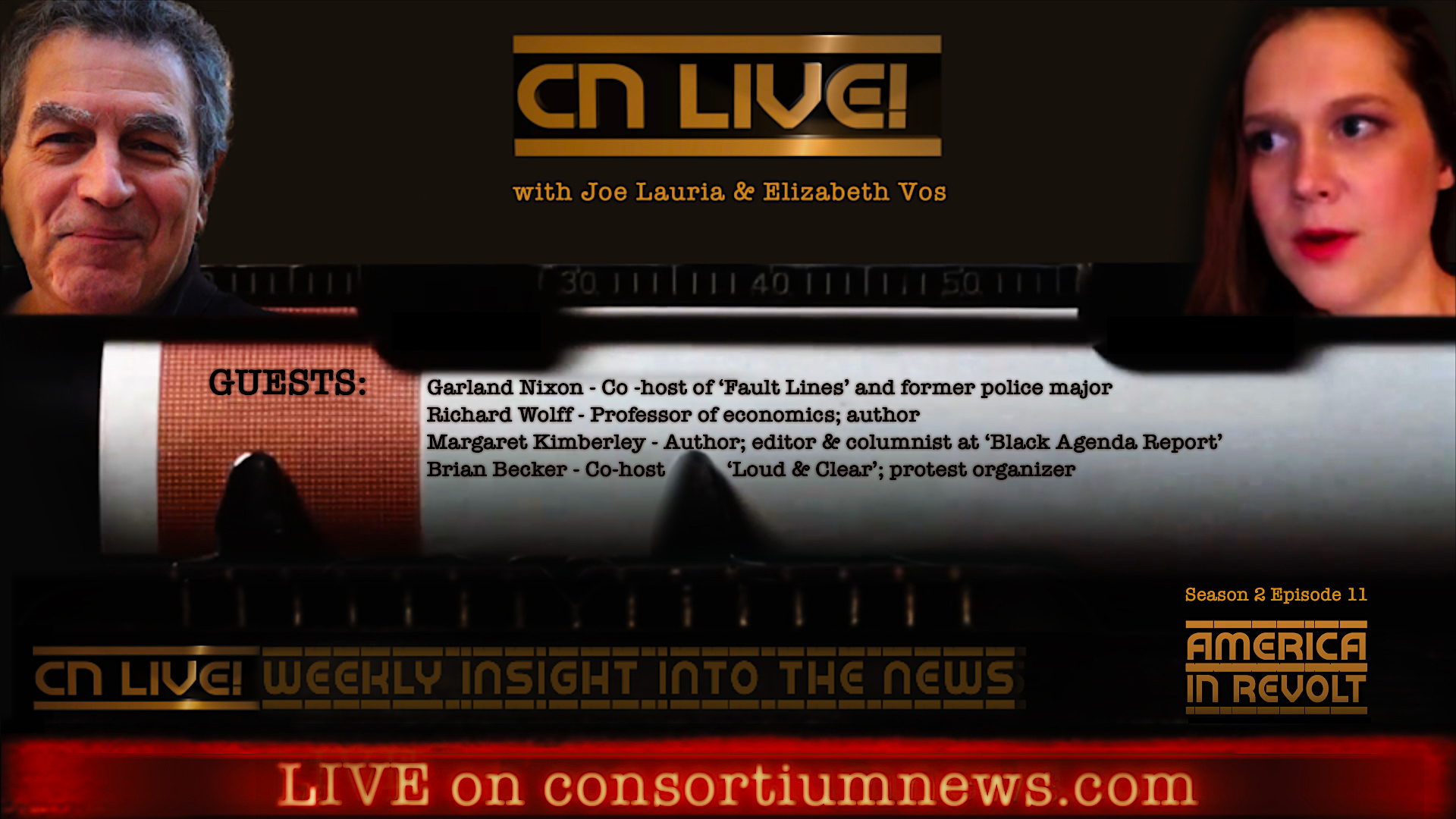