Former U.S. vice president and presumptive Democratic nominee Joe Biden should be named as an alleged perpetrator in a criminal investigation in Ukraine over the firing of the country’s prosecutor general, a judge has ruled, reports Joe Lauria. 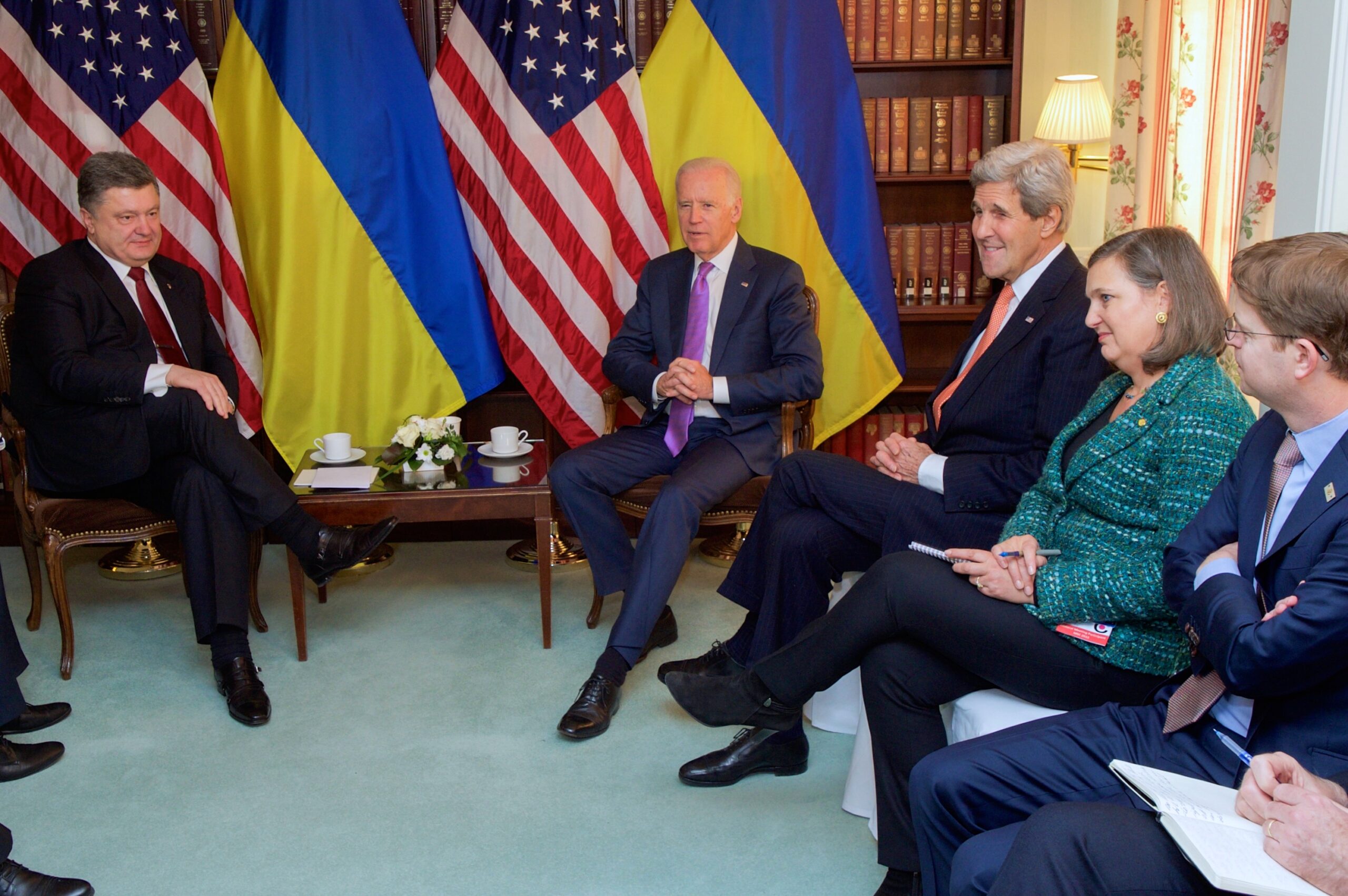 Joe Biden should be named as an alleged perpetrator in a criminal investigation in Ukraine over the firing of former Prosecutor General Viktor Shokin, a Ukrainian judge has ruled.

Shokin has alleged that Biden was illegally behind his dismissal in 2016 by threatening to withhold a $1 billion IMF loan to Ukraine if Shokin wasn’t dismissed.

Last month District Court Judge S. V. Vovk in Kiev ruled that police must list Biden as an alleged perpetrator of a crime against Shokin, according to a report on the website Just the News. The possible crime cited is “unlawful interference in Shokin’s work as Ukraine’s chief prosecutor,” the website said, according to an English translation of the investigative judge’s order obtained by the site.

The district court had earlier ruled that there was sufficient evidence in Shokin’s criminal complaint to investigate Biden, but the police had withheld Biden’s name, listing him only as an unnamed American.

Shokin first alleged last year in a deposition that Biden had pressured then Ukrainian President Petro Poroshenko to fire Shokin because he was conducting an investigation into Burisma Holdings, the gas company on whose board Biden’s son Hunter was installed shortly after the fall of President Viktor Yanukovych in February 2014.

Biden had been appointed the Obama administration’s point man on Ukraine, according to a recorded conversation between then Assistant Secretary of State Victoria Nuland and then U.S. ambassador to Ukraine, Geoffry Pyatt.  Nuland and Pyatt discussed how to “midwife” a new Ukrainian government before the democratically-elected Yanukovych was overthrown. Nuland said Biden would help “glue” it all together.

As booty from the U.S.-backed coup, the sitting vice president’s son, Hunter, within weeks got his seat on Burisma, in what can be seen as a transparently neocolonial maneuver to take over a country and install one’s own people. But Biden’s son wasn’t the only one.

A family friend of then Secretary of State John Kerry also joined Burisma’s board. U.S. agricultural giant Monsanto got a Ukrainian contract soon after the overthrow.  And the first, post-coup Ukrainian finance minister was an American citizen, a former State Department official, who was given Ukrainian citizenship the day before she took up the post. Shokin has alleged, in the same vein, that the U.S. was running the country’s prosecutors’ office.

After Shokin, the prosecutor general at the time, began looking into possible corruption at Burisma, Biden openly admitted at a 2018 conference that as vice president he withheld a $1 billion IMF credit line to Ukraine until the government fired the prosecutor. As Biden says himself, it took only six hours for it to happen.

Biden says the U.S. sought Shokin’s ouster because he was corrupt. But Shokin is citing a letter from the U.S. State Department in summer 2015 that “praised his anti-corruption plan as Ukraine’s chief prosecutor,” according to  Just the News. Biden’s own words at the Council on Foreign Relations event would indicate Poroshenko’s reluctance to fire Shokin, who told the website he has evidence to show the government was satisfied with his work.

An attempt by President Donald Trump last year to get the new Ukrainian president, Volodymyr Zelensky, to investigate Biden while implying military aid could be withheld led ultimately to Trump’s impeachment in the U.S. House of Representatives. The Senate acquitted him.

News of Biden being ordered named in the criminal investigation came days after a member of the Ukrainian parliament released new audio recordings of Biden-Poroshenko conversations that show Biden dangling the IMF loan to get Shokin dismissed.  Zelensky said the recordings would be investigated by police as they may be “perceived, qualified as treason.” Poroshenko branded the leaked audio “fabricated” and a spokesman for Biden claimed to The Washington Post the tapes were “heavily edited … and it’s still a nothingburger that landed with a thud.”

(Biden and Poroshenko in English begins at 6:15)

27 comments for “Biden Should Be Named in Criminal Probe in Ukraine, Judge Rules”