Wanting America to go back to how it was before Trump is like rewinding the same horror movie, writes Caitlin Johnstone. 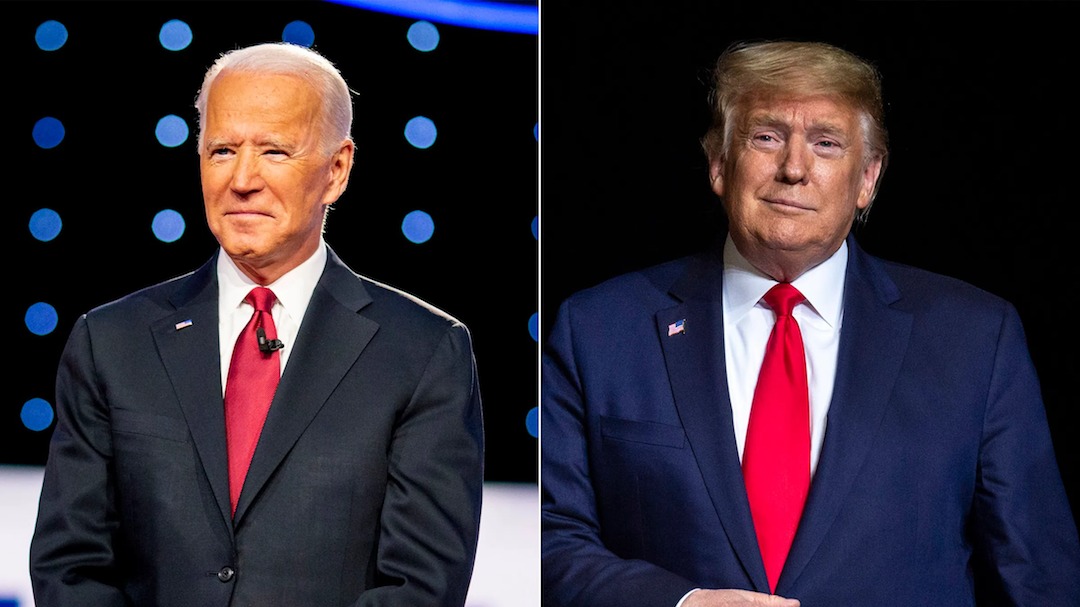 “I am with Joe Biden all the way- let’s get this country back to where it was before the orange man started destroying it!!!”, reads a viral tweet by tennis legend Martina Navratilova that was going around recently.

This idea that President Barack Obama’s vice president will restore normality to a nation that has been ruined by a highly abnormal president has been a very common sentiment among Democrats for a long time now, and it’s silly for a number of reasons.

Firstly, wanting America to go back to how it was before President Donald Trump is wanting the conditions which gave rise to Trump. This is like landing at the bottom of a well and wishing you could go back in time to a few moments earlier when you were merely falling down the well. Wanting the same status quo austerity, exploitation, oppression and warmongering that made people so angry they wanted an obnoxious demagogue to come knock over the whole apple cart is just rewinding the same horror movie to the scene right before the scene that’s scaring you.

Secondly, this fabled “return to normality” that Biden is supposedly offering is literally impossible, since normality never actually left. Normality never left, because Trump is a very normal U.S. president.

I am with @JoeBiden all the way- let’s get this country back to where it was before the orange man started destroying it!!! https://t.co/s8x60DW6aU

Don’t yell at me, it’s true. This is something people who love Trump and people who hate him will be equally vehemently averse to hearing, but it’s just a fact: Donald Trump is a normal U.S. president. If hearing this upsets you your gripe isn’t with me, it’s with reality.

To be clear, this is not a good thing. Trump has kept the bloodthirsty imperialism, corporate cronyism, Orwellian oppression, neoliberal exploitation and police militarization that holds the U.S. empire together ticking along in basically the same way as his predecessors, in some ways more egregiously and in some ways less so. For all the evils he’s helped inflict on our world he still hasn’t done anything as bad as the two wars President George W. Bush launched during his first term, or arguably even Obama’s destruction of Libya and attempted destruction of Syria during his.

Trump hasn’t even matched Obama’s deportation numbers, but he has imprisoned Julian Assange, re-started the Cold War, killed tens of thousands of Venezuelans with starvation sanctions, vetoed attempts to save Yemen from U.S.-backed genocide, is working to foment civil war in Iran using starvation sanctions and CIA ops with the stated goal of effecting regime change, occupied Syrian oil fields with the goal of preventing Syria’s reconstruction, greatly increased the number of troops in the Middle East and elsewhere, greatly increased the number of bombs dropped per day from the previous administration, killing record numbers of civilians, and reduced military accountability for those airstrikes. To name just a few of the ways Trump has continued and expanded upon the depravity of his predecessors just as they did theirs.

Trump is a very normal president. The media just yell about this president a lot more than usual because he puts an ugly face on the horrific normal that was already there. Sure, he makes rude tweets and says dumb things and has made a mess of the pandemic response, but by and large when you strip away the narrative overlay Trump has been a reliable Establishment lapdog advancing more or less all the same status quo imperialist and oligarchic agendas as the presidents who came before him. There are just a lot of Establishment loyalists with a vested interest in spinning the ugliness his oafishness is exposing as caused by and unique to him. 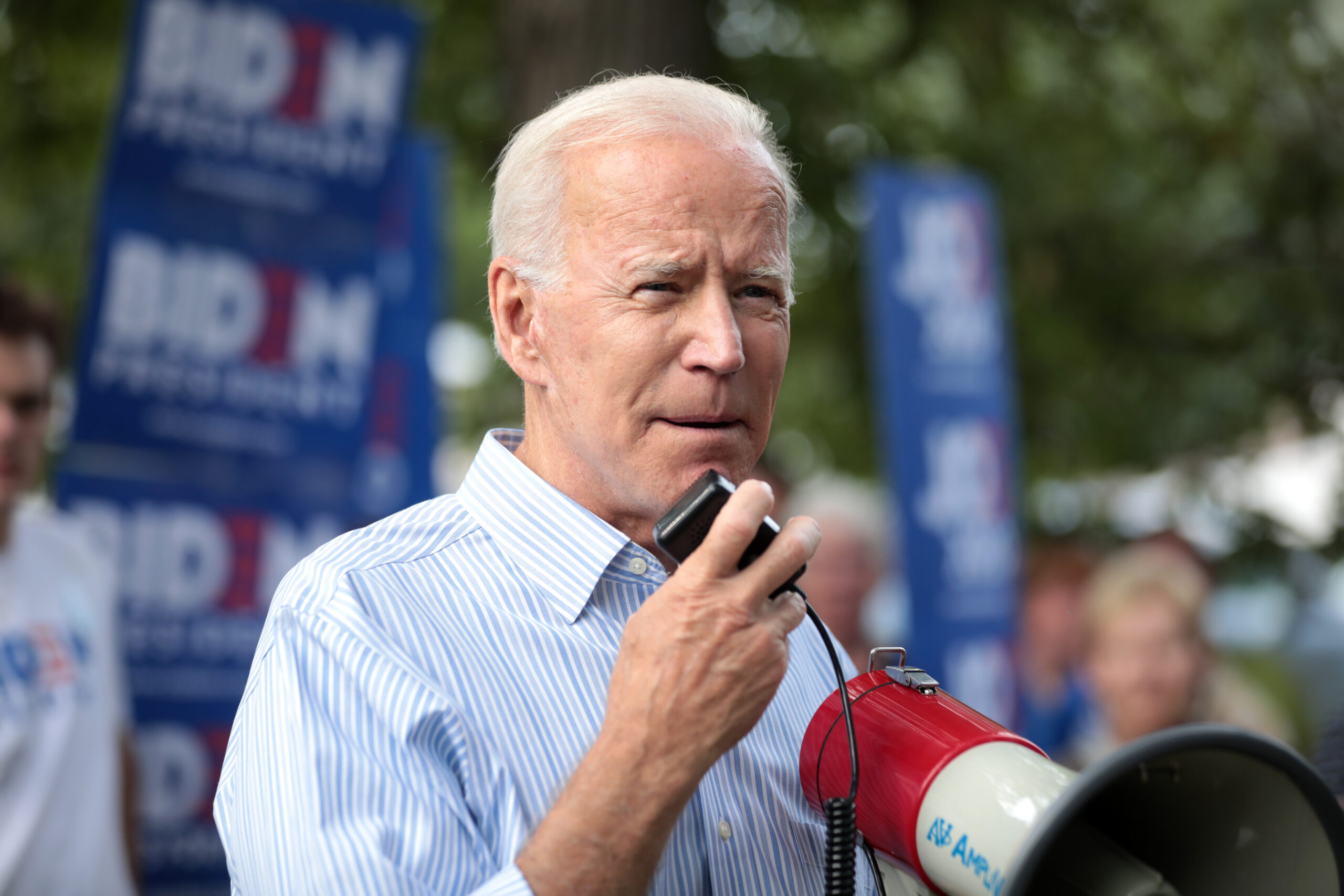 “Biden 2020, for a return to normal. Nothing will fundamentally change, but the media will stop screaming in your face all the time about how freakishly abnormal this particular presidency is.”

“Biden 2020, for a return to normal. No, not a return to sanity, peace, prosperity, democracy and equanimity in America; America never had those things, so there’s no returning to them. We just mean we’ll return to making it easier for you not to think about that.”

“Biden 2020, for a return to normal. To when you were able to sleep comfortably through the violence, insanity and depraved psychopathy of the status quo instead of having it unpleasantly drawn to your attention by rude tweets.”

“Biden 2020, for a return to normal. A return to the days where a competent president makes important decisions in accordance with the will of the electorate. That’s right, a return to a fictional fantasy land where you can live in your imagination.”

“Biden 2020, for a return to normal. A return to the days when you could happily pretend that freakish, murderous madness spanning the entire planet is normal.”

“Biden or Trump 2020, for a return to normal. Because ‘normal’ never bloody left.”

And that’s precisely the problem.

It isn’t Trump’s abnormality that makes him truly heinous, it’s his normality. It’s his perpetuation of a status quo which is brutal, corrupt, and utterly fascistic. And which got there long before he did.

This is what your government is, America. This is what it’s always been. If you don’t like what you’re seeing, don’t just try to put a nicer mask on it so you can go back to sleep. Change it. Change your normal. Create a new normal.

Trump is everything America is. As one reader recently put it, “Trump didn’t make things the way they are, he is the personification of the situation. If the United States was a suit, then it was tailor made for Trump.”

Trump is normal. If you don’t like your normal, America, then push for real change, not cosmetic change. It’s not going to come from any president. It’s going to have to come from you.

← Consortium News Has Been on the Web Longer Than Salon by 5 Days & NYT, LAT, WSJ and WP By Months, Making it Tied for 10th Longest Active Website Thanks to Our Readers’ Generosity
COVID-19: Richest Americans Added $434 Billion in Wealth Since Pandemic Hit →

35 comments for “Biden Can’t Return US to Normal, Because Trump is a Normal President”