Dr. Rick Bright — who was fired from his post at Department of Health and Human Services last month — condemned the White House’s response to the Covid-19 pandemic as fatally slow, disjointed and inadequate, reports Jake Johnson. 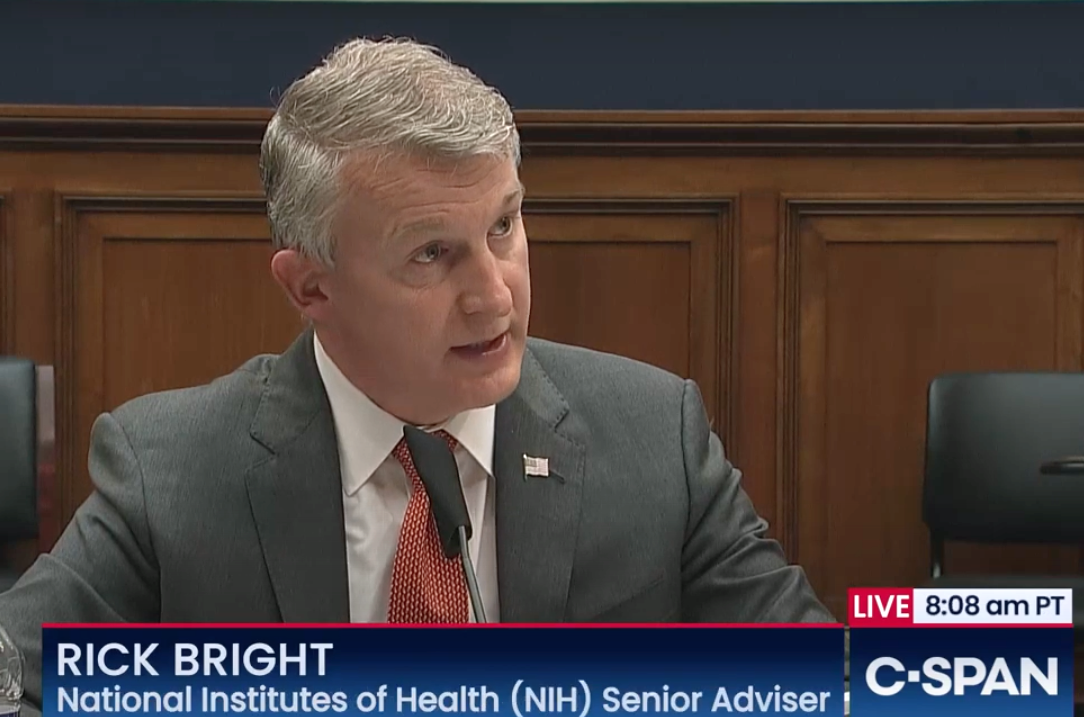 President Donald Trump late Sunday railed against legally protected whistleblowing as a “racket” that should be investigated after federal scientist Dr. Rick Bright — who was fired from his post at Department of Health and Human Services last month—condemned the White House’s response to the Covid-19 pandemic as fatally slow, disjointed, and inadequate.

“I don’t know this guy, never met him, but don’t like what I see,” the president continued. “How can a creep like this show up to work tomorrow and report to [HHS Secretary Alex Azar], his boss, after trashing him on T.V.? This whole Whistleblower racket needs to be looked at very closely, it is causing great injustice and harm.”

Bright is a leading vaccine expert who said in a formal whistleblower complaint to the Office of Special Counsel (OSC) earlier this month that he was removed from his position at HHS in April in retaliation for questioning the administration’s promotion of untested Covid-19 treatments like hydroxychloroquine.

The ousted head of HHS’ Biomedical Advanced Research and Development Authority also alleged that Trump administration officials pressured him to steer lucrative federal contracts to companies with “political connections” to the White House. Bright said he was moved to a lower-ranking role at the National Institutes of Health.

The OSC, the independent agency that investigates whistleblower complaints, found that there is evidence supporting Bright’s claim that he was the target of retaliation by the Trump administration and informed the scientist’s lawyers that it will ask HHS to stay his removal.

“How can federal employees feel safe to speak up when the president wants to take away their legal protections?” McCullough said in response to Trump’s tweet, which was hardly the first time the president has publicly attacked a whistleblower.

In his appearance on “60 Minutes,” his first public comments since testifying before the House last week, Bright pushed back against Trump’s claims that he is merely a “disgruntled” employee.