You will never see Obama or his administration officials brought down by “Obamagate” for the same reason Trump wasn’t brought down by the Mueller investigation: the swamp protects its own, says Caity Johnstone. 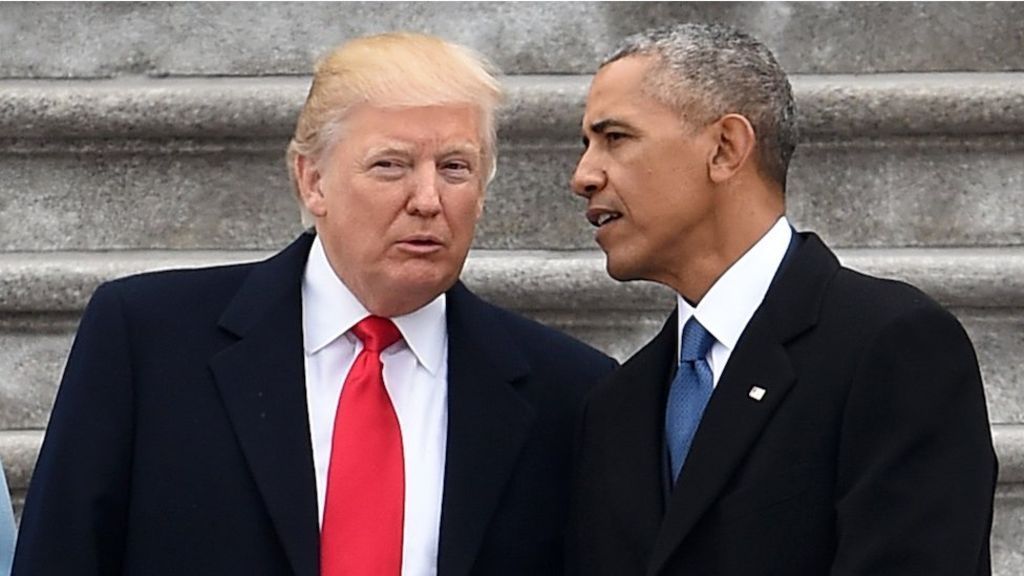 The word “Obamagate” was thrust into mainstream attention by the concerted efforts of Trump and his surrogates after new details on the early days of the Trump-Russia collusion investigation emerged. These details include Obama officials (including Joe Biden) requesting the unmasking of a conversation between Flynn and Russian ambassador Sergey Kislyak, the FBI’s then-counterintelligence director discussing trying to get Michael Flynn to lie during his interrogation about the Kislyak call, and the revelation that there was never any concrete evidence that Russia hacked the DNC.

These are important revelations that are worthy of mainstream attention, but like basically everything else in this stupid, stupid timeline this issue has instead been reduced to the stagnation of vapid partisan squabbling. Democrats and their allied media are finger wagging at Trump for using “conspiracy theories” to distract from his coronavirus failures, and “MAGA” pundits are once again beating the tired old drum that this scandal is going to bring down major Deep State players and drain the swamp once and for all.

Ever since 2016 both of America’s mainstream political parties have been taking turns screaming at the top of their lungs that earth-shattering revelations are right around the corner which are about to obliterate the other party any minute now, and if you’re still buying into this show I highly recommend you also take up watching WWE, because you’ll definitely love it.

“By any normal standard, former FBI Director Comey would now be in serious legal trouble, as should [former Director of National Intelligence James] Clapper, former CIA Director John Brennan, et al,” Ray McGovern wrote for Consortium News the other day. “Additional evidence of FBI misconduct under Comey seems to surface every week — whether the abuses of FISA, misconduct in the case against Gen. Michael Flynn, or misleading everyone about Russian hacking of the DNC. If I were attorney general, I would declare Comey a flight risk and take his passport. And I would do the same with Clapper and Brennan.”

Indeed, this would be the “normal standard”, yet it hasn’t happened. Neither Comey nor Clapper nor Brennan are in any legal trouble at all, nor will they be, nor will any other major player responsible for leading America on a crazy collusion wild goose chase which accomplished nothing but distracting from real issues and manufacturing consent for mountains of cold war escalations against Russia.

You will never see Obama or his administration officials brought down by “Obamagate” for the same reason Trump wasn’t brought down by the Mueller investigation: the swamp protects its own. Both Obama and Trump administrations are packed full of crooks and mass murderers who could and should be imprisoned for any number of offenses, but they won’t be, because that would require a prosecutorial body that is separate from the swamp of corruption with which both of America’s mainstream parties are inexorably interwoven. You cannot use the swamp to drain the swamp.

Do you know why Trump never made good on his campaign platform of locking up Hillary Clinton? Besides the fact that their entire conflict has always been fake, I mean? The Trump administration could easily have found grounds upon which to prosecute Clinton if they wanted to, but going after a loyal establishment swamp monster would have brought the wrath of the entire swamp down upon him. As soon as he had a political opponent in office, if not before, Trump would himself be facing criminal prosecution. By collaborating with the swamp you ensure your own protection, and by attacking it you ensure your destruction.

A fundamental point that many Russiagate-peddling left pundits — including fake "adversarial" voices like @mehdirhasan — cannot process in their minds, because doing so would threaten their club membership. Russiagate helps clarify where priorities really lie. https://t.co/FQPnUCtoUc

That’s why no serious attempt has ever been made to remove Trump from office; he’s been playing nice with existing power structures without challenging them in any meaningful way. Everyone who knew anything was aware that the Mueller collusion would never go anywhere, and anyone who could count Senate seats knew impeachment would fizzle. It was all kayfabe conflict so that Trump’s “opposition” could present the appearance of opposition without interfering in agendas they themselves support or prosecuting crimes of which they themselves are also guilty.

It’s also why Obama never had any intention of prosecuting Bush’s heinous war crimes, citing “a belief that we need to look forward as opposed to looking backwards”. In reality Obama always understood that in order to play the “president” role (and enjoy its massive perks for the rest of his life), he’d need to collaborate with establishment power structures rather than upsetting them. He knew that if he were to go after Bush he’d ensure his own destruction; under “normal standards” prosecution is the only sane and normal response to war crimes, but in the Mutually Assured Destruction environment of establishment corruption, there are no normal standards.

I point this out because it’s painful to watch people on both sides continually getting their hopes up that the big KABOOM is right around the corner which will finally vindicate their worldview and punish their partisan rivals. It will not happen. Trump will not drain the swamp, and neither will Biden or whatever soulless swamp monster inhabits the White House next. You were lied to. It’s good to be aware of surveillance abuses, mass-scale psyops and media malpractice, but definitely abandon hope that any of this will lead to any major changes in the establishment itself.

If we want real change, it cannot and will not come from either of the two mainstream political factions whose primary job is preventing real change. It’s going to have to come from the people; we’re going to have to find a way to punch through the propaganda brainwashing, wake up to reality, and use the power of our numbers to force the changes which will benefit us past all the oligarchic safeguards that have been placed in front of us to prevent us from doing so.

This is a lot less pleasant than believing some magical hero in a white hat is going to ride in and do all our work for us and all we need to do is relax and “trust the plan.” It’s a lot less comfortable than expunging the fake two-party worldview from our minds which vast fortunes and years of conditioning have gone into manufacturing. But it is reality.