Like cancer, capitalism grows until it murders the host body. During this pandemic shutdown, it’s not getting the growth it needs and parts of it are becoming benign.

With most of the country still on lockdown, all is quiet. For those of us lucky enough to be healthy and simply stuck at home — not in mourning; not sick or dying; not performing high-risk “essential” work; not waiting on long food bank lines  — life is on pause.

We’re held in limbo. Our existence floats nonchalantly in a bizarre stasis like the banana slices inside a Jell-O mold. Or the fish on the top of a child’s fish tank, long dead. The things we thought mattered, now don’t. The things we thought didn’t matter, now really don’t. Remember when you thought if you didn’t get your eyebrows threaded every other week your life was over? Now people walk around with eyebrows looking like the backend of a peacock. No one cares.

Remember what used to matter before this pandemic? Remember what you used to focus on? How many “likes” a picture of your dinner got on Instagram. What happened in the new episode of “The Voice,” or “The Real Housewives” or “The Walking Dead” or “The Farting Diseased.” Which superhero movie to go see then complain that it sucked afterwards. Whether that guy at work doesn’t like you even though he smiles his stupid face at you all the time.

None of it really mattered. 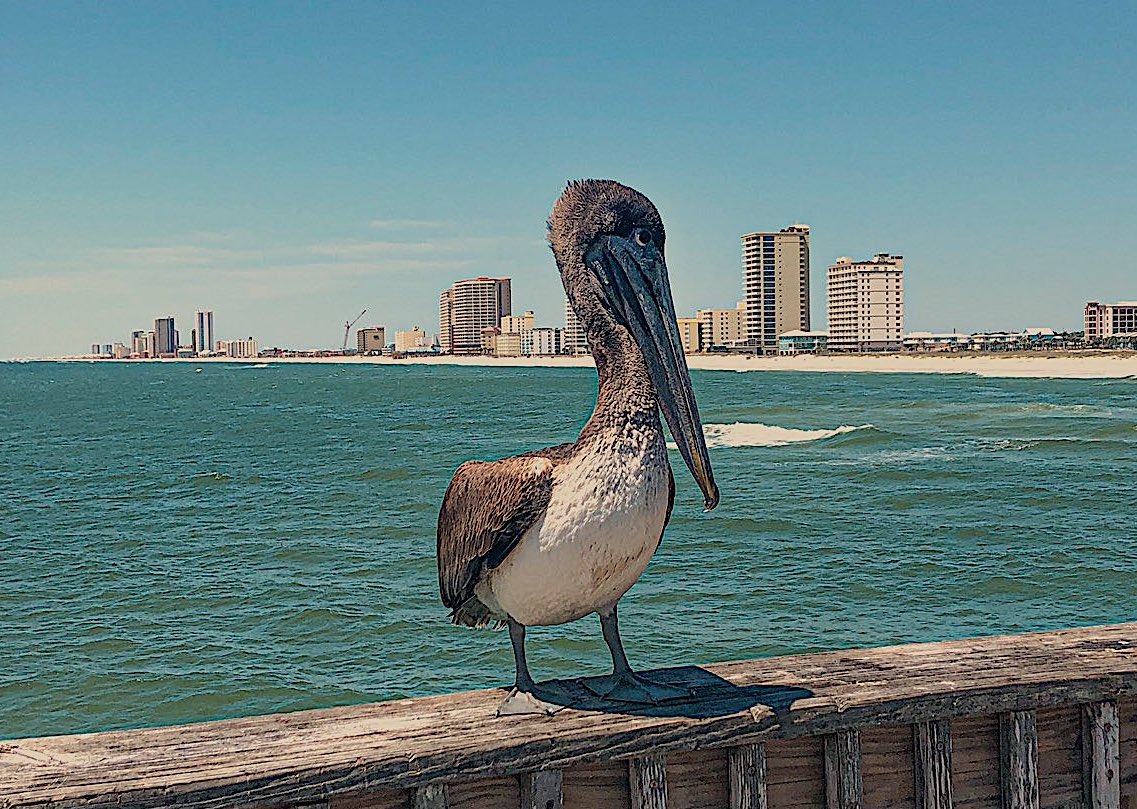 For years (decades?), we’ve been lost in the frenetic pace of lives based on non-events, never pausing to reassess or recess. The spastic motion of avoidance filled the ether — afraid if we stop to truly think about it, we may find our scant few years of consciousness are pissed away as slaves at often meaningless jobs. They, the pustulant corporate owners, suck away our lives. That’s what your job is – it’s a piece of your existence. And now, with life on holiday, we see almost none of it was essential.

This pandemic is not just a crisis, it’s also a gift. It allows us the oxygen to notice the things we’ve been ignoring were the truly essential:

– Enjoying clean water, clean air, clean food, and making sure every human has that right

– Forming a world that will last longer than an NFL season

Point is — the stuff that truly matters is the stuff we were completely ignoring, blithely pushing it to the back of our minds as our planet is eaten for corporate profit. But now, during “life on hold” the natural world reclaims spaces. Beaches around the globe teem with millions of birds and wildlife, no longer flooded by undulating masses of fleshy apes with our frisbees, and snorkels, and beer coolers and entitlement.

As reported by Mercury News, “In Los Angeles, the air quality, which is usually some of the worst in the nation, has turned into one of the cleanest compared to other major cities. Even more impressive is the fact that the city has enjoyed its longest stretch of ‘good’ air quality since 1995.“ Do you understand how long ago 1995 was? In 1995 there was a movie called “Top Dog”starring Chuck Norris and — wait for it — a dog. Yet such a thing was not viewed as unusual. And the dog won a Golden Globe. Needless to say, it was a different era.

Nitrogen Dioxide has plummeted over China and Italy during this pandemic. Coyotes walk free again in California, eating people’s pets the way God intended. A zoo in Hong Kong has been trying to get two pandas to Netflix and chill for 10 years. And now that the zoo is shut down, they finally mated. What more proof do you need that we’re witnessing utopia? The pandas are shtupping again!

But let’s cut to the chase — and I’m sorry if the next statement upsets you — but in order to stop climate change and create a sustainable world, it requires the end of capitalism. I know I’m not “allowed” to say that. Saying such a thing would be heresy on one of the corporate media dog-and-pony bullshit infotainment hours. If I spoke that unholy fact on CNN or Fox News or CBS or NPR, a tranquilizer dart would immediately hit me in the neck, and they’d cut to a commercial while my lifeless body was dragged off.

But let’s take our intellectual honesty out for a spin, shall we? As Guardian columnist George Monbiot said, “Capitalism has three innate characteristics that drive us towards destruction… firstly, that it generates and relies upon perpetual growth.”

Endless growth on a planet with finite resources. Such a thing is physically impossible, no more scientifically feasible than Secretary of State Mike Pompeo touching his toes. The reason we’re now in the largest economic crisis since the Great Depression is because capitalism requires nonstop growth, much like cancer. Also, like cancer, it grows until it murders the host body. And during this pandemic shutdown, it’s not getting the growth it screams out for. During this brief respite, many parts of capitalism are benign.

The second problem is “…the idea that our right to own natural wealth equates to the amount of money that we’ve got in the bank or we can borrow. So, you can take as much natural wealth away from other people as you like.”

You can buy all the land, water, and air you want — even as others die from starvation or thirst. It means that no matter what environmentalists do to try to mitigate climate change, the richest corporations in the world can easily undo it by buying and polluting ever more. It also means the biggest sociopaths in the room (the world?) have the most impact.

“The third characteristic is the one that really ensures that people go along with capitalism, the idea that everyone can pursue — and can expect to find — private luxury.”

But of course, that’s impossible. If everyone lived the way the top 1 percent live, then the planet would collapse quickly, and in fact it’s crumbling anyway, right now, because of the resources used and the refuse discarded by a small percentage of humanity. …Sure, I admit I like to keep my private jet air-conditioned to a nice 58 degrees F on the hottest days of summer and stocked full of rare endangered fish filets. Not for me – for my five dogs who are bathed in only the freshest spring water shipped in from Alaska. BUT, I recycle the filet packaging. So, I think I do my part.

The cold truth is 90 percent of humanity will never enjoy anywhere near the soft luscious luxury that envelopes the richest among us. In fact, the World Bank says that nearly half of the world lives on less than $5.50 a day. (Not enough for even one fresh Alaskan salmon filet for your dog.)

As our planet disintegrates under the weight of consumption and greed, most people are trapped in extreme poverty. And that’s how the system of capitalism is designed. No mistake. No whoopsy. No boo-boo. It’s by design. Slightly altering capitalism will not change this reality, just as tilting a gun in a different direction does not make it a pony.

If we take away the false promises of capitalism and just say to people, “Private luxury is only for a few humans. You will never have it and won’t even have the chance at getting it” – if we admit that – then the entire justification for capitalism evaporates.

I’m not saying I have all the answers, but the pandemic shutdown has shown us the problem. It has revealed what the world looks like without as much pollution, without the chaos and roar of mostly meaningless “work” performed by the exploited, using materials stolen from the abused, for the benefit of the pampered and oblivious.

Another world is possible, and we’ve just gotten a glimpse of it.

61 comments for “LEE CAMP: Pandemic is Not Just a Crisis, It’s Also a Gift”