Donald Trump is threatening the Post Office’s vital services during a pandemic in which 900 postal workers have tested positive and over 35 have died, writes Chuck Zlatkin. 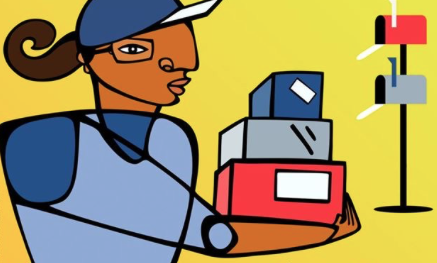 By Chuck Zlatkin
The Indypendent

Donald Trump is an enemy of public mail service. He made it clear that he would not approve the so-called stimulus package passed by Congress last month if there was any relief for the U.S. Postal Service.

Postmaster General Megan J. Brennan told the House Oversight and Reform Committee on April  9 that if the Postal Service didn’t receive relief, it would run out of money by September. Most people don’t realize the Postal Service receives no taxpayer money. It supports itself on the sale of stamps and other services.

The Covid-19 pandemic has devastated the economy and with it, the income of the Postal Service. It is not the first time this has happened. In 2008, the economic crisis created by the greed of Wall Street and the banks brought about the closing of post offices and more than two-thirds of mail-processing centers, and a reduction in delivery standards. The Postal Service was already reeling from the financial burdens placed on it by Congress with the passage of the Postal Enhancement and Accountability Act of 2006, which requires it to put about $5.5 billion a year aside to cover the costs of retirees’ healthcare 75 years in advance.

The virus poses an immediate threat to postal workers’ health and safety. There are 600,000 postal workers who sort, transport and deliver the mail, who sell stamps and money orders in over 31,000 post offices. When Covid-19 hit, the Postal Service wasn’t much better than Amazon or McDonald’s in supplying personal protective equipment for its workers. 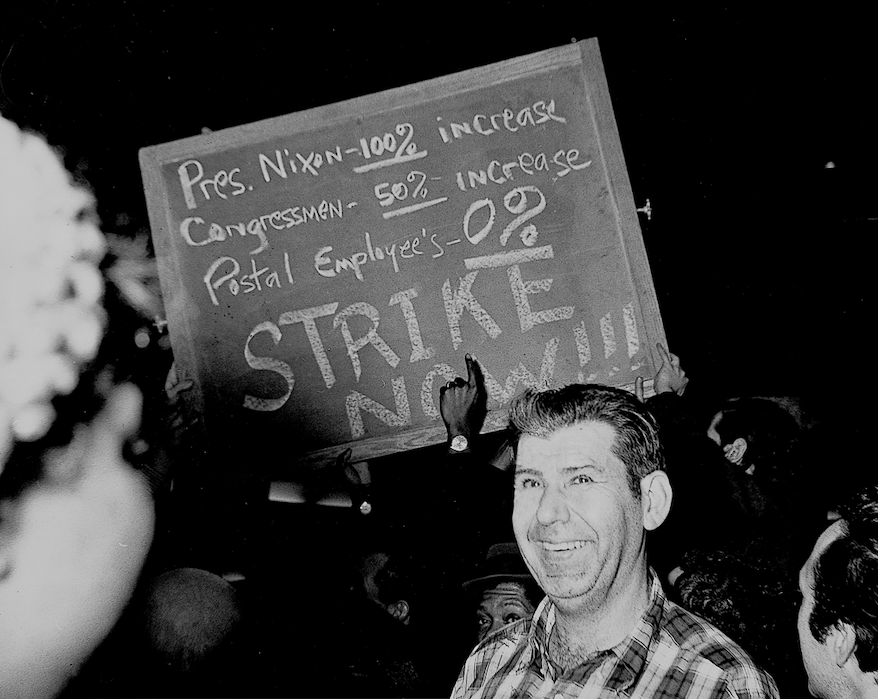 The big difference is that postal workers are unionized and have collective bargaining agreements. The unions, particularly the American Postal Workers Union, took up the fight. The Postal Service eventually moved to get its workers the equipment necessary for their safety, but it took too long and isn’t yet universal. This may explain why over 900 postal workers have tested positive for Covid-19 infection and over 35 have died from it.

Much of Trump’s animus for the Postal Service stems from his anger at Amazon’s Jeff Bezos’ ownership of The Washington Post. He falsely claimed that the Postal Service doesn’t make money on its agreement with Amazon. But privatizing the Postal Service has been a goal of the far right for generations. Not surprisingly, the task force that Trump created to study the postal system, headed by Treasury Secretary Steven Mnuchin, came up with a report in December 2018 calling for the eventual sale of the Postal Service to private corporations. Six months earlier, the federal Office of Management and Budget came out with a plan to make it more attractive to potential buyers by eliminating collective bargaining for postal workers’ wages.

Postal workers won that right because of the Great Postal Strike of 1970. It was memorialized with the creation of the APWU in 1971 and in the national agreement that the union has as the representative of workers, just as the National Association of Letter Carriers, the National Postal Mail Handlers and the National Rural Letter Carriers Association have in their contracts. This is a great irritant to Trump because other federal workers don’t have these rights.

The push for privatization brings together two forces on the right: the anti-government ideologues who are at war with the Postal Service because it is consistently the nation’s most popular government agency, and the private corporations who want to get their piece of the $80 billion in business the USPS does each year. Of course, those corporations have no intention of providing the same level of service. They would almost certainly raise prices and cut or eliminate delivery in rural areas.

Now, with the pandemic of 2020 stifling the economy, the Postal Service is suffering financially again. The original House stimulus bill called for $31 billion in aid, much of it as a grant that wouldn’t have to be paid back. Trump only allowed a $10 billion loan, putting the Postal Service further in debt.

In addition to providing essential services to people all over the nation, the postal service also employs more veterans and disabled veterans than anyone else. It provides living-wage, union jobs for its workers.

Rather than shutting the post office or selling it, the Postal Service’s infrastructure should be used to add more services for the American people. Postal banking can provide a solution for the millions of unbanked and underbanked people who have been abandoned by the commercial banks and preyed upon by the payday-loan industry.

Voting by mail is becoming increasingly popular. Three states, Washington, Oregon and Colorado, conduct their elections solely by mail and consistently rank among the highest in voter participation. In the age of Covid-19, voting by mail would guarantee voting access to all. The leading opponent of voting by mail is Donald Trump. This could be another reason why he has the Postal Service in his cross-hairs.

The post office, founded in 1775 by Benjamin Franklin, is older than this country. It is owned by the people and it should stay that way. The U.S. Mail Is Not for Sale!

Chuck Zlatkin is the legislative and political director of the New York Metro Area Postal Union, part of APWU.

← COVID-19: How to Destroy America from the Top Down
LEE CAMP: Pandemic is Not Just a Crisis, It’s Also a Gift →