John Wight says that the U.S. president, in seeking to weaponize the virus to salvage his own reputation, has set his face against humanity. 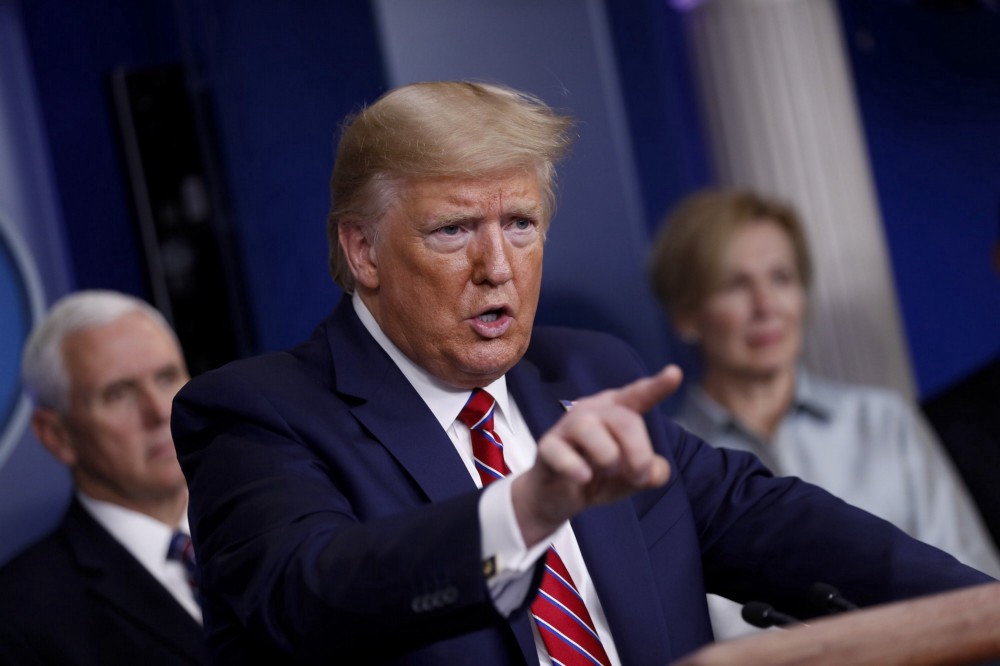 In the midst of a global pandemic Donald Trump has gone berserk, lashing out with increasing venom at the media at home for daring to ask uncomfortable questions — his now customary jeremiads and verbal broadsides against them a now daily occurrence as he dissembles and deflects like a man whose meltdown is near complete — while attacking China and the WHO abroad; more or less claiming that the latter is an agent of the former, with the former a dagger pointed at the heart of the world.

In this the 45th president of the United States has begun to move perilously close to the ranks of the growing number of conspiracy theory nuts in our midst, with their ludicrous assertions as to the origins of coronavirus and, inter alia, the sinister agendas of Bill Gates, the Chinese government, the Illuminati, along with the role of 5G masts in facilitating its spread. As Trump becomes more embattled and struggles to answer the justified criticism of his handling of the crisis, and as his approval numbers dip, his rampant megalomania makes him ever-more-susceptible to the charms of conspiracy theory as a route out of the reality he’s chosen to divorce himself from.

Facts though, as an early U.S. president, John Adams, so helpfully put it, are stubborn things; and whatever may be our wishes, our inclinations, or the dictates of our passion, they cannot alter the state of facts and evidence. And where the World Health Organization is concerned, the part it has played in warning and helping to prepare the world for this pandemic, the facts are as follows:

Jan. 20 is a crucial date in the trajectory of coronavirus and the world’s preparedness. For it was on this day that the Chinese government sent the country’s top epidemiologist, Zhong Nanshan, to Wuhan to investigate a virus which by then was spreading rapidly through the city’s 11 million people. Dr Nanshan soon thereafter went on national television to warn the Chinese people to avoid Wuhan, reporting that coronavirus was spreading quickly and that doctors were dying of it. Zhong also revealed that local officials had attempted to cover up the seriousness of the contagion, going so far as to infer that the mayor of Wuhan and rising star within the Chinese Communist Party, Zhou Xianwang, was a liar. 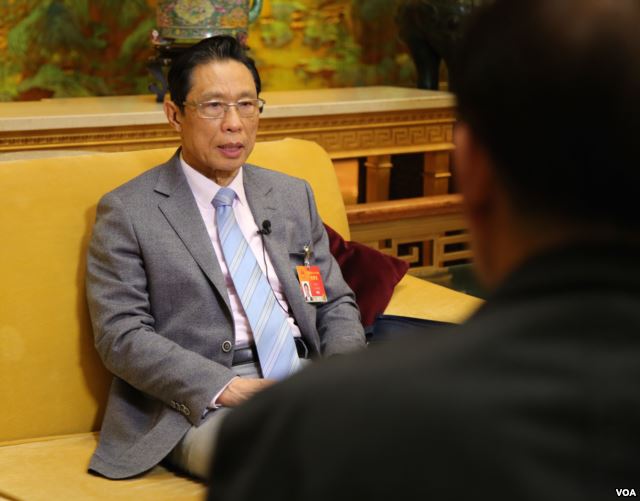 Two days after after Nanshan’s television address the Chinese government locked down Wuhan, stopping anyone from either leaving or entering and enforcing strict restrictions on movement within. Dr. Zhong Nanshan, it should be mentioned, led China’s response to the SARS outbreak of 2002 and 2003.

The important point to emphasis is that while local officials in Wuhan, up to and including the city’s mayor, attempted to cover up and downplay the seriousness of the virus in its early stages, there was no attempt by the Chinese government to do so. Instead Beijing responded with impressive alacrity and organization, pouring in thousands of doctors and troops, building temporary hospitals, introducing mass testing and contact tracing, and getting on top of the outbreak in a manner that has put Europe and the U.S. to shame.

Indeed, so impressive were the measures China adopted early on to deal with the virus, Trump was on Jan. 24th tweeting the following:

China has been working very hard to contain the Coronavirus. The United States greatly appreciates their efforts and transparency. It will all work out well. In particular, on behalf of the American People, I want to thank President Xi!

As to the travel ban Trump enforced on flights coming into the U.S. from China, which constitutes the main plank of his risible deflection, we learn from Richard Perez-Pena and Donald G. McNeil Jr.  of The New York Timesthat “airlines had already canceled the great majority of flights from China, and other countries cut off travel from China at around the same time Mr. Trump did.”

On the WHO’s alleged mishandling of the outbreak, meanwhile, and its “China-centric” bias in the way it accepted at face value what it was being told by Chinese officials about the virus, thus failing to respond properly, in the same article the opposite is argued.

“the organization (WHO) had already taken steps to address the coronavirus, even before Dr. Zhong’s awful revelation, drawing attention to the mysterious outbreak.

On Jan. 12, Chinese scientists published the genome of the virus, and the W.H.O. asked a team in Berlin to use that information to develop a diagnostic test. Just four days later, they produced a test and the W.H.O. posted online a blueprint that any laboratory around the world could use to duplicate it.”

Unlike other countries, the U.S. Centers for Disease Control and Prevention (CDC) declined to adopt the German diagnostic test and insisted on producing its own. However, a flaw in the CDC initial test led to a delay in mass testing and thus allowed the virus spread more rapidly in the U.S. It should also be noted that Trump attempted to buy a German pharmaceutical company that is currently working on developing a coronavirus vaccine with the objective, according to reports, of moving the company’s research “wing to the United States and develop the vaccine for the US only.”

The pristine truth is that Donald Trump’s megalomania and sociopathy have been laid bare. With over 40,000 dead and counting from Covid-19 in the U.S., his failure to act with anything like the urgency of Beijing for six whole weeks after the WHO declared the virus a Public Health Emergency of International Concern has been tantamount to criminal negligence. Further still, his continuing denial of the seriousness of the pandemic, defying scientific medical advice in talking up the prospect of returning to business as usual in the coming weeks, marks him out as a clear and present danger not only to his own people but the entire world.

In seeking to weaponize coronavirus in the interests of salvaging his crumbling reputation and credibility, Trump has set his face against humanity. And those who would prioritize the needs of the economy over public and global health at this time are, in the words of Erich Fromm, suffering from the “pathology of normalcy.”

Returning to the way things were is out of the question, and it’s out of the question simply because the ways things were is responsible for the way things are. This is precisely why Trump and his cohort of machine men and women with machine hearts are the enemy inside the gates. We can only hope and pray that the American people wake up to the fact sooner rather than later.

The rest of the world already has.

6 comments for “COVID-19: Neither China Nor the WHO Are to Blame for Trump’s Failures”