With the British state’s failure to provide basic medical care and safety to inmates, and its often punitive and cruel policies, the disease of disdain for human life and rule of law has now become pandemic, writes Nozomi Hayase. 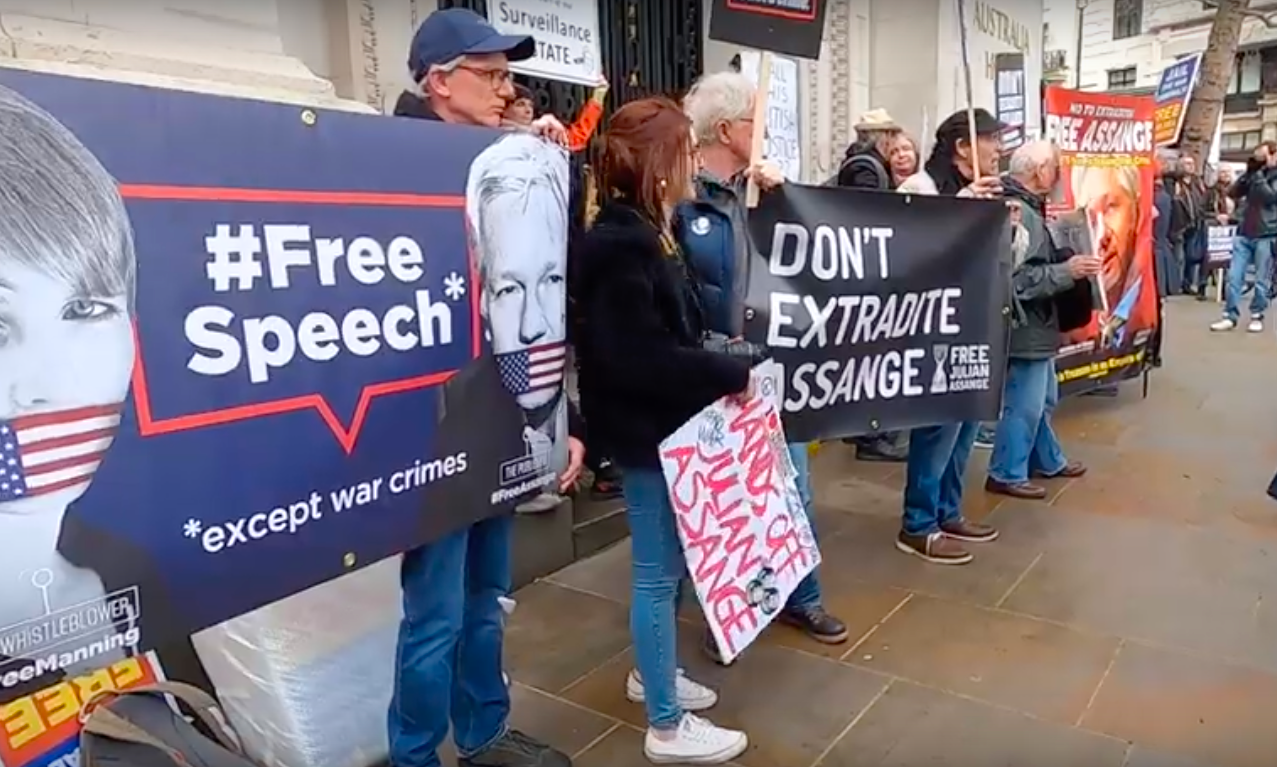 Amid the Covid-19 pandemic, with the world screeched to a halt, the prosecution of WikiLeaks publisher Julian Assange continues. At the case management court hearing on April 7, Judge Vanessa Baraitser ruled that Julian Assange’s extradition hearing would resume in May as previously planned despite the global spread of coronavirus and that, if needed, there would possibly be a further hearing in July.

The effect of the Covid-19 outbreak was notable in the unusually empty courtroom. There were reportedly five journalists spaced along the counsel benches and five supporters in the gallery, with all lawyers dialing in. Assange – who is being held solely for the U.S. extradition request in south-east London’s high-security Belmarsh prison – was not present in person or via videolink.

Deepa Govindarajan Driver, one of the five members of the public in the courthouse, later shared her account: that she and several others heard a court official say that Assange was “unwell” and therefore not able to attend the hearing.

Defense lawyer Edward Fitzgerald QC, speaking via a telephone link, argued that the second part of Assange’s hearing, listed for three weeks starting May 18, should be delayed until September as coronavirus related restrictions makes it difficult for his client to have a fair hearing at the earlier date. Fitzgerald spoke about the challenges of his legal team having access to Assange due to the Covid-19 pandemic.

The threat of coronavirus affects everyone indiscriminately. On the prior Sunday evening, dismay swept over Britain as Prime Minister Boris Johnson was moved into intensive care after being admitted for coronavirus-related breathing difficulties. With no space for social distancing and multiple people being placed in one cell, prisons have particularly become the epicenter of the virus. In the U.K. there are now 88 prisoners and 15 staff who have tested positive for Covid-19. Reportedly, two Pentonville Prison staff members recently died.

In response to the coronavirus pandemic, the British Ministry of Justice announced it was preparing to release thousands of low-risk inmates in England and Wales. Yet Assange was excluded from this temporary release. Australian Associated Press confirmed with the Ministry of Justice that Assange, who is being held on remand, will not be eligible for an early Covid-19 release from prison with other inmates because he is not serving a criminal sentence.

A Belmarsh prisoner list obtained by journalist Matt Kennard, a co-founder of Declassified UK, showed Assange being one of just two inmates of the 800 at London’s Belmarsh maximum security prison who are being held for violating bail conditions (20 percent of prisoners are murderers, with nearly two-thirds violent offenders).

Investigations by Declassified UK also revealed that Belmarsh prison’s poor conditions lack adequate precautions against infection, particularly in a dental facility that has been repeatedly criticized by prison inspectors. The report indicated that such unsafe prison conditions put Assange, who has significant dental problems along with a lung condition, at great risk of being exposed to coronavirus. 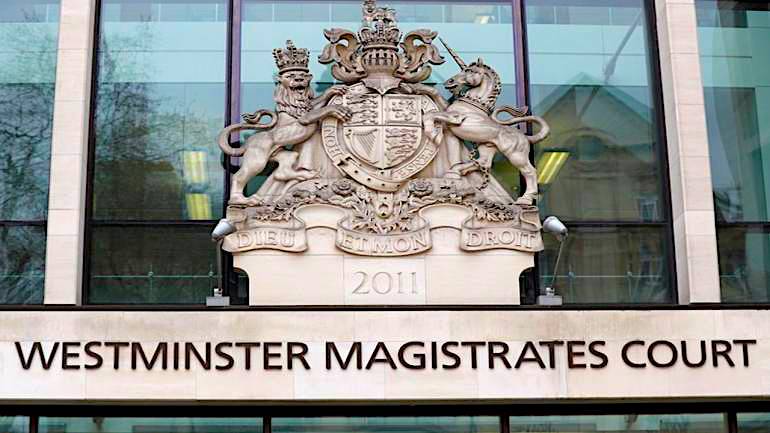 Due to these health concerns, Assange’s lawyers made an emergency bail application two weeks ago for his temporary release. On March 25 Judge Vanessa Baraitser, who refused to postpone the proceeding of U.S. extradition request on Tuesday, rejected the bail application, stating that “No cases of Covid-9 having been confirmed in HMS Belmarsh.”

After the judge’s vindictive ruling, former Green Party Presidential candidate Dr. Jill Stein noted: “Assange is at dire risk in UK prison. Even before #Covid_19nearly 200@Doctors4Assangec alled for his release due to health emergency. As a nonviolent prisoner awaiting trial he should be released on bail. If he dies, how is this not premeditated killing of a political prisoner?”

Assange is at dire risk in UK prison. Even before #Covid_19 nearly 200 @Doctors4Assange called for his release due to health emergency. As a nonviolent prisoner awaiting trial he should be released on bail. If he dies, how is this not premeditated killing of a political prisoner? https://t.co/3I3JkulANk

With the British state’s failure to provide basic medical care and safety to inmates, and its often punitive and cruel policies, the disease of disdain for human life and rule of law has now become pandemic. From media organizations to prisons and courts, depravity has infected every aspect of our society. As corruption of the system signals the crisis of Western liberal democracy, the moral courage of the informed public becomes the only antidote to the virus of injustice that has begun to suffocate the heart of democracy. 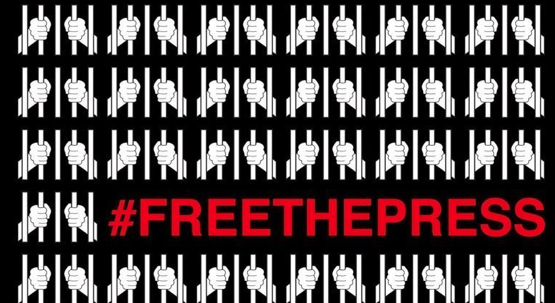 Responding to the government’s inaction and medical neglect, a network of resistance has begun to emerge. The Committee to Protect Journalists (CPJ) has launched a petition on behalf of 250 journalists behind bars, calling on authorities to free political prisoners immediately and unconditionally. More than 28,000 people have now signed the petition urging the U.K. government to release Julian Assange from Belmarsh Prison before Covid-19 spreads further. Members of Parliament are being asked to take action.

On Thursday, parliamentarians from Assange’s native Australia pressed U.K. officials to release Assange into home detention. In a letter addressed to Bob Neill, chair of the U.K. Commons Justice Committee, and Robert Buckland, the British lord chancellor and secretary of state for justice, a pair of Australian MPs, Andrew Wilkie and George Christenson, argued that Assange, who is a nonviolent remand prisoner with no history of harm to the community, is “not convicted and is thus entitled to the presumption of innocence.” They also emphasized that doctors have warned that Assange is “at high risk from dying” if he contracts Covid-19.

Assange has been indicted with 17 counts under the US Espionage Act related to WikiLeaks’ 2010-11 publications concerning U.S. wars in Iraq and Afghanistan, embarrassing U.S. diplomatic details, and U.S. torture in Guantanamo Bay Prison. Sunday April 5 marked the 10-year anniversary of WikiLeaks’ publication of the “Collateral Murder” video, exposing war crimes and killing of innocent civilians including two Reuters journalists.

On Thursday Assange’s friend and independent video journalist Vaughan Smith noted on social media that Assange called him from Belmarsh prison a day before and told him that “his incarceration in the time of Covid 19 threatens his life.” Smith wrote:

“Julian is now confined alone in a cell for 23 1/2 hours every day. He gets half an hour of exercise and that is in a yard crowded with other prisoners. With over 150 Belmarsh prison staff off work self-isolating, the prison is barely functioning”.

In the Covid-19 emergency, the prosecution of Julian Assange is aggressing further. Coronavirus has now hit Belmarsh. It has been alleged that there have now been four coronavirus cases among prisoners, with one of them having died. Now, the threat of the extradition to the U.S., where he could be sentenced to 175 years in prison, has become an imminent risk to his life. Under the menace of a killer virus, Assange becomes ever more defenseless and the notion of a free press is given a death sentence. Only through each person’s courage to stand up against oppression now becoming contagious, can we defend our democracy and save the life of this imprisoned journalist.

Nozomi Hayase, Ph.D., is an essayist and author of    “WikiLeaks, the Global Fourth Estate: History Is Happening”. Follow her on Twitter:@nozomimagine

An earlier version of this article was published on Antiwar.com.

← Assange Partner Speaks Out After Threat from Judge
COVID-19: Fallout From a Navy Captain’s Heroism: The Possible Emergence of a New Idea of ‘National Security’ →