The answer is no, writes the Public Banking Institute’s Ellen Brown. But the door to that result has been cracked open. 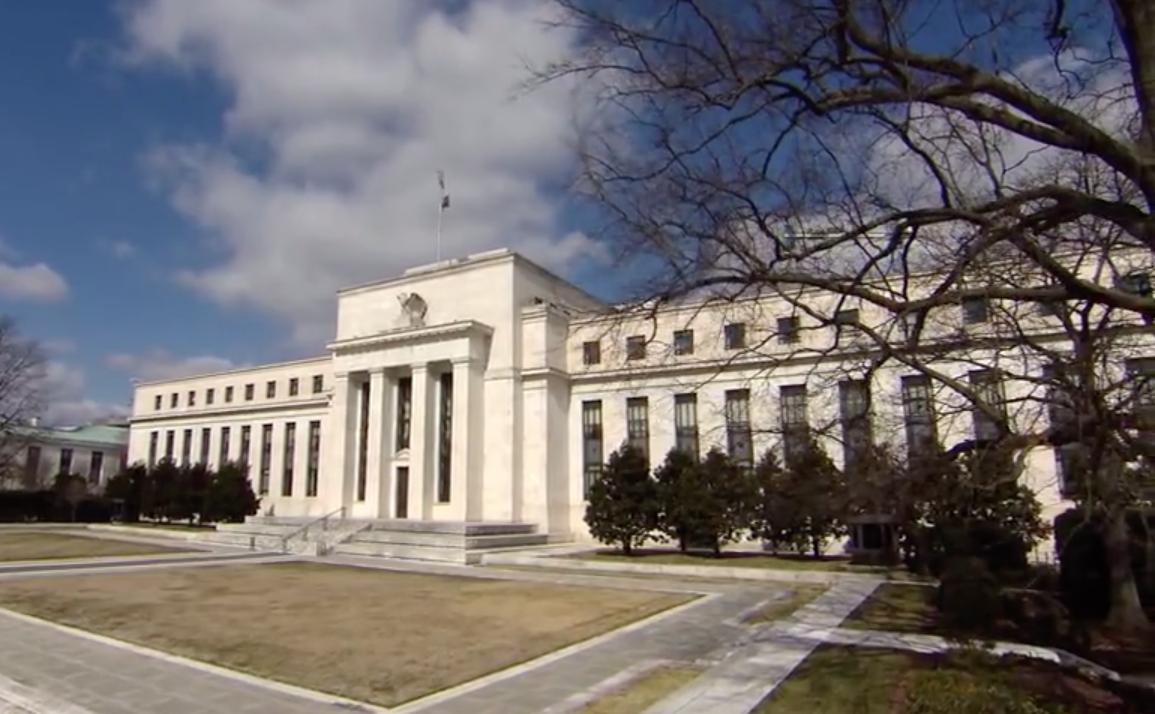 Mainstream politicians have long insisted that Medicare for All, a universal basic income, student debt relief and a slew of other much-needed public programs are off the table because the federal government cannot afford them. But that was before Wall Street and the stock market were driven onto life-support by a virus.

Congress has now suddenly discovered the magic money tree. It took only a few days for Congress to unanimously pass the Coronavirus Aid, Relief, and Economic Security (CARES) Act, which will be doling out $2.2 trillion in crisis relief, most of it going to corporate America with few strings attached.

Beyond that, the Federal Reserve is making over $4 trillion available to banks, hedge funds and other financial entities of all stripes; it has dropped the fed funds rate (the rate at which banks borrow from each other) effectively to zero; and it has made $1.5 trillion available to the repo market.

It is also the Federal Reserve that will be picking up the tab for this bonanza, at least to start. The U.S. central bank has opened the sluice gates to unlimited quantitative easing, buying Treasury securities and mortgage-backed securities “in the amounts needed to support smooth market functions.”

Last month, the Fed bought $650 billion worth of federal securities. At that rate, notes Wall Street on Parade, it will own the entire Treasury market in about 22 months. As Minneapolis Fed President Neel Kashkari acknowledged on 60 Minutes, “There is an infinite amount of cash at the Federal Reserve.”

In theory, quantitative easing is just a temporary measure, reversible by selling bonds back into the market when the economy gets back on its feet. But in practice, we have seen that QE is a one-way street. When central banks have tried to reverse it with “quantitative tightening,” economies have shrunk and stock markets have plunged.

So the Fed is likely to just keep rolling over the bonds, which is what normally happens anyway with the federal debt. The debt is never actually paid off but is just rolled over from year to year. Only the interest must be paid, to the tune of $575 billion in 2019. The benefit of having the Fed rather than private bondholders hold the bonds is that the Fed rebates its profits to the Treasury after deducting its costs, making the loans virtually interest-free. Interest-free loans rolled over indefinitely are in effect free money. The Fed is “monetizing” the debt. 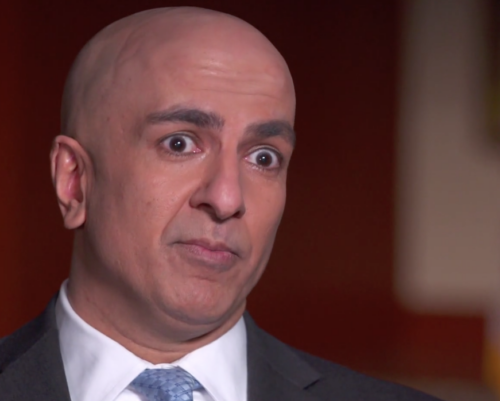 What will individuals, families, communities and state and local governments be getting out of this massive bailout? Not much. Qualifying individuals will get a very modest one-time payment of $1,200, and unemployment benefits have been extended for the next four months.

For local governments, $150 billion has been allocated for crisis relief, and one of the Fed’s newly expanded Special Purpose Vehicles will buy municipal bonds. But there is no provision for reducing the interest rate on the bonds, which typically runs at 3-or-4 percent plus hefty bond dealer fees and foregone taxes on tax-free issues. Unlike the federal government, municipal governments will not be getting a rebate on the interest on their bonds.

The taxpayers have obviously been shortchanged in this deal. David Dayen calls it “a robbery in progress.” But there have been some promising developments that could be harnessed for the benefit of the people. The Fed has evidently abandoned its vaunted “independence” and is now working in partnership with the Treasury.

In some sense, it has been nationalized. A true partnership, however, would make the printing press available for more than just buying toxic corporate assets. A central bank that was run as a public utility could fund programs designed to kickstart the economy, stimulate productivity and generally serve the public.

The reason the Fed is now working with the Treasury is that it needs the Treasury to help it bail out a financial industry burdened with an avalanche of dodgy assets that are fast losing value. The problem for the Fed is that it is only allowed to purchase or lend against securities with government guarantees, including Treasury securities, agency mortgage-backed securities, debt issued by Fannie Mae and Freddie Mac, and (arguably) municipal securities. To get around that wrinkle, as Wolf Richter explains:

[T]he Treasury will create (or resuscitate) a series of special-purpose vehicles (SPVs) to buy all manner of financial assets, backed by $425 billion in collateral conveniently supplied by the US taxpayer via the Exchange Stabilization Fund. The Fed will lend to SPVs against this collateral which, when leveraged, could fund $4-5 trillion in asset purchases.

That includes municipal bonds, non-agency mortgages, corporate bonds, commercial paper, and every variety of asset-backed security. The only things the government can’t (transparently, yet) buy are publicly-traded stocks and high-yield bonds.

Unlike in QE, in which the Fed moves assets onto its own balance sheet, the Treasury will now be buying assets and backstopping loans through SPVs that the Treasury will own and control. SPVs are a form of shadow bank, which like all banks create money by “monetizing” debt or turning it into something that can be spent in the marketplace. The SPV decides what assets to buy and borrows from the central bank to do it. The central bank then passively creates the funds, which are used to purchase the assets backing the loan. As Jim Bianco wrote on Bloomberg:

“In other words, the federal government is nationalizing large swaths of the financial markets. The Fed is providing the money to do it. BlackRock will be doing the trades. This scheme essentially merges the Fed and Treasury into one organization. …

In effect, the Fed is giving the Treasury access to its printing press. This means that, in the extreme, the administration would be free to use its control, not the Fed’s control, of these SPVs to instruct the Fed to print more money so it could buy securities and hand out loans in an effort to ramp financial markets higher going into the election.”

Of the designated SPVs, none currently serves a public purpose beyond buoying the markets; but they could be designed for such purposes. The taxpayers are on the hook for replenishing the $425 billion in the Exchange Stabilization Fund, and they should be entitled to share in the benefits.

Congress could designate a Special Purpose Vehicle to fund its infrastructure projects, and to fund those much-needed public services including Medicare for All, a universal basic income, student debt relief, and similar programs. It could also purchase a controlling interest in insolvent or profligate banks, pharmaceutical companies, oil companies and other offenders and regulate them in a way that serves the public interest.

Another possibility would be for Congress to fund these programs in the usual way by issuing government bonds, but to enter into a partnership agreement first by which the central bank would buy the bonds, roll them over indefinitely, and rebate the interest to the Treasury.

That is how Japanese Prime Minister Shinzo Abe has funded his stimulus programs, with none of the predicted inflationary effects on consumer prices. In fact the Japanese consumer price index is hovering at a very low 0.4 percent, well below even the central bank’s 2 percent target, although the Bank of Japan has monetized nearly half of the government’s debt.

Half of the U.S. debt would be over $11 trillion. Assuming $6 trillion for the current corporate bailouts, that means another $5 trillion could safely be monetized for programs benefiting individuals, families and local governments. (How to do this without driving up consumer prices will be the subject of another article.) 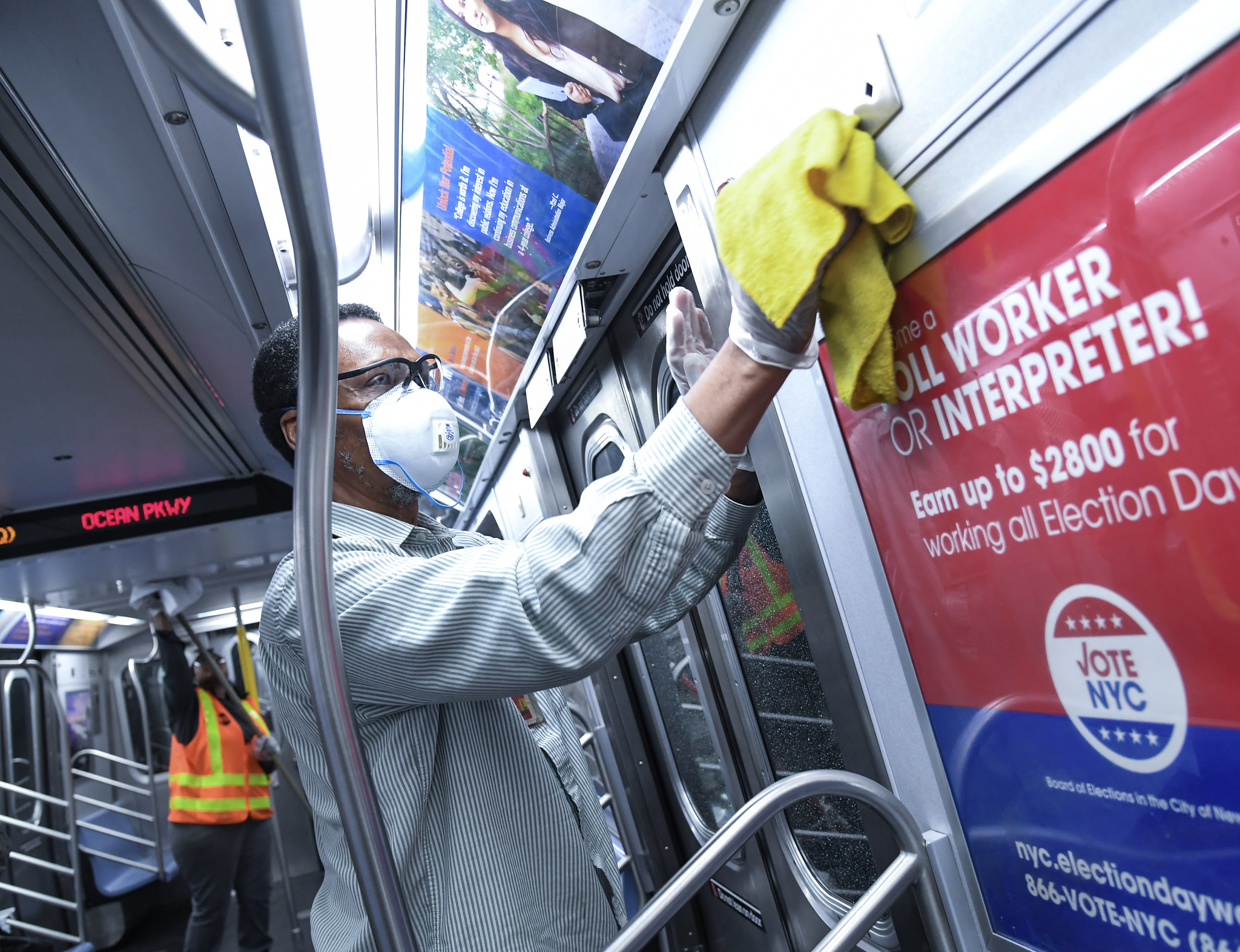 State and local governments, which are on the front lines for delivering emergency services, have for the most part been left out of the bailout bonanza. While we are waiting for action from Congress, the Fed could make cheap loans available to local governments using its existing powers under Federal Reserve Act Sec. 14(2)(b), which authorizes the Fed to purchase the bills, bonds, and notes of state and local governments having maturities of six months or less.

Since local governments must balance their budgets, these loans would have to be repaid, but the loans could be extended by rolling them over for a reasonable period, as is done with repo loans and the federal debt; and the loans could be made at the same near-zero interest rate banks can borrow at now. State and local governments are at least as creditworthy as banks – they have a taxpayer base and massive assets.

In fact the private banking industry would have been insolvent long ago if it were not for the deep pocket of the central bank and the bailouts of the federal government, including the FDIC insurance scheme that rescued the banks from bankruptcy in the Great Depression.

There is a way state and local governments can take advantage of the near-zero interest rates available to banks even without federal action. They can set up their own publicly-owned banks. Besides giving them the ability to borrow much more cheaply, having their own banks would allow them to leverage their loan funds.

A $100 million revolving fund issuing loans at 3 percent would gross the state $3 million per year. If that same $100 million were used to capitalize a bank, it could issue 10 times that sum in loans, grossing $30 million per year. Costs would need to be deducted from those earnings, including the cost of funds; but the cost of funds is quite low for banks today. They can borrow to meet their liquidity needs from their own deposit pool, or at 0.25 percent in the fed funds market, or at about the same rate in the repo market, which is now backstopped by the central bank.

The blatant disparities in the congressional response to the current crisis have shone a bright light on how our financial system is rigged against the people in favor of a wealthy elite. Crisis is when change happens; this is the time for advocates to unite in demanding change on behalf of the people. As Greek economist Yanis Varoufakis admonished in a recent post:

“[T]his new phase of the crisis is, at the very least, making it clear to us that anything goes – that everything is now possible.… Whether the epidemic helps deliver the good or the most evil society will depend … on whether progressives manage to band together. For if we do not, just like in 2008 we did not, the bankers, the spivs [petty criminals], the oligarchs and the neofascists will prove, again, that they are the ones who know how not to let a good crisis go to waste.”

Ellen Brown is an attorney and founder of the Public Banking Institute. She is the author of 12 books, including the best-selling “Web of Debt,” and her latest book, “The Public Bank Solution,” which explores successful public banking models historically and globally.

9 comments for “COVID-19: Was the Fed Just Nationalized?”