Italy on Monday became the 53rd nation to join a call by the UN secretary general for a ceasefire in all the world’s wars as the globe fights the Covid-19 pandemic.

Missing among the nations supporting a global ceasefire in the more than 40 wars being fought around the world are four of the five permanent members of the UN Security Council—Britain, China, Russia and the United States—who are among the world’s largest arms traders. All possess a nuclear weapons arsenal.  Only France among the P5 has called for the ceasefire.

This statement by the 53 nations listed supports an end to hostilities to help prevent the further spread of the pandemic, “the true fight of our lives,” according to Secretary General Antonio Guterres.

War, it seems, is the only part of “normal” life that continues. 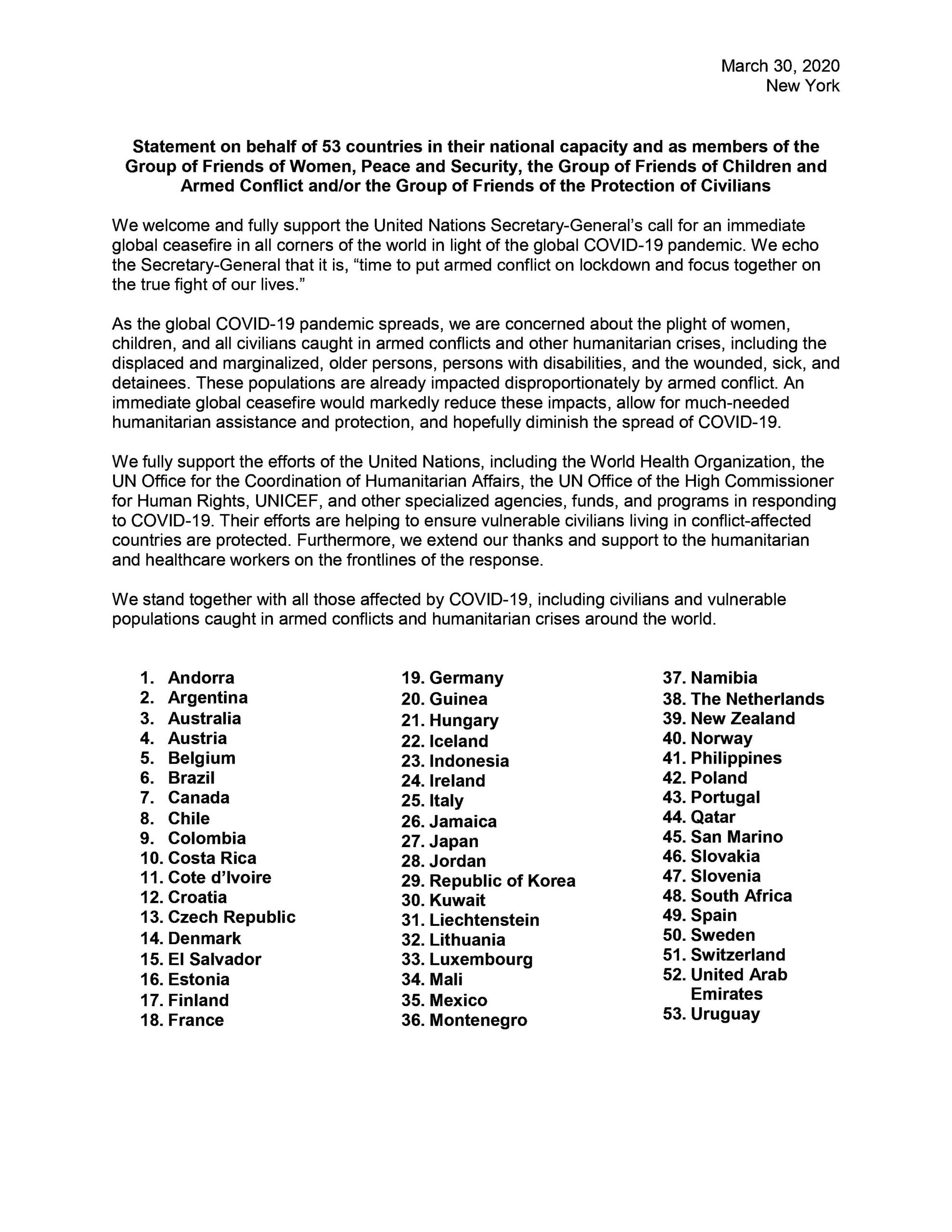