Turkey’s leader, who nurses dreams of some kind of neo–Ottoman restoration across the Middle East, is now on a reckless tear. 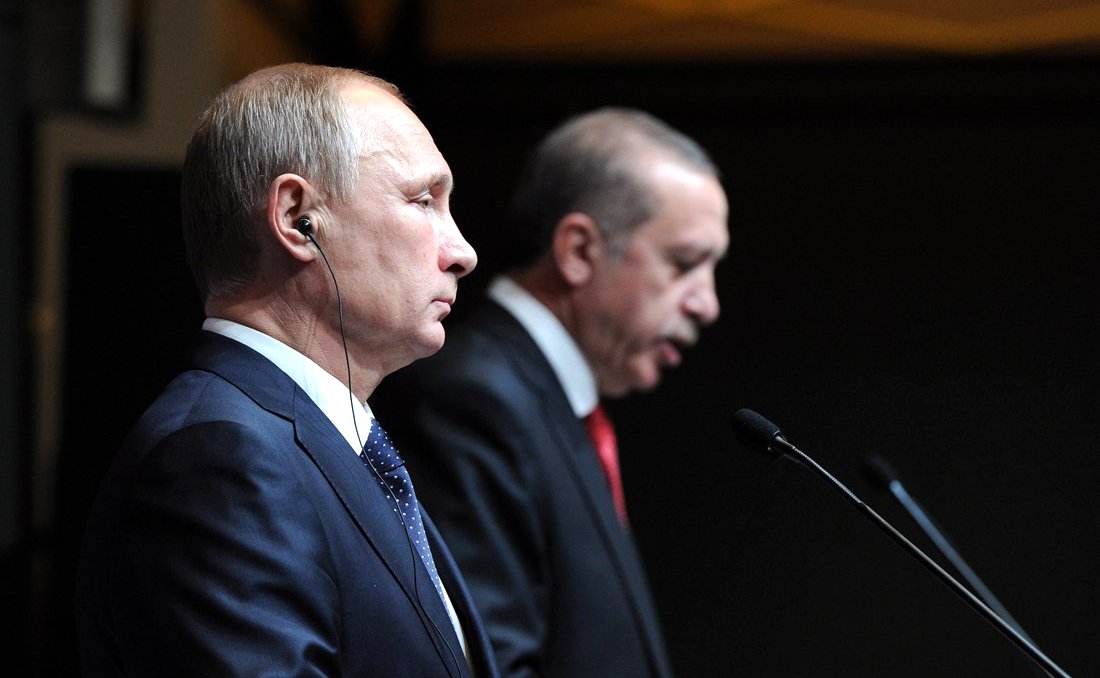 As Recip Tayyip Erdogan prosecutes his latest military intrusion southward into Syria, all the old mythologies about the Turkish president and the 9-year-old Syrian conflict are rehearsed once again, hopelessly threadbare as they are. The problem now is not the fog of war. The problem is the war of fog.

Let us be clear from the start, then, as to what has unfolded since last week and what will be the desired outcome. The Syrian Arab Army, a force for good, must not stop short of decisive victory in Idlib, the governorate in northwest Syria sheltering the last jihadist militias operating on Syrian soil. Russia, which is correctly (and legally) supporting the S.A.A.’s campaign, should try to avoid a direct conflict with a NATO member but should engage Turkish forces if there is no alternative.

NATO, breaking its own Article 5 covenant, will not come to the aid of a member nation engaged in so despicable an assault on another sovereign nation. I am not alone in holding this opinion. Don’t forget: Most NATO members are squeamish, mealy-mouthed Europeans who have given up the ghost in Syria.

It will do the entire world much good if the egregious Erdogan sustains the bloodiest nose of his six years as Turkey’s dictatorial president in consequence of this drive into Syria. Let us say precisely the same of what remains of the U.S. presence in Syria. Excellent it will be if Washington must at last acknowledge that it has lost every chip it has put down in Syria since it began arming, training and financing a variety of vicious Islamist factions, including the Islamic State, in early 2012 at the very latest. At this point it claims to be protecting Syrian oilfields from… Syria.

This is not Turkey’s first foray into Syrian territory, let us remember. It launched a similar campaign in 2016; it began another incursion last autumn. Turkey has from the start of the Syrian conflict been a conduit for arms supplies to the Islamic State and other jihadists, while transshipping Syrian oil from ISIS–controlled refineries into international markets. 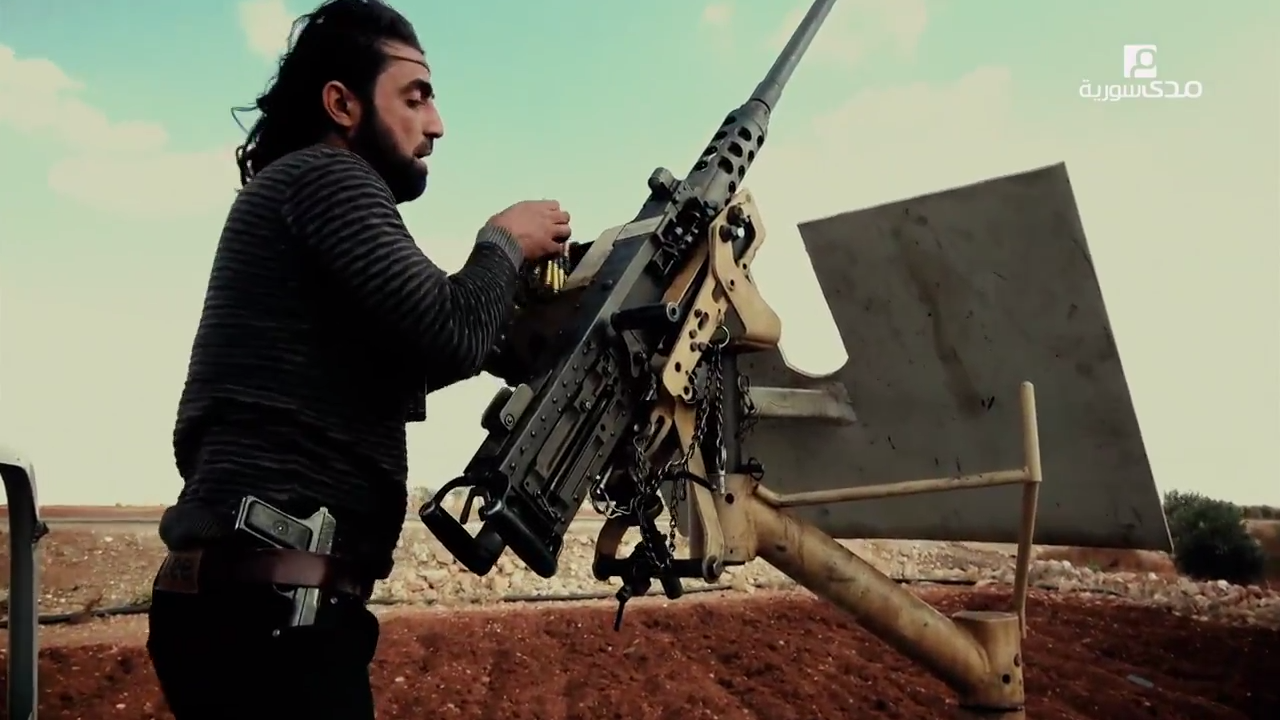 But Operation Spring Shield, as Erdogan grandly names this latest invasion, already proves Turkey’s costliest and most aggressive attack on its southern neighbor. Last Thursday Syrian airstrikes, possibly with Russian participation  killed at least 30 Turkish soldiers and as many as 36. On Friday and through the weekend, Turkey retaliated with drone and artillery attacks that killed more than 100 Syrian troops and destroyed a significant number of S.A.A. tanks and radar systems. A Turkish F–16 shot down two Syrian fighter jets on Sunday.

This brings the Syrian conflict to one of its most critical moments in its 9-year history. Turkey has for the moment impaired the S.A.A.’s advances into Idlib. Should Russia retaliate to make sure this success is temporary? This is Russia’s question in the coming week. It is Moscow’s most difficult decision since it intervened in behalf of the Damascus government in September 2015.

Russia and Turkey have to date assiduously avoided any kind of direct military confrontation. Elijah Magnier, who has covered Middle Eastern politics for several decades, reports that Russia suspended its air support of the S.A.A. amid Turkey’s weekend offensive. If this proves so, it can be counted prudent, but Moscow’s announced priority in Syria — a final defeat of the terrorist militias holed up in Idlib — should not be compromised.

Erdogan has betrayed the Russians so often it is a wonder Moscow has any patience left for him. A Turkish F–16 shot down a Russian jet two months after Russian aircraft deployed in Syria five years ago. Ankara and Moscow agreed two years ago to establish a ceasefire zone in northwest Syria, with Turkey also committing to remove jihadists led by Hayat Tahrir al–Sham, formerly al–Nusra, which was formerly al–Qaeda in Syria in the name-changing shell game these cutthroats play. That accord went the way of the West (so to say) long ago.

After President Donald Trump announced a withdrawal of U.S. troops from northeastern Syria last October, Erdogan summited with Vladimir Putin in Sochi, where the Russian president fashioned an arrangement providing for Russian and Turkish troops to police — this is side-by-side, mind you — a buffer zone along the Turkish­–Syrian border, the intent being to restrain Erdogan’s designs in Syria while assuaging his worries about Syrian Kurds in the designated zone. Out the window in less than six months.

This guy could be counted a tinpot dictator out of Chaplin’s 1940 satire were he not so destructive of global order and human life. Erdogan, who nurses dreams of some kind of neo–Ottoman restoration across the Middle East, is now on a reckless tear. “We have fought Russia 16 times in the past, and we will fight it again,” a top Erdogan adviser declared as the new offensive proceeded over the weekend.

‘Get Out of Our Way’

Not one day later, Erdogan claimed — true or not, who knows? — that he told Putin in a telephone conversation to “get out of our way and leave us face to face with the regime,” meaning the Assad government in Damascus. Now we have it on paper: Never mind the Kurdish question, Erdogan has all along been after “regime change,” as we insist on calling coups.

The new Turkish assault does have the modest benefit of facing us four-square with the question of just who the “rebels” in Idlib are, and who comprises the “Turkish-backed fighters” invading Syria. Shame on the government-supervised New York Times and other news outlets for their incessant use of these disgracefully dishonest euphemisms. It is minorly reassuring that Tulsi Gabbard, a sitting congresswoman, now insists that the jihadists the U.S. and Turkey have backed for the last nine years be called by their proper names. Gradually, one imagines, truth will win its long war with bunkum.

The US Fog Machine

Where is the rest of Washington on these questions? Where it ought not be, of course. The fog machine continues to fire on all eight, albeit forlornly now.

When Erdogan ordered an incursion into Syrian territory soon after Trump announced the U.S. troop withdrawal last autumn — this was before the Sochi summit temporarily calmed him — Capitol Hill screamed horror and passed limp-wristed sanctions against a few Turkish officials.

Now we have Tom Cotton, the Arkansas senator and a longtime Dummkopf in the foreign policy space, tweeting just as Turkey ripped into Idlib last Friday: “Our NATO ally is doing the right thing. Putin and Assad must honor their commitments and stop the massacre.” Astonishing. Simply astonishing.

Russia and the Assad regime are to blame for the humanitarian disaster unfolding in northwest Syria. Our NATO ally Turkey is doing the right thing. Putin and Assad must honor their commitments and stop the massacre.

The prize for American presumption must go to James Jeffrey, the State Department’s special representative for Syria. Jeffrey has been complaining for many weeks about Syria’s campaign to restore its own sovereignty in Idlib, as if it has no right to do so. Not quite a month ago, Jeffrey briefed correspondents to the effect that Damascus should negotiate a ceasefire with Hayat Tahrir al–Sham (HTS in State-speak) because it should “acknowledge that part of the country will not be under the control of the government in — the regime in Damascus.” The nerve.

Here is some of Jeffrey’s stunning apology for the murderous, beheading terrorists known in our newspapers as “rebels” or “the opposition”:

“The HTS has not — we have not seen them planning or carrying out international terrorism attacks. We’ve seen them focusing on basically maintaining their position in Idlib…. The Russians claim that they constantly launch attacks on the Russians…. We have seen only intermittent and not very strong or significant military actions on their part against the Russians. The Russians use this as an excuse. Basically, they’re on the defensive, they’re just sitting there….”

Sergei Lavrov, Russia’s foreign minister and a diplomat many times the caliber of Jeffrey, had a succinct and sound response to this drivel when he addressed the point during a session of the U.N. Human Rights Council a couple of weeks later:

“Exhortations about the possibility of peace agreements being made with the thugs as it takes place when the situation in Idlib is discussed are absolutely unacceptable.”

The plainest English is sometimes spoken by non-native speakers.

← Interview: Misinformation & Uncontainable Viruses
THE ANGRY ARAB: The Lessons of the Taliban →