With the U.S. and OAS looking the other way, protesters have been subjected to brutally violent repression, Ben Norton reports. 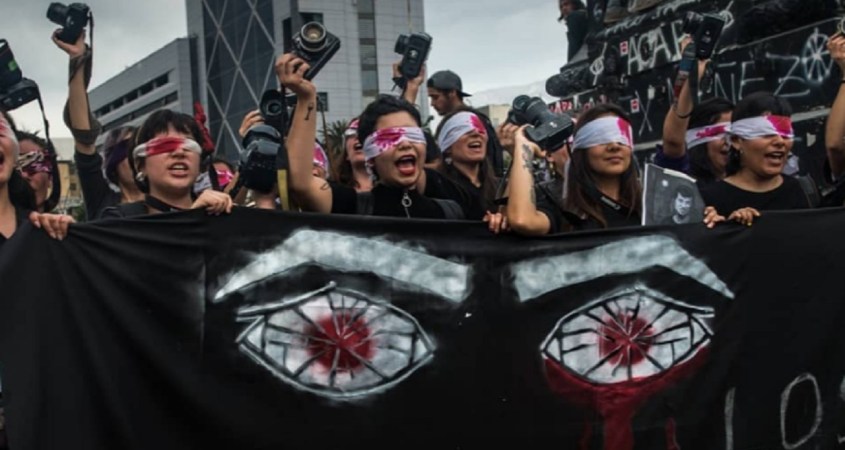 While the U.S. government, international NGOs, and corporate media outlets have relentlessly demonized the elected governments in Venezuela and Nicaragua, the Washington-backed right-wing administration in Chile has been violent cracking down on an uprising against neoliberal policies, and with virtual impunity.

In October 2019, protests erupted across Chile against the government of President Sebastián Piñera, a billionaire oligarch who has defended the former military dictator Augusto Pinochet while cutting social spending and pushing further privatization in a country where water is already privatized.

Soon after the demonstrations broke out, Piñera proclaimed, “We are at war!” The president’s language evoked horrifying memories for many Chileans who lived through the state terror of the Pinochet dictatorship, and for the families of those killed by it.

The United States and allied institutions like the Organization of American States (OAS) have long praised Chile as a shining example of democracy in South America. But the country is still bound to a constitution written during Pinochet’s dictatorship. Protesters have demanded a new constitution, and a plebiscite in April could change that, if it is not delayed by the Piñera administration.

A poll in January found that Piñera’s approval rating had plummeted to a record low of just 6 percent, with a whopping disapproval rating of 82 percent. (Compare this to a recent study that found that 63.5 percent of Nicaraguans will vote for the ruling Sandinista Front.)

But the almost universal opposition to Piñera and his right-wing policies has done nothing to stop the U.S. government and OAS from throwing their full weight of support behind his administration.

With full-throated backing from Washington, the billionaire president appears to have all the support he needs to continue his campaign of repression.

The institute was created by Chile’s legislature with a leadership council appointed by various government figures, including the president himself, the Senate, the Chamber of Deputies, and public universities.

Though the INDH is a state-backed institution, it has endured aggressive intimidation by Chile’s national police forces, known as the carabineros.

State security forces have at least 14 times threatened members of INDH, according to the group’s report. The carabineros have also shot tear gas at the bodies of INDH observers, wounding three with pellets, and preventing them from accessing detainees.

INDH’s report accuses the Piñera administration of carrying out the following grave abuses:

The state violence has been extreme. Videos circulating on social media have shown some protesters being run over by armored vehicles.

The notoriously violent police in
Chile's brutal right-wing Pinochet-style regime (which is of course strongly backed by the US) just crushed a protester in between two armored vehicles.

Warning, this video is terrifying:pic.twitter.com/9fuU6Ikgq1

In a conservative estimate, INDH documented 3,765 protest-related wounds in the past four months. Some 282 children were among the injured.

Researchers from the human rights body visited 67 hospitals and health centers to calculate figure. Because the researchers only counted wounded protesters whose cases were reported by medical institutions, it likely is an underestimate of the actual number.

The report itself notes, “It is important to highlight that this figure does not represent all the people wounded in this social crisis, rather it only reflects cases observed and confirmed by the INDH.”

The majority of the wounded protesters, 2,122 people, or approximately 56 percent, were shot by the state security forces. Of those, 51 were shot with live bullets, 190 by large metal balls, and 1,681 by small metal pellets. (The munitions used in the other 200 shootings were not identified.)

Another 271 protesters were hospitalized from tear gas injuries. 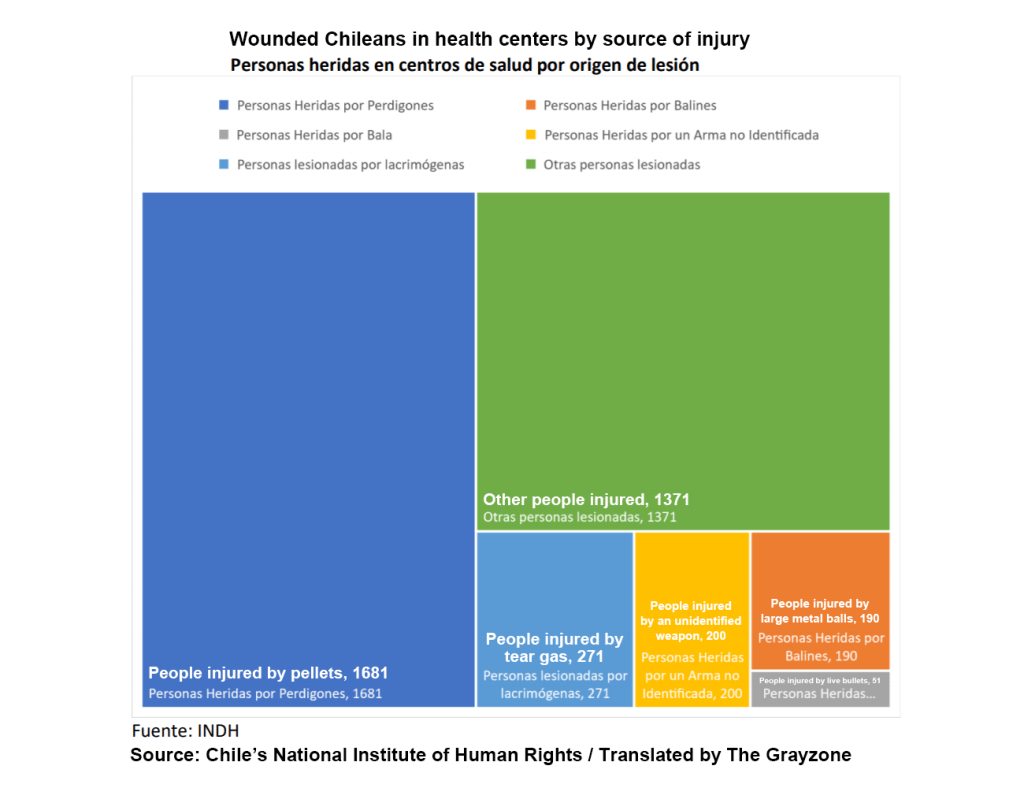 The source of injuries of Chilean protesters, according to hospital cases documented by the National Institute of Human Rights.

Shooting Hundreds in the Eyes

Eye wounds are among the most persistent injury suffered by protesters in Chile.

Chile’s carabineros, or national police, have relied on riot shotguns that are banned in much of the world as a form of crowd control, shooting protesters with clusters of pellets that explode into tiny pieces of shrapnel, causing grave eye wounds.

The National Institute of Human Rights documented 445 cases of protesters suffering from eye wounds in the past four months. Many activists have lost partial or even complete vision in one or both eyes.

“As the National Institute of Human Rights we are concerned,” the body said, “that we continue receiving complaints and observing the existence of eye injuries, regarding people who were exercising their right to peacefully protest.”

These eye wounds have become a symbol of the protest movement in Chile, used in signs, flyers, and memes.

Numerous journalists reporting on the protests in Chile have suffered from eye injuries and even permanently lost vision in own or both eyes.

Chilean photojournalist Nicole Kramm was walking with some friends after dinner when she was shot in the eye by the police.

Kramm suffered from severe eye trauma, and says she now sees a hazy black cloud in her left eye. She called it “something totally criminal and painful.”

“How long will these crimes against humanity go on?” she asked. “Yesterday I was the one frightened by the police brutality as I was interviewing people who lost vision, today unfortunately it’s my turn.” 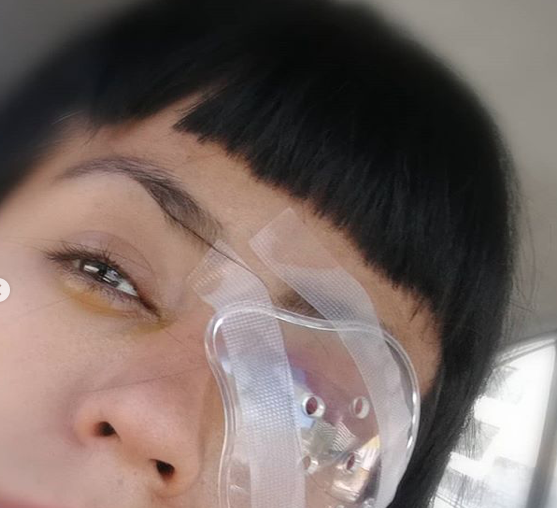 The Chilean photojournalist was also injured and nearly killed when U.S.-backed Venezuelan opposition members nearly ran her over with an armored troop transport vehicle during the Trump administration’s attempt to invade Venezuela with “humanitarian aid” on the Colombian border in February 2019.

Amidst the state repression of anti-austerity protests, far-right forces in Chile are mobilizing. A network of extreme-right Pinochet supporters operating out of Chile’s wealthy neighborhoods was recently exposed for trafficking heavy weapons, including assault rifles.

Staunch Support from US & OAS

In response to the ongoing state repression, 1312 legal cases have been filed in Chile’s justice system.

When Piñera was forced in October to cancel international conferences that were to be held in Chile, U.S. Secretary of State and former CIA Director Mike Pompeo said that he understood the decision.

“We applaud the leadership Chile has shown,” Pompeo said, “and are committed to advancing our shared goals.”

Pompeo made this comment two weeks into the protests in Chile, while the right-wing government was wounding and detaining thousands of protesters. Throughout the violence, the U.S, secretary of state kept quiet.

We understand Chilean President @sebastianpinera’s decision to cancel #APEC Leaders’ Week and #COP25. We applaud the leadership #Chile has shown throughout #APECChile2019 and are committed to advancing our shared goals.

The U.S. embassy in Chile has also maintained total radio silence on the Piñera government’s violence against unarmed civilians. Apparently, the embassy is too busy posting indignant statements condemning Venezuela and reaffirming support for Trump’s coup puppet Juan Guaidó to concern itself with the repression taking place right outside its gates.

Similarly, the Organization of American States (OAS) and its Secretary-General Luis Almagro, a staunch defender of U.S. military intervention in South America, have whitewashed Piñera’s repressive right-wing administration in Chile, while vigorously lobbying for the overthrow of the democratically elected governments in Venezuela and Nicaragua.

Almagro praised Piñera in January, hailing “his work to preserve the public order in the framework of a state of law and democracy, and measures to guarantee human rights and the social agenda.”

At no point did Almagro offer a word of criticism. Instead, he effused, “Chile is an invaluable partner for work in defending international democratic institutions, human rights, development, and security.

As the U.S. and OAS turn a blind eye to the rampage of Piñera’s carabineros, Chileans are losing their own by the hundreds.