We are in do or die times, says Caity Johnstone. The only question left is, “Should journalists be jailed for exposing U.S. war crimes? Yes or no?” 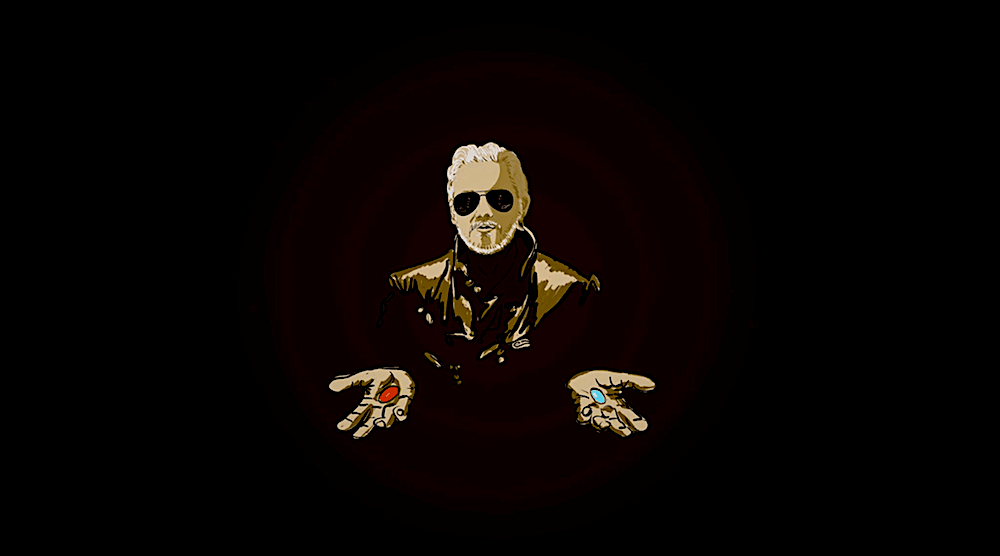 The propagandists have all gone dead silent on the WikiLeaks founder they previously were smearing with relentless viciousness, because they no longer have an argument. The facts are all in, and yes, it turns out the U.S. government is certainly and undeniably working to exploit legal loopholes to imprison a journalist for exposing its war crimes. That is happening, and there is no justifying it.

So the narrative managers, by and large, have gone silent.

Which is good. Because it gives us an opening to seize control of the narrative.

It’s time to go on the offensive with this.

Assange supporters have gotten so used to playing defense that it hasn’t fully occurred to us to go on a full-blown charge. I’ve been guilty of this as well; I’ll be letting myself get bogged down in some old, obsolete debate with someone about some obscure aspect of the Swedish case or something, not realizing that none of that matters anymore.

All the narrative manipulations that were used to get Assange to this point are impotent, irrelevant expenditures of energy compared to the fact that we now have undeniable evidence that the US government is working to set a precedent which will allow it to jail any journalist who exposes its misdeeds, and we can now force Assange’s smearers to confront this reality.

“Should journalists be jailed for exposing US war crimes? Yes or no?”

The Only Question Left

That’s the debate now. Not Russia. Not Sweden. Not whether he followed proper bail protocol or washed his dishes at the embassy. That’s old stuff. That’s obsolete. That’s playing defense.

Now we play offense: “Should journalists be jailed for exposing US war crimes? Yes or no?”

Don’t get sidetracked. Don’t get tricked into debating defensively. Force the issue: the US government is trying to establish and normalize the practice of extraditing and imprisoning journalists for exposing its misdeeds. That is the issue to focus on.

You will find that anyone who dares to stick their head above the parapet and smear Assange now gets very, very squirmy if you pin them down and force them to address this issue. Because they cannot answer without admitting that they are wrong. And that they’ve been wrong this entire time. It’s a completely unassailable argument.

We now have two and a half months to prepare for the second half of Julian Assange’s extradition hearing: all of March, all of April, and half of May. We’re going to need all that time to seize control of the narrative and make it very, very clear to the world that a very important decision is about to be made by the powerful on our behalf, if we don’t make that decision for them.

It’s Do or Die

This really is do or die time, humans. If we allow them to extradite and imprison Julian Assange for practicing journalism, that’s it. It’s over. We might as well all stop caring what happens to the world and sit on our hands while the oligarchs drive us to ecological disaster, nuclear annihilation or authoritarian dystopia. It’s impossible to hold power accountable if you’re not even allowed to see what it’s doing.

If we, the many, don’t have the spine to stand up against the few and say “No, we get to find out facts about you bastards and use it to inform our worldview, you don’t get to criminalize that,” then we certainly won’t have the spine it will take to wrest control of this world away from the hands of sociopathic plutocrats and take our fate into our own hands. We are deciding, right now, what we are made of. And what we want to become.

This is it. This is the part of the movie where we collectively choose the red pill or the blue pill. We are collectively being asked a question here, and our answer to that question will determine the entire course we will take as a species.

So what’s it going to be, humanity?

A world where we can hold power to account with the light of truth, or a world where power decides what’s true for us?

A world with free speech and a free press, or a world where journalists are imprisoned whenever they expose the evils of the most powerful institutions on this planet?

A world where we all actively fight to free Assange and get the job done, or a giant, irreversible leap toward the end of humanity as we know it?

Do we free Assange?

Or do we sit complacent with our Netflix and our KFC and trust the authority figures to do what’s best?

Do we take the red pill?

Or do we take the blue one?