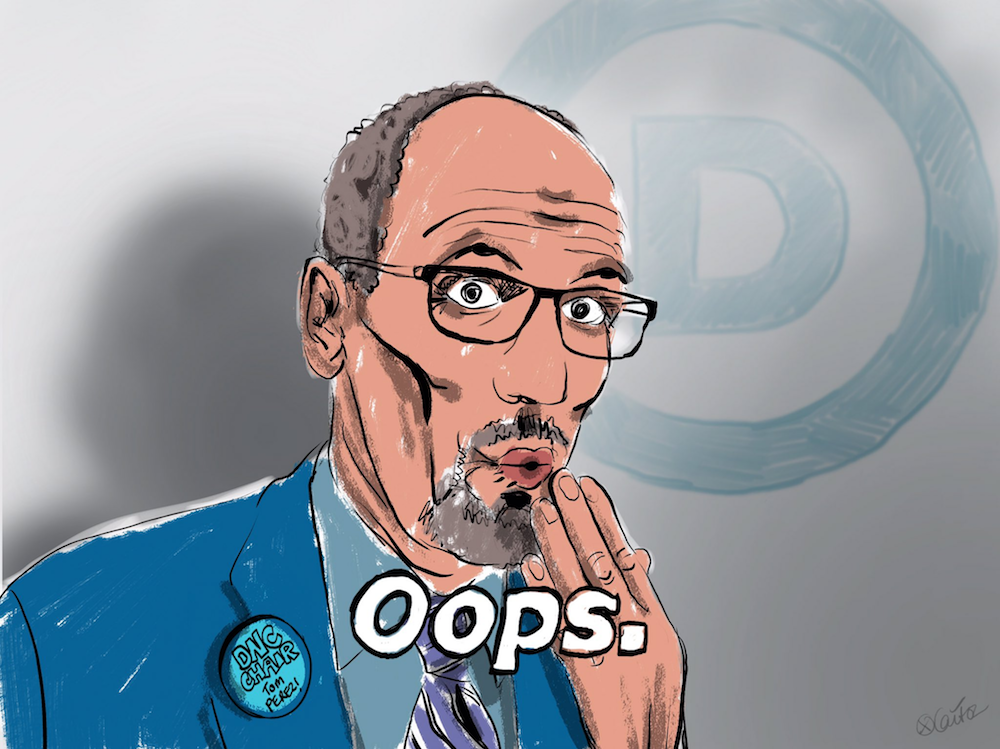 The Iowa caucus scandal has continued to get more egregious by the hour, with new revelations routinely pouring in about extremely suspicious manipulations taking place which all just so happen to disadvantage the campaign of Bernie Sanders in the first Democratic electoral contest of 2020. By the time you read this article, there will likely have been more.

Following the failure of an extremely shady app developed by vocally anti-Sanders establishment insiders which reportedly was literally altering vote count numbers after they were entered, Black Hawk County supervisor Chris Schwartz shared the election results in his county on Facebook so the public could have some idea of what’s going on as the Iowa Democratic Party (IDP) slowly trickles out the results of the caucuses.

Sanders supporters quickly highlighted the fact that the IDP’s reported numbers for Black Hawk County were wildly different from those reported by Schwartz, with votes taken from Sanders and given to minor fringe candidates Deval Patrick and Tom Steyer. The IDP then announced that it would be making “a minor correction to the last batch of results”, which just so happened to be in Black Hawk County and just so happened to give Sanders back some votes (but still remains different from that reported by Schwartz).

It’s probable that this only happened as a result of one Black Hawk County supervisor taking to social media to report the vote tallies for this one particular county. What about all the Iowa locations where this did not happen and local Democratic Party officials didn’t report their numbers on social media? Does anyone actually believe that the one instance where the IDP got caught is the one instance in which such vote tampering occurred?

That would be a very silly belief to hold, in my opinion. It would be like a store clerk discovering that a can of beans is completely rotten, then going ahead and putting the rest of the pallet on the shelf under the assumption that the other cans are fine.

Another of the countless revelations hemorrhaging from this fustercluck is a report from CNN and The New York Post that the DNC, not the IDP, is “running the show” in managing the Iowa caucus scandal. This means that this Democratic presidential primary scandal is being managed by the same committee which orchestrated the last Democratic presidential primary scandal, and that the campaign being victimized by this scandal, that of Bernie Sanders, is the same in both cases.

This would be the same DNC whose chairperson, Tom Perez, recently stacked its nominating committee with dozens of odious alt-centrist establishment insiders who are ideologically opposed to Sanders in every meaningful way.

“Democratic National Committee chair Tom Perez has nominated dozens of lobbyists, corporate consultants, think tank board members, and former officials linked to the presidential campaigns of Barack Obama and Bill and Hillary Clinton to serve on the Democratic National Convention (DNC) nominating committee this July,” Kevin Gosztola reported for Grayzone last month. “Many of Perez’s nominees are vocal opponents of Senator Bernie Sanders and spoke out against his campaign when he challenged Hillary Clinton for the nomination in 2016.”

As these scandalous revelations continue to emerge I don’t see anyone online expressing surprise that the Democratic establishment is once again stacking the deck against Sanders, but I do see some people expressing surprise that they are being so brazen about it. Which is perfectly understandable; if this party wants to screw over progressive voters, you’d expect that they’d at least try to hide it a little bit so they don’t alienate their progressive base before November.

The flaw in this expectation is its premise that Democratic Party elites care if their party wins in November. They do not.

Put yourself in the shoes of one of the leading movers and shakers within the Democratic Party for a minute. Pretend you’re getting a nice paycheck, pretend you’re getting great healthcare benefits, pretend you get plenty of prestige and exclusive access and invitations to classy parties. And pretend you’re the type of person who’s willing to manipulate and deceive and kiss up and kick down and do whatever it takes to get to the top of such a structure.

Now ask yourself, if you were such a person in such a situation, would you care if voters pick Donald Trump or Pete Buttigeig in November? Would it affect your cushy lifestyle in any way whatsoever? Would you lose your job, your prestige or your influence? No party elites lost those things in 2016. Why would you expect this time to be any different?

But you might be at risk of losing your cushy lifestyle if a forcefully anti-elitist progressive movement gets off the ground and takes control of your party. So you’d stand everything to gain by doing everything you can to prevent that from happening, and, because you don’t care if Trump gets re-elected, you’d stand absolutely nothing to lose.

These people do not care if Trump gets re-elected, because they lose nothing if he does. The only people who stand anything to lose are the ordinary citizens who are suffering under a corrupt status quo of soul-crushing neoliberalism and increasing authoritarianism, many of whom currently support Sanders. Democratic Party elites are perfectly happy to keep shrieking about Russia for another four years while making sure that the status quo which rewards their manipulative behavior remains intact, and ensuring that they never wind up like those poor suckers out there who are suffering from poverty and lack of healthcare.

And everything I just said is equally true of the media class who are currently working in conjunction with the DNC’s shenanigans to spin Buttigeig as the clear winner of the party’s first presidential electoral contest. They enjoy all the same perks, and move in many of the same circles, as Democratic Party elites, and it’s all conditioned on their protection of the status quo.

I keep seeing the word “incompetence” thrown around. “Gosh these Democratic Party leaders are so incompetent!”, they say. “How can anyone be so bad at their job?”

Their job is not to win elections and garner public support, their job is to ensure the perpetuation of the status quo which rewards them so handsomely for their malignant behavior. Toward this end they are not incompetent at all. They know exactly what they’re doing, and they’re doing it well.

They are extremely competent. Depraved, certainly. Sociopathic, possibly. But not incompetent.

They’re happy to make their nefariousness look like incompetence though, whenever they can get away with it. Any manipulator worth their salt always will be. If they can make their planned, deliberate acts of sabotage look like innocent little oopsies, they’ll gladly do so. But you learn in life that whenever you see someone making a lot of “mistakes” which just so happen to benefit them every time, you’re dealing with manipulation, not incompetence.

What do the bad guys say in the movies when they order someone’s murder? They say “Make it look like an accident.” If it’s an accident you’ve got no trouble. You won’t be seen for what you are.

But of course it’s no accident, and anyone with clear eyes and good intentions sees this. If you see someone working hard to make you believe that it’s incompetence, you are dealing with someone who is invested in maintaining the status quo in some way. You are being manipulated.

The system isn’t broken. It’s working exactly the way it’s intended to work. It ain’t a bug, it’s a feature. And that feature will remain in operation until the entire sick system is torn down and replaced with something healthy.

86 comments for “The Myth Of Incompetence: DNC Scandals Are A Feature, Not A Bug”