Colorado’s governor campaigned as an environmentalist, but earlier this month Jared Polis distanced himself from the climate activists who showed up at his state-of-the state address.

By John Kiriakou
Special to Consortium

I’ve come to realize over the past decade or so that there are a lot of phonies among the Democratic Party’s elected officials — people who purport to be progressive, only to end up in the pocket of the big banks, the big environmental exploiters, or other vested interests.  Early this month I was reminded of Democratic phonies in positions of authority, this time in Colorado.

My friend Arn Menconi, who has written for Consortium News, is an environmental activist, former Green Party candidate for the U.S. Senate from Colorado, a former progressive congressional candidate, and commissioner of Eagle County, Colorado, which includes the Vail ski resort.  Earlier this month, he and a group of 37 other environmental activists from the Extinction Rebellion and Sunrise movements went to the Colorado state capitol, where they disrupted the state of the state address of Governor Jared Polis to urge action against climate change and an end to fracking.

Polis is a former congressman who was elected governor in 2018 as a progressive Democrat.  He has long harbored aspirations of becoming the first gay president.  But after campaigning on the goal of 100 percent renewable energy environmentalists have been restless for evidence of any serious commitment to that goal.

So on Jan. 9, minutes before Polis took to the lectern, Menconi and other pro-environment protestors at the Colorado State Capitol hoisted signs reading “NO MORE SACRIFICE ZONES” and began shouting, “Ban fracking now!”  Within minutes, state police arrested 38 protesters and charged them with multiple misdemeanors.  Most were held in jail overnight and released the next day on $750 bond.  Others, including Menconi, spent the entire weekend in jail.

All I said was, "Ban Fracking Now!” at @GovofCO @jaredpolis State of the State where a Dem Gov, Senate & House continues to approve 2000 fracking wells when 50,000 exist. 38 Frackivists were arrested from @SunriseMvmtCO & @ExtinctionR #copolitics More:https://t.co/jkQYJHv2ge pic.twitter.com/AVJNdr2GbJ

To make the whole experience even more insulting was Polis’s reaction to the protest.  Arn Menconi had worked on previous Polis campaigns, and the two are friendly.  Menconi told me that as soon as he was released, Polis messaged him and said, “I heard you got arrested.  Are you ok?”  Arn did not respond.  But he noted that Polis, on his own Facebook page, mocked the protesters and crowed at how many had been arrested.

In the end, Denver District Attorney Mary Beth McCann decided to drop all charges against the protesters.  She said that a night or three in jail would be enough “justice.”  There was no benefit to the people of Colorado to go through an entire trial, find them guilty, and sentence them to time served. So they were all free to go. 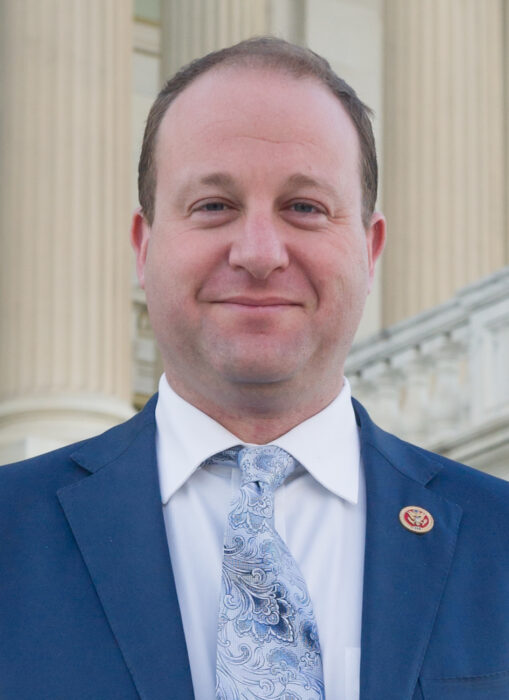 To me, the problem here is a broader one.  It’s the hypocrisy of politicians like Jared Polis.  Polis was elected as an environmentalist.  But as soon as he won his race, he reached out to the oil and gas industry and the frackers.  In late 2019, Polis pushed a bill regulating the oild and gas industry through the Colorado state legislature that he called a fair shake for Colorado.  But as The Colorado Sun reported last April, it granted concessions to industry that included putting “guardrails on the additional authority given to state and local governments in order to prevent unwarranted setbacks, delays or de facto bans.” Tellingly, representatives of the oil, gas, and fracking industries stood behind Polis as he signed the bill into law.

So how do we trust our politicians?  Consistency is probably the best test.  Of all the Democrats running for president, only Senator Bernie Sanders issued a statement of support for the Colorado protesters.  Do we trust former Vice President Joe Biden with issues of war and peace when he supported every U.S. military intervention around the world since his election to the Senate in 1972?  Do we trust Amy Klobuchar on prison reform issues when she spent so many years as a prosecutor?  I wouldn’t.

← Algeria’s View of Libya’s Crisis
Nobody Sets Out To Become A War Propagandist. It Just Sort Of Happens →

35 comments for “JOHN KIRIAKOU: How Do You Trust a Politician?”