The disruption in France is so severe that Canada is issuing travel advisories, writes David Climenhaga. But it’s hard to find any coverage in the Canadian press. 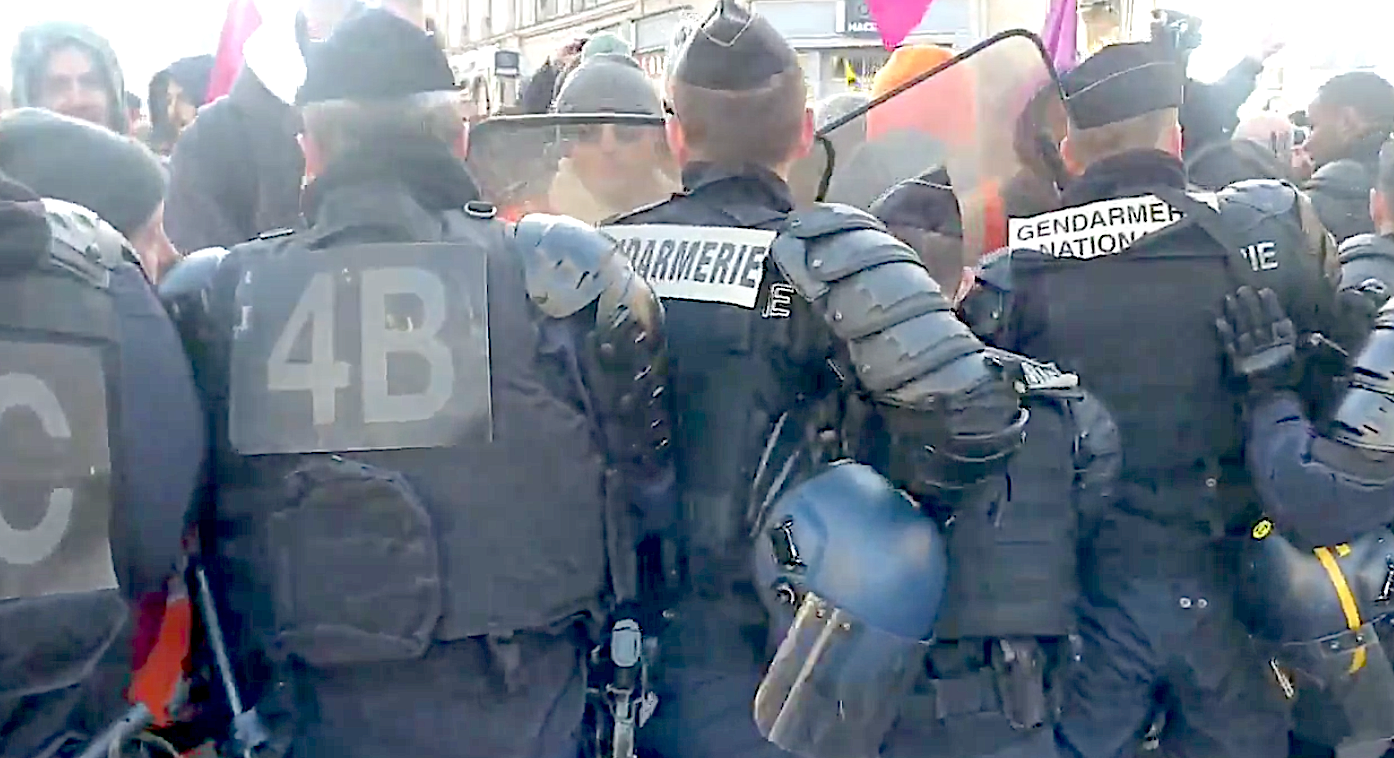 The government of President Emmanuel Macron has introduced a scheme to overhaul pensions and retirement benefits for many workers, done as usual in the name of reform, rationalization and simplification. For most French workers, though, it will result in a significant reduction in pensions and loss of retirement security.

Among the changes would be a higher statutory retirement age, although still lower than Canada’s. Also, pensions for workers in high-risk and athletic occupations would be based on their earnings over time instead of the terms negotiated by their unions that recognize the danger they face, limits on their careers, and the contribution to society they make. Again, this is already the norm in Canada. There would also be reductions in negotiated early retirement benefits, and so on.

“The proposed change would thus, in practical terms, be financed on the backs of workers, who would be expected to work longer with less pay and security, rather than being paid for by increased taxes on corporations or the wealthy,” writes cultural theorist Gabriel Rockhill in Counterpunch.

French workers have responded by pouring into the streets, organizing massive demonstrations and paralyzing the entire country through a series rotating general strikes.

The disruption is severe. The danger in the streets is real, given the vicious response of the militarized French police.

Indeed, the government of Canada recognizes this, warning Canadians in a detailed travel advisory updated last month under the heading “General Strike” that “a large-scale general strike is ongoing across the country since December 5, 2019.”

“This movement could continue for an indefinite period,” the advisory continued. “Demonstrations and significant service disruptions, including to transportation, are to be expected.” Indeed, at one point the Paris Metro was shut down, with only a few automated trains operating.

And yet, in Canada there is virtually no news in mainstream media on these significant events in a modern, Western European country. If you want to get a sense of what’s going on, you’ll have to dig deep, seek alternative news sources, some of them pretty sketchy, and even then, there’s not much information.

One would think news of a nationwide disruption over pension policies would be of interest here in Alberta, for example, where the provincial government is hatching its own dangerous pension schemes and popular opposition, already significant, is growing. Instead, nothing but crickets.

The only point at which the ongoing general strikes and resulting nationwide chaos in France have even caused a ripple of attention in Canadian media was when Macron’s government introduced a “compromise” a few days ago to try to placate the nationwide opposition. If Rockhill’s analysis is right, the changes in the compromise are not very significant. A few stories appeared, disdainful in tone when they mentioned the general strikers’ positions, and then the curtain fell again.

At a glance, it would appear this phenomenon is not quite as severe elsewhere in the English-speaking world, although coverage is nevertheless sparse. The New York Times published a piece this month, mainly based on the oddity that in a Paris, even ballet dancers are on strike. Memo to the Times’ news desk: professional dancers are workers too, and like pro hockey players, they have short careers due to the limitations of the human body. The BBC publishes an occasional story.

Striking ballet dancers perform at the entrance to the Opera Garnier in Paris, Dec. 24, 2019. (YouTube screenshot)

In Canada, however, the blackout is almost total.

What gives? For those with a conspiratorial turn of mind, it would appear at least it’s not the government of Canada, which is after all prepared to warn tourists of the danger and state the basic reason for it.

Is the problem finding news about this because there isn’t any being written, or does it have to do with the organization of major search engines, like Google?

And why is there such a dereliction of duty day after day by Canadian media, private sector and state owned alike? Is it because they think we won’t be interested because we’ve mostly already lost, or never had, the benefits French workers are fighting to retain?

Or do they think we’re better off not knowing? Having worked many years in the newspaper industry, I find it hard to believe local managers would think thoughts like these. A riot’s a riot, as far as most of them are concerned — or used to be, anyway. But then, times have changed since I left, and the focus of the Canadian news business is more ideological, resources are fewer, and analysis is shallower.

The goal of the strikers now seems to be to bring down the government. If they succeed, will that be reported?

I certainly don’t recall media refusing to cover major upheavals in Western Europe in the past. Newspapers were full of reports of similar violence in France in 1968, for example. But that was a long time ago, of course.

I suppose some combination of laziness, inattention, lack of intellectual curiosity, herd instinct and a bureaucratic turn of mind, all of which plague modern Canadian media corporations, private and public, is the simplest and most likely explanation. It’s also true that there have been some other, very big stories in the past few days.

Still, I have trouble imagining a similar demonstration this week or next in Russia, say, or Hong Kong, would pass with so little notice.

And yet, we hear … rien. This is bizarre. What’s going on?

David J. Climenhaga is an award-winning journalist, author, post-secondary teacher, poet and trade union communicator who has worked in senior writing and editing positions at the Toronto Globe and Mail and Calgary Herald. His 1995 book, “A Poke in the Public Eye,” explores the relationships among Canadian journalists, public relations people and politicians.

This article is from Albertapolitics.ca and reprinted with permission.