Over the past 20 years the outbreak of “civil-society” groups has changed the political culture in ways that serve Western colonial interests, writes As`ad AbuKhalil. 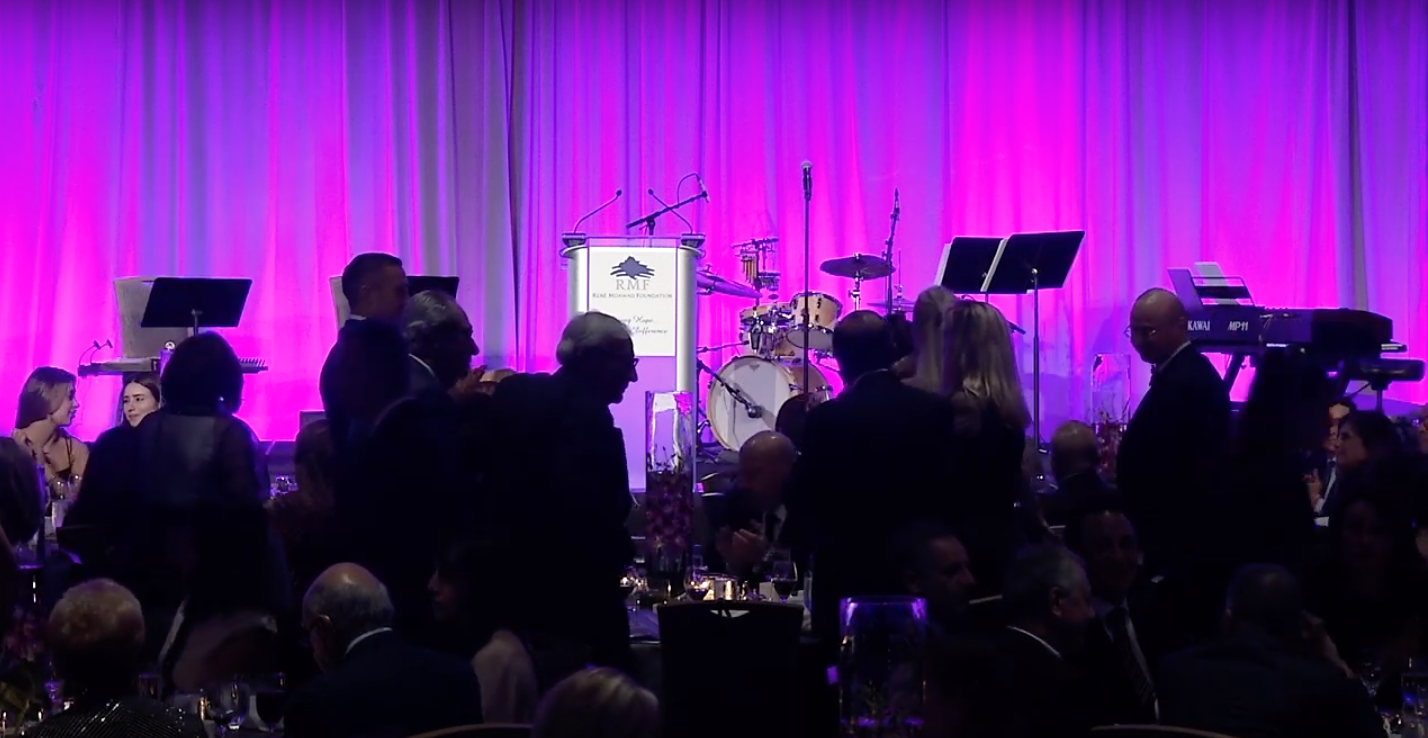 During the last few decades the number of Western-supported NGOs has substantially increased in all Arab countries.  In 2015, the Palestinian prime minister estimated that the West spent $800 million on funding 2882 NGOs in the West Bank alone.

This investment has brought good returns to Western governments in the form of significant changes in the dominant political culture.

During the Cold War, Western policies focused on supporting regimes and political parties to thwart communism, socialism and Arab nationalism.  But Western governments seem to have lost faith in political parties, probably because younger Arabs are less likely to join them.

Recent protests in Iraq, Lebanon and Sudan revealed a diminished — almost non-existent — role for political parties. Older generations of Arabs flocked to the ranks of the Muslim Brotherhood, Arab nationalist parties and leftist parties and organizations. This is no longer the case.  It is probably because political parties are associated with a corrupt order that Arab youth forswear them in favor of membership in Facebook and Whatsapp groups. 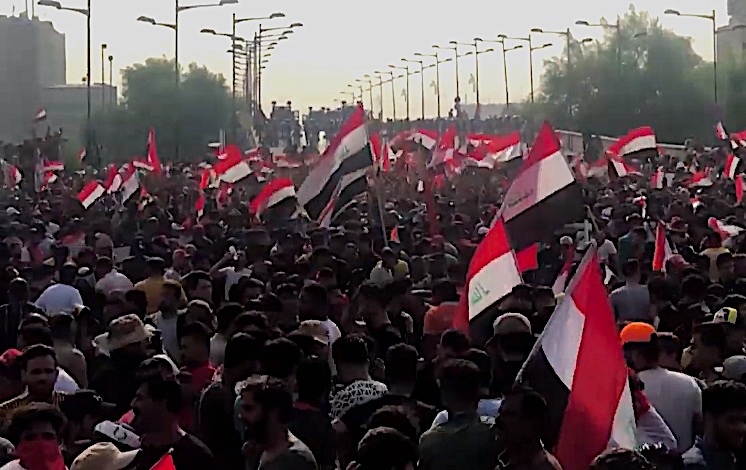 Western governments are aware of this change and have increased their funding for NGOs — and always in the name of human rights, women’s rights, and “democracy promotion.” Local governments — even allies and clients of the U.S. — are quite cognizant of the increased roles of NGOs and they are not reluctant to arrest and harass members of local NGOs.

But there was something suspicious about that: While there are no reliable numbers for NGOs in the Middle East region, Western governments seem to have invested in NGOs in the areas surrounding Israel (especially in Lebanon, Palestine, and Jordan).  NGOs dealt with issues in ways that have been instrumental in changing the political culture of the Arab world.

Firstly, NGOs operate against the very principle of Arab nationalism and unity.  Instead of treating the Arab people as one — as they see themselves — NGOs commonly refer to the Arab world as “the MENA (Middle East-North Africa) region.” The term erases any political identity that excludes the Israeli occupation state.  The MENA region has become the standard lexicon of NGOs in the Arab world.

Secondly, NGOs deal primarily with issues where Arabs are victims of other Arabs but never when they are victims of Westerners.  There are NGOs that deal with “honor crimes” and with “domestic violence” but Western governments won’t be interested in funding NGOs that track the number of deaths caused by Western and Israeli bombs.  It is very much the mentality of white supremacist racists who refer to “black-on-black crime” but who are not bothered by police shooting of blacks.

Thirdly, NGOs in the Arab world routinely promote peace, pacifism, and “acceptance of the other.” While those ideals may sound laudable, they also happen to suit the Western agenda of pushing for normalization with Israel.  Arab lands are still occupied by Israel (in Lebanon, Palestine, Syria, and it is questionable that Egypt has sovereignty over territories that Israel vacated in the Sinai according to the terms of the Egyptian-Israeli peace treaty). Israel continues to commit aggression against Arabs.

In the last few years alone, Israel has bombed targets in Sudan, Lebanon, Palestine, Syria, Iraq, and perpetrated assassination against Arabs and Iranians worldwide. The notion that Arabs should adhere to non-violence when they face not only Israeli occupation but also Western invasions of their lands (from Libya to Iraq) is a recipe for surrender to foreign rule.  How would the French resistance against Nazi occupation have dealt with calls for pacifism? And how would the Americans in the Revolutionary War deal with those who were preaching “acceptance of the other” and non-violent struggle?

Fourthly, the staff of NGOs all fall under strict guidelines and political parameters.  When radicals or leftists join NGO ranks, they change. Talk of radical change is replaced with Western rhetoric about political liberalization. (This holds true as long as the governments are not clients of the U.S. You don’t see Western NGOs operating in any of the Gulf countries. The only human rights organization permitted in Saudi Arabia is government-created and never faults the regime for its human rights violations.) The political language of the NGOs becomes adopted by the educated urban youth who parrot the vocabulary of Western foreign ministries. The Arab-Israeli conflict becomes the “Palestinian-Israeli conflict.” 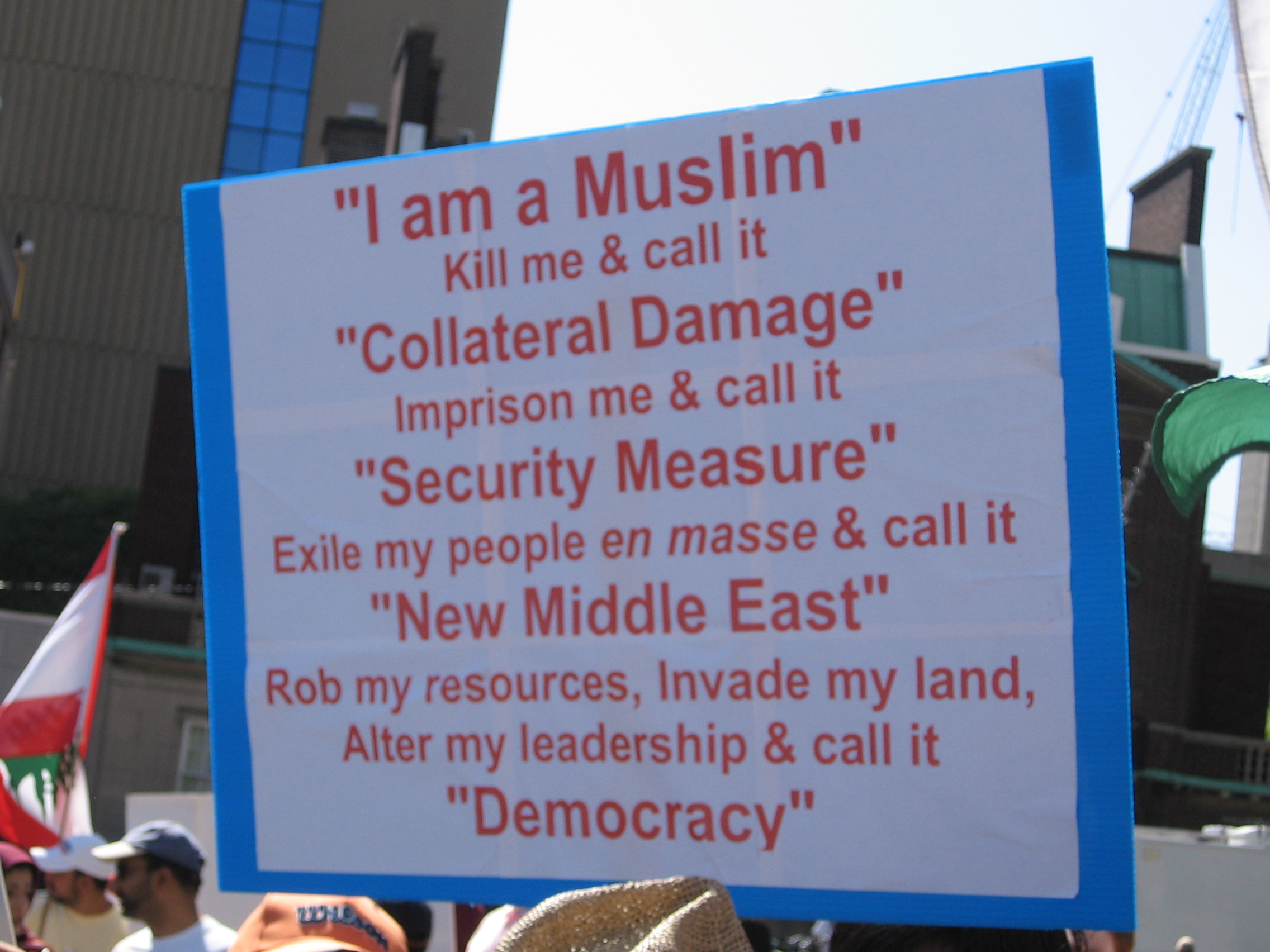 Fifthly, the roles of Arab NGOs are reliably situated within the spectrum of a right-wing reactionary political coalition.  All Western NGOs in Lebanon, for example, operate as an appendage of the right-wing pro-Saudi/pro-U.S. camp, and Western human rights organizations (like Human Rights Watch or Amnesty International) are almost non-declared members of the right-wing establishment in the country. In Lebanon, the Rene Moawad Foundation has emerged as a favorite recipient of U.S. funds, and its annual galas at five-star hotels in Washington, D.C., attract such local luminaries as Paul Wolfowitz.

But within Lebanon, the foundation is associated with its founder, Nayla Moawad, a former MP who is on the far right of the March 14 right-wing collation (with the ultimate focus being the need to disarm Hizbullah, which stands as the only deterrent against Israeli aggression on Lebanon).  In his recent trip to Lebanon, Secretary of State Mike Pompeo visited the home of only one person, Michel Moawad, the son of Nayla Moawad, who spoke about longtime friendship with Pompeo.

It is not clear why U.S. officials are so pleased with the work of this foundation since NGOs, for all their touting of openness, operate very opaquely and don’t release specifics about either their funding or actual programs. It is not unreasonable to assume that local NGOs are assigned political roles by Western funders.  U.S. funding to the American University of Beirut is so tied to its political agenda that the U.S. government, a few years ago, actually asked the administration there to investigate the political leanings of the parents of every student who receives a U.S.-funded scholarship at the university. (The administration at the time refused.)

Sixthly, in the age of high unemployment among the Arab youth, the salaries of Western-funded NGOs are highly prized. When local journalists rise in their profession, they dream of securing an NGO job. For that, young Arab journalists adhere to political standards that are favored by NGOs.  Few for example dare to support resistance to Israel, knowing that it would be a disqualifier. And few dare to question the wisdom of capitalism or of Western wars on terrorism.

Seventhly, Western governments are not the only players in funding of Arab NGOs. Private funders are active as well. The Soros foundation has become quite active in the Arab world and funds a variety of organizations and even Arabic news websites.  While anti-Semitic European rightists are obsessed with George Soros, the roles of Soros in funding reactionary Arab groups is undeniable.

Western intervention and control of the Arab world have taken many shapes and forms over the years. In this millennium, Western governments have gotten excited over the ability of NGOs to further their colonial interests by polluting Arab political culture with Western political terminology that doesn’t threaten Western or Israeli interests.

But there is an increasing awareness in the region of NGO influence. In some media, concern over their roles has sometimes achieved an exaggerated conspiratorial tone.  But it is indubitable that NGOs which receive Western funding are given expanding roles in countries surrounding occupied Palestine, and their agenda is not necessarily reflected in the lofty ideals they print on their glossy brochures.

← ICC Should Not Delay Investigating Israeli War Crimes
Misreading Victory: US After the Cold War →

10 comments for “THE ANGRY ARAB: The NGO Invasion of the Arab World”