In a significant development for Israeli accountability, Fatou Bensouda, chief prosecutor of the International Criminal Court (ICC), seeks to launch an investigation into war crimes committed in Palestine. But she has established an unnecessary and politically suspect condition to slow down the process.

Following a five-year preliminary examination, Bensouda found a reasonable basis to mount an investigation of “the situation in Palestine.” She is “satisfied that (i) war crimes have been or are being committed in the West Bank, including East Jerusalem and the Gaza Strip . . . (ii) potential cases arising from the situation would be admissible; and (iii) there are no substantial reasons to believe that an investigation would not serve the interests of justice.” 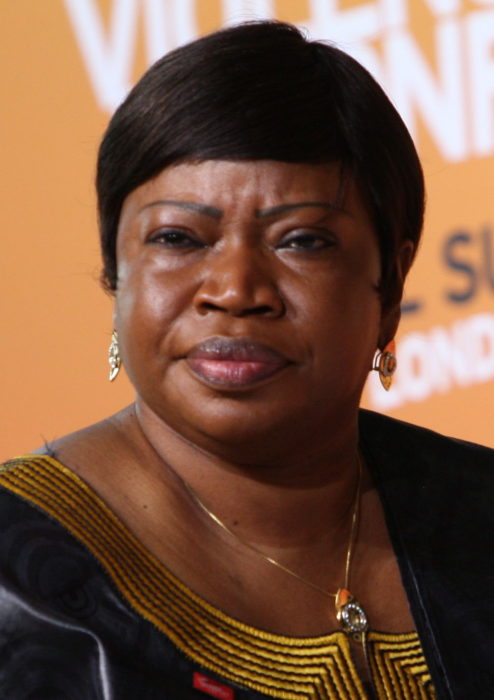 In a preliminary examination, the Office of the Prosecutor decides whether: the crimes fall within the jurisdiction of the ICC; there are genuine national proceedings; and beginning an investigation would further the interests of justice and the victims.

In an investigation, the prosecutor develops evidence, identifies suspects, and applies for arrest warrants and summons to appear before the court.

Bensouda filed a 112-page document with the court’s pre-trial chamber. She found a reasonable basis to believe that Israeli forces committed the war crimes of willful killing, willfully causing serious injury to body or health, disproportionate use of force, transfer of Israeli civilians into the Palestinian territory of the West Bank, and the killing of over 200 Palestinians during demonstrations at the Israel-Gaza fence. She also cited a reasonable basis to investigate possible war crimes by Palestinians, including intentional attacks against civilians; using civilians as human shields; and the commission of torture and willful killing.

The prosecutor could have commenced the investigation without asking the court’s permission. Bensouda determined that the court “does indeed have the necessary jurisdiction in this situation.” But given the “unique and highly contested legal and factual issues,” particularly the issue of “the territory within which the investigation may be conducted,” she asked the pre-trial chamber for a ruling on “the scope of the territorial jurisdiction” of the ICC under the Rome Statute. Bensouda wants confirmation that the “territory” subject to investigation “comprises the West Bank, including East Jerusalem, and Gaza.” She recommends that the jurisdictional issue be “resolved without undue delay.”

Israel is not a party to the Rome Statute. The ICC, however, can exercise jurisdiction over nationals of a non-party if they commit crimes in the “territory” of a state party. In 2012, Palestine was recognized as a non-member observer state to the United Nations under General Assembly Resolution 67/19. Palestine acceded to the Rome Statute and became a member of the States Parties of the International Criminal Court.

Israel contends that “a sovereign Palestinian State does not exist, and that the precondition to the Court’s jurisdiction thus cannot be fulfilled. This is because sovereignty over the West Bank and the Gaza Strip remains in abeyance, and the Palestinian entity manifestly fails to meet the criteria for statehood under general international law.” In his legal opinion, Israeli Attorney General Avichai Mandelblit wrote, “the Palestinian Authority lacks effective control over the territory concerned (and in claiming that the territory is occupied by Israel, essentially concedes that that is so).” He claims that because there is no sovereign Palestinian state, there is no “territory” over which the court can exercise jurisdiction.

However, Israel is occupying the Palestinian territories, which does not give Israel sovereignty over them. Al-Haq, Al-Mezan Center for Human Rights (Al-Mezan) and the Palestinian Center for Human Rights (PCHR) issued a joint statement saying, “Israel does not have sovereign authority, but de facto administrative authority premised on actual and potential effective control in terms of military presence and substitution of authority…” Moreover, “…Israel, the Occupying Power, exercises extra-territorial jurisdiction in the occupied Palestinian territory for purposes related to the protection of the occupied population due to the fact that the area is under its temporary control and military occupation. This does not in any way give Israel sovereign rights over the territory,” they wrote. 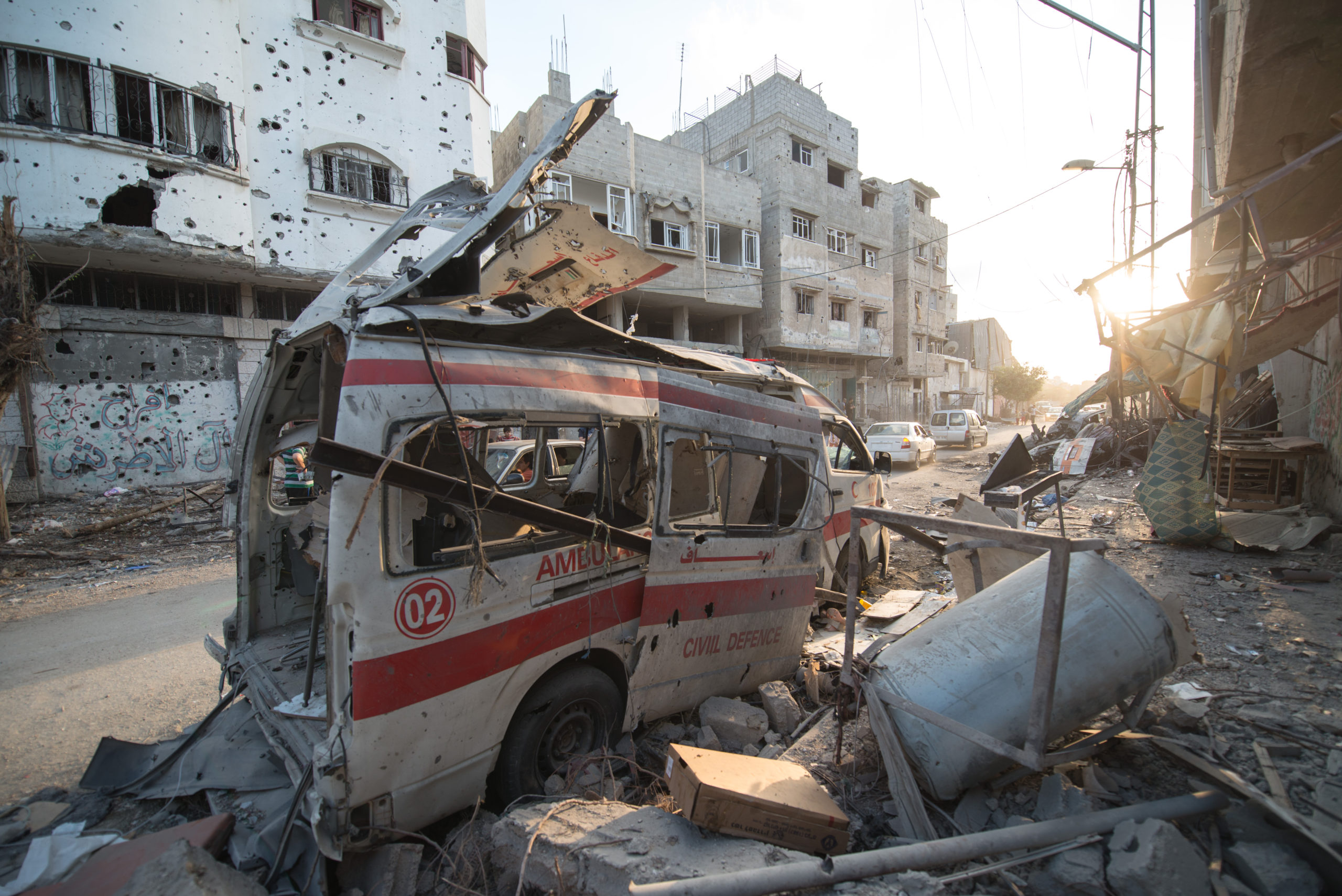 After Bensouda indicated she wished to open an investigation, she was lambasted by the Israeli press.

Bensouda may fear additional repercussions if she proceeds with the investigation without a jurisdictional ruling from the court. In April 2019, after she asked the court to open an investigation into war crimes committed by Afghan and U.S. forces in Afghanistan, the United States revoked her visa. The court then denied Bensouda’s request to launch the investigation, citing the “interests of justice.” Secretary of State Mike Pompeo threatened to take further action against investigators who participate in an ICC investigation.

Although former President Bill Clinton signed the Rome Statute, the United States never ratified it. In fact, former President George W. Bush withdrew the U.S. signature from the statute in 2002. Congress then enacted the American Service-Members’ Protection Act to prevent prosecution of U.S. armed forces in the ICC. One provision, the “Hague Invasion Act,” authorized the use of force to extricate any U.S. or allied national detained by the ICC. The Bush administration blackmailed 100 countries that were parties to the statute by forcing them to sign bilateral immunity agreements pledging not to turn over U.S. persons to the ICC or the U.S. government would withhold foreign aid to them.

Bensouda’s term will expire in 2021 and the court’s consideration of the jurisdictional issue could extend beyond her service. That may lessen any negative consequences she might suffer.

Israeli Prime Minister Benjamin Netanyahu blasted Bensouda for her intention to initiate an investigation, charging her with denying “the truth when she says that the very act of Jews living in their ancestral homeland, the land of the Bible, that this is a war crime.” Likewise, Netanyahu’s political rival Benny Gantz said that “the Israeli army is one of the most moral militaries in the world” and “the Israeli army and State of Israel do not commit war crimes.”

In fact, there is overwhelming evidence of Israel’s commission of war crimes, including willful killing; willfully causing great suffering or serious injury to body or health; unlawful and wanton, extensive destruction and appropriation of property not justified by military necessity; and intentionally directing attacks against the civilian population.

Moreover, by the end of 2018, Israel had unlawfully transferred 628,000 Israeli settlers to settlements in the occupied West Bank, including East Jerusalem. The Rome Statute lists as a war crime, “The transfer, directly or indirectly, by the Occupying Power of parts of its own civilian population into the territory it occupies.”

“After 71 years of continuing Nakba and 52 years of military occupation, the time has come to end impunity for Israel’s war crimes and crimes against humanity committed in the furtherance of its aggressive colonization of Palestinian territory,” the Palestinian human rights organizations declared. Nakba, which is Arabic for “catastrophe,” refers to the ethnic cleansing of Palestine, as 750,00 Palestinians fled or were evicted from their homes from 1947 to 1949 during the creation of Israel. In 1967, after the Six-Day War, Israel militarily occupied the Palestinian territories.

← Esper Denies US Troops are Leaving Iraq; Rules Out Hitting Iranian Cultural Targets
THE ANGRY ARAB: The NGO Invasion of the Arab World →

2 comments for “ICC Should Not Delay Investigating Israeli War Crimes”