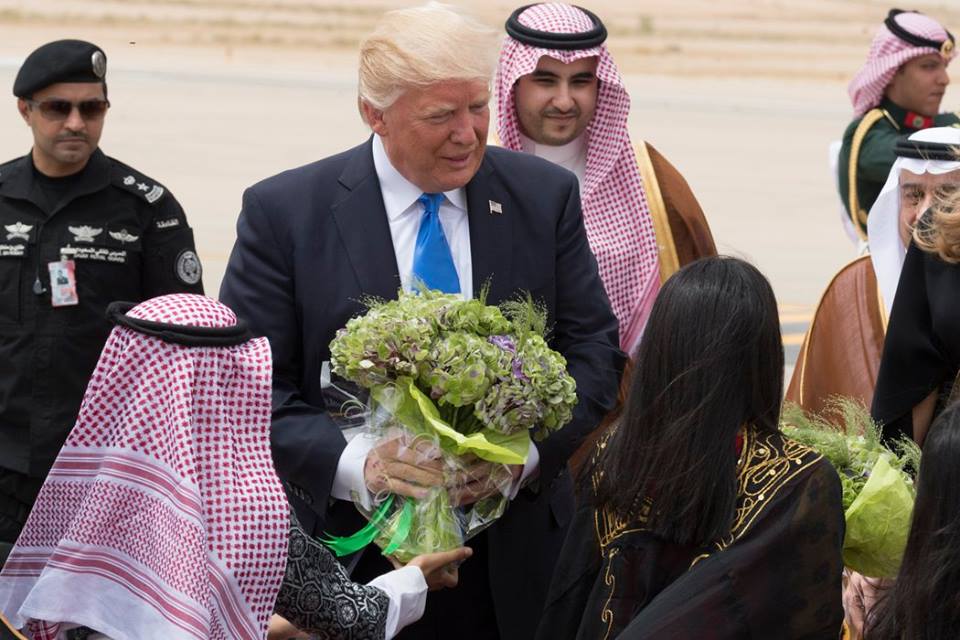 For the United States to abandon proxy warfare and directly kill one of Iran’s most senior political figures has changed international politics in a fundamental way. It is a massive error. Its ramifications are profound and complex.

There is also a lesson to be learned in the excitement and satisfaction this caused in the palaces of Washington, Tel Aviv, Riyadh and Tehran. All of the political elites will see prospects for gain from the new fluidity. While for ordinary people in all those countries there is only the certainty of more conflict, death and economic loss, for the political elite, the arms manufacturers, the military and security services and allied interests, the hedge funds, speculators and oil companies, there are the sweet smells of cash and power.

Tehran will be pleased because the USA has just definitively lost Iraq. Iraq has a Shia majority and so naturally tends to ally with Iran. The only thing preventing that was the Arab nationalism of Saddam Hussein’s Ba’ath Socialist Party. U.S. President George W. Bush and U.K. Prime Minister Tony Blair were certainly fully informed that by destroying the Ba’ath system they were creating an Iranian/Iraqi nexus, but they decided that was containable. The “containment” consisted of a deliberate and profound push across the Middle East to oppose Shia influence in proxy wars everywhere.

This is the root cause of the disastrous war in Yemen, where the Zaidi-Shia would have been victorious long ago but for the sustained brutal aerial warfare on civilians carried out by the Western powers through Saudi Arabia. This anti-Shia Western policy included the unwavering support for the Sunni Bahraini autocracy in the brutal suppression of its overwhelmingly Shia population. And, of course, it included the sustained and disastrous attempt to overthrow the Assad regime in Syria and replace it with pro-Saudi Sunni jihadists.

This switch in U.S. foreign policy was known in the White House of 2007 as “the redirection.” It meant that Sunni jihadists like Al-Qaida and later al-Nusra were able to switch back to being valued allies of the United States. It redoubled the slavish tying of U.S. foreign policy to Saudi interests. The axis was completed once Mohammad Bin Salman took control of Saudi Arabia. His predecessors had been coy about their de facto alliance with Israel. MBS felt no shyness about openly promoting Israeli interests, under the cloak of mutual alliance against Iran, calculating quite correctly that Arab street hatred of the Shia outweighed any solidarity with the Palestinians. Common enemies were easy for the USA/Saudi/Israeli alliance to identify; Iran, the Houthi, Syria’s PresidentBashar al-Assadand of course the Shia Hezbollah, the only military force to have given the Israelis a bloody nose. The Palestinians themselves are predominantly Sunni and their own Hamas was left friendless and isolated. 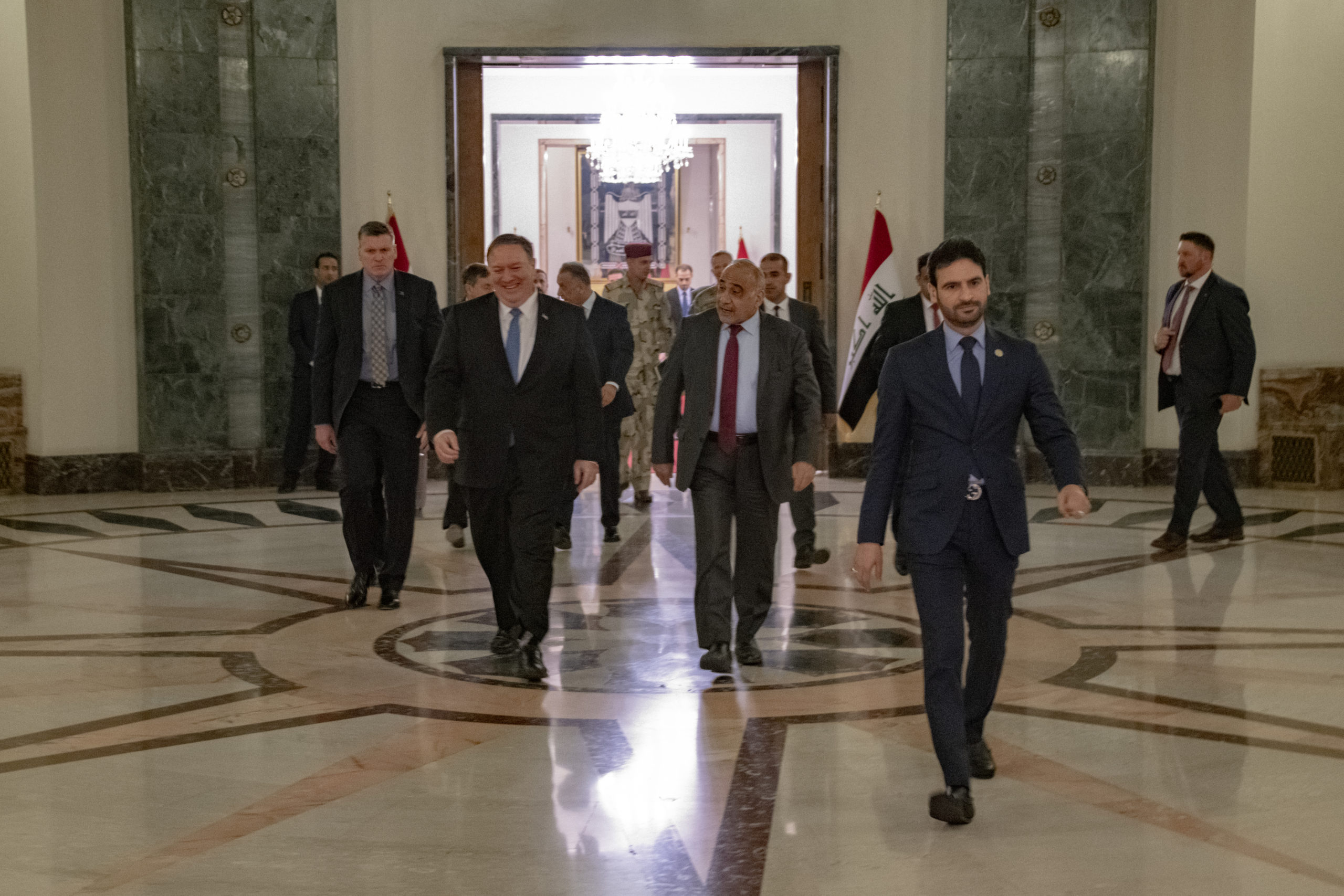 The principal difficulty of this policy for the U.S. of course is Iraq. Having imposed a rough democracy on Iraq, the governments were always likely to be Shia dominated and highly susceptible to Iranian influence. The U.S. had a continuing handle through dwindling occupying forces and through control of the process which produced the government. They also provided financial resources to partially restore the physical infrastructure the U.S. and its allies had themselves destroyed, and of course to fund a near infinite pool of corruption.

That U.S. influence was balanced by strong Iranian-aligned militia forces who were an alternative source of strength to the government of Baghdad, and of course by the fact that the center of Sunni tribal strength, the city of Falluja, had itself been obliterated by the United States, three times, in an act of genocide of the Iraqi Sunni population.

Through all this the Iraqi Prime Minister Adil Abdul-Mahdi had until now tiptoed with great care. Pro-Iranian, yet a long-term American client, his government maintained a form of impartiality based on an open hand to accept massive bribes from anybody. That is now over. He is pro-Iranian now.

Such precarious balance as there ever was in Iraq was upset these last two months when the U.S. and Israelis transported more of their ISIL Sunni jihadists into Iraq, to escape the pincer of the Turkish, Russian and Syrian government forces. The Iranians were naturally not going to stand for this and Iranian militias were successfully destroying the ISIL remnants, which is why General Qassem Suleimani was in Iraq, why a U.S. mercenary assisting ISIL was killed in an Iranian militia rocket attack, and why Syrian military representatives were being welcomed at Baghdad airport.

It is five years since I was last in the Green Zone in Baghdad, but it is extraordinarily heavily fortified with military barriers and checks every hundred yards, and there is no way the crowd could have been allowed to attack the U.S. embassy without active Iraqi government collusion. That profound political movement will have been set in stone by the U.S. assassination of Iran’s General Qassem Suleimani. Tehran will now have a grip on Iraq that could prove to be unshakable.

Nevertheless, Tel Aviv and Riyadh also celebrated the idea that their dream of the U.S. destroying their regional rival Iran, as Iraq and Libya were destroyed, is coming closer. The U.S. could do this. The impact of technology on modern warfare should not be underestimated. There is a great deal of wishful thinking that fantasizes about U.S. military defeat, but it is simply unrealistic if the U.S. actually opted for full scale invasion. Technology is a far greater factor in warfare than it was in the 1960s. The U.S could destroy Iran, but the cost and the ramifications would be enormous, and not only the entire Middle East but much of South Asia would be destabilized, including of course Pakistan. My reading of President Donald Trump remains that he is not a crazed Clinton type war hawk and it will not happen. We all have to pray it does not.

The assassination also caused rejoicing in Washington. There is nothing like an apparently successful military attack in a U.S. re-election campaign. The Benghazi embassy disaster left a deep scar upon the psyche of Trump’s support base in particular, and the message that Trump knows how to show the foreigners not to attack America is going down extremely well where it counts, whatever wise people on CNN may say.

So, what happens now? Consolidating power in Iraq and finishing the destruction of ISIL in Iraq will be the wise advance that Iranian statesman can practically gain from these events. But that is, of course, not enough to redeem national honor. Something quick and spectacular is required for that. It is hard not to believe there must be a very real chance of action being taken against shipping in the Straits of Hormuz, which Iran can do with little prior preparation. Missile attacks on Saudi Arabia or Israel are also well within Iran’s capability, but it seems more probable that Iran will wish to strike a U.S. target rather than a proxy. An ambassador may be assassinated. Further missile strikes against U.S. outposts in Iraq are also possible. All of these scenarios could very quickly lead to disastrous escalation.

In the short term, Trump in this situation needs either to pull out troops from Iraq or massively to reinforce them. The U.K. does not have the latter option, having neither men nor money, and should remove its 1400 troops now. Whether the “triumph” of killing Suleimani gives Trump enough political cover for an early pullout — the wise move — I am unsure. 2020 is going to be a very dangerous year indeed.

← Premiere of CN Live! Season 2 on the Crisis With Iran
The Human Cost of War on Iran →

7 comments for “The USA’s Slavish Saudi Allegiance Against Iran”