A monumentally destructive U.S. decade — symptomatic of imperial decline  — exposed a shamefully pliant press. But we have at least one reason to resist incurable pessimism.

I sit in one of the dives

As the clever hopes expire

Of a low dishonest decade.

These are W.H. Auden’s lines, written as the 1930s drew to a close and six years of global conflagration commenced. Eighty years later, they are pitifully, painfully apt as the second decade of our new century gives way to the third.

With 2019 staggering to its end, what do we see when we look back over the 2010s? What when we look forward to the 2020s? These are our questions, each to be answered without flinching, dissembling or deflecting.

It requires a wide-eyed Boy Scout’s optimism to consider the decade now behind us and see anything other than a steady descent into global disorder, violence and abuse of international law. If this seems unduly pessimistic, it is merely because the 2010s were also a decade of probably unprecedented mis– and disinformation, both deployed to mask responsibility for 10 years’ worth of calamities that, with no obvious exceptions, could have been averted.

In this same line, you would have to be Hillary Clinton or Mickey Rooney, fresh from a rendition of “Yankee Doodle Dandy,” to miss the rampantly pernicious character of American foreign policy this past decade. The evident trajectory resembles what we find on the climate-change question: Amid copious signs of crisis, the U.S. spent the last 10 years hurtling in the wrong direction. By any measure, it is now very arguably the primary source of global disorder in this century. 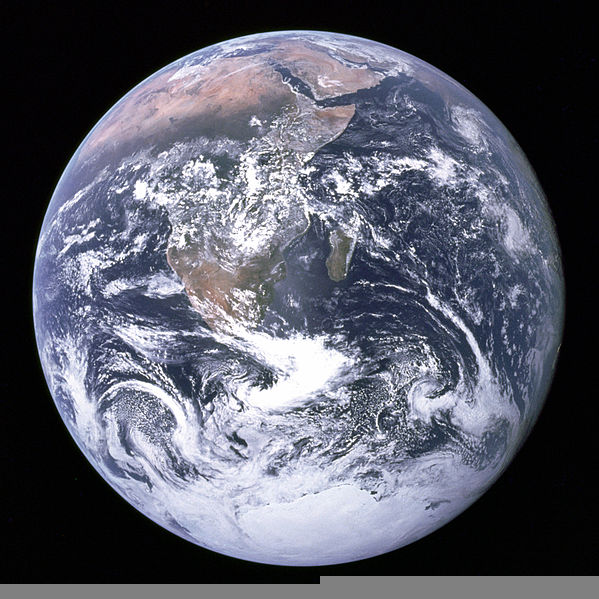 Image of  Earth taken from Apollo 17.

The world comes to understand this, even if many Americans prefer to bury themselves in illusions and self-deceptions.

A Pew Research Center study published earlier this year indicated that nearly half the planet now considers the U.S. “a major threat” to their nations. This is almost double the rate of negative views Pew found in 2013, when it began this series of surveys.

Two years ago, the Council on Foreign Relations convened a workshop of Europeans to consider “Managing Global Disorder,” as the event was titled. “To some,” CFR reported afterward, “the principal source of instability has been the overzealous actions of the United States — particularly in the wake of 9/11 — in promoting democracy, human rights, and regime change around the world in contravention of established principles of state sovereignty.”

The good people at Pew seem intent on sanitizing the 2010s by dropping the blame for this rise in anti–American sentiment on Donald Trump’s doorstep. The president certainly bears responsibility for souring the global mood, notably in pulling out of the Paris climate pact in 2017, the Iran nuclear accord a year later, and various arms-limitations agreements with Russia. But let us disabuse ourselves on one important point. The world’s wariness and weariness of America’s conduct beyond its shores was well in train before Mr. Trump went to Washington.

Bearer of Many Clever Hopes

President Barack Obama, then a year in office, was the bearer of many clever hopes when the 2010s began. It was not two weeks into the new decade before the first signs arrived that these were to be years of blighted expectations and media manipulation by way of a shamefully pliant press.

The decade announced itself on Jan. 12, 2010, when a magnitude 7.0 earthquake struck just outside Port–au–Prince, killing some 250,000 Haitians, injuring 300,000 more, and leaving 5 million displaced. In less than a month, it was clear that the U.S. was using its contribution to the rescue effort to establish a formidable military presence in Haiti. This corruption foreshadowed the many frauds to come under the Responsibility to Protect rubric. 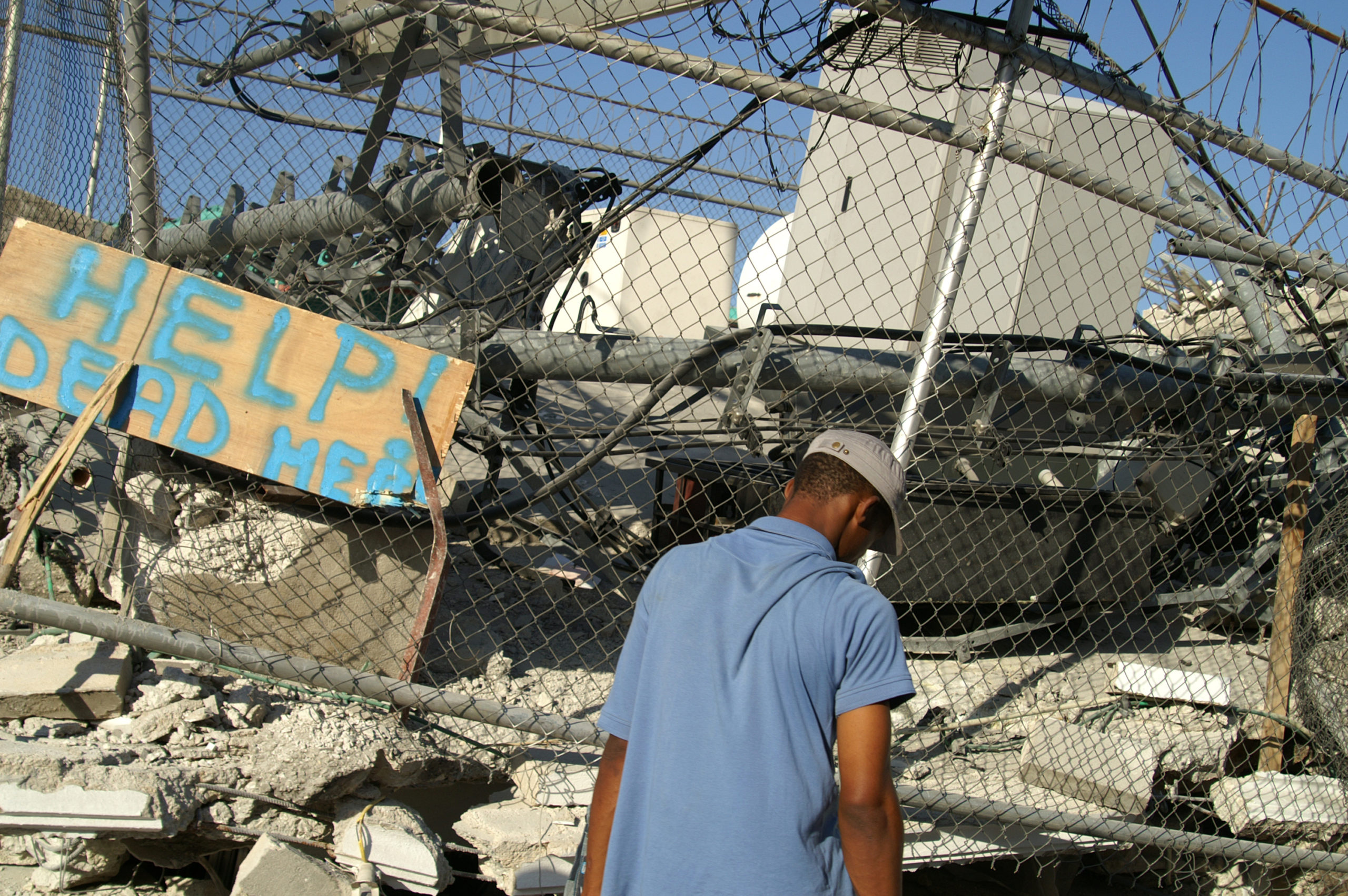 A year later and at Washington’s insistence, the U.N. Security Council cited the R2P doctrine as it authorized a disastrous military intervention in Libya. Low and dishonest hardly do justice to Hillary Clinton’s determination to destroy an entire nation. It was Clinton, as Obama’s secretary of state, who persuaded the Russians not to veto the Security Council’s resolution by promising to limit the mission to humanitarian amelioration. NATO bombing operations then led to Muammar Gaddafi’s gruesome assassination —  about which Clinton infamously cackled, “We came, we saw, he died.”

One year in, the decade’s template was already evident. Let us note its constituent parts as these recur again and again.

In 2012, the U.S. began its not-very-covert regime change operation in Syria by arming the very types of jihadist militias it claimed to be countering. Seven years later, this story continues. We now have liberals and “progressives” howling in defense of U.S. intervention when Trump proposes even a minor withdrawal from Syrian soil.

The coup in Egypt was the premier event in 2013. This was a classic case of wholesale deception. The director of this “regime change” op was Susan Rice, Obama’s national security adviser, who green-lighted the Egyptian military’s move against the legitimately elected Mohamed Morsi hours before it began.

The New York Times reported Rice’s role — once, on July 6, three days after the coup was complete. This was plainly judged an error, for Rice’s telephone call to Cairo was never again mentioned anywhere in the American press. A few weeks later, the Times dutifully quoted John Kerry, Obama’s secretary of state by this time, as he praised the Egyptian generals “restoring democracy.”

Neat and nice. The U.S.–cultivated coup in Ukraine, on Feb. 21, 2014, by contrast, was neither neat nor nice. There is abundant evidence of Washington’s key role in this “regime change” — not least a recording of Victoria Nuland, the State Department apparatchik, as she directed the op against the (once again) duly elected president of Ukraine, Viktor Yanukovych. 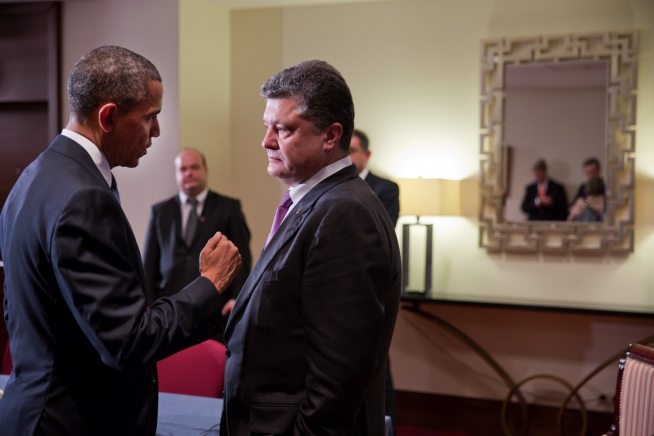 We still live with the resulting mess, of course. But the U.S. press has not once reported accurately on the events leading to Yanukovych’s ouster, instead pretending that the Ukraine crisis began when Moscow, entirely out of the blue, annexed Crimea (after a properly conducted referendum) to protect its naval base on the Black Sea. Neither has there been any acknowledgement of Kiev’s post-coup dependence on neo–Nazi militias for its survival.

On the decade goes. In 2016 the fabrications collectively known as “Russiagate” began their long life, setting back any prospect of a constructive new détente with Moscow by at least a decade and very probably more. Two years later the Pentagon declared Russia and China America’s two most threatening global adversaries.

This brings us to the year now ending. January gave us the attempted-and-failed coup in Venezuela, starring a jumped-up flunky named Juan Guaidó, whose moment, we now read, has passed. In November we saw the coup — and to be clear, there is no other word for it — against the (again, duly elected) Evo Morales in Bolivia.

Even this pencil sketch of the 10 years gone by yields six U.S.–directed coup operations on three continents, four of them successful (Egypt, Ukraine, Honduras and Bolivia). We end the decade with two officially declared adversaries in the Cold War mold — both of which are on the record preferring a cooperative relationship with the U.S. in the interest of securing a global order we do not now enjoy.

What conclusions are to be drawn? Let us derive one from our backward glance and another from our look forward.

If the 2010s have a single lesson for us, it is that the U.S. has entered its late-imperial phase — those years when its preeminence as a global power begins to fray at its edges and its conduct abroad takes on a hue of desperation.

Look back: America has cast itself as global spoiler these past 10 years — forlornly attempting to hold back an arriving era the way Cú Chulainn, the mythical Irish warrior, wielded his sword to battle back the incoming tide. For all the damage the U.S. has done elsewhere this past decade, notably but not only in the Middle East, it has done as much or more to itself.

There may seem little of good in prospect as we peer into the 2020s, but before succumbing to incurable pessimism and yet more of the deadly ennui that saps our energies, let us consider a few more lines from Auden’s “September 1, 1939.” These appear toward the poem’s end:

Defenseless under the night

Our world in stupor lies;

Flash out wherever the Just

At the end of our low, dishonest decade, we find that the ranks of those able to see this nation for what it is—so recognizing the urgent need for remedies and redirection— have swollen considerably since 2010. There are more of us, with our ironic points of light, and newcomers arrive by the day. This already matters, and it will matter ever more as the new decade proceeds.

In this connection, the collapse of corporate media’s ethics and professional standards over the past decade — and hence their credibility — is of special importance. These media bear much of the blame for the messes just outlined. This assigns an ever-greater responsibility to what is commonly called “the alternative press.” This is a phenomenon easily discerned these past 10 years. As these media grow into this responsibility, they stand to re-establish the press as an independent pole of power — a station our corporate media have (with no apparent hesitation) abdicated in favor of a craven devotion to the reigning orthodoxy.

In truth, there is no such thing as alternative media: There are only media, good and bad, of greater or lesser resources, of greater or lesser loyalty to principle. If the 2020s turn out at all well, this will become ever-more evident. If we are to make more sense of the decade to come than we find in the decade now ending, these media will have much to do with it.

26 comments for “PATRICK LAWRENCE: ‘As the Clever Hopes Expire’: A Look Back at the Ending Decade”