Pepe Escobar reports on the pros and cons of being the “Heartland” in the 21st century.

Crossing Tajikistan from west to northeast – Dushanbe to the Tajik-Kyrgyz border – and then Kyrgyzstan from south to north all the way to Bishkek via Osh, is one of the most extraordinary road trips on earth. Not only is this prime Ancient Silk Road territory but now it is being propelled as a significant stretch of the 21st century New Silk Roads.

In addition to its cultural, historical and anthropological pull, this road trip also lays bare some of the key issues related to the development of Central Asia. It was particularly enlightening to hit the road as previously, at the 5th Astana Club meeting in Nur-Sultan, Kazakhstan, I had had the pleasure of moderating a panel titled“Central Asia at the Intersection of Global Interests: Pros and Cons of Being a Heartland.”

The Heartland in the 21st century could not but be a major draw. Any serious analyst knows that Central Asia is the privileged corridor for both Europe and Asia at the heart of the New Silk Roads, as the Chinese-led BRI converges with the Russia-led Eurasian Economic Union (EAEU).

And yet, less than 10 percent of trade in Central Asia happens within the region, while 60 percent is directed to the EU. Idiosyncratic practices among the five former Soviet “Stans” still somewhat prevail. At the same time, there’s a consensus that measures such as a proposed, online, unified Silk Visa plan are bound to boost tourism and trade connectivity.

Banking experts such as Jacob Frenkel, chairman of JP Morgan Chase International, insist that the path towards inclusive growth in Central Asia entails access for financial services and financial tech; Nur-Sultan, incidentally, happens to be the only financial center within a 3,000-mile radius. Only a few years ago it was basically a potato field. 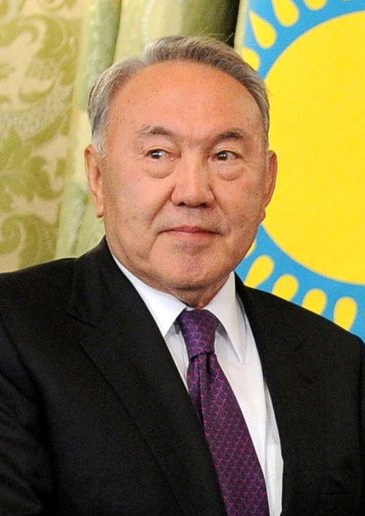 So, it will be up to Kazakhs to capitalize on the financial ramifications of their independent, multi-vector foreign policy. After all, aware that his young nation was a “child of complicated history,” First President Nursultan Nazarbayev from the beginning, in the early 1990s, wanted to prevent a Balkans scenario in Central Asia – as proposed as a sort of self-fulfilling prophecy by Zbigniew Brzezinski in “The Grand Chessboard.”Recently Kazakhstan mediated quite successfully between Turkey and Russia. And then there’s the Kazakh hosting of the Astana process, which quickly evolved as the privileged road map for the pacification of Syria.

Link or a Bridge?

Frederick Starr, chairman of the Central Asia-Caucasus Institute in Washington, made a crucial point in the sidelines of our debate: the UN recently passed a unanimous resolution recognizing Central Asia as a world region. And yet, there is no structure for cooperation inside Central Asia. Tricky national border issues between the Amu Darya and the Syr Darya rivers may have been solved. There are very few pending questions between, for instance, the Uzbeks and the Kyrgyz. Most “Stans” are SCO members, some are EAEU members and all want to profit from BRI.

But as I later saw for myself on the road as I crossed Tajikistan and then Kyrgyzstan, tariff barriers still apply. Industrial cooperation is developing very slowly. Corruption is rife. Distrust of “foreigners” is inbred. And on top of it, the fallout of the U.S.-China trade war affects mostly developing nations – such as the Central Asians. A solution, Starr argues, would be to boost the work of an established commission, and aim towards setting up a single market by 2025.

At the Nur-Sultan debate, my friend Bruno Macaes, former minister for Europe in Portugal and author of the excellent “The Dawn of Eurasia,” argued that the thrust for the New Silk Roads remains sea transportation and investment in ports. As Central Asia is landlocked, the emphasis should be on soft infrastructure. Kazakhstan is uniquely positioned to understand differences between trading blocs. Macaes argues that Nur-Sultan should aim to replicate the role of Singapore as a bridge.

Peter Burian, the EU special representative for Central Asia, chose to stress the positives: how Central Asia has managed to survive its new Heartland incarnation without conflict, and how it’s engaged in institutional building from scratch. The Baltics should be taken as an example. Burian insists the EU does not want to impose ready-made concepts, and would rather work as a link, not as a bridge. More EU economic presence in Central Asia means, in practice, an investment commitment of $1.2 billion in seven years, which may not amount to much but targets very specific, practical-minded projects. 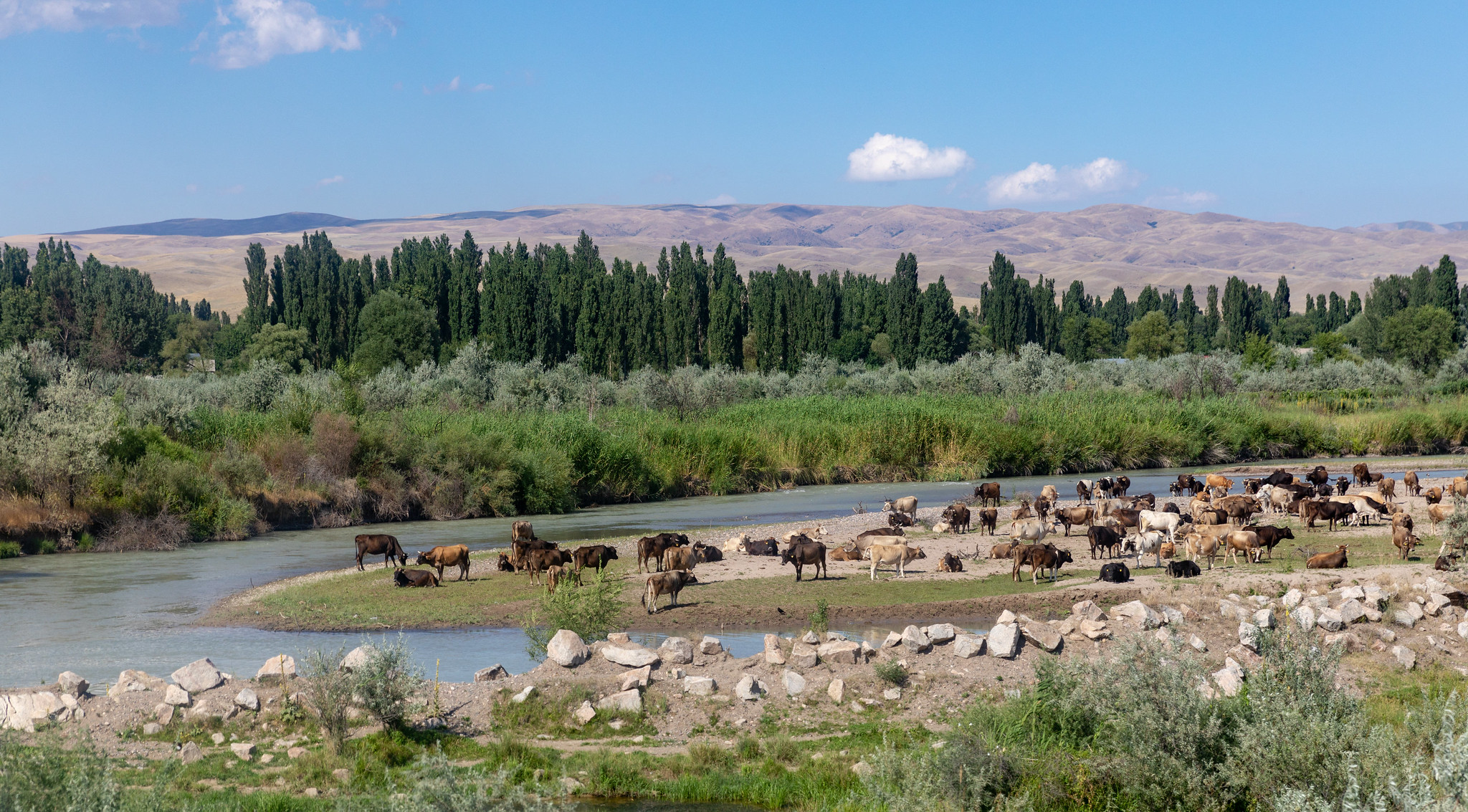 Bishkek, Kyrgyzstan, portion of the Chu River, which runs through to Kazakhstan.  (Ninara/Flickr)

Evgeny Vinokurov, chief economist of the Eurasian Fund for Stabilization and Development, touched on a real success story: the 15 day-only transportation/connectivity rail between China’s central provinces, Central Asia and the EU – now running at 400,000 cargo containers a year, and rising, and used by anyone from BMW to all manner of Chinese manufacturers. Over 10 million tons of merchandise a year is already moving West while 6 million tons are moving East. Vinokurov is adamant that the next step for Central Asia is to build industrial parks.

Svante Cornell, from the Institute for Security and Development Policy, emphasized a voluntary process, possibly with six nations (Afghanistan also included), and well-coordinated in practice (way beyond mere political integration). Models should be result-oriented ASEAN and Mercosur (presumably before Bolsonaro’s disruptive practices). Key issues involve facilitating smoother border crossings and for Central Asia to position itself as not just a corridor.

Essentially, Central Asia should think eastwards – in an SCO/ASEAN symbiosis, keeping in mind the role Singapore developed for itself as a global hub.

What About Tech Transfer?

As I saw for myself days later, when for instance, visiting the University of Central Asia in Khorog, in the Pamir Highway in Tajikistan, set up by the Aga Khan foundation, there is a serious drive across Central Asia to invest in universities and techno centers. In terms of Chinese investment, for instance, the Asia Infrastructure Investment Bank (AIIB) is financing hydropower in Kyrgyzstan. The EU is engaged in what it defines as a “trilateral project” – supporting education for Afghan women and universities in both Kazakhstan and Uzbekistan.

This may all be discussed and deepened in an upcoming, first-ever summit of Central Asian presidents. Not bad as a first step.

Arguably the most intriguing intervention in the debate in Nur-Sultan was by former Kyrgyz Prime Minister Djoomart Otorbaev. He remarked that the GDP of four “Stans,” excluding Kazakhstan, is still smaller than Singapore’s. He insisted the road map ahead is to unite – mostly geoeconomically. He emphasized that both Russia and China “are officially complementary” and that’s “great for us.” Now it’s time to invest in human capital and thus generate more demand.

But once again, the inescapable factor is always China. Otorbaev, referring to BRI, insisted, “you must offer to us the highest technological solutions.” I asked him point-blank whether he could name a project with inbuilt, top technological transfer to Kyrgyzstan. He answered, “I didn’t see any added value so far.” Beijing better go back to the drawing board – seriously.