The media is dropping the Brexit Party leader just when he deserves coverage as a critical factor, writes Craig Murray.

For a decade Nigel Farage has been flung into our living rooms continually by the BBC. Even when his U.K. Independence Party barely registered a blip in the opinion polls, he was a regular on “Question Time” and the other news, current affairs and politics programs. Farage’s celebrity was a BBC creation. He served an important purpose. At a time when the wealth gap was growing exponentially, and working conditions and real incomes of ordinary people were deteriorating sharply, Farage helped amplify the Establishment message that the cause of these problems was not the burgeoning class of billionaires sucking up the world’s resources, but rather the poor immigrants also scratching to make a living. 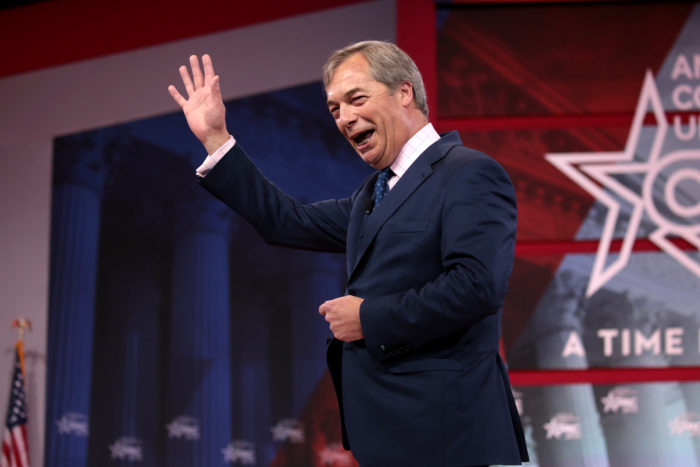 Having undermined the prospects of a left-wing reaction to massively increasing inequality, Farage has now served his purpose. The exigencies of fighting an election under “first past the post” rules are such that Farage, now leader of the Brexit Party, has become a potentially serious problem for the wealthy elite.

The Brexit Party is a fundamental threat to Prime Minister Boris Johnson’s strategy of moving the Tory Party decisively to the hard right and attempting to win seats on the back of working-class anti-immigrant votes in the Midlands and North of England. More liberal Scottish, London and South Western Tory voters have been deliberately abandoned, and constituencies sacrificed, in order to chase hard racist votes. Those indoctrinated to hate their fellow man if he has a Polish accent, are now required by the elite to vote Tory, not to vote for the Brexit Party.

The remarkable result of this is that, at precisely the point where Farage’s influence will be most crucial in determining the future of politics in the U.K., he has been dropped by the media. I am extremely confident in my perception that he has appeared less in the last month than at any period in the preceding decade. Having been boosted into prominence by the BBC when they were insignificant, the BBC will do everything it possibly can to dampen down Farage and his Brexit Party now they legitimately deserve coverage as a critical factor.

I am happy to state with confidence that this election will backfire on the Tories. The strong evidence from both the 2017 election and the Scottish referendum campaign, is that once broadcasting rules on equal time come into play, voters will be profoundly influenced by hearing direct from normally derided people and their normally ridiculed arguments.

The electoral strategy of Johnson and his key adviser Dominic Cummings is catastrophically bad. “First past the post” rewards regional voter concentration. Cummings plan is to sacrifice votes in traditional Tory areas in order to pile them up in traditionally hostile areas. The result will be to even out their vote, lose regional concentration and lose the election. They can pile on 2 million racist votes in traditional Labour constituencies without gaining more than a dozen seats. That will merely cancel out losses in Scotland. It is unlikely that people, en masse, are going to forget the devastation of their communities by Margaret Thatcher or the generations of fight for a decent living. The antipathy to the Tories in parts of the U.K. is not “tribal,” it is the result of generations of hard experience. 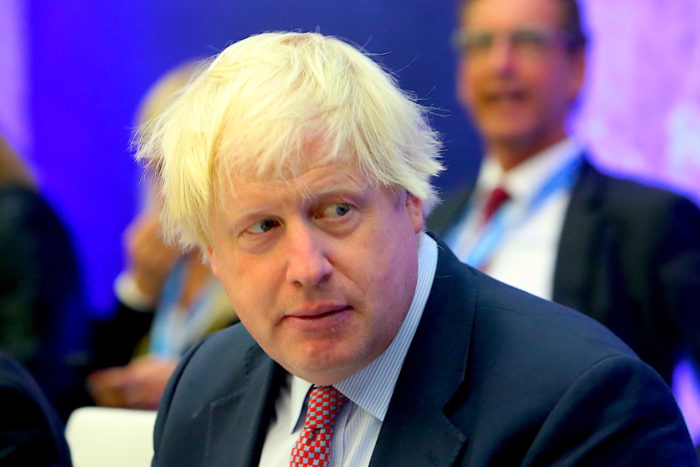 The Brexit Party may have more appeal than the Tories in traditional Labour consituencies, but neither they nor the Tories will win any significant number of them. It is in the marginals of the Midlands and Lancashire where the Brexit Party may damage the Tories’ chances, not in Sunderland and Hartlepool, which will stay Labour.

The Midlands, both East and West, are hard to predict and the key battleground, but the number of possible Tory gains is not enough to compensate for their losses elsewhere. The Tories could end up with the largest share of the vote, perhaps 36 percent, but fewer seats than the Labour Party. That is what I expect to happen.

The fly in this alluring ointment is that the Liberal Democrats have shifted so decisively to the right on economic policy. In general. I advise everyone in England to vote tactically to defeat the Tories in their constituency, but obviously both Lib Dems and Labour have individual right-wing horror candidates I could never ask anyone to vote for.

Here in Scotland, independence remains the overriding priority. We must escape from Tory domination and the right-wing jingoism that so infects English politics; but also it is simply normal for a nation to be independent. So, we all have to vote and campaign for the Scottish National Party in what could be a decisive moment in our history.

Incidentally, there is not a single constituency in Scotland where there is a plausible argument that to vote SNP risks letting a Tory in. I am hopeful that we will sweep the Tories out of Scotland completely this time. I am also quite keen about the SNP helping Corbyn pass the basis of a radical left-wing reform agenda through Westminster, whilst briefly on a swift route to Independence.

Now that would be a good Christmas present.

← This Election is Not About Brexit, It’s About Common Human Decency
The Media’s Obsession With Personalities →