What the president advocated was one of the most telling statements of his presidency. It amounted to an admission that he is perfectly willing to commit a war crime. 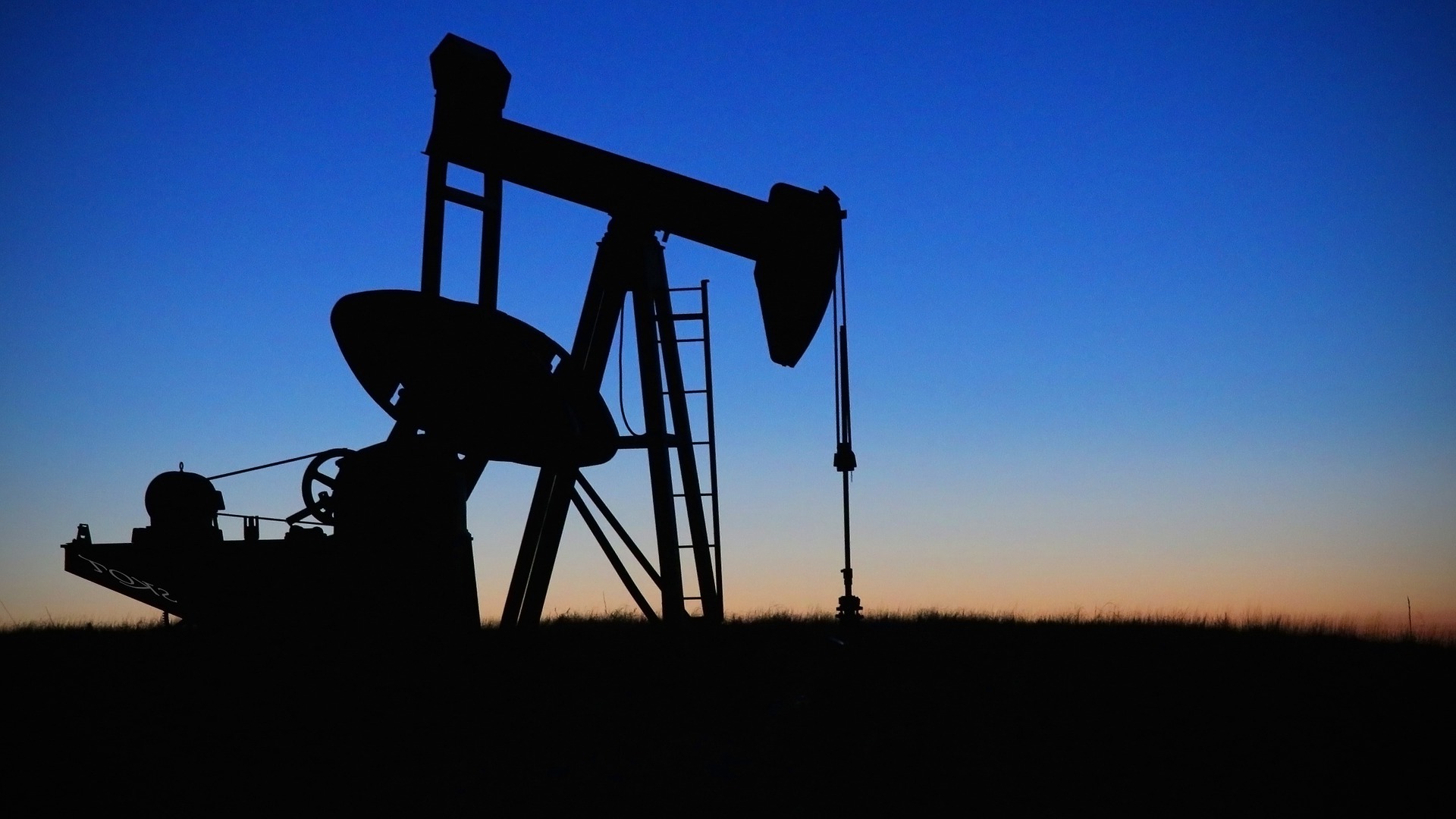 President Donald Trump on Sunday held a highly unusual press conference to announce the successful special forces operation the night before that resulted in the death of ISIS leader Abu Bakr al-Baghdadi.  When Trump read his prepared statement and did not walk away from the podium, my first thought was, “Oh, boy.  How much classified information is he going to release now?”  My own informed opinion is that he released a lot, talking about who did the raid, how they did it, where they launched from, what other countries were involved, and the fact that special forces elements remained on-scene for two hours to collect documentary intelligence.  Often, those kinds of details leak out in the days and weeks after a raid like this.  But they never, ever come from the president himself.

Trump also gloated inappropriately that Baghdadi “ran whimpering, crying, and screaming all the way” before detonating a suicide vest, killing himself and three of his children.  The whimpering, crying, and screaming part probably wasn’t true.  After all, the raid was in the middle of the night and Baghdadi had fled into a tunnel to try to escape the onslaught.  It would have been impossible to know if he was crying down there.  Trump added about Baghdadi, “He died like a dog.  He died like a coward.  The world is now a much safer place.”

Very few people in the Middle East keep dogs as pets.  This was an insult just for the sake of insult.  Don’t get me wrong — I’m glad Baghdadi is dead.  He was a coldblooded murderer, child killer, and terrorist, and the world is a better place without him in it.  But the insults were unnecessary. 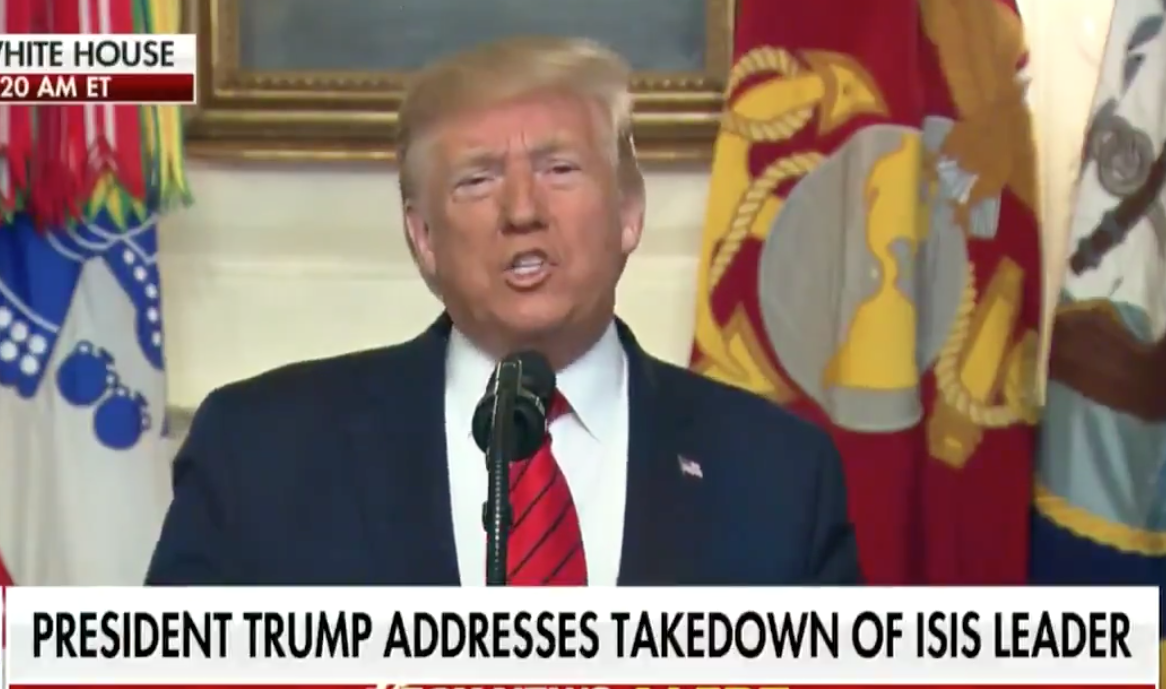 All of that is irrelevant to the story, though. The most interesting part of the president’s press conference was his segue into a non sequitur about Iraq.  Mid way through the press conference a reporter asked Trump about what “brilliant” people helped in his decision-making process for the operation. Trump’s response was one of the most telling statements of his presidency.  Indeed, it was an admission that he is perfectly willing to commit a war crime, an impeachable offense, as part of his personal ideology.  Here’s the exchange:

Reporter:  “You—you mentioned that you had met some—gotten to know some brilliant people along this process who—who had helped provide information and—and—and advice along the way.  Is there anyone in particular or would you like to give anyone credit for getting to this point today?”

Trump:  “Well, I—I would but if I mention one, I have to mention so many.  I spoke to Senator Richard Burr this morning and as you know, he’s very involved with intelligence and the committee.  [Note:  Senator Richard Burr (R-NC) is the chairman of the Senate Select Committee on Intelligence.]  And he’s a great gentleman.  I spoke with Lindsey Graham just a little while—in fact, Lindsey Graham is right over here, and he’s been very much involved in this subject and he’s—he’s a very strong hawk, but I think Lindsey agrees with what we’re doing now.  And again, there are plenty of other countries that can help them patrol.  I don’t want to leave 1,000 or 2,000 or 3,000 soldiers on the border.  But where Lindsey and I totally agree is the oil.

“The oil is, you know, so valuable.  For many reasons.  It fueled ISIS, number one.  Number two, it helps the Kurds, because it’s basically been taken away from the Kurds.  They were able to live with that oil.  And number three, it can help us, because we should be able to take some also.  And what I intend to do, perhaps, is make a deal with an ExxonMobil or one of our great companies to go in there and do it properly. Right now it’s not big.  It’s big oil underground but it’s not big oil up top. Much of the machinery has been shot and dead.  It’s been through wars.  But—and—and spread out the wealth.  But no, we’re protecting the oil, we’re securing the oil.  Now that doesn’t mean we don’t make a deal at some point.

“But I don’t want to be — they’re — they’re fighting for 1,000 years, they’re fighting for centuries.  I want to bring our soldiers back home, but I do want to secure the oil.  If you read about the history of Donald Trump, I was a civilian.  I had absolutely nothing to do with going into Iraq and I was totally against it.  But I always used to say that if they’re going to go in—nobody cared that much but it got written about—if they’re going to go in—I’m sure you’ve heard the statement because I made it more than any human being alive.  If they’re going into Iraq, keep the oil. They never did.  They never did.  I know Lindsey Graham had a bill where basically we would have been paid back for all of the billions of dollars we’ve spent.”

What Donald Trump is advocating here, in his very Donald Trump kind of way, is “pillaging.”  He is advocating taking Iraq’s oil by force, ostensibly as payment for our “liberation” of that country.  This is clearly and definitively a war crime.

International law has long protected property against pillage during armed conflict.  The Lieber Code, a military law from the U.S. civil war, said, “All pillage or sacking, even after taking place by force, are prohibited under penalty of death, or such other severe punishment as may seem adequate for the gravity of the offense.” In The Hague Regulations of 1907, two provisions stipulate clearly that “the pillage of a town or place, even when taken by assault, is prohibited,” and that “pillage is formally forbidden.” The Geneva Conventions of 1949 and the Rome Statute of the International Criminal Court have both formally reaffirmed that pillaging a country of its natural resources is illegal and is considered to be a war crime.  It’s as simple as that.

It matters not one whit if Lindsey Graham has a bill to take Iraq’s oil.  It doesn’t matter if Trump thinks we should take the oil as reimbursement for U.S. aggression against that country.  What matters here is the rule of law, and the law is clear.  It’s bad enough that the U.S. military is in Syria illegally.  (There are only three ways to send troops to a foreign country legally:  If the troops are invited by the country; if the country attacks the United States; or with the permission of the United Nations Security Council.)  Let’s not add more international crimes to the ones we’ve already committed.