From Brexit’s threat to resurrect hard borders in Ireland to the ongoing unrest in Hong Kong, John Wight reviews an array of global crises rooted in British exceptionalism.

By John Wight
in Edinburgh, Scotland
Special to Consortium News

“Your deeds they would shame all the devils in hell,” is a line from the Ballad of James Connolly, written in 1972 by the Irish folk music band The Wolfe Tones in tribute to the Irish rebel leader, union organiser,  thinker and theorist, who was executed by a British firing squad for his part in the 1916 Easter Rising in Dublin.

This lyric offers a cogent summation of the blood-soaked legacy of British colonialism and imperialism, which continues to play a role in an array of world crises.

The unrest in Hong Kong; the stand-off between India and Pakistan over Kashmir; the unremitting suffering of the Palestinians; tensions with Spain over Gibraltar; the ongoing diplomatic dispute with Argentina over the sovereignty of Las Malvinas (Falkland Islands) that spawned a 10-week war in 1982; the seemingly intractable hostility between Turkey and Greece over Cyprus; and on a wider level the unending factional, tribal and religious strife across the Middle East, the origin of which can be traced to the region’s carve up under the auspices of the Sykes-Picot Agreement (1916) between London and Paris. And let us not forget either the problems that have beset Zimbabwe and Sudan in Africa, former British colonies whose present strife is inextricably linked to their colonial past.

Whither a United Ireland?

Much closer to London is the Irish question: the one for which James Connolly sacrificed his life, as did countless others before and after him.

The most insurmountable aspect of the ongoing Brexit crisis revolves around the issue of the Irish border – more specifically the danger of a resumption of violence in the province if anything like a hard border is reintroduced between North and South. This could occur if Northern Ireland, as part of the U.K., leaves the EU while the South, an EU member stays in. [On Thursday the Tory government reached a tentative deal with the EU, which Parliament must now approve, to allow Northern Ireland to maintain its current relationship with Europe for four years, keeping the border open.]

The burning question is not whether the border between both entities will stay frictionless and open, as per the 1998 Good Friday Agreement (GFA), or whether a hard border will be reintroduced, as is certain if the hard Brexit which Prime Minister Boris Johnson and his Bannonite acolytes favor comes to pass [pending Parliament’s action on the new deal]. No, the burning question is why in 2019 there remains any kind of border on the island of Ireland at all, other than to continue to appease a unionist community that is determined to continue living in the past; one rooted in Protestant/unionist ascendancy over their Catholic/nationalist neighbours? 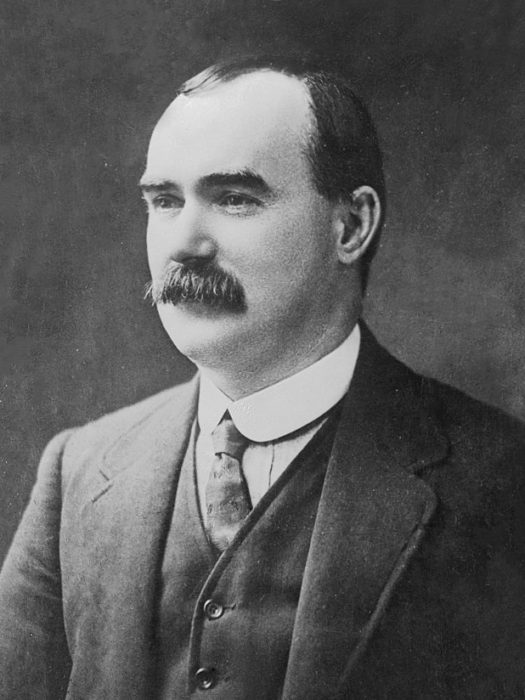 When in 1921 Michael Collins, who’d led the insurgent Irish War of Independence against the British from 1919, went to London and signed the treaty that gave birth to what became the Republic of Ireland and Northern Ireland, he effectively signed his own death warrant.

That death duly came the following year during the civil war that had broken out between the majority faction of the Irish Republican movement that supported Collins and the treaty with Britain, and the minority who were bitterly opposed and considered it a betrayal of the independent and free 32-country Irish republic they’d fought for, and for which many of their comrades had died, going back to 1916.

Ever since, partition has been a fierce bone of contention for those in Ireland who’ve aligned themselves with the anti-treaty sentiment of Irish republicanism that James Connolly articulated in his last statement prior to his execution:

It is why, as the clock ticks down towards Britain’s exit from the EU without a deal, among the few who will benefit will be dissident republicans in Ireland. These are people for whom the GFA was a betrayal of everything that Connolly and his comrades fought and died for, and who are itching to reassert the primacy of the gun over the ballot box.

New IRA says ’Good Friday agreement is dead’ and any Irish border is ‘legitimate target for attack’ https://t.co/rjcAMPalzK via @theirishpost

Despite being4,000 kilometers apart, Hong Kong and Kashmirbear the scars of British colonialism too.

The suggestion made by senior Conservative Party MP and former British Army officer Tom Tugendhat that the people of Hong Kong, who are engaging in violent clashes with the police,  should be granted full U.K. nationality as a form of protection from Beijing provided the world with an insight into the arrogance of the British colonial mind.

In making it, Tugendhat was standing on the ignoble shoulders of Lord George Macartney, who led Britain’s first trade delegation to China in 1792 on the orders of King George III.

Though Macartney’s first attempt to open up Beijing to the tender mercies of British “progress” met with failure in 1792, the British East India Company was enjoying more success, having just begun to export opium from India into China in significant quantity.

It was Beijing’s attempt to ban the opium trade in 1839 that sparked the first of the two Opium Wars that Britain would wage against China in the 19th century, dispatching the Royal Navy to bombard it into submission on both occasions.

As part of the 1842 Treaty of Nanjing at the end of the first Opium War, Beijing was forced to pay London a large indemnity, give up Hong Kong and continue to allow the importation of opium. It was an act of international brigandage dressed up in the pomp and ceremony of British exceptionalism, and marked the start of China’s “century of humiliation” during which the country was mercilessly exploited, mistreated and invaded by a clutch of imperialist powers; the U.K. being joined in this endeavour by the U.S., France and Japan. 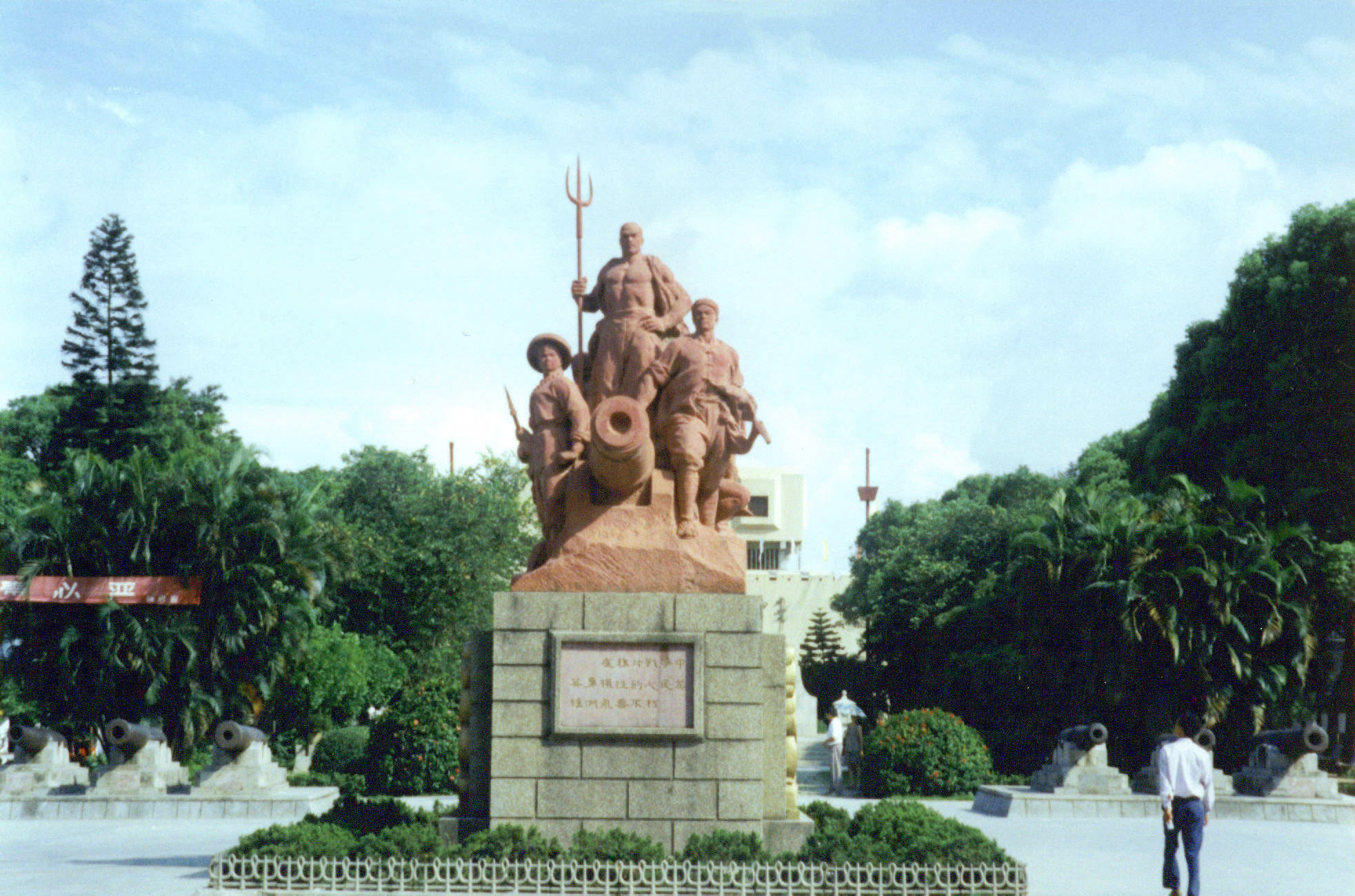 By the time of the Treaty of Nanjing, British exceptionalism was already entrenched across the Indian subcontinent. From 1846 to 1947 Kashmir was ruled as a princely state by the British Raj in India, reducing it to a British vassal.

At the point of Britain’s withdrawal from India in 1947, after first organising the country’s partition into the new Muslim majority state of Pakistan and Hindu-dominated India, Labour’s Clement Attlee was prime minister. In words that do much to discredit his legacy, he served up a speech in the House of Commons that included the following:

“Looking back today over the years, we may well be proud of the work which our fellow citizens have done in India. There have, of course, been mistakes, there have been failures, but we can assert that our rule in India will stand comparison with that of any other nation which has been charged with the ruling of a people so different from themselves.”

Here we can only surmise that Attlee was suffering from historical amnesia, responsible for him gliding over such British atrocities as the response to the Indian Mutiny of 1857, which involved captured rebels being tied to the ends of British army cannons and blown to smithereens.

And while, at the point of Attlee’s speech in 1947, this grim episode could be said to have been lost in the mists of time, the Amritsar Massacre of 1919, when British troops killed 400 people protesting British rule, could not.  And if Amritsar wasn’t enough to stir any residual guilt in the breast of Attlee on behalf of the British state, what about the Bengal Famine of 1943, just four years earlier, in which 3 million died due to the actions, or rather inaction, of Attlee’s predecessor Winston Churchill?

The partition of India by the British in 1947 resulted in appalling communal slaughter, entrenching the decades of enmity that have existed between India and Pakistan since, with Kashmir being claimed by both nations. “In 1948 the then-ruler of the princely state of Jammu and Kashmir, Maharaja Hari Singh, who was holding out for independence, acceded to India on condition that the state retain autonomy in all matters except defense, currency and foreign affairs,” reports Human Rights Watch. But in August of this year India unilaterally revoked that autonomy, sent the army in, cut off communications and set a curfew, creating the current crisis built on the legacy of British partition.

At least David Cameron, when he was prime minister, had the decency to apologize for Britain’s egregious legacy in India and its role in the intractable dispute over Kashmir. This he did while on official visit to Pakistan and was asked what should be done about the Indian administered region: “I don’t want to try to insert Britain in some leading role where, as with so many of the world’s problems, we are responsible for the issue in the first place,” he said.

It’s just a pity Cameron didn’t hold that thought when it came to his push for Western military intervention in Libya the same year. But that’s another story.

Overall, then, many of the multiple crises that plague our world, the three explored above and the others that have been midwifed into existence by Britain, make a compelling case not for London’s interference in global affairs but rather reparations for its history and legacy of colonial and imperial crimes.

But, then, as the African proverb has it: “Until lions have their own historians, the history of the hunt will always glorify the hunter.”

← Everybody Betraying Everybody in Syria
On Psychopathy & Power →