This reckoning with Beijing’s authority was baked into the cake 22 years ago when the Union Jack came down over Government House.

Police and protesters at a Hong Kong airport earlier this week. (YouTube)

It is impossible not to admire the bravery and commitment pro-democracy demonstrators display daily as they clog Hong Kong streets, shut down its airport, and disrupt the territory’s beating heart in Central, the commercial and financial district. But neither can one deny the tragic fate that appears near as Beijing stiffens its resolve and signals the threat of military intervention.

The futility of all action, the necessity of any: Maybe those protestors building barricades and hurling Molotov cocktails at tear-gassing riot police are reading Camus in their off- hours.

There is no question of Chinese President Xi Jinping compromising Beijing’s authority to mollify those now in their third month of protests across Hong Kong. He is too firm a believer in the primacy of the Chinese Communist Party to entertain any such risk. But there is too much at stake for the Chinese president to order mainland troops or police units into the territory short of a decisive challenge to the local administration’s ability to govern. This accounts for Beijing’s restraint over the past 10 weeks.

The best outcome in prospect now — and the chances of this appear slim at the moment — is that Xi will authorize influential political allies in Hong Kong to frame a set of reforms sufficient to isolate demonstrators by eliminating the broad public support they have to date enjoyed. In any other resolution of this crisis, the democracy advocates in the streets stand to lose everything. Even as they number in the hundreds of thousands, they are simply no match against a government intent on centralized control over a nation of 1.4 billion.

The escalating protests across Hong Kong were a long time coming. So was Beijing’s refusal thus far to give way to any of the demonstrators’ substantive demands, apart from suspending an extradition bill. The protesters are right: They were promised autonomy, civil liberties and democratic government by way of the “one country, two systems” principle China committed to once it reassumed sovereignty from Britain in 1997. Beijing is right, too: Sovereignty is to be defended as a precept beyond negotiation. Once the Union Jack came down over Government House, no foreign power could credibly purport to tell China how to govern its own real estate. The foreign ministry in Beijing made this clear in a bluntly worded statement two years ago.

From China’s point of view, the markedly pro-American character of at least some of the protestors is concerning as Beijing considers the U.S. a destabilizing force in its sphere of influence. 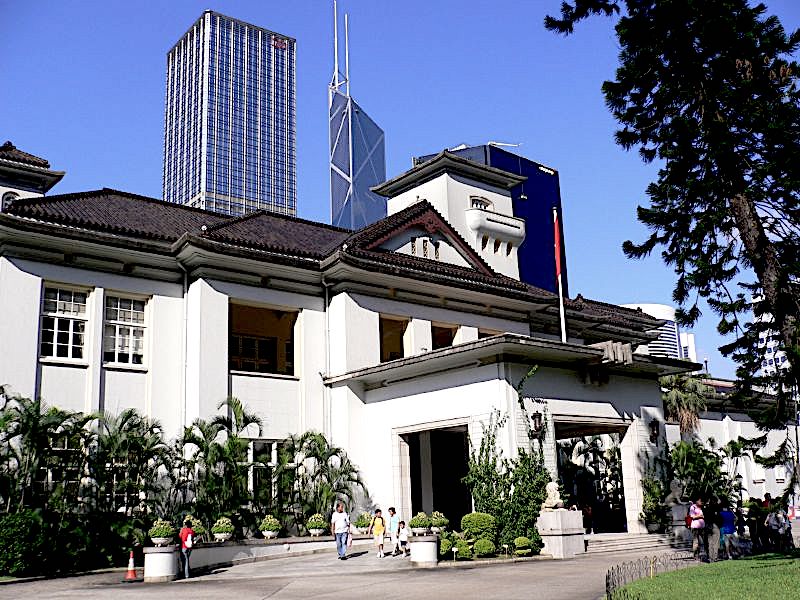 In truth, the Sino–British Joint Declaration signed in 1984, setting the terms for the transition of power 13 years later, was never more than a face-saving instrument to spare London the embarrassment of handing over Hong Kong to an authoritarian government ruling on Leninist principles. In the breach, the Basic Law, the mini-constitution that document established, now proves fatally short on detail. It sustains the democratic aspirations of Hong Kong’s 7 million people while opening the door to Beijing’s self-serving interpretations and its creeping interventions into Hong Kong’s courts, legislature and other governing institutions.

What began in late April as a narrow demand that the Hong Kong government withdraw legislation allowing the extradition of criminal suspects across the border to China has mushroomed into a mass movement challenging Beijing to accept authentically democratic political processes in what is formally known as the Hong Kong Special Administrative Region. This is the showdown baked into the cake 22 years ago.

China’s error in pushing its extradition law without testing the local waters reflects another misjudgment, this one further back in history. In the decades after the 1949 revolution, the flood of mainlanders who took refuge in Hong Kong developed a separate identity of their own: They became “Hong Kongers” or “Hong Kong people,” precisely as they are now. The British missed this during the final decades of colonial rule simply because it made no difference to them. Beijing, which considers blood and descent the determinants of one’s status, still fails to understand that “Hong Kong Chinese” has come to mean something different from “Chinese.”

It would be difficult to overstate what is consequently at stake for Hong Kong as demonstrators continue to fill its public space. “We are at a crossroads,” Martin Lee, a long-honored democracy advocate, told The New York Times last Monday. “The future of Hong Kong — the future of democracy — depends on what’s going to happen in the next few months.” 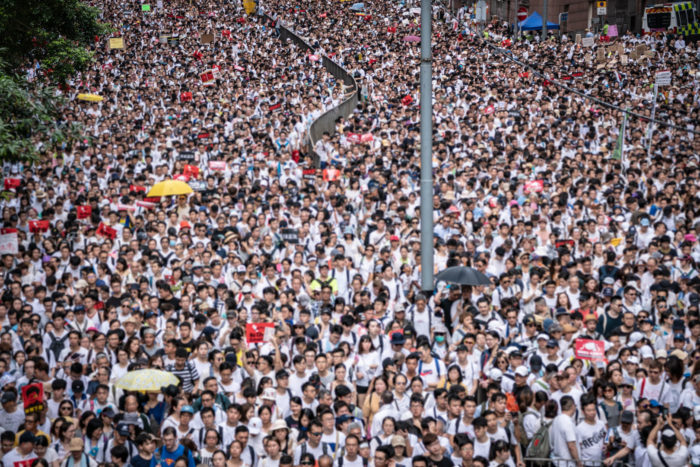 Carrie Lam, Hong Kong’s beleaguered and widely disliked chief executive, agreed with Lee in the grimmest possible terms. “Violence, no matter if it’s using violence or condoning it, will push Hong Kong down a path of no return,” she said after the demonstrators shut down the airport for two days earlier this week. Hong Kong stands poised, she added, at the brink of “a very worrying and dangerous situation.”

Not to be missed, this crisis is worrisome and dangerous for Xi, too. Given it is the most serious challenge he has faced from political opponents since he took office seven years ago, his reputation as an adroit statesman, well-earned in cases such as North Korea, is on the line. A clumsy move now would obliterate Xi’s dedicated effort to advance China as a responsible regional power and a global power in the making. This is the first direct test of Xi’s alternative — efficient, authoritarian, a depoliticized populace — to Western democracy. He does not want it to end as an echo of Hungary in 1956.

Hong Kong is less important to China than it once was, given Shanghai’s growth as the mainland’s preferred financial center. But a goodly number of Chinese companies still raise goodly amounts of money in Hong Kong capital markets; roughly 1,500 multinational corporations have regional headquarters in the territory.

Hong Kong is the mainland’s hood ornament, in short. If a single soldier with a People’s Liberation Army uniform were to appear on a Hong Kong street, the territory’s status as a global financial center with reliable legal and administrative systems would shatter instantly. 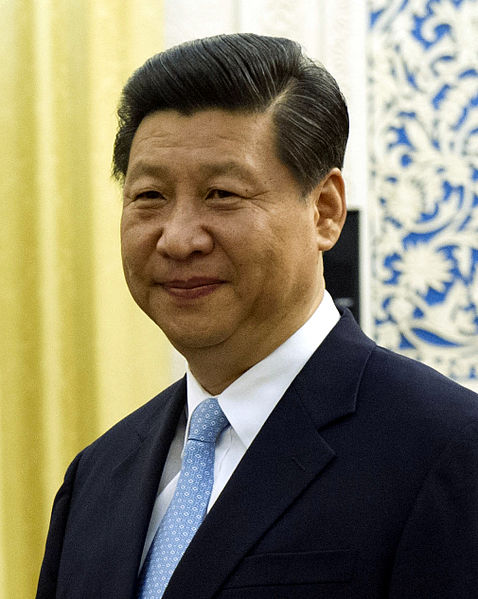 These considerations, hardly lost on Xi and his advisers, leave forceful intervention by the PLA or mainland police units the remotest possibility— Xi’s nuclear option. The PLA’s garrison in Hong Kong recently released a video of troops training to quell demonstrations with machine guns; its contingent in Shenzhen, the industrial city opposite Hong Kong on the mainland, made similar footage public last week. But these can be counted as gestures, signals, warnings without words. Restraint remains the order of the day until Xi comes up with a coherent strategy in Hong Kong. He does not yet have one.

What has so far amounted to Beijing’s daily improvisations effectively dead-ended when demonstrators shut down the airport last week: That was the first step along Lam’s “path of no return.” What is next remains unclear, but “next” is likely to arrive within a few weeks at the outside. For the moment, Xi’s best option is to work through Beijing’s allies in government and the private sector to swing public opinion away from the demonstrators in favor of some form of de-escalation.

Michael Tien, a Hong Kong legislator who supports Beijing, recently urged it to accommodate some of the demonstrators’ demands for a more authentically representative political process. While it is a sliver, there is a middle ground here. Tien has a precedent to cite: China offered a series of political reforms in response to the Umbrella Movement five years ago. They were rejected for not going far enough; the probability of a similar response this time has to be counted high.

The long view of Hong Kong is not in the demonstrators’ favor. The Sino–British accord put the one-country, two systems principle in place for 50 years; come 2047, Hong Kong is to be a Chinese city like any other. The halfway mark in this interim approaches. This suggests the current crisis is best understood as a step along a bumpy path — a path with neither an exit nor a return.