A Decisive Defeat in Long-Running
Battle with Foreign Policy Minders

Secretary of State Mike Pompeo’s announcement last week that no importer of Iranian oil will henceforth be exempt from U.S. sanctions is as risky as it is misguided. The withdrawal of waivers as of this Thursday effectively gives eight importers dependent on Iranian crude — India, Japan, South Korea, China, Turkey, Taiwan, Italy, and Greece — 10 days’ notice to adjust their petroleum purchases. This is now a full-court press: The intent is to cut off Iran’s access to any oil market anywhere as part of the administration’s “maximum pressure” campaign against Tehran. “We are going to zero,” Pompeo said as he disclosed the new policy.

Nobody is going to zero. The administration’s move will further damage the Iranian economy, certainly, but few outside the administration think it is possible to isolate Iran as comprehensively as Pompeo seems to expect. Turkey immediately rejected “unilateral sanctions and impositions on how to conduct relations with neighbors,” as Foreign Minister Mevlüt Çavusoglu put it in a Twitter message. China could do the same, if less bluntly. Other oil importers are likely to consider barter deals, local-currency transactions, and similar “workarounds.” In the immediate neighborhood, Iraq is so far ignoring U.S. demands that it cease purchasing natural gas and electricity from Iran. 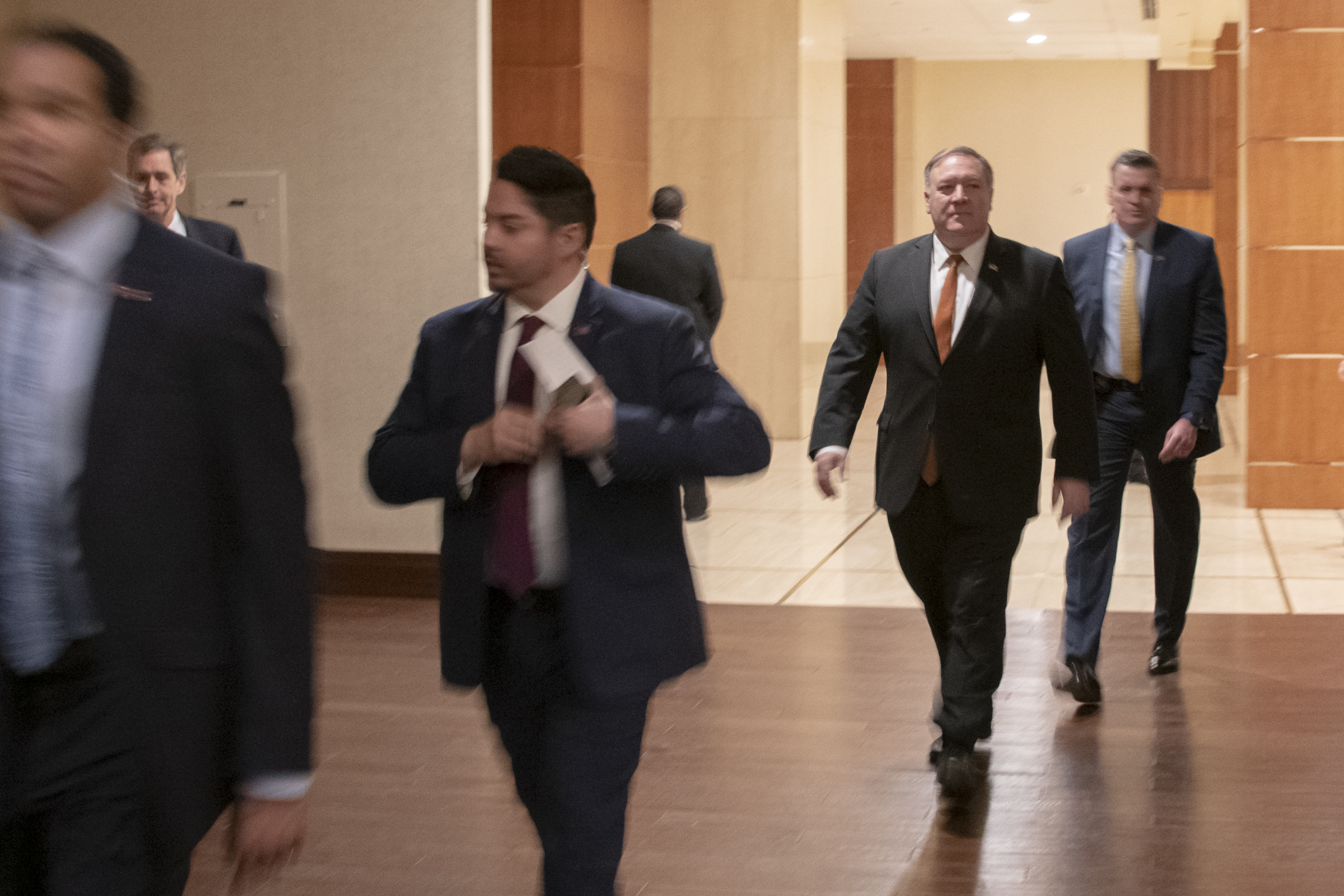 There are a couple of insights to be gleaned from this unusually aggressive case of policy overreach.

First, the new turn in the administration’s Iran policy appears to mark a decisive defeat for President Donald Trump in his long-running battle with his foreign policy minders. It is now very unlikely Trump will achieve any of his policy objectives, a number of which represent useful alternatives to the stunningly shambolic strategies advanced by Pompeo, National Security Advisor John Bolton, and other zealots in the administration.

Weakened by relentless “Russia-gate” investigations, for instance, the president has little chance now of improving ties with Moscow or negotiating with adversaries such as Iran and North Korea, as he has long advocated.

In a Face the Nation interview Sunday, Iranian Foreign Minister Mohammad Javad Zarif said Tehran would be open to bilateral talks under the right conditions. It was the second time in a week that Zarif made this point. But those around Trump, not least Bolton and Pompeo, are sure to block any such prospect—or sabotage talks if they do take place, as they did Trump’s second summit with Kim Jong-un, North Korea’s leader, in late February.

Second, this administration’s foreign policy has steadily assumed an irrational character that may be unprecedented in U.S. history. This is perilous. The administration’s near-paranoiac hostility toward Pyongyang and Moscow are cases in point. So is its evident indifference to alienating longstanding allies across the Atlantic and in Asia. As of this week, however, Pompeo’s  “down to zero” policy makes Iran the most immediate danger.

Iranian officials, including Zarif, now threaten to close the Strait of Hormuz, chokepoint of the Persian Gulf, if Iranian tankers are prevented from passing through it. This is an indirect warning that the Iranian military could confront the U.S. Fifth Fleet, which operates in the Gulf and adjacent waters.

A sharp spike in oil prices is another danger with which the administration now lands itself. Taken together, U.S. sanctions against Venezuela and Iran are intended to take roughly 2 million barrels of oil a day out of the market.

Saudi Arabia has pledged to make up the lost supply, but many analysts question its ability to sustain an increase in output given the advancing depletion of its long-productive Ghawar field. Spare capacity among producers is already wafer-thin. Do we need to risk another oil crisis, given the flagging global economy? 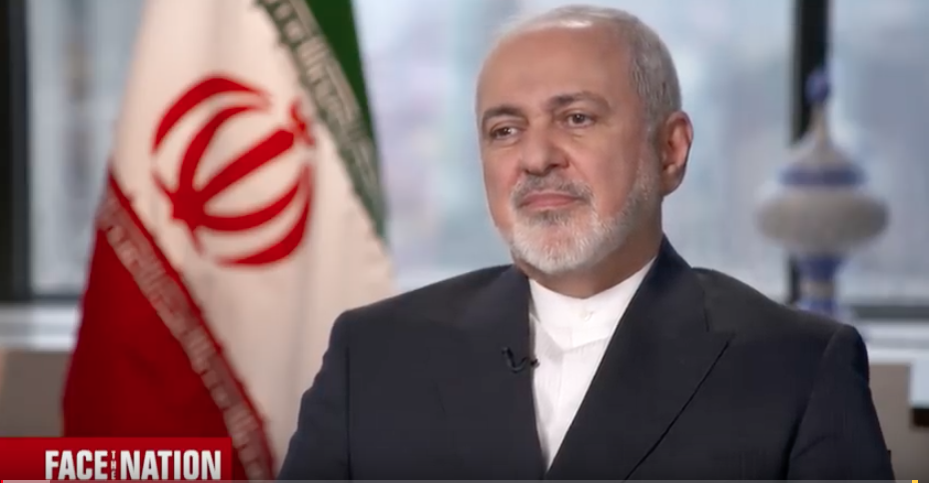 There are other cases demonstrating the Trump administration’s apparently thorough indifference to collateral damage and the animosity of allies. Since the U.S. abandoned the Paris climate pact and the 2015 accord governing Iran’s nuclear program, the Europeans have hardly contained their anger; they are openly furious now about the tightened sanctions against Iran. The South Koreans, frustrated with Washington’sintransigent stance toward Pyongyang, now search for ways to engage the North despite many layers of UN and U.S–imposed sanctions.

The question is why this administration’s foreign policies are so amateurish and discombobulated. Corollary question: Why is the president surrounded by policy advisers so thoroughly at odds with those of his objectives that are worthwhile?

Trump arrived in Washington an outsider: This is where answers to these questions begin. This limited the New York dealmaker to a shallow pool from which to build his administration. His never-ending Russia-gate problem further handicaps him. This administration is among the most opaque in recent history, so certainties as to its internal workings are hard to come by. But Trump may not have chosen his foreign policy team so much as its members have been imposed upon him.

However his advisers arrived in the administration, they are a toxic combination of neoconservatives, many drawn from the Heritage Foundation, and evangelical Christians. Bolton is emblematic of the former, Pompeo of the latter. This is the current complexion of American foreign policy.

Both camps are populated with zealots and crusaders; both cultivate irrational world views rooted in extremist ideology and sentiment. Bolton’s obsession is the restoration of unchallenged U.S. supremacy. Pompeo is said to view adversaries such as North Korea and Iran as George W. Bush did: The U.S. is in an “end times” war with Gog and Magog, biblical manifestations of the evil abroad in the world.

To be clear, there is more wrong than right in the president’s foreign policy thinking. He was self-evidently behind the decision to move the U.S. embassy in Israel to Jerusalem and the announcement in March that Washington recognizes Israeli jurisdiction over the Golan Heights.

“This is very important strategically for victory, heights, because you’re up high, very important,” Trump said over the weekend. “Fifty-two years ago this started [when Israel captured Golan from Syria in the 1967 war] and I did it quickly. Done. It’s all done.”

It is unlikely anything is all done in connection with the embassy move and the Golan Heights decision. Both run diametrically counter to international law and both have significantly damaged U.S. credibility in the Middle East. Trump, in short, makes his own miscalculations, and they are as grave as any made by the Pompeo–Bolton axis. There are few wise heads in this administration.

At the same time, Trump’s desire to negotiate with adversaries — Russia, Iran, North Korea — is entirely defensible. But the “down to zero” Iran policy to take effect this week can be read as a signal of the president’s failure to counter the foreign policy Manicheans who surround him.

There may be skirmishes to come, but the battle is over. We must now watch as extremist ideologues accelerate America’s already evident decline as a global power — along with its increasing isolation.

Please give to our Spring Fund Drive, by clicking Donate.

64 comments for “PATRICK LAWRENCE: The US Moves on Iran’s Oil Market as an Expression of an Irrational Foreign Policy”