For several reasons, Israel has joined various Arab powers to back a strongman in Libya, explains Giorgio Cafiero.

Since mid-2014, Libya has been mired in civil war, pitting the UN-recognized Government of National Accord (GNA) in Tripoli against a rival administration in Tobruk, the House of Representatives (HoR), which is allied with General Khalifa Haftar’s Libyan National Army (LNA). Despite lacking UN legitimacy, Haftar and his forces have received backing from a host of powerful states whose leaders view the Benghazi-based commander as Libya’s only alternative to the Muslim Brotherhood and other Islamist actors in the war-torn North African country. Among these nations is Israel.

Tel Aviv, along with Cairo, Paris, Riyadh and Abu Dhabi support Haftar, whose opponents suspect him of wanting to become a “new Gaddafi” who seeks to establish an Egyptian-style military dictatorship in Libya.

Israeli backing of the Benghazi-based commander illustrates the regional geopolitical dynamics which have led Sunni Arab states—specifically Egypt, Saudi Arabia, and the UAE—to find themselves in the same boat with Israel, sharing the same perceptions of security threats.

Coordination between Haftar and the Israelis, which has been conducted through the UAE, began in 2015, if not sooner. Initially, Israel’s interests in post-Qaddafi Libya were from the perspective of its interests in the Sinai Peninsular. Links between various jihadist forces in Libya and the Sinai have been well-documented. 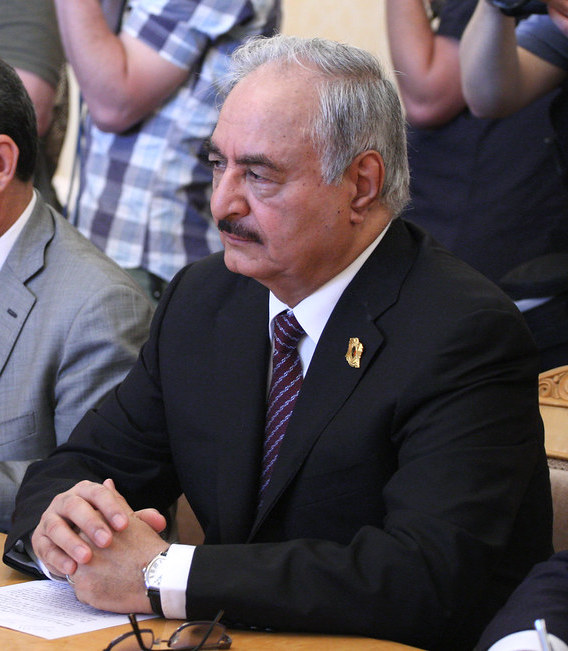 In 2015 and 2016, Haftar met Mossad agents in Jordan in “strict secrecy”. One military source told The New Arab that Israel began providing the LNA with sniper rifles and night vision equipment at that time. This source suggested that the Israeli military began carrying out air raids in Libya in coordination with the LNA after Haftar launched Operation Dignity in 2014. By mid-2017, Algerian media outlets reported that officials in Algiers warned Haftar against receiving Israeli military support.

Last year, al-Araby al-Jadeed explained that Haftar held another meeting in Amman “to deepen security coordination between him and Israel” and that Haftar sought a stronger Israeli presence in southern Libya to thwart Italy from asserting significant influence throughout the Fezzan, the southwest region of Libya. Middle East Monitor quoted an unnamed source claiming that Haftar promised Israel “safe centers” in Libya’s desert, and that the commander’s connection with Israel is Oren Hazan, a member of Israel’s Likud party who has Libyan roots.

MEMO‘s source also said that while the Egyptian government backs Haftar’s tacit and covert partnership with Israel, authorities in Cairo have not wanted Haftar’s communication with Tel Aviv to be become direct.

In May, Al Jazeera Arabic published an investigation which uncovered Israeli support for Haftar’s offensive on Tripoli, which the LNA launched on April 4. A joint Emirati-Kazakh firm, Reem Travel, had an aircraft registered to its name which was flying between Egypt, Israel, and Jordan prior to arriving in LNA-controlled territory in Libya shortly before Haftar’s westward assault began, according to al Jazeera.

Why Did Israel Take Sides in Libya?

Israel’s intervention in the Libyan civil war on the side of Haftar is understandable from its point of view, given a host of factors. First, when it comes to coordinating with actors in the Middle East and North Africa, Israel’s clear preference is for strongmen regardless of ideology. Like Hosni Mubarak and Abdel Fattah el-Sisi in Egypt, or King Abdullah II in Jordan, Haftar is perhaps the type of Arab leader whom the Israelis can engage with on intelligence sharing.

Second, Israeli support for Haftar brings Israel into greater de facto alignment with the Sunni Arab states that have been backing the eastern commander for years, namely Egypt and the UAE, and more recently Saudi Arabia too. Thus, by supporting Haftar, Tel Aviv can further cement its role in this emerging bloc of regional Sunni states, which share Israel’s perception of a threat from both Iran and Iranian-backed militias, as well as certain Sunni Islamist groups, including the Muslim Brotherhood. As one Israeli Defense Forces source told Middle East Eye, “A friend of our friend – and an enemy of our enemy – is our friend, and Haftar is a friend of Egypt, Jordan, and UAE. He also fights ISIS.” 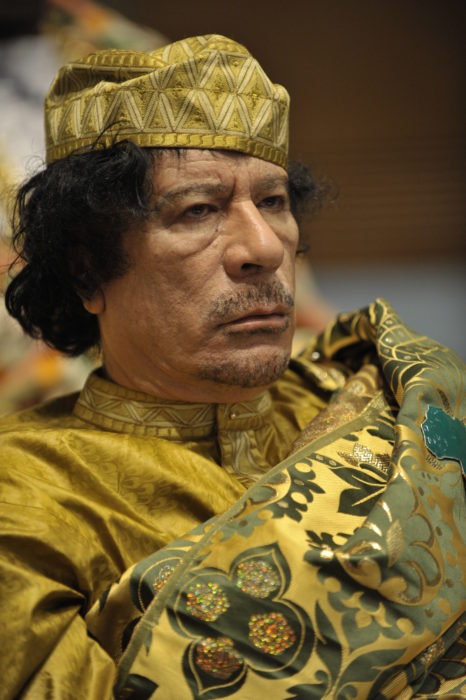 Third, the opportunities to secure money through lucrative weapons sales also help explain Israel’s interest in backing Haftar. As a leading arms dealer, Israel has made billions by selling arms and leasing Israeli military advisers to different conflict-plagued countries in Africa, such as South Sudan. Israel is expanding its clout in Africa, where it is seeking to deepen its role and strengthen its relations with a host of countries. Israel’s Africa foreign policy reached a watershed in January when Prime Minister Benjamin Netanyahu travelled to Chad to meet President Idriss Deby and renew bilateral relations. Tel Aviv’s closer relationship with Haftar can further advance Israel’s grander geopolitical interests in the region.

Fourth, Libya’s natural resources are a factor too. Constantly looking for oil-rich allies to sell it oil, Israel may expect to secure access to Libya’s petroleum after backing Haftar in the country’s ongoing civil war. As the eastern commander’s forces have demonstrated, their capacity to take control of virtually all onshore oil fields in Libya means Israel likely sees a tacit alliance with Haftar as a prudent move in regard to its energy needs.

France’s support for Haftar, which has been based on Paris’ view of the LNA as a bulwark against Islamist extremism, has created a major division within Europe with respect to Libya. This division has had a remarkably negative impact on French-Italian relations. Unquestionably, Paris and Rome’s different ideas about Libya have been another factor contributing to the North African country’s crisis, while France and Italy compete for influence in this part of the Maghreb. (The U.S. officially supports the GNA, yet Trump has praised Haftar, so the U.S. position is unclear on Libya).

Turkey and its own interests are in play too. Tension is heating up between the LNA and its external supporters on the one side, and the GNA-allied militias with Turkey on the other. To counter the LNA’s advance on Tripoli, the Turks have provided GNA-aligned factions with armored vehicles and drones, including one shot down by Haftar’s forces late last month. By siding with Haftar, Israel has firmly positioned itself with Abu Dhabi, Cairo, and other capitals, which view Haftar as the strongest leader in Libya capable of taking on “terrorists,” while returning stability to the country.

With the further regionalization of the Gulf Cooperation Council (GCC) crisis, which has been a driver of greater instability in Libya and other countries in Africa, Israel’s position is unambiguous in the Abu Dhabi-Doha clash. By supporting the Emirati and Egyptian positions on Libya—firmly placing Israel at odds with both Ankara and Doha—Tel Aviv is making clear it prefers Arab figures representing the model of Western-backed authoritarian stability and secular dictatorships, rather than those who advance the Muslim Brotherhood’s vision for the region.

For the Libyan people, a dismal future is most likely. The proxy war has been fueled by many external actors, which have come into the country seeking to fill the power vacuum that emerged after Moammar Qaddafi’s fall in 2011. With GNA-allied fighters recently pushing back against the LNA offensive, it is unclear how the civil war will evolve as Haftar’s forces continue to shell Tripoli.

The growing danger for Libya, torn apart by various militias fighting with the support of Israel and the other external actors, is long-term fragmentation.

← Concord Management and the End of Russiagate?
JOHN KIRIAKOU: If Dan Coats Leaves, No Tears Goodbye →