The Trump administration’s incessant sanctions wars are curbing the dollar’s global hegemony and speeding the demise of U.S. empire.

The signs are mounting steadily now. As the Trump administration weaponizes the dollar in defense of American hegemony, it is prompting many other nations to find alternatives to the U.S. currency as the default medium of exchange. The long-term implications of this swiftly advancing trend, evident among allies as well as those Washington considers adversaries, cannot be overstated: At stake is the longevity of America’s global preeminence.

The just-concluded Group of 20 session in Osaka, Japan, was a dramatic demonstration of how quickly “de-dollarization” efforts are coalescing. And the pattern could not be clearer: The Trump administration’s incessant use of unilateral economic and financial sanctions against perceived enemies, which is almost certainly without precedent, is high among the reasons these efforts now gather momentum at a pace few in the financial markets or in official circles anticipated. 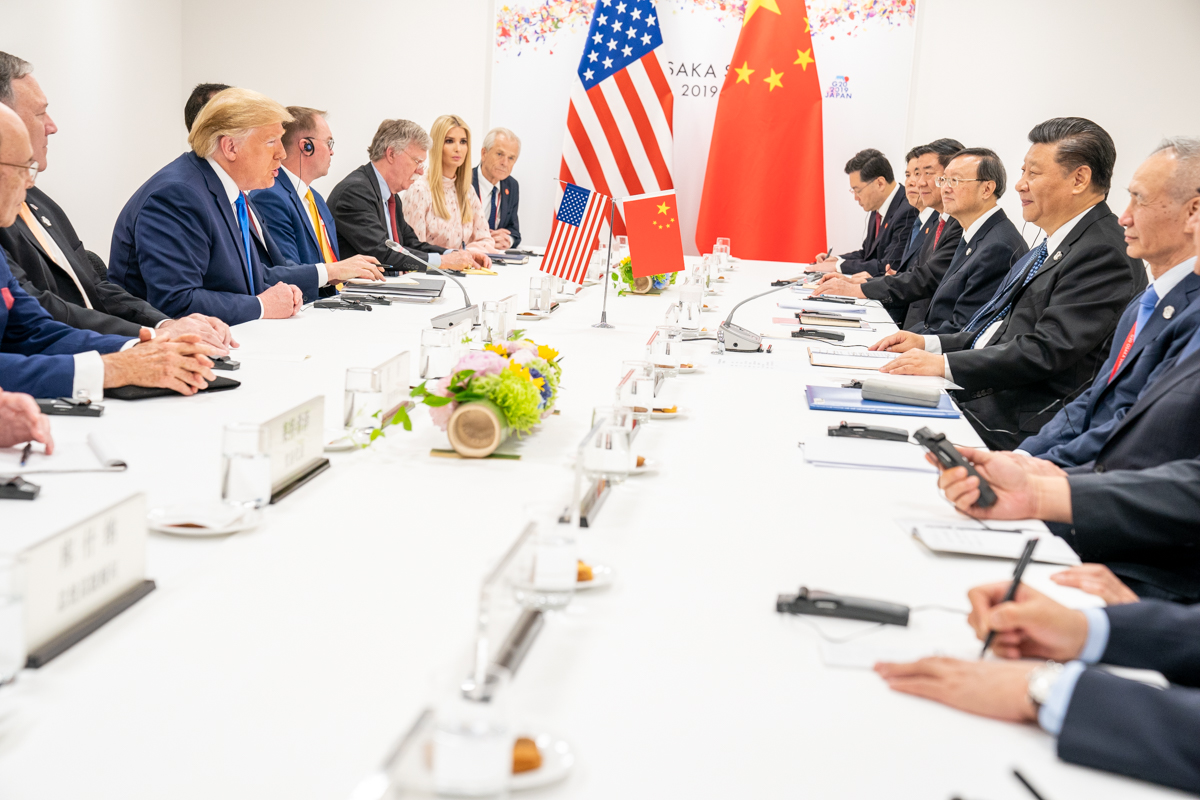 The impulse to dedollarize international trade and financial transactions has been evident for some time. Russia has actively encouraged its trading partners to avoid the dollar in favor of local currencies since Washington imposed sanctions against Russia following the U.S.–cultivated coup in Ukraine five years ago. Russia is now recruiting other nations to participate in its alternative to the U.S.–controlled SWIFT bank-messaging system. China has set up a parallel mechanism, the Cross­–Border Interbank Payments System.

China launched an oil-futures market denominated in yuan little more than a year ago. Its annual turnover is already the equivalent of $2.5 trillion. The Shanghai Futures Exchange, where oil futures are traded, recently announced plans to offer forward contracts in rubber, nonferrous metals, and other commodities — all to be transacted in yuan.

The G–20 gathering marked an important step for these de-dollarization efforts. France, Germany, and Britain announced on the opening day that a trading system developed over the past year to circumvent U.S. sanctions against Iran — and any entity transacting with it — is now operational. The Instrument in Support of Trade Exchanges, or Instex, replaces the Special Purpose Vehicle Europeans devised a year ago. All three sponsors, along with Russia, China, and the U.S., are signatories of the 2015 accord governing Iran’s nuclear programs, which the U.S. repudiated last year.

Instex is intended to salvage the multi-sided agreement without U.S. participation.  And Iranian media reported that the Islamic Republic put in place a corresponding system, the Special Trade and Finance Instrument, last spring. It is not clear how effective Instex will prove in practice or whether it will be enough to persuade Tehran to remain within the bounds of the nuclear accord. The initial signs are mixed: Iran said Sunday that it will begin enriching uranium beyond the pact’s limits; in making the announcement, a foreign ministry official also indicated that Tehran wants to save the agreement. 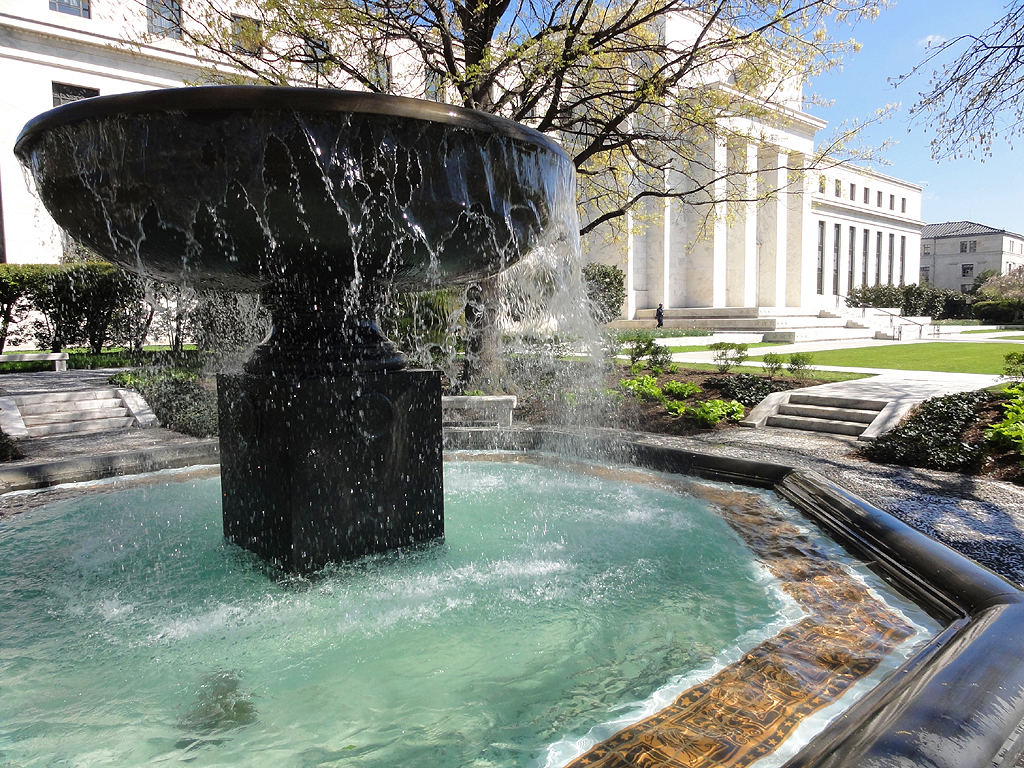 However well Instex performs, its geopolitical significance is evident. It effectively institutionalizes a rift in the trans–Atlantic alliance that has widened steadily since the Obama administration force-marched the Europeans into the sanctions against Russia after the Ukraine crisis broke open. Instex is also the most important attempt to date to challenge the dollar’s hegemony as the world’s trading and reserve currency.

The Osaka G–20 meeting had other surprises. In a major speech before the opening session began, Vladimir Putin urged other members of the BRICS nations —Brazil, Russia, India, China, and South Africa — to increase the proportion of its trade conducted in currencies other than the dollar. Given the Russian president spoke at a leading international forum, this was his most pointed challenge to dollar hegemony to date.

And it starts to look like a concerted effort. Izvestia, the Russian daily, reported simultaneously that the Russian Finance Ministry and the People’s Bank of China, China’s central bank, had just signed an agreement to increase ruble-denominated and yuan-denominated trade to as much as half of bilateral transactions. No timetable for this shift was reported.

BRICS nations together account for not quite a quarter of global economic output. Last spring they tested a payment system intended to allow users to meet financial obligations in local currencies — an undertaking Putin plainly had in mind when he spoke in Osaka.

Profligate Use of Sanctions

The Trump administration’s profligate use of sanctions — they are currently in place against roughly 20 nations, most prominently Iran, Russia, Syria, Venezuela, Cuba and North Korea — did not inspire the current de-dollarization phenomenon. Trump’s Washington merely forced it forward. It also weakens trust in the dollar every time it freezes the assets of designated adversaries such as Venezuela, or companies and individuals residing in “enemy” nations such as Russia and Iran. 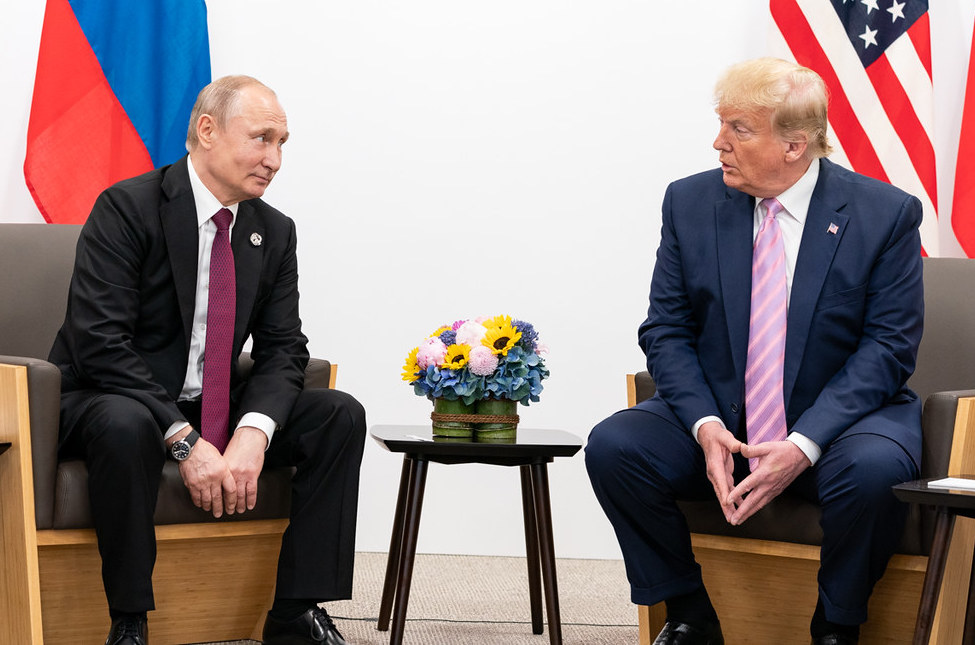 It is remarkable that this administration so far fails to recognize that it is doing at least as much damage to the dollar’s credibility as any nation planning to circumvent its use. Washington never learns, it seems. Even before the Europeans unveiled Instex in Osaka, the Treasury Department had already threatened to sanction the system’s sponsors and anyone who uses it.

The speed with which other nations now seek alternatives to the dollar is also a remarkable feature of the de-dollarization phenomenon. Competition among reserve currencies has long been a recurring topic in financial markets. But until now the end of dollar hegemony has commonly been considered a far-off development unlikely to occur in the lifetime of anyone now living. This is no longer likely to be so.

It is important, however, not to read too much into Instex and other recent developments. The dollar is not balanced on any precipice of imminent decline. It still accounts for roughly two-thirds of global foreign exchange reserves, according to the International Monetary Fund. A far higher proportion of international transactions are still conducted in the U.S. currency. It remains likely that a serious challenge to dollar hegemony is still a matter of a decade or more in the future.

But this challenge is now coming. This is how the news from Osaka, Instex, the recent Sino­–Russian agreement, and the efforts of the BRICS are best understood; as the first steps in the mounting of this challenge. Washington’s defense against it will be fierce, harming the lives of many.

The dollar is the cornerstone of American power. The use of this power, at its most brazen and crude — the sword out of the sheath — is evident now in the sanctions wars. The U.S. can bring any nation it wants to its knees. It can freeze the assets of any entity that is invested in the U.S., has deposits in the U.S., or buys U.S. Treasury paper. Being the world’s sine qua non reserve currency puts the U.S. at the center of global commerce and induces dependence in reverse; everyone needs access to the dollar.

The currency’s decline, when it begins in earnest, will be a good measure of the American empire’s passing into the past.