Where male-dominated soccer, politics and the economy thrive in the cult of individualism, the women work in solidarity with each other, like workers of days gone by, says Attilio Moro. 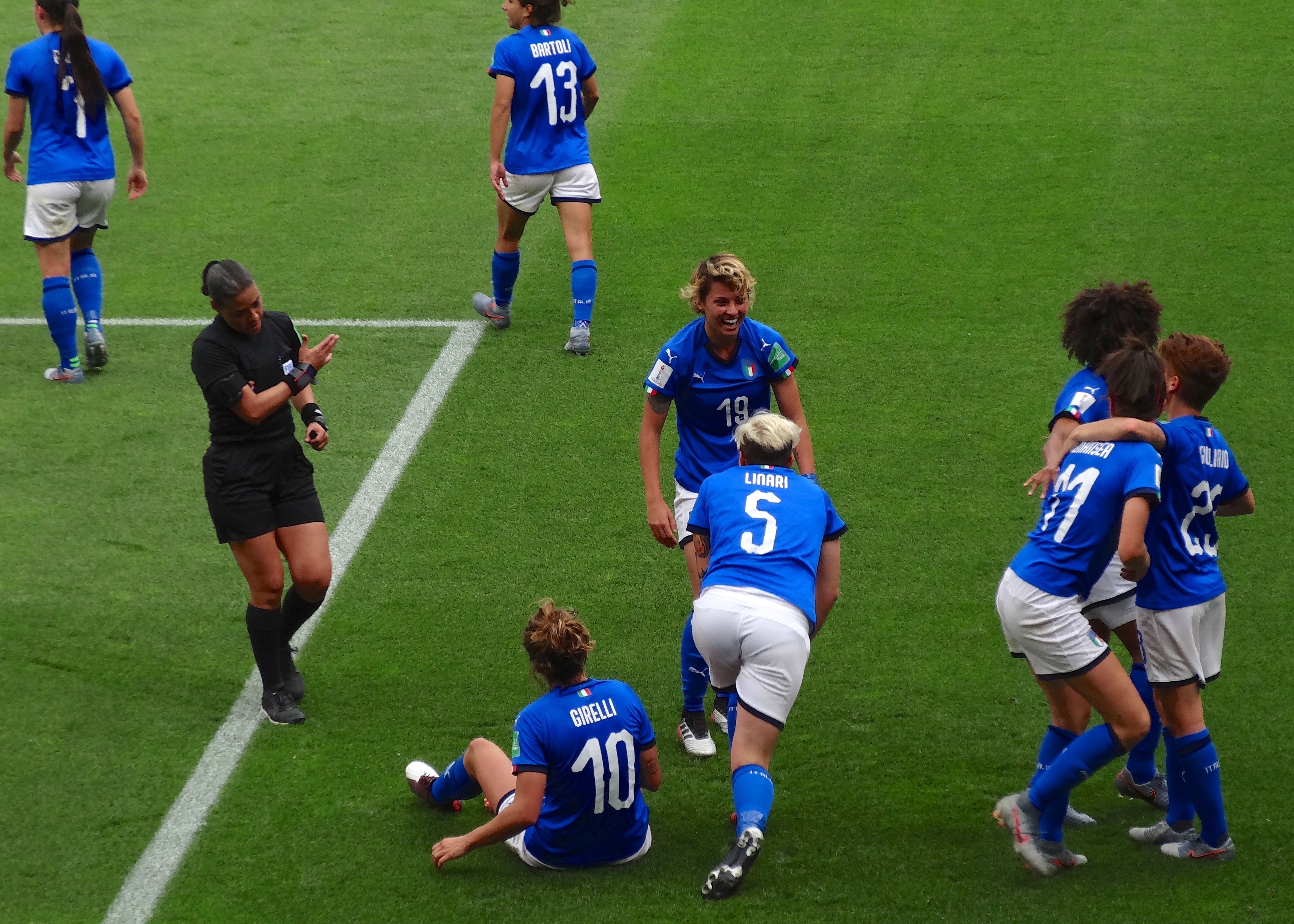 The cooperation of Italy’s women footballers is a lesson for the nation. (Wikimedia Commons)

Having lost models of alternative values and ways of life to the religion of neoliberalism, these days Italians – and mainly the Italian Left – were content watching the matches of Italy’s national team in the women’s soccer world cup. The team won almost every match, while the national government is losing almost all of theirs: zero growth, rampant crime, dirty cities, huge public debt, high unemployment, brain drain, widespread corruption, even in the judiciary, as recently turned out.

While the female footballers were united in their performance, the central government is divided and ineffective. The former displayed loyalty to each other, while every day the leaders of the two parties allied in the government stab each other in the back.

Feeling ostracized by his European partners, Matteo Salvini – the de facto prime minister of Italy – has turned to Washington, to seek Donald Trump’s protection (odd for a “sovereignist”), just as the ‘Brexiters’ are doing. Meanwhile the Italian soccer club met their adversaries with dignity.

Their male colleagues, the team of the “Azzurri”, are among the best paid soccer players of the world, as Italian politicians are. But both perform badly (the Italian male soccer team has not won anything in years and the most popular and long-lived post-war politician has been media magnate Silvio Berlusconi.)

The women perform for their nation for very little money (their salary does not exceed 50,000 Euros per year, every thing included). Where male-dominated soccer, politics and the economy thrive in the cult of individualism, the women work in solidarity with each other, like workers of days gone by. The women don’t usually pretend to be seriously hurt– as their male colleagues do – every time they fall. They don’t play the victims. They know what they want: to win. But not at all costs. Every time they did, until they were eliminated in the quarterfinals by the Netherlands on Saturday, they burst out in joy and hardly believed it.

This is sport as it ought to be. As it may have been before it became Big Business: human beings aware of doing something extraordinary and being proud of it. The other female national teams taking part in the Cup behave the same: with ability, technique and grace. With no hubris and blind aggression from too much money, the women’s team enchanted Italy and the world.

Maybe it won’t last: sooner or later money could also flood women’s soccer and change its philosophy and values. It would be sad. Italians would lose one of the few popular models that give them hope. But for now, in this critical period of its recent history, the women of the soccer squad are a precious asset and a model for the country.