Daniel Lazare looks into the Times’ overreaction to charges of anti-Semitism.

The New York Times was so sorry last month for publishing an allegedly anti-Semitic cartoon showing Benjamin Netanyahu as a guide dog leading a blind Donald Trump, that it’s decided never to run any satirical cartoon on any topic again.

Based on five minutes of googling, the consensus seems to be that it’s a gross overreaction. But the reason the Times can’t stop apologizing is that the cartoon shows the Israeli prime minister with a blue Star of David around his neck and Trump with a yarmulke atop his orange hairdo.  Using such symbols in this way makes many people uncomfortable, which is understandable.

But imagine, if you will, a cartoon showing Canadian President Justin Trudeau with a maple leaf on his shirt, Angela Merkel with a German eagle, France’s Emmanuel Macron dressed up like Napoleon, or Britain’s Theresa May draped in a British flag?  Why don’t any of those stir an outcry? 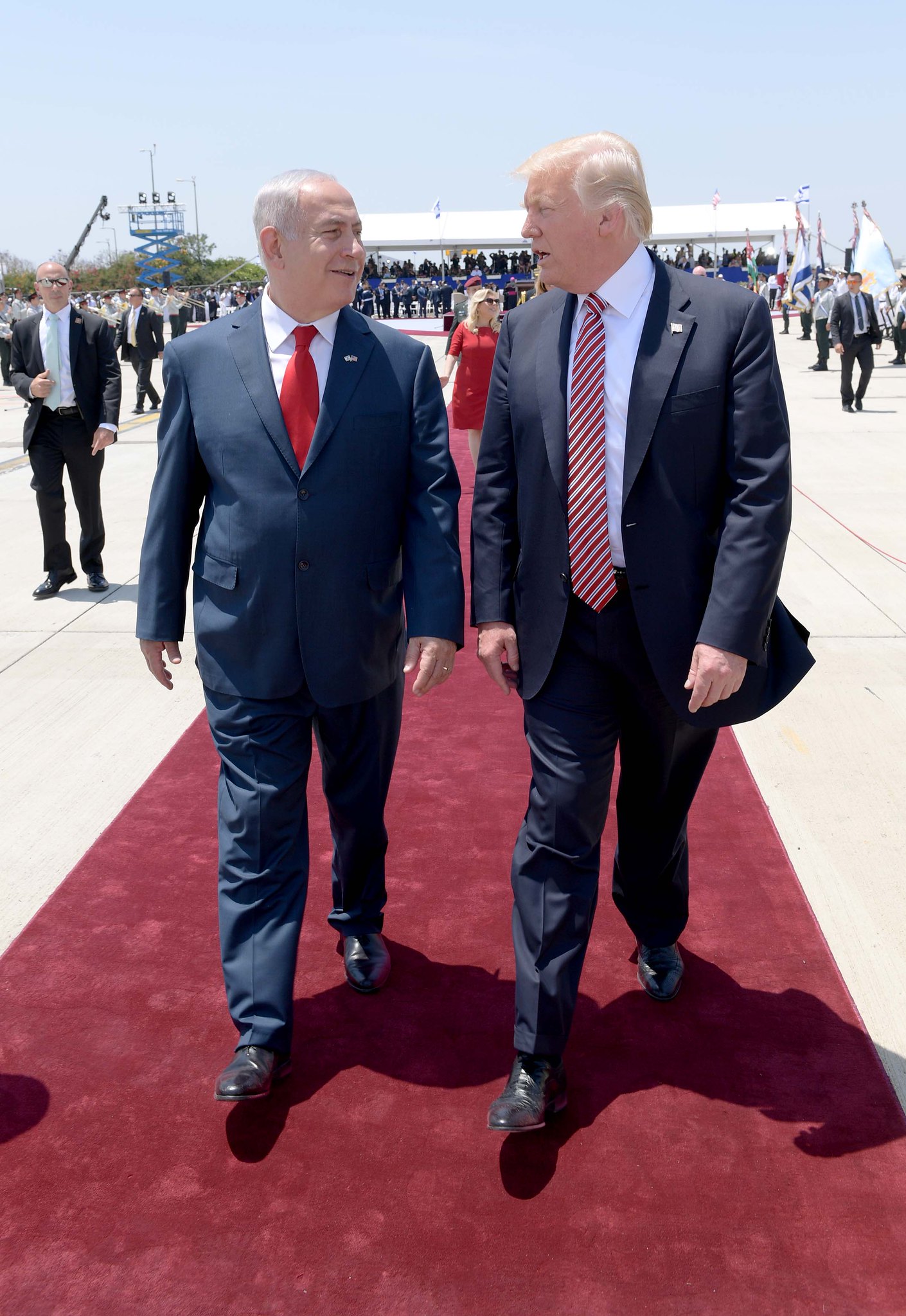 The reason, one might counter, is that those images are political whereas the Star of David is religious. True, but that’s precisely the point. Canada, France, and Germany are all secular societies in which church and state are firmly separate.  (Britain is a bit more complicated thanks to the queen’s role as head of the Church of England, but that’s another story.)  But the upshot is zero overlap as far as political and religious imagery are concerned.

Indeed, for all its sins, the same is true even for the United States.  Think of America and what comes to mind – Uncle Sam, a bald eagle, or a missile-laden F-16?  Perhaps. What does not come to mind is the cross even though 75 percent of Americans identify as Christian, a higher portion than Canadians (67.3 percent), Germans (64.2), Brits (59.5), or French (51.1).  Thanks to the First Amendment and a succession of Supreme Court cases dealing with things like school prayer, the U.S. government has been de-religionized and the very idea of America has been de-religionized as well.

But it’s not true for Israel. To the contrary, the same Star of David that appears in the cartoon also appears on the national flag while the yarmulke is also virtually a national symbol thanks to the growing ultra-orthodox influence.  Instead of separation of church and state, the consequence is an ever-closer union. Back in 2003, the late historian Tony Judt stirred a hornet’s nest by pointing out that Israel has less in common in this respect with other postwar nations than it does with the ethno-religious states of the 1920s and ’30s.  As he put it in The New York Review of Books:

“At the dawn of the twentieth century, in the twilight of the continental empires, Europe’s subject peoples dreamed of forming ‘nation-states,’ territorial homelands where Poles, Czechs, Serbs, Armenians, and others might live free, masters of their own fate.  When the Habsburg and Romanov empires collapsed after World War I, their leaders seized the opportunity.  A flurry of new states emerged; and the first thing they did was set about privileging their national, ‘ethnic’ majority – defined by language, or religion, or antiquity, or all three – at the expense of inconvenient local minorities, who were consigned to second-class status: permanently resident strangers in their own home.”

Ironically, the most inconvenient local minority of all was the Jews, who were all but obliterated when the same ethno-states were taken over by fascism during World War II.  Yet, under the Zionists, Israel has reduced Palestinians to strangers in their own land as well.

Indeed, the situation is far worse than when Judt wrote.  Where Israel “risks falling” into the camp of “belligerently intolerant, faith-driven ethno-states,” as he put it, it’s now the leader of the pack, a role model for up-and-coming ethno-authoritarians like Hungary’s Viktor Orbán, Brazil’s Jair Bolsonaro, or, of course, Trump, as they make their way through an increasingly illiberal political landscape. 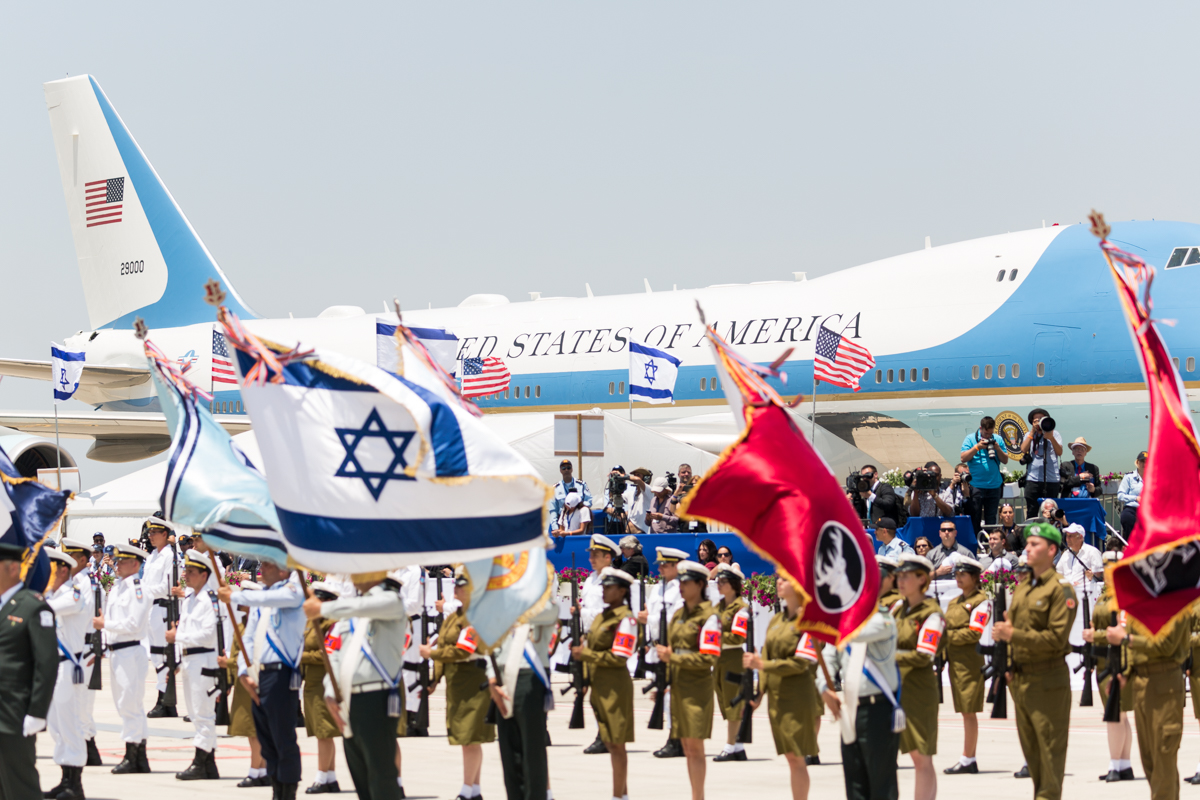 One purpose of an ethno-state is to dazzle, confuse, and disarm. There are many reasons that the Star of David appears on the Israeli flag, but one of the most important is to de-legitimize the criticism of de-legitimization by making it all but impossible to attack the Jewish state without attacking Jews.  Outsiders wind up damned if they do and damned if they don’t, spineless apologists for an increasingly brutal regime if they keep their mouths shut, and anti-Jewish bigots if they dare to speak up.

This is the boat that António Moreira Antunes, the unfortunate Portuguese artist behind the Times cartoon, finds himself in now that he’s been branded as anti-Semite across the globe.  Antunes says he merely wanted to use Israeli national symbols to make a point, which is that “Trump’s erratic, destructive and often blind politics encouraged the expansionist radicalism of Netanyahu.”  Yet he found himself running headlong into a buzz saw of condemnation almost before he laid down his pen.

Not only does such doubled-edged symbolism make honest criticism more difficult – it also makes real anti-Semitism easier.  Traditionally, anti-Semites have hidden their bigotry behind seemingly legitimate criticism of the Jewish state.  Going on about this or that crime against the Palestinians is supposedly a way of going on and on about the Jews without quite saying so.  But as the British anti-Zionist campaigner Tony Green stein points out, today’s anti-Semites are good deal cleverer. Instead of hiding behind criticism, they hide behind support. 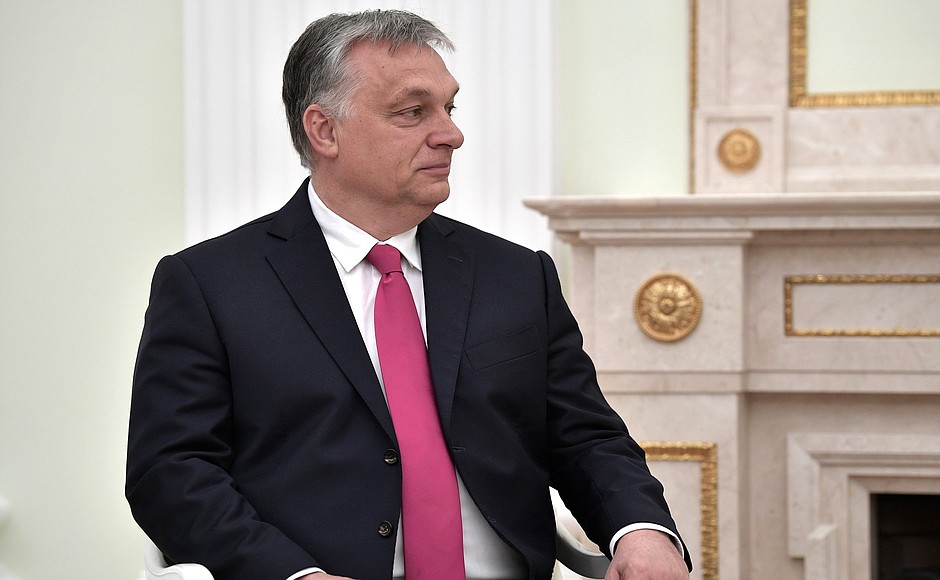 This is why someone like Orbán is so eager for Israeli approval even as he goes about rehabilitating Miklós Horthy, the Hungarian dictator from 1920 to 1944 who was a key Nazi ally and who, according to the historian Raphael Patai, bragged of being “an anti-Semite throughout my life.”  All Orbán wants is for Netanyahu to sprinkle him with a little holy water, so to speak, so he can continue with his neo-Horthyite goal of creating an ethnically pure Greater Hungary in which Muslim refugees are prohibited.  When the Hungarian president visited Jerusalem’s Yad Vashem Holocaust memorial last summer, furious demonstrators blocked his motorcade shouting, “Never again!” and “Shame on you!” and denouncing Yad Vashem for hosting him.

Bad as this is, the real story is even worse.  Orbán’s favorite target, the key to his success in fact, turns out to be the Hungarian-American financier George Soros.  Soros is a major funder of liberal causes and organizations throughout the world, including the Free University in Budapest, a liberal bastion that has long been a thorn in Orbán’s side.  Soros also happens to be Jewish.  For the Hungarian president, therefore, he’s straight out of central casting, an international Jew who can be blamed for everything from the migrant crisis to the economic slowdown and know-it-all foreign critics.  A recent government-funded poster campaign showed Soros’s portrait along with the inscription, “Let’s not let George Soros have the last laugh” – a reference, Tony Greenstein’s suggests, to a famous speech that Hitler gave in January 1939:

“I have often been a prophet in my life and was generally laughed at. During my struggle for power, the Jews primarily received with laughter my prophecies that I would someday assume the leadership of the state and … then, among many other things, achieve a solution of the Jewish problem.  I suppose that meanwhile the then surrounding laughter of Jewry in Germany is now choking in their throats.”

Just as Hitler didn’t want Jews to have the last laugh, Orbán doesn’t want them to either. 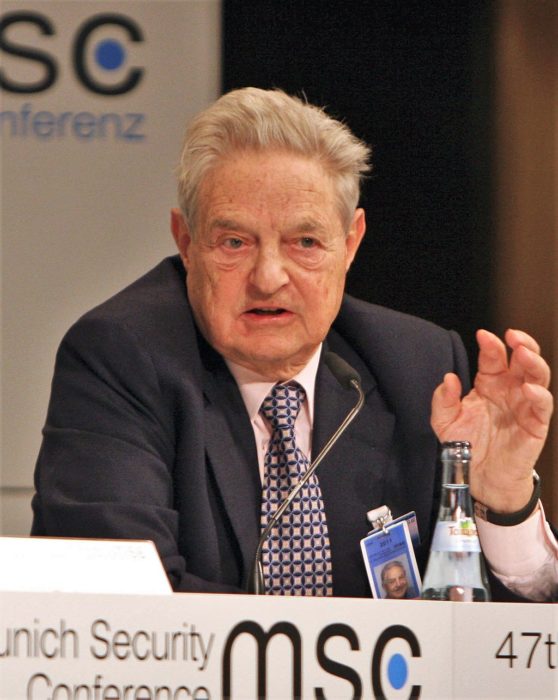 But Orbán didn’t dream up the anti-Soros campaign on his own.  To the contrary, a pair of rightwing American Jewish political consultants named Arthur Finkelstein and George Birnbaum thought it up for him.  After Finkelstein and Birnbaum helped Netanyahu become prime minister in 1996, he returned the favor by recommending their services to his old friend in Budapest. Amid the economic devastation caused by the 2008 financial blowout, they helped him win re-election, Hannes Grassegger reports in Buzzfeed, by persuading him to target bureaucrats and foreign capital.  When Orbán needed a fresh enemy to consolidate his control, they then came up with another target.  Following their advice to the letter, Orbán sailed into Soros at the height of the 2015 refugee crisis:

“His name is perhaps the strongest example of those who support anything that weakens nation states, they support everything that changes the traditional European lifestyle.  These activists who support immigrants inadvertently become part of this international human-smuggling network.”

This was the international Jew as enemy of the nation, tradition, and Christianity – an angle of attack that a couple of Netanyahu emissaries not only inspired but designed.  Instead of defending Jews, Israel was egging on their attackers.  Not for nothing does Israeli dissident Ronnie Barkan argue that “the greatest anti-Semitic force in the world today is the state of Israel.”

Yet the only thing The New York Times can do in response is to shoot the messenger by forever banning political cartoons from its pages.  By censoring critics, editorial page editor James Bennet, the genius behind the new policy, hopes that maybe the problem will just go away.  But it won’t of course.  He’s guilty, rather, of a hear-no-evil strategy that will only make matters worse.  The Times’s definition of “all the news that’s fit to print” grows narrower and more distortedby the day.

32 comments for “On The New York Times Cartoon Ban”