There’s nothing new about a U.S. president assuming that Palestinians can be bribed into cooperating with Zionist ambitions, writes Lawrence Davidson.

President Donald Trump’s peace plan for the Palestinian-Israeli conflict, or at least the economic side of it, was discussed at a meeting in Bahrain on June 25 and 26. The plan, euphemistically entitled “Peace to Prosperity” and the “Deal of the Century” is also, inaccurately, likened to a “Marshall Plan for Palestinians.” It is based on the assumption that money, ultimately the better part of $50 billion, can lure the Palestinian people into surrender — that is, the surrender of their right to a state of their own on their stolen ancestral land as well as the right of return for the 7.5 million Palestinians who have been forced into exile. Upon surrender, according to the plan, “an ambitious, achievable … framework for a prosperous future for the Palestinian people and the region” will be put into place. How this idealized future is to be integrated into the apartheid and Bantustan system of control that constitutes the Israeli government’s “facts on the ground” is left unexplained. 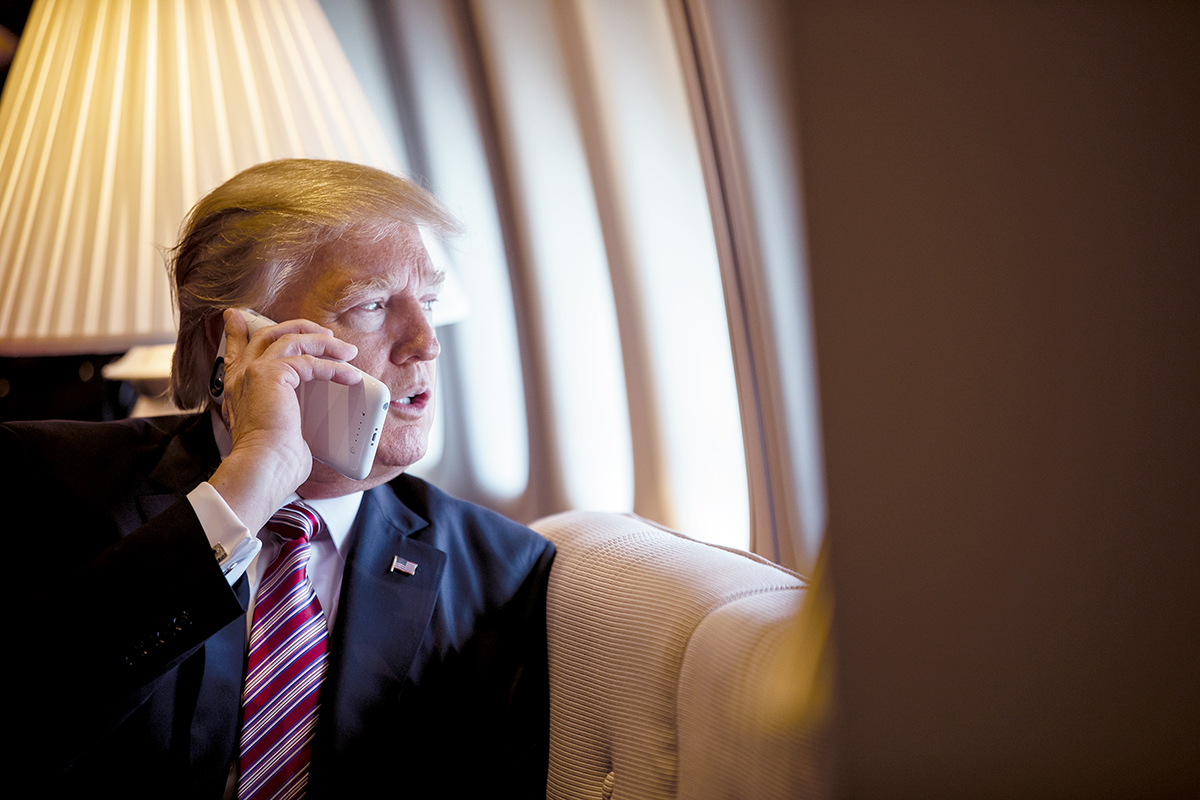 This bit of gilded bait was put together by “senior White House adviser” Jared Kushner, the president’s son-in-law; Jason Greenblatt, chief lawyer of the Trump Organization and now U.S. envoy for international negotiations; and David Friedman, the president’s bankruptcy lawyer who is now the U.S. ambassador to Israel. All of these men are at once unqualified for their present positions as well as Zionist supporters of Israeli expansionism. It is not surprising then that the Israeli government has welcomed this effort. Prime Minister Benjamin Netanyahu said that he “would listen to the American plan and hear it fairly and with openness.” On the other hand, the Palestinian West Bank leader, Mahmoud Abbas, said, “As long as there is no political [solution], we do not deal with any economic [solution].”

There are, no doubt, some Palestinians who are upset at Abbas’s position: perhaps some business people, often-unpaid bureaucrats, and a portion of the frustrated middle-class, who will be dearly tempted by the promise of all that money. These are people who, given over a century of struggle, see no hope of a just political settlement.

Nonetheless, those tempted might consider these facts: (1) All those billions of dollars are, as yet, hypothetical. The money is not in the bank, so to speak. And, it is not a given that Trump can actually raise the funds. Thus, for all those ready to trade justice for dollars, it might be premature to actually make the leap. (2) There is a prevailing belief among the Trump cabal putting this plan together that the Palestinians themselves are incapable of running the proposed development programs. They are assumed to be too corrupt or tainted with “terrorist” backgrounds to be trusted. Thus, the question of who would run this effort (Israelis? American Zionists? anyone other than those dedicated to Palestinian interests?) is left unanswered. Relative to this question, it should be kept in mind that the Israelis have made something of a science of robbing the Palestinians of their resources. They are hardly likely to stop now. (3) The raising of money for the Trump plan is in competition with a UN effort to raise $1.2 billion for UNRWA (which Trump stopped funding), the agency that supports programs for Palestinian refugees. That fund-raiser was running at the same time as the Bahrain meeting. If the Trump plan gains traction, there might well be pressure to shut down UNRWA altogether. 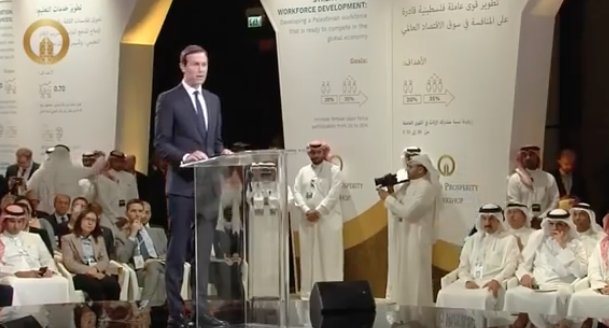 Is this really an honest proposal to provide the Palestinians with prosperity? The history of “third world” development efforts sponsored by and run under the guidance of “first world” powers, be they Western governments or institutions like the IMF, is largely one of failure. There is no reason to believe that the Trump plan will fare any better. While these problematic economic efforts may eventually fall short, the political conditions almost certain to be attached to the aid will probably require immediate cessation of all anti-Zionist activities, including the relatively successful ongoing boycott of Israel.

It might come as a surprise, but this is not the first time that financial bribery to procure Arab cooperation with Zionist ambitions has been tried.

There is a historical precedent for Trump’s attempted “deal of the century” that is detailed my book, “America’s Palestine” (cheap used copies of which are available on line). Here is how that precedent went: Back in 1942, the Zionist leader Chaim Weizmann told members of the U.S. State Department’s Division of Near Eastern Affairs (NEA) that Winston Churchill wished to make the Saudi king, Ibn Saud, “the boss of bosses in the Arab World.” The only condition to this offer was that Ibn Saud must “be willing to work out with Weizmann to achieve a sane solution to the Palestine problem.” Weizmann further claimed that the U.S. president Franklin Roosevelt was “in accord on this subject.”

The response of the head of the NEA, Wallace Murray, a man who knew the Middle East much better than did Chaim Weizmann, was one of skepticism. Murray noted that British influence over Ibn Saud was small and that he doubted the Saudi king wanted to be the Arab “boss of bosses.” Finally, he expressed doubt that anything the Zionists would consider a “solution” would be something Ibn Saud would consider to be “sane.”

Nonetheless, the Zionists persisted along these lines and soon came up with a plan where, in return for a Jewish Palestine, Ibn Saud would be made the “head of an Arab federation in control of a ‘development’ budget of 20 million British pounds.” 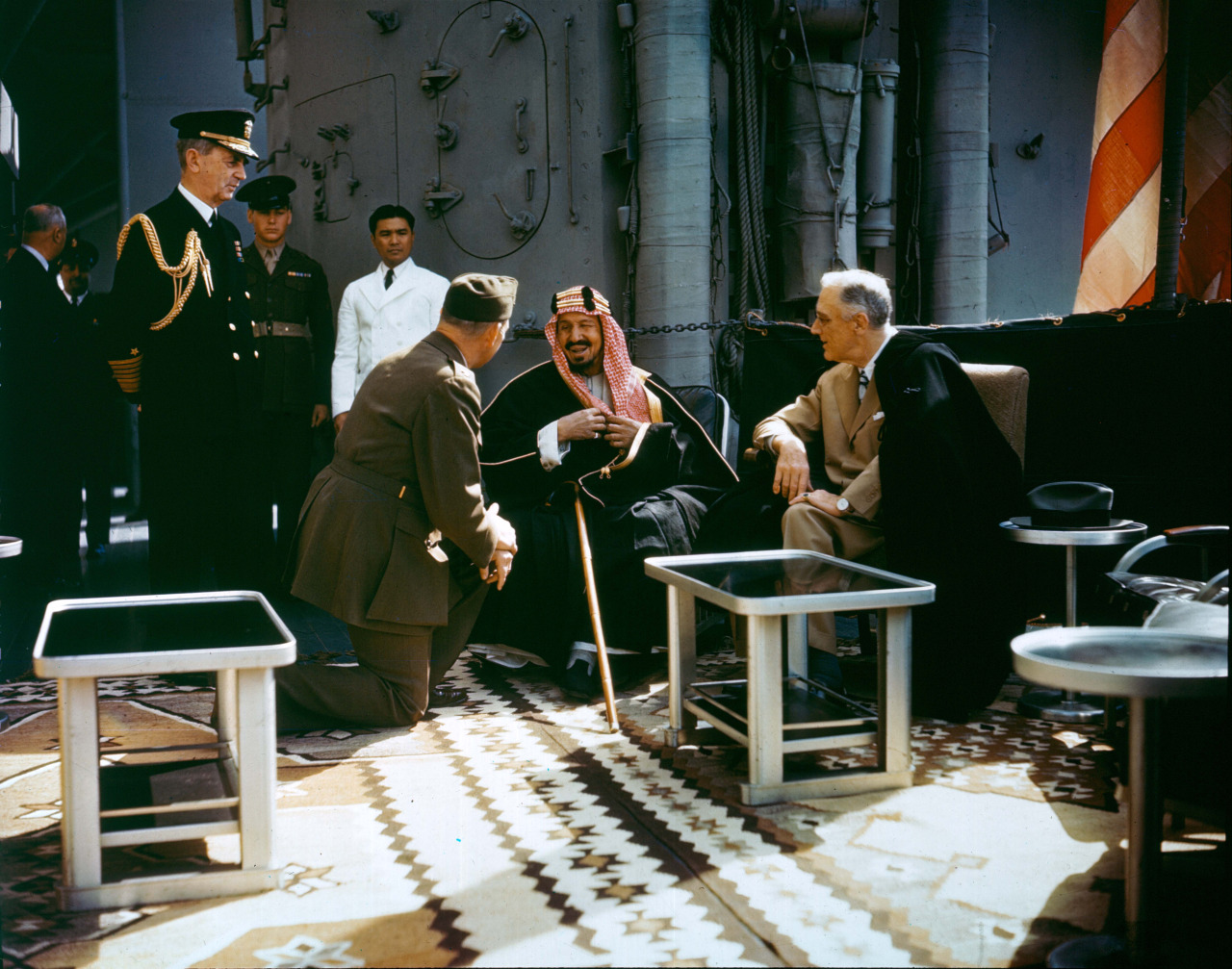 Ibn Saud converses with FDR (right) through an interpreter, Feb. 14, 1945, on board USS Quincy, after the Yalta Conference. (U.S. Navy via Wikimedia Commons)

At this point Murray became adamant that this would never work. He predicted that Ibn Saud would interpret the offer as a bribe — the offer of a throne in exchange for turning Palestine over to the Zionists. He would interpret the 20 million pounds as a “slush fund.” Consequently, there was every reason to believe that the Saudi ruler would see this whole plan as a personal insult. So Murray suggested that “the less we have to do with the … proposals of Dr. Weizmann the better.”

As it turned out Roosevelt disagreed with Murray and after a conversation with Weizmann in early June of 1943, authorized an approach to Ibn Saud along the lines of the Zionist plan. Why did he ignore Murray in favor of Weizmann? Because Murray’s accurate assessment of Ibn Saud conflicted with FDR’s stereotyped view of Arabs. This is revealed in the minutes of the June meeting with Weizmann wherein the president said that “he believes the Arabs are purchasable.” In other words, following a common Western view, the president saw the Arabs as a backward people who would do just about anything for the right amount of “bakshish.”

Subsequently, the entire scheme came to naught when, in the fall of 1943, Ibn Saud rejected it out of hand. He would subsequently tell FDR that the Jews should “be given the choicest lands and homes of the Germans who had oppressed them.” When the president replied that the Jews would not wish to stay in Germany after the war, Ibn Saud noted that the “allied camp” had “fifty countries” in it. Surely they could find enough open space (he even alluded to the underpopulated areas of the American West) to take in Europe’s Jewish refugees. Roosevelt came away from the exchange rather shaken. He finally understood from it that “the Arabs mean business” when it comes to Palestine. 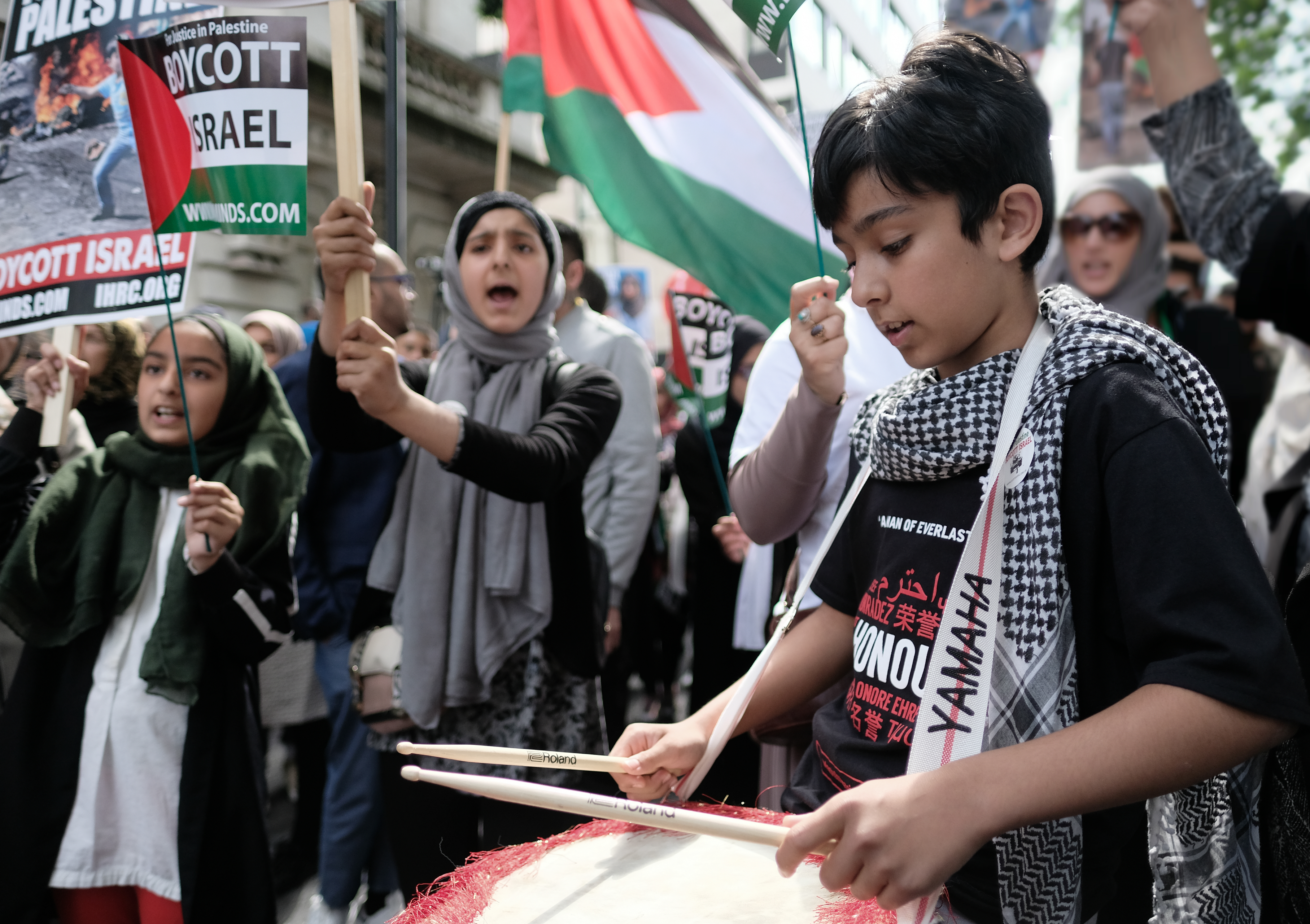 The world has changed a lot since the 1940s. Ibn Saud has been replaced by the Saudi Crown Prince Muhammad bin Salman. This can be seen as real step down in terms of personal integrity and strategic judgment. Franklin Roosevelt has been replaced with Donald Trump. I will let readers make their own judgments on this change. Actually, the thing that has stayed constant, perhaps because it was always devoid of real empathy for the Palestinians, is the nature of Zionist leadership. Thus, Israel’s ambassador to the United Nations, Danny Danon, has said that the only way the Palestinians can be economically liberated is through their political surrender. But as suggested above, Israel is now a confirmed apartheid state that feels its own “security” necessitates both military and economic control of the Palestinians. Given that reality, Danon’s notion of economic liberation means about as much as Weizmann’s promise of someone else’s (i.e., Britain’s) money. And then there is the replacement of Chaim Weizmann (the Zionist pre-state leader) with Benjamin Netanyahu. The former may have had more persuasive charm than the latter, but certainly their goals were, and continue to be, the same.

It is Zionism’s ambition to possess biblical Palestine that has reduced the Palestinians to destitution. Perfectly predictable and legal Palestinian resistance is the excuse the Israelis use to cover up the segregationist and impoverishing policies that are necessitated by their ideological worldview. And now Trump and his Zionist son-in-law come forward with their plan, fully expecting the Palestinians to trust the Americans and their Israeli allies to make them “developed” and prosperous? I wonder what Ibn Saud would say to that?