The idea that the DNC email disclosures were produced by a hack — not a leak —makes less and less sense, writes Daniel Lazare.

After bungling every last aspect of Russia-gate since the day the pseudo-scandal broke, the corporate press is now seizing on the Mueller report to shut down debate on one of the key questions still outstanding from the 2016 presidential election: the murder of Democratic National Committee staffer Seth Rich.

No one knows who killed Rich in Washington, D.C., on July 10, 2016.  All we know is that he was found at 4:19 a.m. in the Bloomingdale neighborhood “with apparent gunshot wound(s) to the back” according to the police report.  Conscious and still breathing, he was rushed to a nearby hospital where he was pronounced dead at 5:57.

Police have added to the confusion by releasing information only in the tiniest dribs and drabs.  Rich’s mother, Mary, told local TV news that her son struggled with his assailants: “His hands were bruised, his knees are bruised, his face is bruised, and yet he had two shots to his back, and yet they never took anything….  They took his life for literally no reason.  They didn’t finish robbing him, they just took his life.”

But cops said shortly after the killing that they had no immediate indication that robbery was a motive.  Despite his mother’s report of two shots in the back, all the local medical examiner would say is that the cause of death was a gunshot wound to the torso.  According to Rich’s brother, Aaron, Seth “was very aware, very talkative,” when police found him lying on the pavement. Yet cops have refused to say if he described his assailant.  A month later, they put out a statement that “there is no indication that Seth Rich’s death is connected to his employment at the DNC,” but refused to elaborate.

The result is a scattering of disconnected facts that can be used to support just about any theory from a random killing to a political assassination.  Nonetheless, Robert Mueller is dead certain that the murder had nothing to do with the emails — just as he was dead certain in 2003 that Iraq was bristling with weapons of mass destruction “pos[ing] a clear threat to our national security. 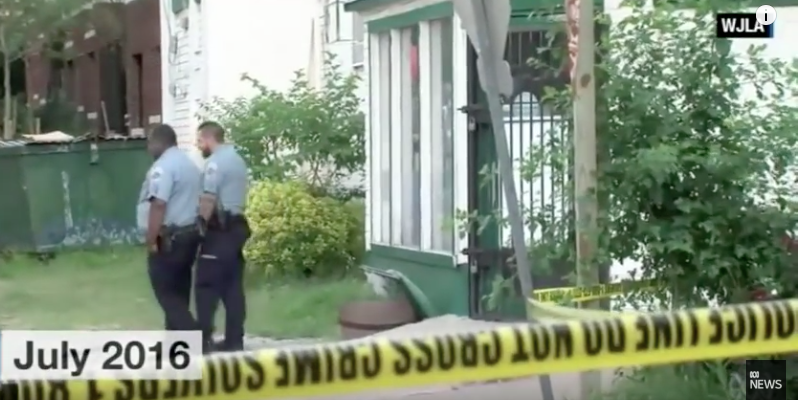 Mueller is equally positive that, merely by expressing concern that the murder may have had something to do with the release of thousands of DNC emails less than two weeks later, WikiLeaks founder Julian Assange was trying to protect the real source, which of course is Russia.

Here’s how the Mueller report puts it:

“Beginning in the summer of 2016, Assange and WikiLeaks made a number of statements about Seth Rich, a former DNC staff member who was killed in July 2016.  The statements about Rich implied falsely that he had been the source of the stolen DNC emails.  On August 9, 2016, the @WikiLeaks Twitter accounted posted: ‘ANNOUNCE: WikiLeaks has decided to issue a US$20k reward for information leading to conviction for the murder of DNC staffer Seth Rich.’

Likewise, on August 25, 2016, Assange was asked in an interview, ‘Why are you so interested in Seth Rich’s killer?’ and responded, ‘We’re very interested in anything that might be a threat to alleged WikiLeaks sources.’ The interviewer responded to Assange’s statement by commenting, ‘I know you don’t want to reveal your source, but it certainly sounds like you’re suggesting a man who leaked information to WikiLeaks was then murdered.’

Assange replied, ‘If there’s someone who’s potentially connected to our publication, and that person has been murdered in suspicious, circumstances, it doesn’t necessarily mean that the two are connected.  But it is a very serious matter … that type of allegation is very serious, as it’s taken very seriously by us’” (vol. 1, pp. 48-49). 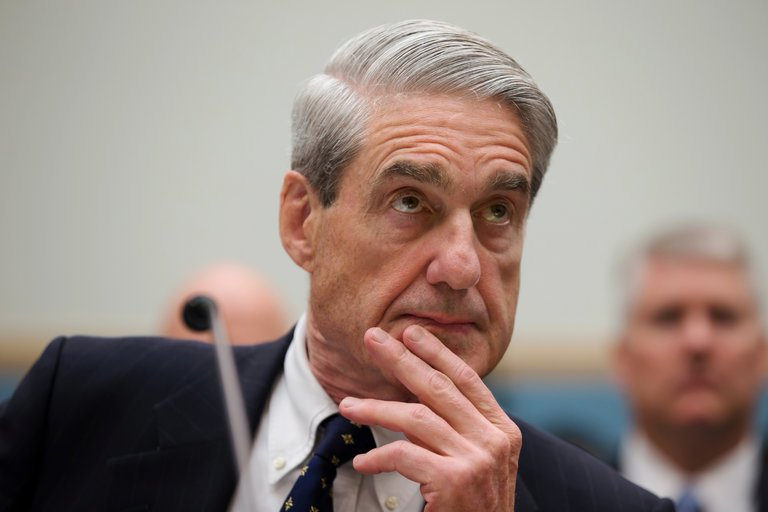 This is what the Mueller report calls “dissembling.” The conclusion caused jubilation in corporate newsrooms where hostility to both Russia and WikiLeaks runs high. “The Seth Rich conspiracy theory needs to end now,” declared Vox.com.  “The special counsel’s report confirmed this week that Seth Rich … was not the source,” said The New York Times. “The Mueller report might not end the debate over what President Donald Trump did,” the Poynter Institute’s Politifact added, “but it has scuttled one conspiracy theory involving a murdered Democratic party staffer and WikiLeaks.”

One Conspiracy Theory for Another

But all the Mueller report did was replace one conspiracy theory with another involving the Kremlin and its minions that is equally unconvincing.

Remarkably, there’s nothing in the Mueller report indicating that the special counselor independently reviewed the forensic evidence or questioned family members and friends.  He certainly didn’t interview Assange, the person in the best position to know who supplied the data, even though Craig Murray, the ex-British diplomat who serves as an unofficial WikiLeaks spokesman, says the WikiLeaks founder would have been “very willing to give evidence to Mueller” while holed up in the Ecuadorian embassy in London, “which could have been done by video-link, by interview in the Embassy, or by written communication.” 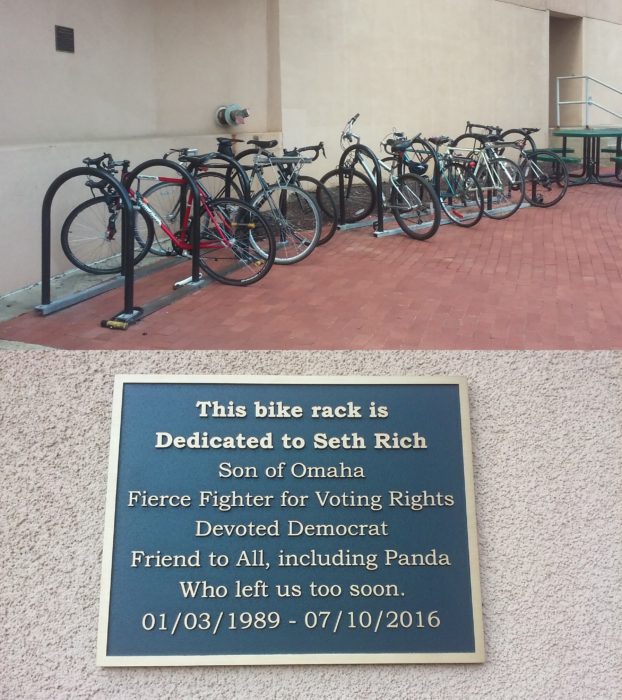 Murray says Mueller’s team made no effort to contact him either even though he has publicly stated that he met clandestinely with an associate of the leaker near the American University campus in Washington.

Why not?  Because Mueller didn’t want anything that might disturb his a priori assumption that Russia is the guilty party.  If he had bucked the intelligence community finding – set forth in a formal assessment in January 2017 – that Russian President Vladimir Putin ordered an influence campaign aimed at undermining Hillary Clinton’s candidacy — it would have been front-page news since an anti-Trump press had already accepted the assessment as gospel.  ButMueller is far too much of an establishmentarian to do anything so reckless.

So he selected evidence in support of the official theory that “[t]he Russian government interfered in the 2016 presidential election in sweeping and systematic fashion,” as the report states on its very first page.  And since Assange had consistently maintained that the data was the result of an inside leak rather than internal hack and that “[o]ur source is not the Russian government,” he cherry picked evidence to show that Assange is a liar, not only about Russia but about Seth Rich.

It’s a self-serving myth that corporate media have swallowed whole because it serves their interests too. One problem in exposing it, however, is Assange’s pledge – intrinsic to the WikiLeaks mission – to safeguard the identities of whistleblowers who furnish it with information.  The upshot has been a good deal of beating around the bush.  A month after the murder, the WikiLeaks founder appeared on a Dutch program called “Nieuwsuur” and took part in a cryptic exchange with journalist Eelco Bosch van Rosenthal: 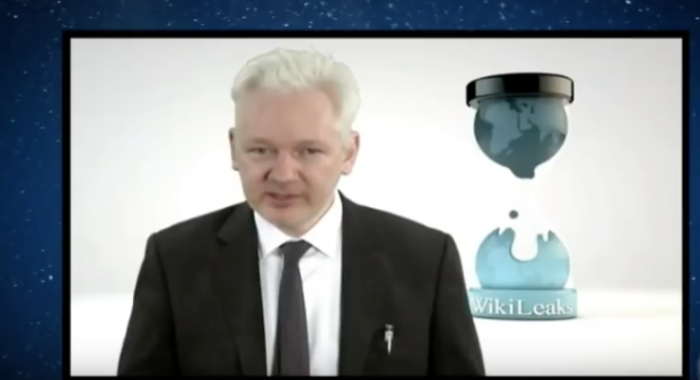 Assange: Whistle blowers go to significant efforts to get us material and often very significant risks.  There’s a 27-year-old – works for the DNC – who was shot in the back, murdered, just a few weeks ago for unknown reasons as he was walking down the street in Washington, so….

Rosenthal: That was just a robbery, I believe, wasn’t it?

Assange: No, there’s no finding, so –

Rosenthal: What are you suggesting?

Assange: I’m suggesting that our sources take risks, and they become concerned to see things occurring like that.

Rosenthal: But was he one of your sources then?  I mean –

Assange: We don’t comment about who our sources are.

Rosenthal: But why make the suggestion about a young guy being shot in the streets of Washington?

Assange: Because we have to understand how high the stakes are in the United States and that our sources, you know, face serious risks.  That’s why they come to us – so we can protect their anonymity.

Rosenthal: But it’s quite something to suggest a murder.  That’s basically what you’re doing.

This was as close as Assange could come to confirming that Rich was tied up with the leak without actually saying it. Hours later, WikiLeaks tweeted about the $20k reward.

Four months after that, Craig Murray told the Libertarian Institute’s Scott Horton: “Don’t get me wrong, I’m not saying that he [Rich] was the source of the leaks.  What I’m saying is that it’s probably not an unfair indication to draw that WikiLeaks believe[s] that he may have been killed by someone who thought he was the source of the leaks.”  (Quote begins at 11:20.)

Thanks to such foggy rhetoric, it was all but inevitable that conspiracy theories would ignite. Two months after the killing, an ultra-conservative talk-radio host named Jack Burkman – best known for organizing a protest campaign against the Dallas Cowboys’ hiring of an openly gay football player named Michael Sam – approached members of the Rich family and offered to launch an investigation in their behalf.

The family said yes, but then backed off when Burkman grandly announced that the murder was a Kremlin hit.  Things turned even more bizarre a year later when Kevin Doherty, an ex-Marine whom Burkman had hired to look into the case, lured his ex-boss to a Marriott hotel in Arlington, Virgina, where he shot him twice in the buttocks and then tried to run him down with a rented SUV.  Doherty received a nine-year sentence last December.

The rightwing Washington Times meanwhile reported thatWikiLeaks had paid Seth and Aaron Rich an undisclosed sum, a story it was forced to retract, and Fox News named Seth as the source as well.  (A sympathetic judge dismissed a lawsuit filed by the Rich family on technical grounds.)  But still the speculation bubbled on, with conservative nuts blaming everyone from ex-DNC chair Debbie Wasserman Schultz to acting DNC chairwoman Donna Brazile, Clinton campaign chairman John Podesta, and Bill and Hillary themselves.

All of which plays into the hands of a corporate press happy to write off any and all suspicion as a product of alt-right paranoia.

But if speculation refuses to die, it’s for a simple reason.  If the DNC email disclosure was a hack, then Rich clearly had nothing to do with it, which means his death was no more than a robbery gone awry.  But if it was a leak, then – based on broad hints dropped by Assange and Murray – it looks like the story could well be more complicated. This proves nothing in and of itself. But it guarantees that questions will grow as long as the Washington police make zero progress in its investigation and the Mueller report continues to fall apart.

And that’s just what’s happening.  Mueller’s account of how Russian intelligence supposedly supplied WikiLeaks with stolen data makes no sense because, according to the report’s chronology, the transfer left WikiLeaks with just four days to review some 28,000 emails and other electronic documents to make sure that they were genuine and unaltered – a clear impossibility.  (See “The ‘Guccifer 2.0’ Gaps in Mueller’s Full Report,” April 18.)

The FBI assessment that Paul Manafort associate Konstantin Kilimnik “has ties to Russian intelligence” – which Mueller cites (vol. 1, p. 133) in order to justify holding Manafort in solitary confinement during the Russia-gate investigation – is similarly disintegrating amid reports that Kilimnik actually served as an important State Department intelligence source.

So the idea of a hack makes less and less sense and an inside leak seems more and more plausible, which is why questions about the Rich case will not go away.  Bottom line: you don’t have to be a loony rightist to suspect that there is more to the murder than Robert Mueller would like us to believe.