After the three-summit confluence in Mecca, As`ad AbuKhalil assesses the consistent role of such gatherings as factories of rhetoric.

As soon as the news emerged three weeks ago that two oil installations in Saudi Arabia were hit, and oil tankers were attacked in the United Arab Emirates, the Saudi regime resorted to its available diplomatic weapon: summoning Arab despots and the leaders of Islamic countries to Mecca.

Three summits (Gulf, Arab and Islamic) were held in tandem in an effort to demonstrate solidarity with the Saudi regime. It quickly registered on Arab social media, (which consistently falls outside the coverage of all western correspondents who lack knowledge of Arabic) that the Saudi regime expressed more concern for oil installations than for the lives of Palestinians who are shot at weekly by Israeli occupation forces.

Arab summits became formal intergovernmental affairs in 1964 during the days of Eyptian President Gamal Abdel Nasser. Prior to 1964, Arab leaders met often, but rather informally (and often at the behest of their British patrons).  In 1964, Arab leaders gathered to deal with the Israeli decision to divert water from the Jordan River. They met and protested but eventually did nothing because Israel made it clear that any Arab interference with its theft of water would be dealt with by force. 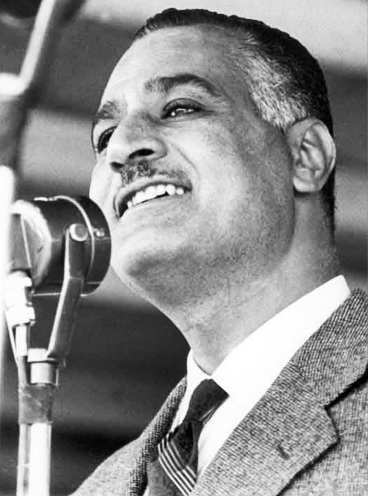 Nasser: Support of the people. (Wikimedia)

Nasser dominated Arab summits until his death in 1970. He managed to impose his will because he had an advantage over all Arab leaders: he relied on the support of the Arab people — more than any Arab leader before or since.  Nasser led the “progressive camp” and he was at odds with the “reactionary camp”— a reference to the pro-U.S. Arab regimes led by Saudi Arabia.

But the “reactionary camp” had no support among the Arab masses and they resorted to religious demagoguery and utilization of the Muslim Brotherhood to do their ideological bidding (it was only after Sept. 11 and the emergence of the Qatari alliance with the Brotherhood that UAE and Saudi Arabia criminalized the Brotherhood and launched a relentless war on their organizations worldwide).

Even during the days of Nasser, Arab summits were notable for their rhetorical flourish and oratorical ostentation and not for their actions.  In 1964, the Arab regimes sponsored the creation of the Palestine Liberation Organization but not so much to help the Palestinians as to prevent the creation of a Palestinian revolutionary movement capable of dragging Arab governments into unwanted confrontations with Israel.

Under Nasser, there was the notion of Arab unity and collective Arab action — although words were more the norm than deeds in this regard.  Furthermore, Nasser insisted on a “comprehensive and just” resolution to the Palestinian question — the formula was an attempt, successful until Nasser’s death, to prevent any Arab regime from reaching a separate bilateral deal with the Israeli occupation state.  No matter how eager Jordanian King Hussein was to sign a peace treaty with Israel, he knew that he could not survive the Arab nationalist rejection of peace with Israel.

The agendas of Arab summits were set by Nasser. Arab rulers — including his rivals and enemies —pretended to go along with the notion of Arab unity and solidarity.  In reality, the Arab world was divided throughout, and Arab rhetoric could not hide the deep fissures and segmentation among regimes and within countries.

In the 1960s, the Yemen war pitted Saudi Arabia (and Israel and western allies) against Nasser (and his allies).  But the 1967 Arab defeat to Israel ended the ascendancy of Nasser.  He remained symbolically the regional leader of the Arabs but he was mortally wounded and had to reconcile with the Saudi regime because he needed oil funds to rebuild Egypt’s army. Gone was the rhetoric against “Arab reaction” from Cairo radio stations and appeals to the people of the Arabian Peninsula to overthrow the medieval sultanates. 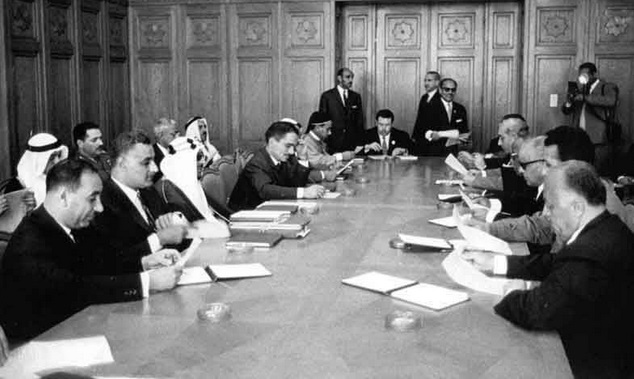 After the death of Nasser in 1970, the divisions of the Arab world were reinforced.  No one leader inherited the mantle of Nasser although many leaders — such as President Anwar Sadat of Egypt or President Saddam Hussein of Iraq or King Faisal of Saudi Arabia — hoped to inherit his popularity. But all failed.  Arab summits were held regularly and the Palestinian question was put as the top priority on every (official) agenda.  But the gap between Arab regimes’ claims and their actions and intentions was quite wide.

Morocco, for example, was assigned the role of chairmanship of the Jerusalem Committee with the Arab League. King Hassan II had close relations with Israel and sought assistance from the Mossad, Israel’s national intelligence agency, to hunt down and kill Moroccan dissidents. But that did not disqualify him from the leadership role on Palestine, as far as Arab leaders were concerned. It was the same king who later brokered the early secret meetings between representatives of Israeli and Egypt in the 1970s before Sadat’s trip to Israel in 1977.

Despite the rhetoric of Arab unity, summits are often the settings of open feuds and shouting matches. In the 1970 emergency summit during Black September, the Libyan dictator wanted to shoot the Jordanian king.  Accusations of treason and collaboration with the enemy were commonplace and almost always well-founded.

In 1979, in the wake of the Egyptian-Israeli peace treaty, Egypt was expelled from the Arab League and the league temporally moved its headquarters to Tunisia. (It went back to Cairo in 1990). But the feuds among Arab rulers were not solely between Egypt and other Arab countries. The bitter Syrian-Iraqi feud dominated many Arab summits and in the Casablanca summit of 1979, Syria’s President Hafez al-Assad and Iraq’s Saddam Hussein may have registered a precedent when they yelled obscenities at each other.

Saddam Hussein tried very hard to lead the Arab world but the region was divided into various rival camps. The Gulf governments had their own Gulf Cooperation Council, or GCC and the Maghreb countries had their own coalition, so Saddam formed his gathering with Egypt, Yemen and Jordan (known as the Arab Cooperation Council and disbanded as soon as Iraq invaded Kuwait in 1990).

After the U.S. invasion of the region in 1991, Egypt led the Arab League but through a triumvirate including Syria and Saudi Arabia. The three governments participated in the American military intervention against Saddam Hussein and dominated the agenda of the Arab League until the death of Syria’s Hafez al-Assad in 2000. 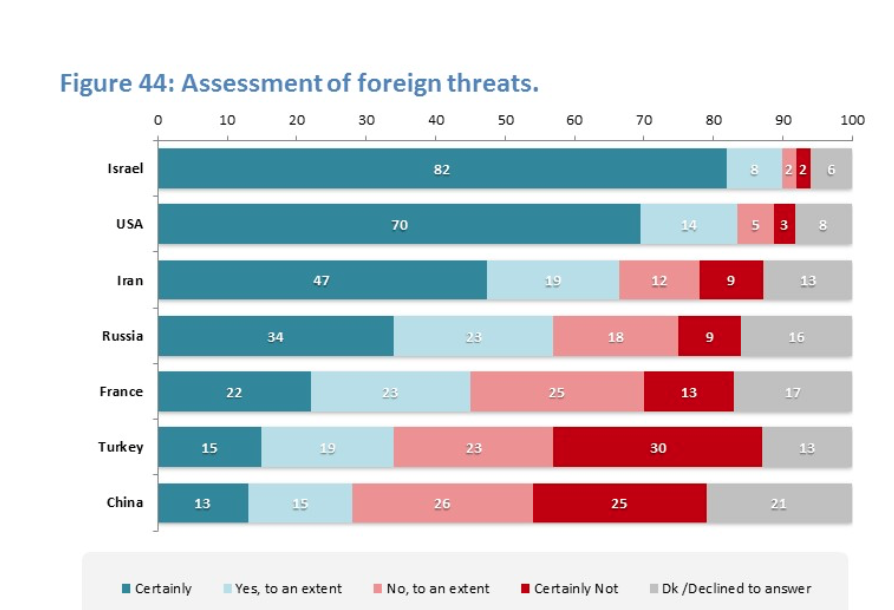 Last week, the Saudi regime wanted to use Arab summitry to rally governments against Iran. But as much as Saudi Arabia and the UAE insist (at the behest of Israel) that Iran is the chief enemy of the Arabs, public surveys still rank Israel as the major enemy of the Arab people, followed by the U.S. (See the most comprehensive survey by the Doha-based Arab Center for Research and Policy Studies.)

The Arab summit in Mecca last week, just as the GCC and Islamic summits do, paid lip service to the Palestinian question and regarded it as a “central cause” for the Arab people.  But the language of the final statement made it very clear that mobilization against Iran and obtaining Arab support for the Gulf hosting of additional U.S. troops were the priority for the Saudi monarch.

The anti-Tehran consensus that the Saudi regime (on behalf of the U. S. and Israel, no doubt) had wanted to achieve was broken.

Lebanon’s Prime Minister Sa`ad Hariri (who was just last year held hostage in Riyadh, subjected to beatings and humiliation and forced to read a letter of resignation, which was written for him) toed the Saudi line. But Hariri speaks for only a section of the Lebanese government.  And Hariri’s stance in Mecca was contradicted the next day in a speech by Hizbullah leader Hasan Nasrallah.

Iraq expressed official reservations on the statement, while Qatar waited until after the summit to declare its own official reservations regarding the statement and to criticize the denigration of the Palestinian question.  In other words, Arab summits continue to have the same functions they have had for decades: a factory of empty political rhetoric that no one takes seriously.

3 comments for “THE ANGRY ARAB: Rituals of Arab Summitry”