A Swedish court has blocked prosecutors’ request for a European Arrest Warrant forcing an interview with Assange in London, and Politico reports there will be no indictment of Assange on Vault 7.

Imprisoned WikiLeaks publisher Julian Assange scored two legal victories on Monday when a Swedish court refused prosecutors’ request to have Assange arrested and extradited from Britain to Sweden, while the U.S. Justice Dept. said it would not prosecute Assange for the publication of the CIA Vault 7 files, according to a report in Politico.

The Uppsala District Court rejected a request for a European Arrest Warrant for Assange based on a reopened 2010 investigation into sexual assault allegations that has been twice dropped before. Without the warrant Assange cannot be extradited to Sweden to be questioned.

Eva-Marie Persson, Sweden’s deputy director of public prosecutions, who last month announced the reopening of the probe and Sweden’s extradition request to Britain, said she is deciding whether to appeal the ruling. In the meantime, Persson said she’d seek a European Investigation Order, which would allow her to travel to Belmarsh prison in London and interview Assange there.

“I think it is a big victory for Julian Assange, the first one in a long time, and a well-deserved one,” said Assange’s Swedish lawyer, Per Samuelson. “It is also a victory for Sweden, who upheld the rule of law and it’s a defeat for the prosecutors, who were once again punished for not having conducted the case in a correct way. It’s a step in the right direction.” 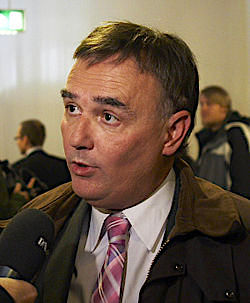 The pressure is now fully back on Britain alone to decide whether to extradite Assange to the United States to face espionage charges for the conduct of investigative journalism, as the U.S. indictment itself describes.

The sexual assault allegations against Assange, which followed months after the Iraq War Logs and Afghan War diaries were released,  were first dismissed in 2010 by then Swedish chief prosecutor Eva Finne, just a day after the allegations were made on Aug. 20, 2010.

An arrest warrant was canceled on Aug. 21.   Finne said that day: “I don’t think there is reason to suspect that he has committed rape.”

Assange then left Sweden for Britain with Sweden’s permission in September.  When he arrived in Britain an international arrest warrant was issued for him on Nov. 18, 2010.

Assange turned himself in on Dec. 7 and was released on bail. He fought Sweden’s extradition requests after Sweden refused to give his lawyers an assurance he would not be then extradited to the U.S., where he now faces extradition and  prosecution under the Espionage Act.

When his final appeal was lost, Assange asked for and received political asylum in Ecuador’s London embassy where Assange had lived from June 2012 to April 11 this year. That day Ecuador lifted his asylum and allowed British police to enter the embassy to arrest him.

Under intense British pressure, Sweden’s prosecutor Marianne Ny declined to drop the case for a second time and refused for years to travel to London to interview Assange, at Assange’s request. However, six days after the Nov. 8, 2016 U.S. presidential election, an election Assange was accused of interfering with through his journalistic work, Ny relented and questioned Assange in the embassy. Six months later, for the second time, the investigation was indeed dropped.

Assange is serving a 50-week sentence at Belmarsh prison in London for skipping bail when he entered the embassy. 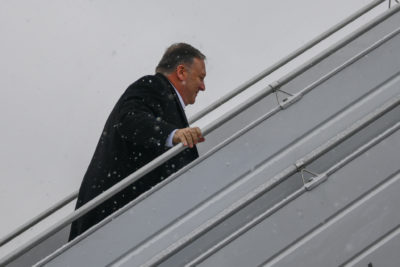 Meanwhile in the United States, the online news site Politico reported that the Justice Department has decided not to charge Assange in the release of Vault 7, which exposed some of the CIA’s most closely held secret spying methods. Politico cited “a U.S. official and two other people familiar with the case.”

Politico said the decision surprised former U.S. officials and national security “experts” given the anger it aroused in the CIA, whose director at the time of the release, Mike Pompeo, then labelled WikiLeaks a “non-state hostile intelligence service.”

The DOJ may have decided it had just run out of time to bring the new indictment since it has a June 12 deadline to present to Britain all the charges it wants to bring against Assange before the UK can decide on the U.S. extradition request.

← For Tech Giants, a Cautionary Tale From 19th Century Railroads on the Limits of Competition
What the Latest Secret Government File Says About UK Middle East Policy →