The UN held a session that highlighted the humanitarian crisis in Yemen last week and the next day the White House announced a large weapons sale to the Saudi-led coalition, Thalif Deen reports.

When the UN Security Council met last week to discuss the deaths and devastation caused to civilians in ongoing military conflicts and civil wars, the killings in Yemen and the air attacks on hospitals, schools, mosques, and market places — whether deliberate or otherwise — were singled out as the worst ever.

The death and destruction were caused by weapons provided by some of the permanent members of the Security Council, including the U.S., France and U.K.

Children on a street in Craiter in Aden, Yemen. The area was badly damaged by airstrikes in 2015 as the Houthi’s were driven out of the city by coalition forces. (UN OCHA/Giles Clarke)

The day after that meeting — in defiance of U.S. congressional opposition to arms sales to some of the warring Middle Eastern nations — the Trump administration said it would sell $8.1 billion in American arms to Jordan, the United Arab Emirates (UAE) and Saudi Arabia under an “emergency notification.”

All three countries are part of a Saudi-led coalition unleashing attacks on Yemen in order to battle Houthi insurgents who U.S. officials claim are trained and armed by Iran. The new weapons systems are expected to add more fire power to the coalition. One of arguments adduced by the Trump administration is that increasing arms sales to Middle Eastern allies are meant to counter an “anticipated Iranian aggression.”

Stephen Zunes, professor of politics at the University of San Francisco with a specialty in Middle Eastern studies, told IPS this sale is not about deterring Iranian aggression and it is certainly not an emergency.  “It’s about the profits of American arms manufacturers at the expense of countless Yemeni lives.”

Zunes continued, “This is but the most extreme manifestation, however, of a longstanding bipartisan policy of transferring deadly and sophisticated armaments to the family dictatorships in the Middle East.”

Zunes, who also serves as a senior policy analyst for the Foreign Policy in Focus project of the Washington-based Institute for Policy Studies, said it was ironic that a nation that emerged in revolution against monarchy, would be the world’s No. 1 arms supplier of absolute monarchies today.

Lawmakers may try to block the sale, The Hill reported May 29.

U.N. Secretary-General Antonio Guterres told the Security Council on May 23 that civilians continue to make up the vast majority of casualties in conflict, with more than 22,800 civilians dying or being injured in 2018 in just six countries: Afghanistan, Iraq, Mali, Somalia, South Sudan and Yemen. He stressed the need for the Security Council to do more to enhance compliance with the laws of war.

Last week, the London-based Amnesty International ridiculed the U.S. argument that some of the weapons supplied to the Saudi-led coalition were “precision-guided” to avoid civilian casualties.

“The great military powers cynically boast about ‘precision’ warfare and ‘surgical’ strikes that distinguish between fighters and civilians. But the reality on the ground is that civilians are routinely targeted where they live, work, study, worship and seek medical care,” Amnesty’s statement said. “Parties to armed conflict unlawfully kill, maim and forcibly displace millions of civilians while world leaders shirk their responsibility and turn their backs on war crimes and immense suffering.”

Philippe Nassif, advocacy director for the Middle East and North Africa at Amnesty International, told IPS that President Donald Trump’s decision to circumvent Congress and authorize billions of dollars’ worth of arms sales to serial human rights abusers Saudi Arabia and the UAE is extremely unfortunate and reckless.  “Both these countries have used U.S.- made weapons to commit war crimes in Yemen, a country mired in conflict that has been made worse by the conduct of the UAE and Saudi led coalition,” he added.

Nassif pointed out that the atrocious human rights records of these governments — where executions, extrajudicial killings, mass incarceration, torture and indefinite detentions are part of daily life — is made worse by the U.S. continuing to arm them.

“Now that the UAE and Saudi Arabia will receive new American weapons, we can expect a continuation of the hell that has been brought upon Yemen, where 11 million people are suffering from famine, hundreds of thousands have been displaced, and thousands killed,” Nassif said. “We can also expect weapons to fall into the wrong hands, such as Al Qaeda, or be sent to other conflict zones where the Saudi’s and UAE are backing ascending autocrats, such as Hafar in Libya.”

In a May 24  statement, U.S. Secretary of State Mike Pompeo said “I made a determination pursuant to section 36 of the Arms Export Control Act and directed the Department to complete immediately the formal notification of 22 pending arms transfers to Jordan, the United Arab Emirates, and Saudi Arabia totaling approximately $8.1 billion to deter Iranian aggression and build partner self-defense capacity.”

“These sales will support our allies, enhance Middle East stability, and help these nations to deter and defend themselves from the Islamic Republic of Iran,” he said. 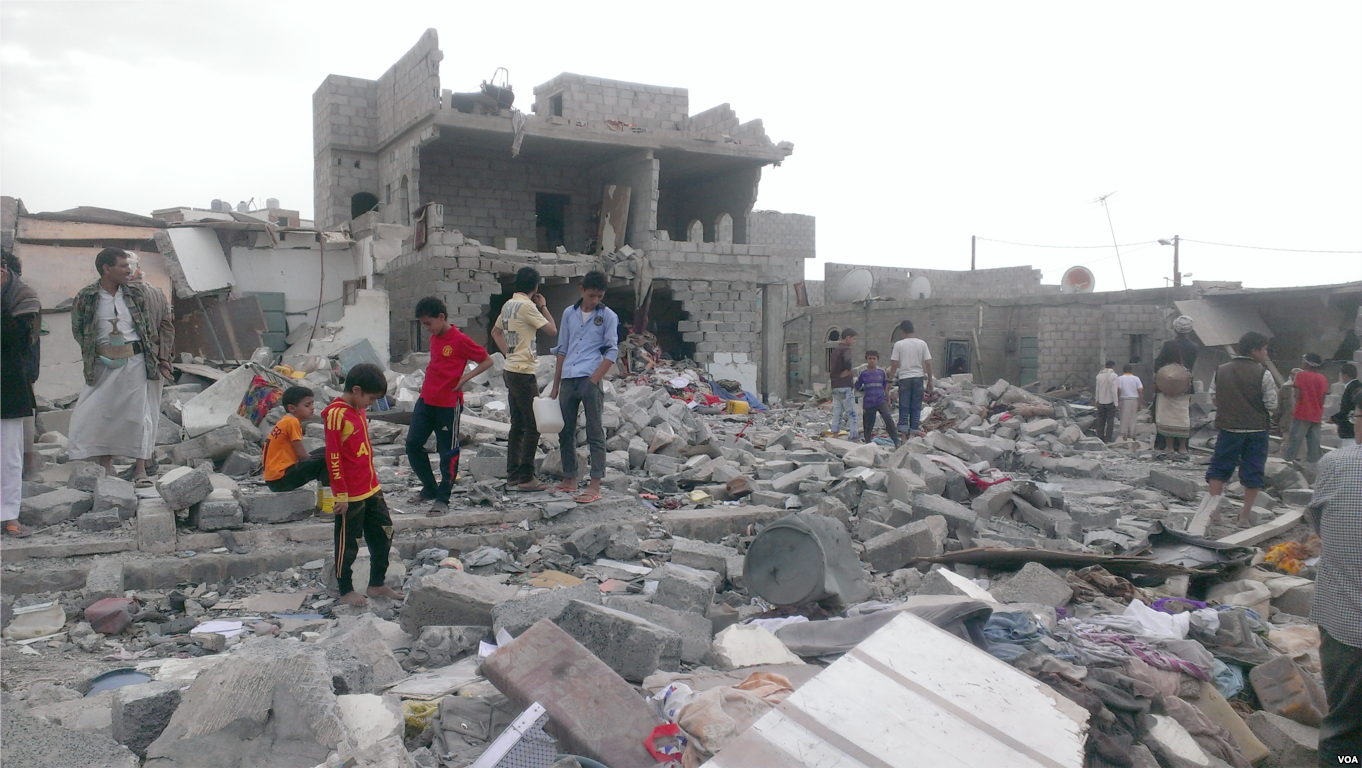 Delaying this shipment, Pompeo argued, could degrade systems and create severe airworthiness and interoperability concerns for key partners, during a time of increasing regional volatility. He said that national security concerns have been exacerbated by many months of congressional delay in addressing these critical requirements, “and have called into doubt our reliability as a provider of defense capabilities, opening opportunities for U.S. adversaries to exploit.”

The equipment to the three countries includes aircraft support maintenance; intelligence, surveillance, and reconnaissance (ISR); munitions; and other supplies.

“Today’s action will quickly augment our partners’ capacity to provide for their own self-defense and reinforce recent changes to U.S. posture in the region to deter Iran. I intend for this determination to be a one-time event,” Pompeo added.

He pointed out that Section 36 is a long-recognized authority and has been utilized by at least four previous administrations since 1979, including Presidents Ronald Reagan and Jimmy Carter.

“This specific measure does not alter our long-standing arms transfer review process with Congress. I look forward to continuing to work with Congress to develop prudent measures to advance and protect U.S. national security interests in the region,” he said. “The United States is, and must remain, a reliable security partner to our allies and partners around the world. These partnerships are a cornerstone of our National Security Strategy, which this decision reaffirms.”

This article was first published by Inter Press Service. The author, Thalif Deen, can be contacted at thalifdeen@ips.org.

27 comments for “US ‘Emergency’ Arms Sales”