It was one of the most shocking results in decades. Labor appeared poised for victory but a coal mine in Queensland played an outsized role in the Liberals maintaining power in Canberra, reports Catherine Vogan. 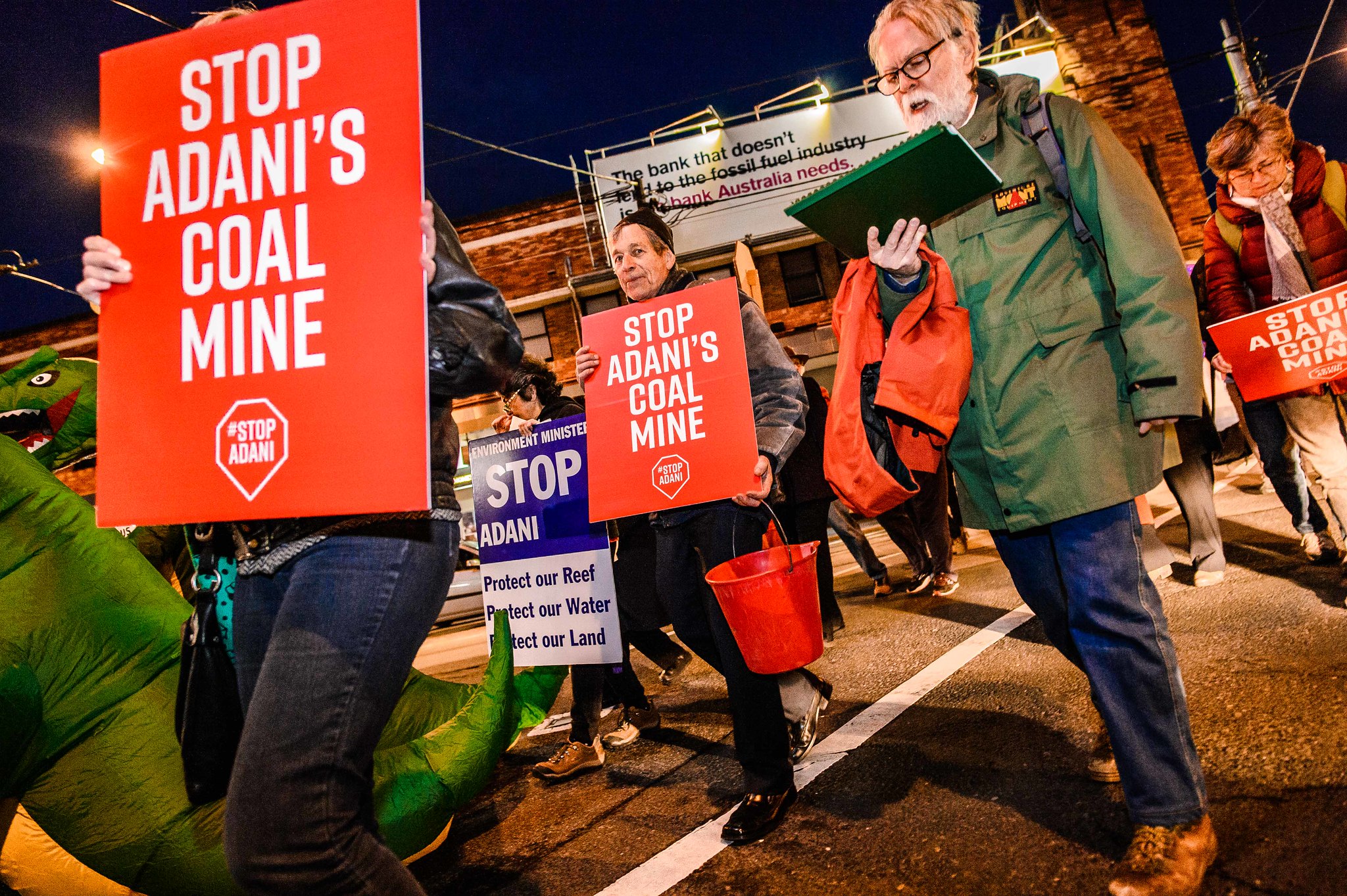 Not unlike the 2016 U.S. presidential vote, there’s been another surprise election result, this time in Australia. One week down the track the post-mortems are numerous on “what happened”; or rather why it happened. Every pollster and book-maker in the country had predicted an easy win for the left-wing Australian Labor Party (ALP).

Instead it was a Blessed Day for Prime Minister Scott Morrison and his incumbent conservative Liberal National Party (LNP), which has won a predicted 77 seats to Labor’s 68 after 86.5 percent of the votes have been counted. The Liberals will form a majority government by one seat.

It was one of the most shocking results in decades. Labor appeared poised for victory because it had pledged to increase health and education spending, improve welfare services and act on climate change and renewable energy.

On top of what seemed good for most Australians, confidence in a Labor victory rested on years of Liberal Party losses in public opinion polls, including 30 straight defeats in polls that asked who the nation’s favourite leaders were.

The Liberals were also wracked by factional in-fighting between its bitterly divided moderate and conservative elements, the latter of which continued to champion the fossil fuel industry.

Many Australians perceived the Liberals’ policies in government as detestable and dangerous policy.

Led by a devoutly religious Morrison, the “Coal-fondler in Chief”, the Liberal government appeared to be in ruins after the demise of its two previous prime ministers, Malcolm “Political Mistake” Turnbull and Tony “Coal is Good for Humanity” Abbott.

There had also been an exodus of senior members from the party – including three of the few females– so Morrison had to campaign alone. He did so as the barely credible, chummy “ScoMo”, wearing, like Trump, the mantle of a baseball cap, and a grin, while uttering his true blue, albeit de-braining, one-liner: “If you have a go you’ll get a go.” Surely not, many said, but elections move in mysterious ways.

“His only promise to reform is to cut tax for the wealthy,” said retired Australian diplomat Tony Kevin. “His rhetoric is windy and empty, an Australian mimicry of Trump’s Make America Great Again slogans of the United States. A professed evangelical Christian, his surprise victory will inspire right wing activists on causes like abortion and free speech for religious fanatics.”

The Liberals pursued what appeared to be a widely unpopular conservative agenda. That included much of the party campaigning against marriage equality. Its former attorney general, George Brandis, declared that “people have the right to be bigots” in an attempt to remove sections of the Racial Discrimination Act. 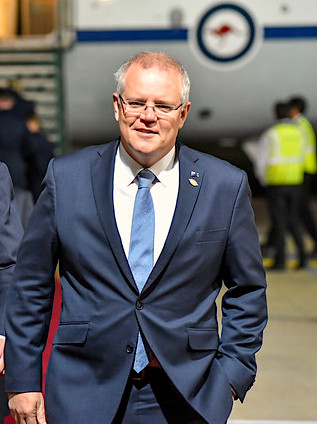 The Liberals had reduced welfare spending on the Medicare health system, social security and unemployment benefits and heavily stigmatised welfare recipients, at a time when there was only one full-time job available for every 12 job-seekers.

They had introduced an “Earn or Learn” system and raised the age of eligibility for unemployment benefits from 18 to 22, forcing many young people to live with their parents and take on government loans for ‘work-ready’ courses.

The Liberals had implemented “Work for the Dole”, which forced the unemployed of all ages into unpaid labour, up to 30 hours per week. The “Newstart” allowance they received in return has been deemed seriously insufficient for assuring basic needs. University of New South Wales researchers point out that the dole hasn’t risen in two decades to match the soaring cost of housing.

As the gap has widened between rich and poor, the Liberal Government was soft on multinational tax evaders, but harsh on welfare recipients, and misleading with employment figures. During the six years of Liberal rule, 60 percent of Australians joined the “precariat,” as part of a “gig economy” workforce that lacked predictability and security.

As the neo-liberal blueprint predicts, these workers were obliged to undertake extensive unremunerated activities to retain access to jobs and to decent earnings. The Australian economy grew, but the average Joe’s slice of the pie shrunk…

Climate change and the opening of a massive new coal mine in the state of Queensland were the pivotal issues in the election.

What worried young Australians and concerned their parents was the government’s denial of climate change. Greta Thunberg’s message at the UN Climate Change COP24 Conference had a big impact in the country as Australian children left their classrooms en masse to plead for a future they could grow up in.

A month before the May 18 election, the Liberal government approved a new coal and a new uranium mine in Queensland, the large state that takes in the top half of Eastern Australia and lies between Australia’s iconic Great Barrier Reef, the largest coral reef in the world, and the Great Artesian Basin, an unpolluted aquifer which provides water for central Australia’s desert. The assumption of environmental groups was that the coal mines and fracking will pollute and destroy both the reef and the artesian basin.

The controversial new coal mine, approved two days before the 30-day caretaker period leading into this month’s election, is the massive Adani mine in the deposits of Queensland’s Carmichael Basin, which is larger than all of Great Britain. The Adani mine alone stretches over territory comparable to either New York City or London.

The Indian multinational company Adani said it expects its Carmichael mine to produce 2.3 billion tons of coal over 60 years, which, according to the “Joint Report to the Land Court of Queensland on ‘Climate Change Emissions‘” would be inconsistent with the Paris Agreement goal of limiting global warming to 2 degrees Celsius above pre-industrial temperatures.

Although the Labor Party proposed taking strong action on climate change, its leader, Bill Shorten, would not say whether he would review this decision if elected, possibly fearing lost coal mining jobs and lost votes in conservative Queensland. 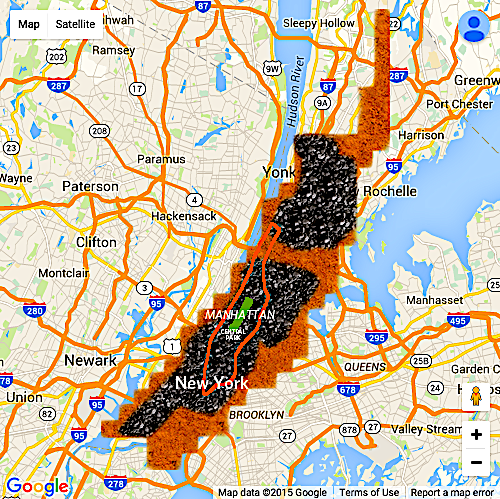 A leading Australian political journalist, Bernard Keane, reported on an unexpected far-right surge in Queensland, where the election was ultimately lost for Labor. There one in eight voters chose either the openly racist party, One Nation, or the United Australia Party, led by billionaire Clive Palmer, a man who once robbed Queensland workers of AU$7 million. (People do seem to have short memories).

Keane resisted, however, blaming the shocking results entirely on targeted scare campaigns about job losses, especially at the Adani coalmine, (despite there being more jobs available in the renewable energy sector.)

He also did not blame Labor’s defeat on fake rent increase notices, fictitious mortgage revaluation notices,a false “Death Tax, Death Tax, Death Tax” alert about a non-existent Labor policy, nor on the rest of a long list of the-biggest-fibs-of-the-election-so-far.

A Greens candidate here, an 'independent' there, it doesn't really matter as long as we get Dad elected and we can finally start pulling the strings! Plus, we've got A LOT of favours that will need cashing in

Doing so would be too simple to explain the Australian story, says Keane:

“… like U.S. progressives insisting that Trump won because of the Russians, fake news and Cambridge Analytica, attributing too much to this role obscures deeper problems with what Labor offered, even if Labor was far more engaged with the discontent of working Australians than Hillary Clinton ever was. When one in 11 Queenslanders, even now, thinks it’s OK to vote for a racist, treacherous rabble like One Nation, there’s something very crook in the political and economic system.”

Some of the deceptions and smears about Labor were initiated by Liberal candidates, but others were funded by Palmer on behalf of his party to destroy Labor’s chances in the election, win his own votes and then pass them on as party preferences to the Liberals.

“Our Shifty Shorten ads across Australia … I think have been very successful in shifting the Labor vote,” Palmer said.

There is no doubt that Morrison received the blessing of the far right parties, but to understand how that won him the election, preferential voting in Australia needs to be explained.

Stuart Rees, an emeritus professor of political economy at Sydney University, pointed to false advertising campaigns creating a culture of fear that prompted people to look after what they perceived to be their own interests. He also criticised Labor for too much detail about their policies, and not enough detail about how they would pay for them. That mistake may very well have opened the way for the Death Tax canard.

Shorten’s lack of charisma bothered Rees, who said the party was over-confident because of the opinion polls. Labor failed to tap into voters’ deep concerns about jobs, global warming, budget surpluses and taxes, he said.

“My verdict on this surprising and so disappointing result is that reforms, in particular regarding policies to address global warming, are unlikely to be addressed by a conservative Coalition,” he told Consortium News. “This spells significant dangers for the planet and for the lives of future generations.”

Julian Burnside, the 2019 Australian Green Party candidate for Kooyong in the State of Victoria, echoed Rees.

“At this critical time in our history, it is vital that the whole world rises to the challenge. The threat to our climate is far too great and too real to lose hope,” he tweeted. “I encourage you all to do what you can while you can… march with your kids in the climate rallies; talk to your doubtful friends about climate change; speak to your representative in the Parliament and ask them to act for the planet, for your kids, and for their kids.”

“Despite being in the middle of the 6th Mass Extinction, neither one of the major parties is ready to truly defy the coal lobbyists or their corporate sponsors and accept Extinction Rebellion’s 1st demand: that being to tell the public the truth of their impending extinction and declare a National Climate Emergency,” Tristan Sykes, the Extinction Rebellion state coordinator in Tasmania, told Consortium News.

“An ill-informed electorate cannot possibly vote in its own interest. Extinction Rebellion will not wait another four years hoping for a better result. We must act now to save ourselves and future generations. The only choice now is extinction or rebellion,” Sykes said.

Brenda the Disobedient Penguin, a bitter cartoon character, blamed Labor for its loss.  She declared:

“A mid-level marketing manager who was as surprised as anyone that he won! Morrison had no front bench, no policies, no record to stand on, a government defined by five years of cruelty, chaos and grift and he beat the Labor Party BY HIMSELF. ONE GRINNING PENTACOSTAL IN A BASEBALL CAP AND HE BEAT THE ALP AND THE UNION MOVEMENT ALL BY HIMSELF.*

*And the Murdoch press but people keep telling me the power of Murdoch is waning.”

Indeed it is, but few understand, including heritage media pollsters, what has taken Murdoch’s place. One possibility are political ads, which in Australia are subject to no law imposing truth in advertising. And  (thanks to mass surveillance) there is the impact of behavioural micro-targeting with segmented political messaging.

In the good old days, Australia had a media blackout of 24 hours before election day to give voters time to peruse the candidates.

Catherine Vogan is an Australian film-maker and academic at Sydney Film School. She is a contributor to Consortium News.