One of the few towering figures of our time was reduced to nothing more than a sex pest and scruffy bail-skipper, writes Jonathan Cook.

For seven years, from the moment Julian Assange sought refuge in the Ecuadorean embassy in London, they have been telling us we were wrong, that we were paranoid conspiracy theorists. We were told there was no real threat of Assange’s extradition to the United States, that it was all in our fevered imaginations.

For seven years, we have had to listen to a chorus of journalists, politicians and “experts” telling us that Assange was nothing more than a fugitive from justice, and that the British and Swedish legal systems could be relied on to handle his case in full accordance with the law. Barely a “mainstream” voice was raised in his defense in all that time.

From the moment he sought asylum, Assange was cast as an outlaw. His work as the founder of Wikileaks – a digital platform that for the first time in history gave ordinary people a glimpse into the darkest recesses of the most secure vaults in the deepest of Deep States – was erased from the record.

Assange was reduced from one of the few towering figures of our time – a man who will have a central place in history books, if we as a species live long enough to write those books – to nothing more than a sex pest, and a scruffy bail-skipper. 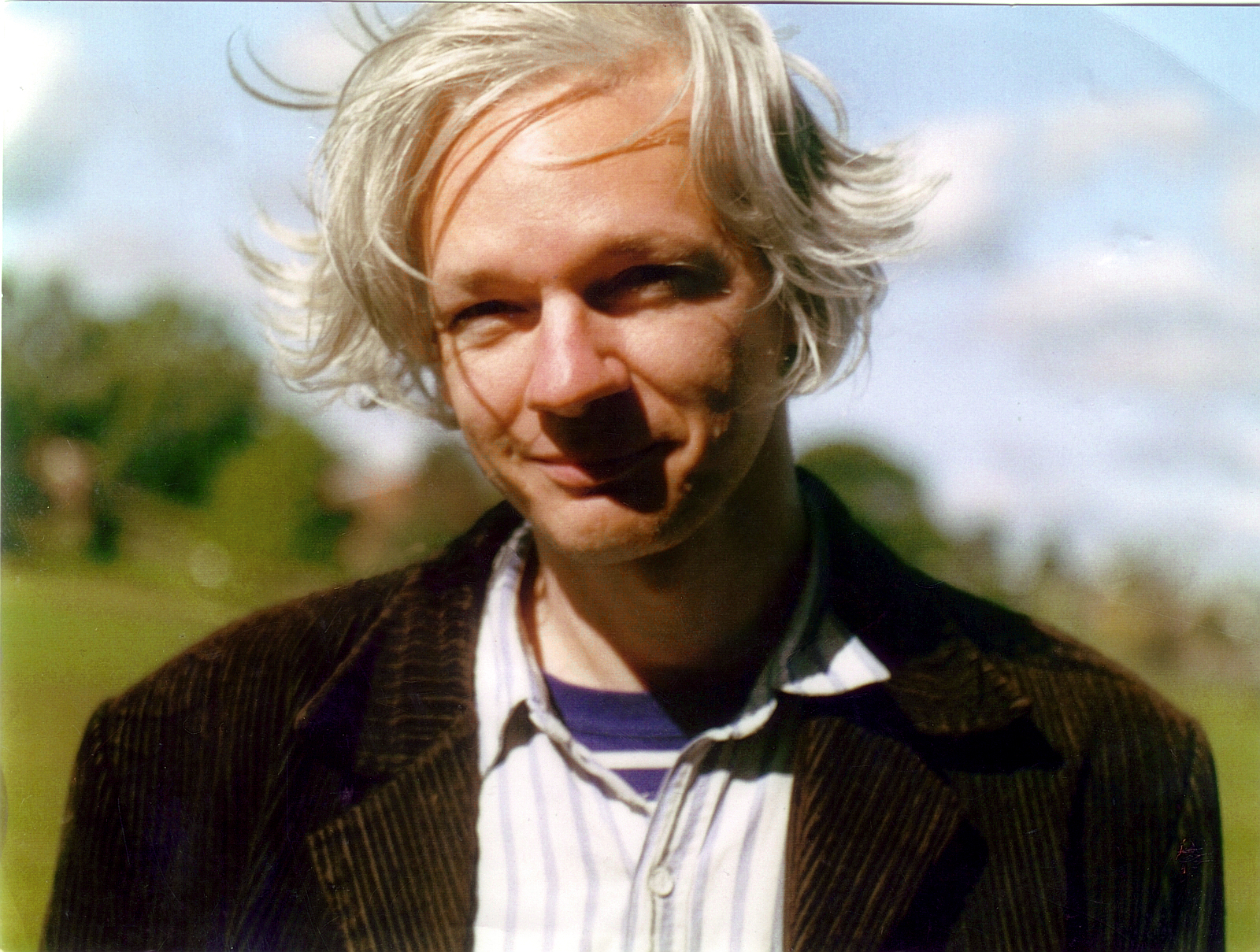 Julian Assange, in or before 2006. (Martina Haris via Wikimedia Commons)

The political and media class crafted a narrative of half-truths about the sex charges Assange was under investigation for in Sweden. They overlooked the fact that Assange had been allowed to leave Sweden by the original investigator, who dropped the charges, only for them to be revived by another investigator with a well-documented political agenda.

They failed to mention that Assange was always willing to be questioned by Swedish prosecutors in London, as had occurred in dozens of other cases involving extradition proceedings to Sweden. It was almost as if Swedish officials did not want to test the evidence they claimed to have in their possession.

The media and political courtiers endlessly emphasized Assange’s bail violation in the U.K., ignoring the fact that asylum seekers fleeing legal and political persecution don’t usually honor bail conditions imposed by the very state authorities from which they are seeking asylum.

The political and media establishment ignored the mounting evidence of a secret grand jury in Virginia formulating charges against Assange, and ridiculed Wikileaks’ concerns that the Swedish case might be cover for a more sinister attempt by the U.S. to extradite Assange and lock him away in a high-security prison, as had happened to whistleblower Chelsea Manning.

They belittled the 2016 verdict of a panel of United Nations legal scholars that the U.K. was “arbitrarily detaining” Assange. The media were more interested in the welfare of his cat. 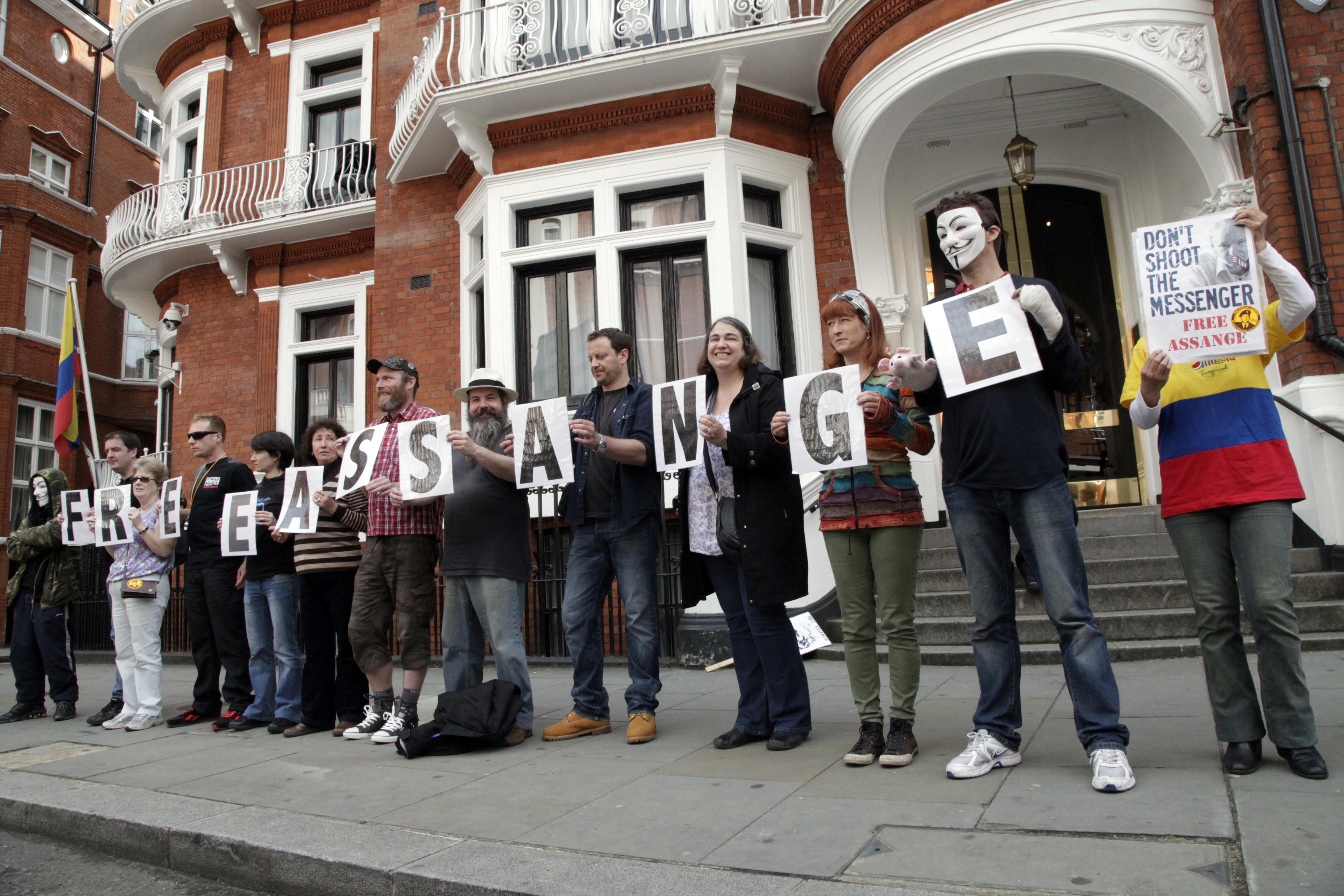 They ignored the fact that after Ecuador changed presidents – with the new one keen to win favor with Washington – Assange was placed under more and more severe forms of solitary confinement. He was denied access to visitors and basic means of communications, violating both his asylum status and his human rights, and threatening his mental and physical wellbeing.

Equally, they ignored the fact that Assange had been given diplomatic status by Ecuador, as well as Ecuadorean citizenship. Britain was obligated to allow him to leave the embassy, using his diplomatic immunity, to travel unhindered to Ecuador. No “mainstream” journalist or politician thought this significant either.

They turned a blind eye to the news that, after refusing to question Assange in the U.K., Swedish prosecutors had decided to quietly drop the case against him in 2015. Sweden had kept the decision under wraps for more than two years.

It was a freedom of information request by an ally of Assange, not a media outlet, that unearthed documents showing that Swedish investigators had, in fact, wanted to drop the case against Assange back in 2013. The UK, however, insisted that they carry on with the charade so that Assange could remain locked up. A British official emailed the Swedes: “Don’t you dare get cold feet!!!”

Most of the other documents relating to these conversations were unavailable. They had been destroyed by the U.K.’s Crown Prosecution Service in violation of protocol. But no one in the political and media establishment cared, of course.

Similarly, they ignored the fact that Assange was forced to hole up for years in the embassy, under the most intense form of house arrest, even though he no longer had a case to answer in Sweden. They told us – apparently in all seriousness – that he had to be arrested for his bail infraction, something that would normally be dealt with by a fine. 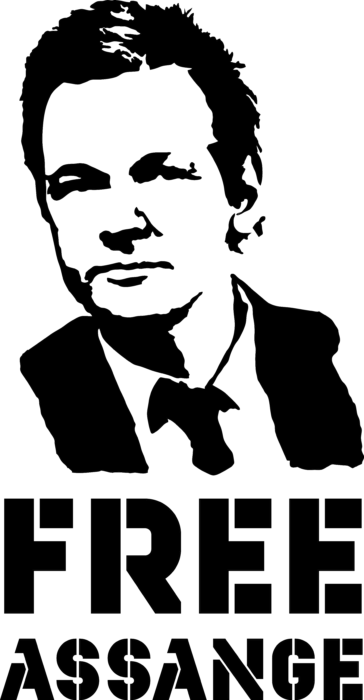 And possibly most egregiously of all, most of the media refused to acknowledge that Assange was a journalist and publisher, even though by failing to do so they exposed themselves to the future use of the same draconian sanctions should they or their publications ever need to be silenced. They signed off on the right of the U.S. authorities to seize any foreign journalist, anywhere in the world, and lock him or her out of sight. They opened the door to a new, special form of rendition for journalists.

This was never about Sweden or bail violations, or even about the discredited Russia-gate narrative, as anyone who was paying the vaguest attention should have been able to work out. It was about the U.S. Deep State doing everything in its power to crush WikiLeaks and make an example of its founder.

Now the pretense is over. The British police invaded the diplomatic territory of Ecuador – invited in by Ecuador after it tore up Assange’s asylum status – to smuggle him off to jail. Two vassal states cooperating to do the bidding of the U.S. empire. The arrest was not to help two women in Sweden or to enforce a minor bail infraction.

No, the British authorities were acting on an extradition warrant from the U.S. And the charges the U.S. authorities have concocted relate to Wikileaks’ earliest work exposing the U.S. military’s war crimes in Iraq – the stuff that we all once agreed was in the public interest, that British and U.S. media clamored to publish themselves.

Still the media and political class is turning a blind eye. Where is the outrage at the lies we have been served up for these past seven years? Where is the contrition at having been gulled for so long? Where is the fury at the most basic press freedom – the right to publish – being trashed to silence Assange? Where is the willingness finally to speak up in Assange’s defense?

It’s not there. There will be no indignation at the BBC, or the Guardian, or CNN. Just curious, impassive – even gently mocking – reporting of Assange’s fate.

And that is because these journalists, politicians and experts never really believed anything they said. They knew all along that the U.S. wanted to silence Assange and to crush Wikileaks. They knew that all along and they didn’t care. In fact, they happily conspired in paving the way for today’s kidnapping of Assange.

They did so because they are not there to represent the truth, or to stand up for ordinary people, or to protect a free press, or even to enforce the rule of law. They don’t care about any of that. They are there to protect their careers, and the system that rewards them with money and influence. They don’t want an upstart like Assange kicking over their applecart.

Now they will spin us a whole new set of deceptions and distractions about Assange to keep us anaesthetized, to keep us from being incensed as our rights are whittled away, and to prevent us from realizing that Assange’s rights and our own are indivisible. We stand or fall together.