The view is no different from how South African blacks regarded elections of whites in apartheid South Africa, writes As’ad AbuKhalil.

Israeli elections are treated by U.S. media as an American affair.  It was only after I came to the U.S. in 1983 that I realized the extent to which the American political establishment invests in Israeli elections. And with every election, the U.S. media and dominant political class pretend that if only this side wins (or that side), peace will be at hand and that a historic compromise would be achieved if only the Palestinians show some pragmatism.

U.S. administrations stay neutral toward Israeli candidates (they love them all equally) although some U.S. presidents favored some over others (Clinton favored the Labor Party and Obama favored anyone other than Benjamin Netanyahu — not that he treated Netanyahu’s government with anything but the fawning and generous treatment that Israeli leaders are accustomed to receiving from U.S. presidents).

U.S. media purposefully cover Israeli elections to excess, partly to contribute to the myth that Israel is the only democracy in the Middle East region (Cyprus is possibly the one country which deserves that label).  Lebanon has been holding elections long before Israel was (forcibly) created but its elections are scantily covered by U.S. media.

In excessively covering Israeli elections, U.S. and Western media act out of racist preferences: Israel leaders have been exclusively European immigrants (or descendants of European immigrants) and the denigration and political marginalization of Sephardic Jews don’t detract from the image of the “only democracy.” That’s not to mention the mistreatment of the Arab population, both inside the 1948 boundaries of the occupation state, as well as those who are in West Bank, Gaza or outside Palestine.

Israeli leaders visit Washington more than other Western leaders. The declared affinity and “shared values” myth between the two countries was invented to cover up the historical record of anti-Semitism inside the U.S., and to conceal U.S. complicity in the Western inaction toward the Holocaust. 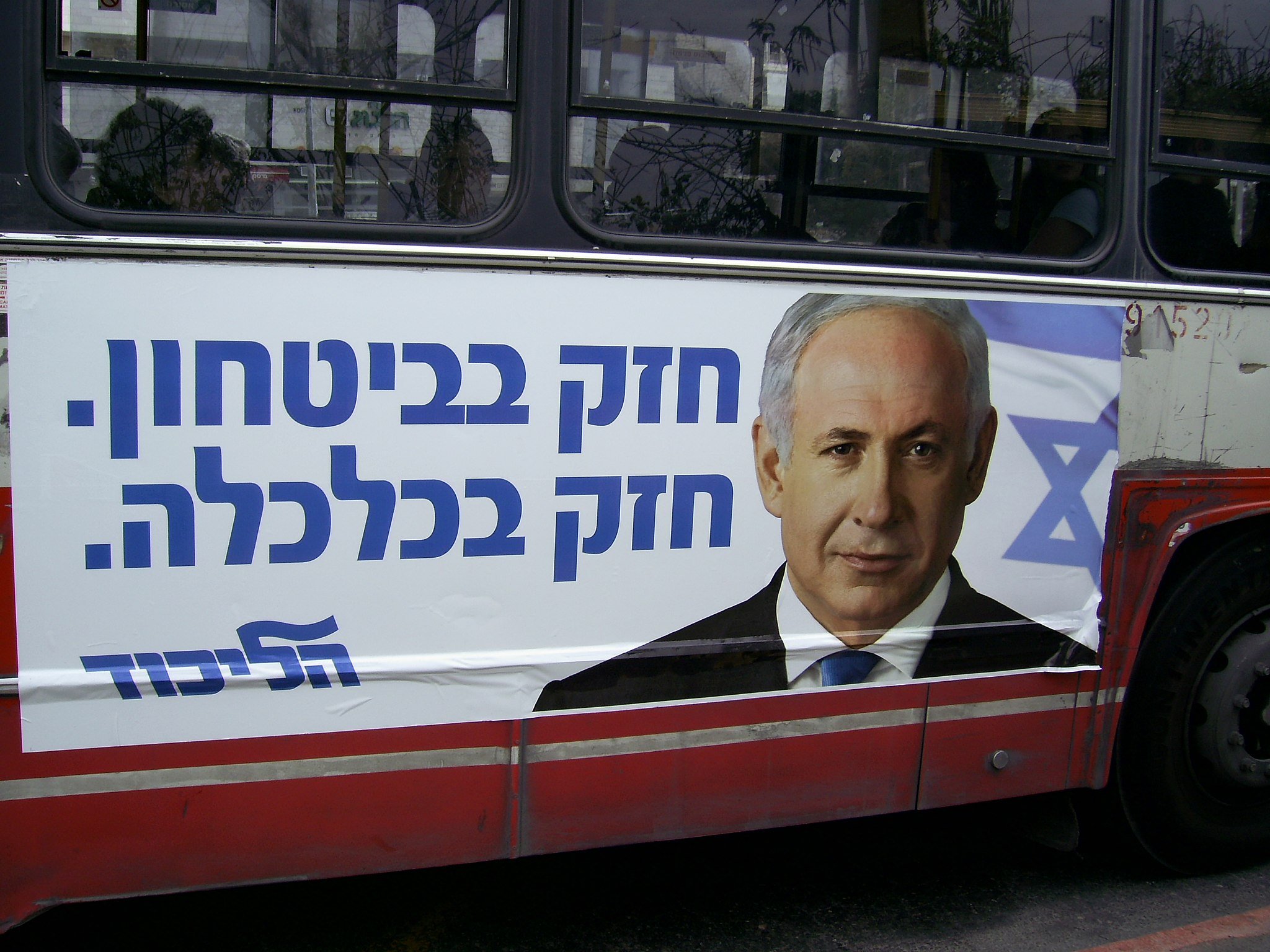 2009 campaign poster calling Netanyahu the strongest on security and the economy. (Wikimedia Commons)

Arabs’ views of the Israeli elections are no different from how South African blacks regarded elections of whites in apartheid South Africa.  Israel made sure to establish a state in which votes of non-Jews don’t count and can’t make a difference.  You can’t expel 82 percent of the native population of a country, and then call elections democratic in that country (after you rendered the natives into a small — albeit growing — segment of the voting population).  The whole idea of declaring Israel as a “Jewish state” is a juridical commitment made by the State of Israel to its Jewish supremacist origin and purpose.  It basically promises Jews of Israel that the state (through its military) won’t allow the number of non-Jews to ever reach a point in which they can count or make a difference.  Yet, they still call that system a “democracy” in the West.

Treated as a Suspect Community

The Arabs, after being expelled from their homes, and after the land was forcibly stolen from the Palestinians, were treated as a suspect community which was put under direct military rule from 1948 to 1966 (when Israel was already being referred to as “the only democracy in the Middle East.”)  Arabs needed permits to travel from one village to another and most had to register with the police station for their daily survival.  And not a single Arab poet who rose in the 1950s and 1960s (from Tawfiq Zayyad, Samah Al-Qasim, to Mahmoud Darwish) managed to write Palestinian nationalistic poetry without having to serve time in jail and suffered state harassment for his/her literary production.  That Israel is “the only democracy in the Middle East” was — and is — one of the most offensive Western political gimmicks in the eyes of Arabs.

Please make a tax-deductible donation to our Spring Fund Drive!

Some Arabs were drawn early on to communist groupings in the state, because Israeli communists were seen — not always justifiably — as the least racist within a fundamentally racist political spectrum.  Some Arabs rose within the Israeli Communist Party but increasingly Arabs realized the fundamental limitations of a state officially founded on an apartheid doctrine. Arab voter turnout was always low, but Arabs managed in the 1970s to produce their own “Arab parties and lists” although divisions and splits marred their political emergence.

The Zionist movement from its inception sought to sow discord and divisions among the Arabs, and recently declassified Israeli documents from the Labor Party archives from the 1960s confirmed those Israeli plans. They not only speak of averting the “formation of an educated class” among the Arabs but also of creating divisions among them: “We should continue to exhaust all the possibilities [inherent in] the policy of communist divisiveness that bore fruit in the past and has succeeded in creating a barrier—even at times artificial—between certain segments of the Arab population.”

Palestinians in the diaspora and Arabs at large looked with contempt and deep suspicion at Arab participation in Israeli elections and opposed Arab representation in the Knesset. Arab critics rightly pointed out that Arab participation, while failing to achieve any meaningful results for the Arab minority, merely provided an added layer in Israeli political legitimacy and propaganda.

Propaganda booths of the Israeli embassy in the U.S. often feature Arab members of the Knesset without explaining that all of them have been subjected to severe and discriminatory treatment by the state: many are often prevented from speaking, or expelled from the halls of the Knesset, or expelled outright from the Knesset. Furthermore, political participation by Arabs in the Knesset weakens the Arab case against the very legitimacy of the Israeli occupation state. 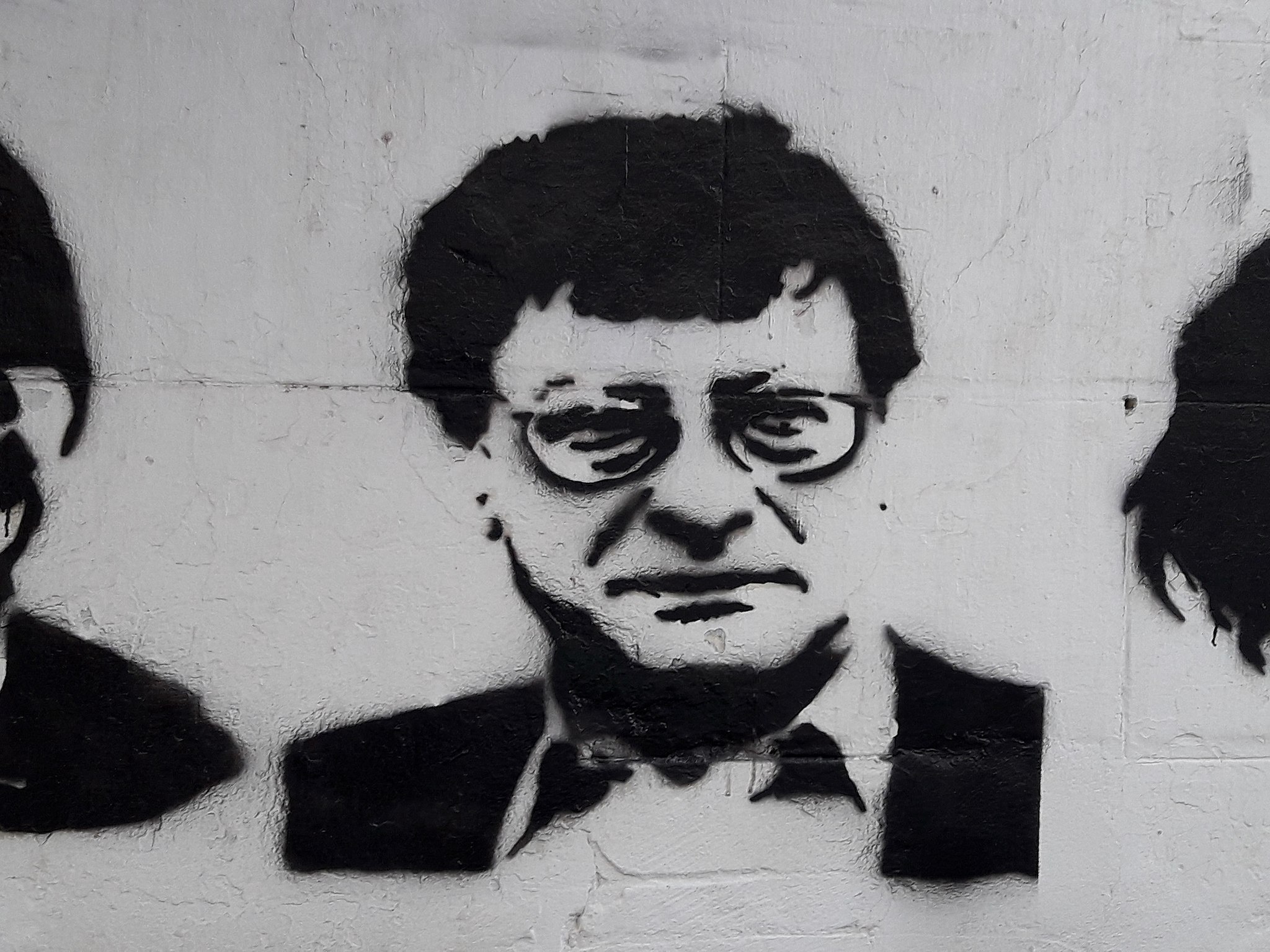 While residents of the refugee camps never distinguished between Labor or Likud, because the bombs kept falling on them whether the government belonged to the right, center, or left, PLO leadership often put too much stake in the results of the election.

By the 1970s and 1980s, the leadership of Yasser Arafat failed in mounting a successful armed resistance against Israel (because Arafat had such hopes in the U.S. “peace process,” which excluded him from the start) and failed in ending the U.S. boycott of the PLO.  In a confirmation of the bankruptcy of the leadership of the PLO, Mahmoud Abbas (who was an advisor to Arafat on Israeli affairs) persuaded Arafat that change would come from Israel provided the Labor Party stayed in power.  PLO offices around the world (especially in Paris) used to open champagne bottles when Labor won over Likud.  They had no other course of action except to rely on their enemy to deliver liberation for them.

Not much will change in Israel after this election.  The racism, aggressiveness and contempt for the native population are beliefs that are shared across the Israeli political spectrum. It is not that there is new racism in Israel: the new racism is the old Labor Party racism but without the camouflage and layers of concealment.

The entire political spectrum of Israel keeps moving further to the right, but occupation and apartheid were planted by the Zionist left in Israel.  The notion that Israel is changing (toward racism and exclusiveness) is a myth planted by those who believed all along that there was a “peace camp” in Israel.  The political debate between Netanyahu and his opponents shows that both sides competed in demonstrating hostility and aggression toward Arabs. Gen. Benny Gantz, who ran against Netanyahu this time, bragged about the number of Palestinians he managed to kill in Gaza in 2014, when the overwhelming majority of the casualties were civilians.

Israel will not change on its own, but will be forced to change with a change in the regional balance of forces and the steadfastness of the Palestinian population.  More people are disqualified from voting in historic Palestine than those who are enfranchised (largely the Jewish population, including any Jewish person as soon as he or she comes to Israel from anywhere in the world).  Palestinians who were born in 1948 Palestine and who left homes and orchards behind were shot at the border if they ever tried to return.  The state that killed, displaced, and prevented the return of the natives can’t be said to be democratic, even if the majority Jewish population are permitted to select who among them should lead the apartheid state.

If you value this original article, please consider making a donation to Consortium News so we can bring you more stories like this one. Please give to our spring fund drive, by clicking Donate.

16 comments for “THE ANGRY ARAB: How Arabs Watch Israeli Elections”