The Iraq wars and their consequences have been callous, bipartisan campaigns that have profoundly altered Arabs’ views of the United States, says As’ad AbuKhalil.

It has been sixteen years since the U.S. invasion of Iraq of 2003. The event barely gets a mention in the U.S. press or is any longer part of American consciousness. Iraq remains a faraway land for most Americans and the remembrance of the Iraq war is only discussed from the standpoint of U.S. strategic blunders. Little attention is paid to the suffering and humiliation of the Iraqi people by the American war apparatus. Wars for Americans are measured in U.S. dollars and American blood: suffering of the natives is not registered in war metrics.

The Iraq calamity is not an issue that can be dismissively blamed on George W. Bush alone. For most Democrats, it is too easy to blame the war on that one man. In reality, the Iraq war and its consequences have been a callous bipartisan campaign which had begun in the administration of George HW Bush and Bill Clinton after him. The war and the tight, inhumane sanctions established a record of punishment of civilians, or the use of civilians as tools of U.S. pressure on foreign governments, which became a staple of U.S. foreign policy.

For the Arab people, the successive wars on Iraq—and the sanctions should be counted as part of the cruel war effort of the U.S. and its allies—changed forever the structure of the Middle East regional system. The wars established a direct U.S. occupation of Arab lands and it reversed the trend since WWII whereby the U.S. settled for control and hegemony, but without the direct occupation. (The U.S. only left the Philippines because Japan had awarded independence to the country during the war, long after the U.S. failed to deliver on promises of independence).

Washington succeeded in the political arrangement designed by the Bush-Baker team to create an unannounced alliance between the Israeli occupation state and the reactionary Arab regime system, which included the Syrian regime, Egypt, Jordan, Morocco, and Gulf states in the same sphere. This arrangement served to oppress the Arab population and to prevent political protests from disrupting U.S. military and political plans, and to ensure the survival of the oppressive regimes who are willing to cooperate with the U.S. The Syrian regime, which cooperated with Washington in the 1991 Iraq war was even rewarded with control of Lebanon. 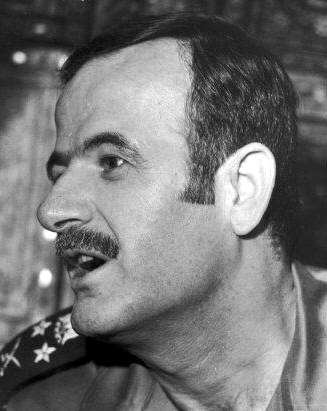 But the war on Iraq altered the regional structure of regimes. They were no more split into progressive and reactionary. Syria in the past was associated with the ”rejectionist stance,” even though the Syrian regime never joined the ”Rejectionist Front” of the 1970s led by Saddam Hussein, the arch enemy of Syrian leader Hafidh Al-Asad.

It was no coincidence that the U.S. invaded Iraq and expelled Saddam’s army from Kuwait in the wake of the end of the Soviet Union. The U.S. wanted to assert the new rules just as it asserted the new rules of Middle East politics after WWII when it signaled to Britain in 1956 in Suez that it is the U.S. and not Europe which now controls the Middle East region. Similarly, the Iraq war of 1991 was an opportunity for the U.S. to impose its hegemony directly and without fears of escalation in super power conflict.

The U.S. did not need direct control or colonization after after WWII, with the exception of oil-rich Gulf region. (Historian Daniel Immerwahr makes that argument persuasively in his brand new book, “How to Hide and Empire: A History of the Greater United States.”) After the 1973 oil embargo on Western countries because of U.S. support for Israel in that year’s war, the U.S. military had plans on the books for the seizure of Gulf Arab oil fields. But the significance of oil has diminished over the decade especially as fracking has allowed the U.S. to export more oil than it imports.

Furthermore, the previous reluctance of Gulf leaders to host U.S. troops evaporated with the 1991 war.

But the memory of that first Iraq war remains deep in the Arab memory. Here was a flagrant direct military intervention which relied for its promotion on a mix of lies and fabrications. The U.S. wanted to oppose dictatorship while its intervention relied on the assistance of brutal dictators and its whole campaign was to—in name at least—to restore a polygamous Emir to his throne.

The U.S. also bought about official Arab League abandonment of Israel’s boycott, which had been in place since the founding of the state of Israel. As a reward for U.S. convening of the Madrid conference in 1991, Arab despots abandoned the boycott in the hope that Washington would settle the Palestinian problem one way or another. Yet, the precedent of deploying massive U.S. troops in the region was established and the U.S. quickly made it clear that it was not leaving the region anytime soon. Regimes that wanted U.S. protection were more than eager to pay for large-scale U.S. military bases to host U.S. troops and intelligence services. But that war in 1991 was not the only Iraq war; in fact, Washington was also complicit in the 1980-1988 Iraq-Iran war, when it did its best to prolong the conflict, resulting in the deaths of some half million Iraqis and Iranians. 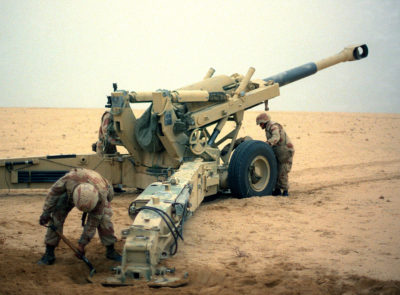 The invasion of Iraq in 2003 was not about finishing an unfinished business by son toward his father. It certainly was not about finding and destroying WMDs. And no one believed that this was about democracy or freedom. The quick victory in the war of Afghanistan created wild delusions for the U.S. war machine. Bush and his lieutenants were under the impression that wars in the region could be fought and won quickly and on the cheap. The rhetoric of “the axis-of-evil” was a message from the U.S. to all its enemies that the U.S. would dominate the region and would overthrow the few regimes which are not in its camp. The quick “victory” in Kabul was illusory about what had just happened in Afghanistan. Seventeen years later the U.S. is now begging the Taliban—which it had gone to war to overthrow—to return to power to end the agony for U.S. troops and for U.S. puppets in the country who are terrified of the prospect of a country free of U.S. occupation.

Iraq created new images of the U.S.: from Abu Ghraib to the wanton shooting at civilians by U.S. troops or by contractors, to the installation of a puppet government and the issuance of capitalistic decrees and laws to prevent the Iraqi government from ever filing war crime charges against the occupiers. Arabs and Muslims developed new reasons to detest the U.S.: it is not only about Israel anymore but about the U.S. sponsorship of a corrupt and despotic regional order. It is also about Arabs witnessing first hand the callous and reckless forms of U.S. warfare in the region. Policy makers, think tank experts, and journalists in DC may debate the technical aspects of the war and the cost incurred by the U.S.. But for the natives, counting the dead and holding the killers responsible remains the priority. And the carnage caused by ISIS and its affiliates in several Arab countries is also blamed—and rightly so—on U.S. military intervention in the Middle East.

As’ad AbuKhalil is a Lebanese-American professor of political science atCalifornia State University, Stanislaus. He is the author of the “Historical Dictionary of Lebanon” (1998), “Bin Laden, Islam and America’s New War on Terrorism (2002), and “The Battle for Saudi Arabia” (2004). He tweets as @asadabukhalil

← Anti-Semitism and Double Standards
Consortium News’ Record on Russia-gate—How CN Covered the ‘Scandal’: No. 2—‘The Lost Journalistic Standards of Russia-gate’ →

21 comments for “ANGRY ARAB: Memories and Omissions of the Iraq Wars”