Even a labor group currently at odds with Caracas opposes foreign interference in the matter of the presidency, reports Ivar Andersen.

More than 60 countries have recognized Juan Guaidó as legitimate interim president. But among international trade unions, support for Venezuelan self-determination is resolute.

On Jan. 23, the leader of the National Assembly, Juan Guaidó, declared himself interim president of Venezuela. His claim on the presidency was immediately recognized by the United States which, through Secretary of State Mike Pompeo, called for the world to “pick a side.”

On Feb. 4, Sweden joined the U.S. side. “Sweden supports and acknowledges Juan Guaidó as the leader of the National Assembly and, in accordance with the country’s constitution, his attempts to serve as interim President of Venezuela, now responsible for making sure free and fair democratic elections will be called,” Margot Wallström, minister for foreign affairs said, in a statement that stressed the importance of solving the crisis peacefully.

The international trade union movement has chosen a different approach. On the same day as Guaidó declared himself president, the Trade Union Confederation of the Americas released a harsh statement: 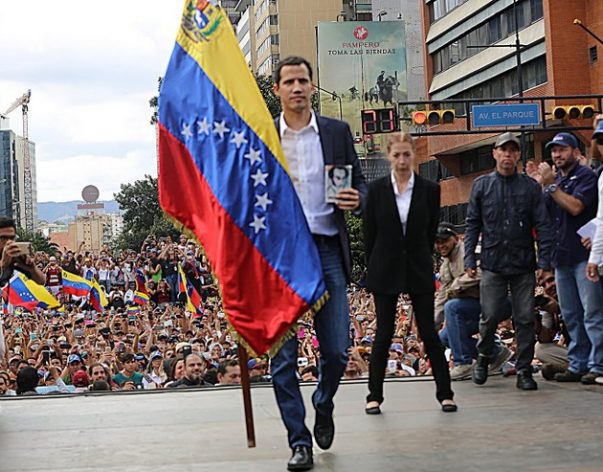 “We condemn the unilateral decision adopted today, January 23, by a group of governments of the region, notably led by the USA, to ignore the legitimacy of the government of President Maduro and to recognize the self-proclaimed ’president of the transition’, representative Juan Guaidó.”

The Trade Union Confederation of the Americas is calling upon the government of Venezuela and the opposition to seek out dialog, and for the international community to support this, but also calls the support for Guaidó “a grave act of interference and intervention in the internal affairs of a sovereign country, setting back the region to times we thought belonged to the past, in which coups d’état and military dictatorships were instigated.”

Many national trade union confederations have taken the same position. South Africa’s largest confederations, Cosatu and Saftu, condemn what they both call a “coup attempt.”

Trade unions in Canada are protesting the government’s decision to recognize Guaidó. The trade union confederation CLC writes that it supports “the Venezuelan people’s right to peaceful self-determination.”

The global union IndustriALL condemns the acknowledgement of Guaidó and “also rejects the external boycott, which has clear political and economic motives that violate Venezuela’s sovereignty.”

On May 20, 2018, the sitting president of Venezuela, Nicolás Maduro, was reelected for a second, six-year term. The EU and the United States, as well as associations like OAS and the Lima Group, rejected the election process.
In a statement on May 28, the Council of the European Union wrote: “The substantially reduced electoral calendar, bans and other major obstacles to the participation of opposition political parties and their leaders, as well as the non-respect of minimal democratic standards as indicated by numerous reported irregularities, notably the widespread abuse of state resources, voter coercion and unbalanced access to media, led to these elections being neither free nor fair.”
The election result was recognized by some countries, including China, South Africa, Cuba, Iran, Syria, and Turkey.
The voter turnout was 46 percent, the lowest since the fall of the military dictatorship in 1958. 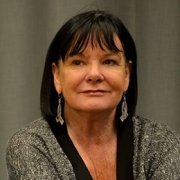 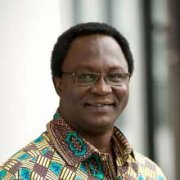 The relationship between the International Trade Union Confederation (ITUC) and Venezuela has been tense for some time, due to the fact that the country’s leadership doesn’t acknowledge ITUC’s affiliate ASI. But the ITUC also opposes foreign interference in the matter of the presidency.

“Concerning the presidency of Venezuela, that is a matter for the people of Venezuela to decide, not any other entity outside of the country,” ITUC’s Director of Communications Tim Noonan told  Arbetet Global.

The ITUC also refers to its statement on Venezuela, which was adopted by the organization’s world congress in December last year, before Guaidó’s challenge.

“The ITUC supports its affiliates in Venezuela in their struggle to strengthen democracy and dialogue, and the workers and people of Venezuela in dealing with the enormous difficulties that they are experiencing due to the economic blockade imposed on Venezuela.”

The Swedish Trade Union Confederation, LO, is in favor of humanitarian aid and UN-led reconciliation efforts. The international department stresses that the LO does not take sides in the question of the presidency, but does take a swing at foreign involvement.

“The unstable political situation is worsened by superpowers like China, the United States, and Russia trying to manoeuvre the political map,” says Åsa Törnlund, union officer responsible for South America.

This story was originally published by Arbetet Global