Chelsea Manning has done a great service in finally stripping away the last vestige of excuse from the figures who refuse to support Julian Assange, says Craig Murray.

On International Women’s Day on March 8 Chelsea Manning was imprisoned yet again, this time for refusing to testify against Julian Assange before a Grand Jury. Chelsea has already suffered over seven years of total imprisonment – no American had ever previously spent more than three years in jail for releasing government secrets to the public, in a land which had historically valued free speech.

I am in awe of Chelsea’s courage in refusing to testify, and shocked at a system that imprisons somebody for contempt of court for maintaining dignified silence.

Chelsea has also done a great service in finally stripping away the last vestige of excuse from the figures who refuse to support Julian Assange, pretending that they do not believe he faces extradition to the United States, and that the legal issue is not about Wkileaks’ right to publish.

The potential charges in Sweden – always based on quite ludicrous accusations – were dropped years ago after he was finally interviewed in the Ecuadorean Embassy by Swedish police and prosecutors, and it became very plain indeed there was no viable case against him. 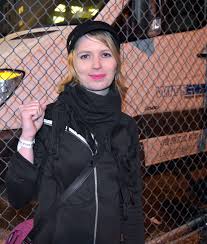 Chelsea has gone to prison for refusing to participate in the prosecution of Wikileaks for publishing materials that revealed war crimes in the American occupation of Iraq and Afghanistan. Chelsea is a whistlebower, not a publisher. Assange is a pubisher, not a whistleblower. If Assange can be prosecuted for publishing official secrets, then so can every newspaper editor or television editor involved in the receipt of whistleblower material.

There is a massive, a fundamental, media freedom issue at stake here. Even so, the MSM in the UK do not even have the guts to state the truth about what causes Julian to be confined to the Ecuadorean Embassy, let alone to support his right to publish.

Nazanin Zaghari Ratcliffe is in jail in Iran for spying for the British. She is certainly not an MI6 officer, and I can’t see that she would have sufficient access to information to make her of much use as an agent (as MI6 calls its informants). That she was involved in training Iranian journalists or citizen journalists in ways the Iranian government did not like is much more probable, but does not amount to espionage. Even if she were some kind of low level informant to MI6 (which I doubt), the Iranian authorities have sufficiently made their point and it is time to let her go.

The British government’s attitude to this case has been particularly interesting and extremely unusual. I cannot criticise them for the things they have done, because they are the things I used to get frustrated with them for never doing. But their handling of this case is truly out of the ordinary.

The UK allows dual citizenship. It has been longstanding Foreign Office policy that the UK does not give consular protection to UK dual nationals in the country where they are also a national. If the other state does not allow dual citizenship, it might not recognise any British standing in the matter. But there is another compelling reason for the standard policy of not assisting in these circumstances.

When working in Embassies, I used to get infuriated by cases where I wished to help people but was not allowed to, because they were dual citizens. It was explained to me, that if in Nigeria alone we accepted as consular cases all the British/Nigerian dual nationals in Nigerian jails, that would already double the FCO’s entire consular caseload worldwide. To accept dual nationals as consular cases everywhere in their other homeland would increase consular work by a large multiple and require a very large increase in FCO resources.

I nevertheless always felt we could do more. That the British government had, prior to yesterday, already done so much to try to help Nazanin Zagahari Ratcliffe, even though she was an Iranian dual national in Iran, was already extremely unusual. That the UK has now “adopted” the case, raising it to the level of a state dispute, is something not just unusual, but which I don’t think has happened since the First World War. Please note this is not the same process as granting Zaghari Ratcliffe herself diplomatic status, which has not been done. 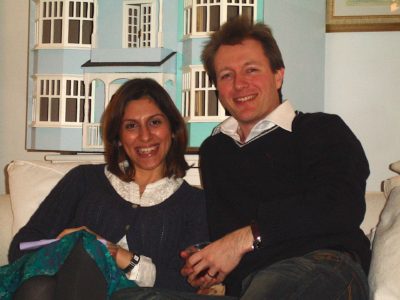 Again, I can’t criticise the FCO for this, because adoption is something I had urged them to do in a past case while I was on the inside, (shout out to my friend John Carmichael), again being told by the FCO it was not possible as we never do it.

Whether the move is effective or wise in this case, is quite another question. It seems to me likely the Iranians will take it as confirmation that she is a spy. I would urge the Iranian government to take this course; they should now declare the the adoption of the case as a state dispute proves that Zaghari Ratcliffe is a spy, and having been proven right before the world, they will let her go as an example of mercy and compassion.

There are two fundamental points here. The first is that Iran has been subjected for years to crippling sanctions and an international campaign of hate spread by western government propaganda and their MSM. Western governments have aligned themselves with Saudi and Israeli sponsored brutal proxy wars against Shia communities across the Middle East, which look to Iran for protection. If the Iranian government is defensive and suspicious, is that really surprising? The week after the British government declared Hezbollah, the political and security organisation of Lebanese Shias, to be nothing but a terrorist organisation, do the Tories really think the Iranians will be looking kindly on them and their demands over Zaghari Ratcliffe?

The second point is that the entire purpose of the state “adopting” a case, is to make available the dispute resolution mechanisms which operate between states. But the UK only a few days ago repudiated the International Court of Justice, the final arbiter of such disputes, over the Chagos Islands. As the UK shows total contempt for international law, this attempt to access its remedies will be met with derision by the wider international community.

Craig Murray is an author, broadcaster and human rights activist. He was British Ambassador to Uzbekistan from August 2002 to October 2004 and Rector of the University of Dundee from 2007 to 2010.

← Joe Biden on the Relaunch Pad
THE ANGRY ARAB: Why Ilhan Omar is a Dangerous Woman for the US →

14 comments for “A Tale of Two Incarcerated Women”