In the 2020 race it’s the reflexive corporate media spin against the candidate, writes Norman Solomon.

Some people are attached to the idea that the Democratic National Committee will “rig” the presidential nomination against Bernie Sanders. The meme encourages the belief that the Bernie 2020 campaign is futile because of powerful corporate Democrats. But such fatalism should be discarded.

As Frederick Douglass said, “Power concedes nothing without a demand. It never did and it never will.” Of course, top Democratic Party officials don’t intend to give up control. It has to be taken from them. And the conditions for doing that are now more favorable than ever.

The effects of mobilized demands for change in the Democratic presidential nominating process have been major — not out of the goodness of any power broker’s heart, but because progressives have organized effectively ,during the last two years.

“I think I will not shock anybody to suggest that the DNC was not quite evenhanded” during the 2016 race, Sanders said last week on CNN. “I think we have come a long way since then, and I fully expect to be treated quite as well as anybody else.”

One big factor: This time, no candidate can gain frontrunner leverage with superdelegates the way Hillary Clinton did early in the race. Last August, under grassroots pressure, the DNC voted to abolish superdelegates’ votes at the Democratic National Convention for the first ballot of the nominating process. There hasn’t been a second ballot since 1952.

While ill-founded, the line that “the DNC will rig 2020” is apt to have perverse impacts. No doubt sincerely believed by some, the outdated notion serves to demoralize and de-energize.

Is the Bernie 2020 campaign facing a steep uphill climb? Of course it is. Are powerful forces arrayed to crush it? Absolutely.

But let’s be clear. The huge obstacle ahead is not the DNC — it’s the mass media. The corporate-owned and corporate-advertiser-funded media of this country are the biggest barriers between Bernie Sanders and the Oval Office.

Often functioning as propaganda outlets, the major news media serve as an amplification system for corporate power that has long shielded the Democratic Party from the combined “threats” of social movements and progressive populist candidates. The synergies of momentum from the left — outside and inside of electoral arenas — are continuing to accelerate. 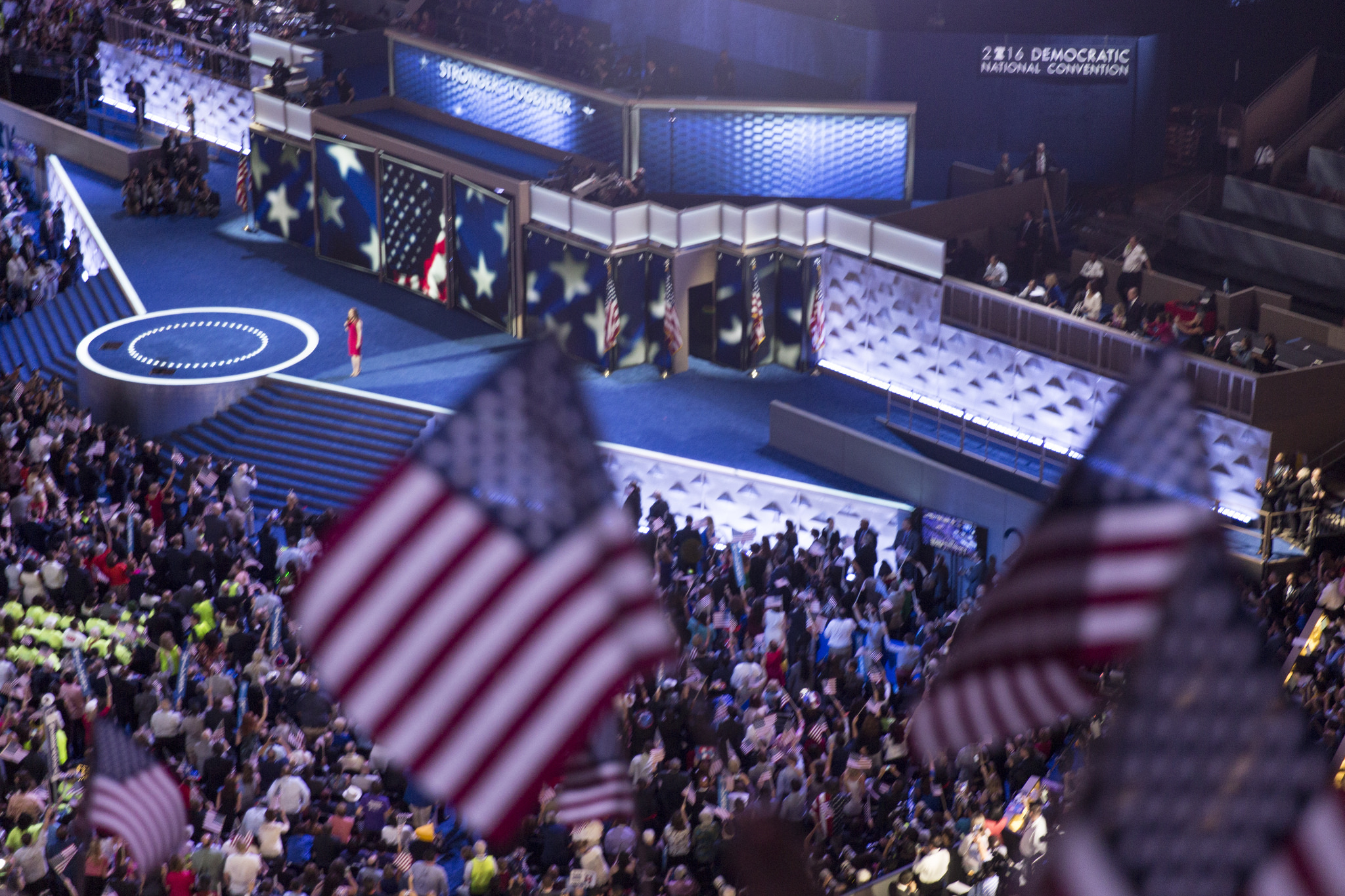 It’s crucial that progressives develop more effective challenges to the media serving the predatory big-money system. More than any other force, reflexive spin from corporate media stands between us and a Bernie Sanders presidency.

In sharp contrast to campaigns with enormous budgets for Astroturf, the first Sanders presidential campaign was able to effectively defy the conventional wisdom and overall power structure by inspiring and mobilizing at the grassroots. His campaign was – and is — antithetical to the politics of corporate media.

Two examples of news coverage, exactly three years apart, indicate what the Bernie 2020 campaign will be up against. In early March 2016, at a pivotal moment during the primary campaign, FAIR analyst Adam Johnson documented that the Washington Post “ran 16 negative stories on Bernie Sanders in 16 hours . . . a window that includes the crucial Democratic debate in Flint, Michigan, and the next morning’s spin.”

Days ago, when Sanders launched his campaign with a big rally in Brooklyn, the MSNBC coverage was so slanted that an assessment from Glenn Greenwald appeared under the headline “MSNBC Yet Again Broadcasts Blatant Lies, This Time About Bernie Sanders’ Opening Speech, and Refuses to Correct Them.”

Greenwald’s critique of MSNBC focused on flagrantly inaccurate anti-Sanders commentary from a former Hillary Clinton aide that immediately followed the senator’s Brooklyn speech. No Sanders supporter was included in the discussion. The coverage prompted an email from FAIR founder (and my colleague) Jeff Cohen to an MSNBC vice president: “You have no trouble finding hardcore Clintonite Bernie-bashers; please offer some balance in your analysts. In today’s Democratic Party, there’s clearly more sympathy for Bernie than the Clintons — but not on MSNBC.”

It’s worth noting that the Post is owned by the world’s richest person, Jeff Bezos, while MSNBC is owned by Comcast, “the world’s largest entertainment company.”

To counteract the media propaganda arsenal now in place, we should fully recognize that arsenal as the main weaponry that corporate power will deploy against the Bernie 2020 campaign. We must confront those corporate media forces while vastly strengthening independent progressive media work of all kinds.

← Eric Hobsbawm, the Joy of History and All That Jazz
Anti-Semitism vs. Anti-Zionism in France →