A quintessential DC insider is likely going to jail on a minor charge and it’s good he’s not getting away with it, says John Kiriakou.

Federal prosecutors last month stepped up their investigation of Washington super-lawyer Greg Craig in what they called an “off-shoot” of the Paul Manafort investigation. The accusation against Craig was that he failed to register as a lobbyist for work he did on behalf of the Ukrainian government in 2012. His former firm, the internationally-renowned Skadden Arps, reached a $4.6 million settlement with prosecutors, but Craig may still face charges.

The accusation that Craig violated FARA, or the Foreign Agent Registration Act, isn’t a big deal in the greater scheme of things. It means he did some work for a foreign government and didn’t fill out the necessary Justice Department paperwork. He’s also accused of making false and misleading statements to the department’s FARA unit.

More importantly, it points to the impunity with which Washington big-shots normally operate. Manafort thought he was untouchable because he was the great Republican strategist, the legendary co-founder of Black, Manafort, and Stone, the most important Republican political operatives of the 1980s and 1990s. Craig is the same. He was Barack Obama’s White House counsel. And he’s former Secretary of State John Kerry’s best friend. Like Manafort (and the Podestas, Hillary Clinton, John Edwards and a host of other big muckety mucks) he thought he was above the law. 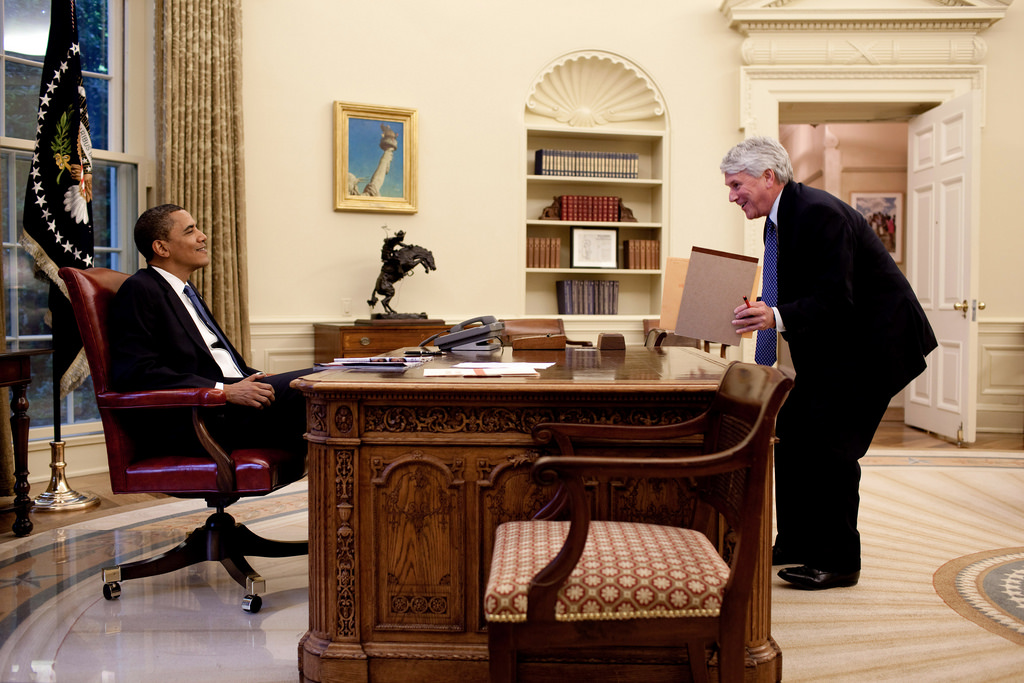 Craig has made a career of being the go-to guy for Democrats, and especially for Democrats in trouble. First of all, the guy is crazy smart. He got a bachelor’s from Harvard, graduating Phi Beta Kappa. He earned a master’s from Cambridge and did his law degree at Yale. It was there that he was a classmate of Bill and Hillary Clinton. His career was made before he finished his education.

After graduation, Craig joined the Washington law firm of Williams and Connolly, one of the biggest and most important legal players in the capital.  He took time off to be director of policy planning in the Clinton State Department and to serve as general counsel to Senator Ted Kennedy (D-Mass.)

Craig was one of five attorneys who defended Clinton during his impeachment hearings and was the legal team’s overall coordinator. When he returned to Williams and Connolly in 2000, he represented a myriad of high profile people from the father of Elian Gonzalez, the child who was eventually returned to Cuba after being brought to the U.S. by his mother, who drowned on the way; to Richard Helms, the former CIA director who lied to Congress about CIA involvement in the overthrow of Chilean President Salvador Allende. Craig even represented former Panamanian dictator Manuel Noriega.

It was this pedigree that landed Craig back in the White House as Obama’s general counsel. When he left the White House for the second time he cashed in on his experience. Who wouldn’t, especially in Washington? And his reputation was fearsome.

I had my own brush with Craig in 2011 when I was working for John Kerry on the Senate Foreign Relations Committee staff. I had done the initial legwork on an investigative report on poverty in Haiti. I concluded that the country’s seven largest merchant families, all of whom happened to be white, had conspired to keep the citizenry in poverty because Haitian goods, especially textiles, were so cheap that any price inflation only further enriched the merchant families.

I sent the initial draft of the report to Kerry, who killed it on the spot. Why? I asked. The answer was clear. “Because Greg Craig represents those families and he’s my best friend.” The report was never published. Collecting riches on the backs of the oppressed wasn’t important to John Kerry. Offending or alienating one of the most powerful men in Washington was.

Craig finally got himself into some trouble in 2012, when he bit off more than he could chew in Ukraine. He worked on an investigation commissioned by President Viktor Yanukovich (later overthrown with U.S. support in 2014) to conduct an investigation of Yanukovich’s political enemy, former Prime Minister Yulia Tymoshenko, who narrowly lost the 2010 presidential election to Yanukovich. Yanukovich eventually arrested and charged Tymoshenko with corruption and abuse of power and she was sent to prison. (Tymoshenko had been a leader of the U.S.-backed Orange Revolution that overturned Yanukovich’s 2004 election.)

Craig worked on a written report, paid for by Yanuklovych, justifying her arrest. Craig concluded that, while Tymoshenko had been denied access to legal counsel at critical parts of her trial, the evidence against her was solid, and her conviction should be sustained. The human rights community was outraged, calling it a “whitewash.” 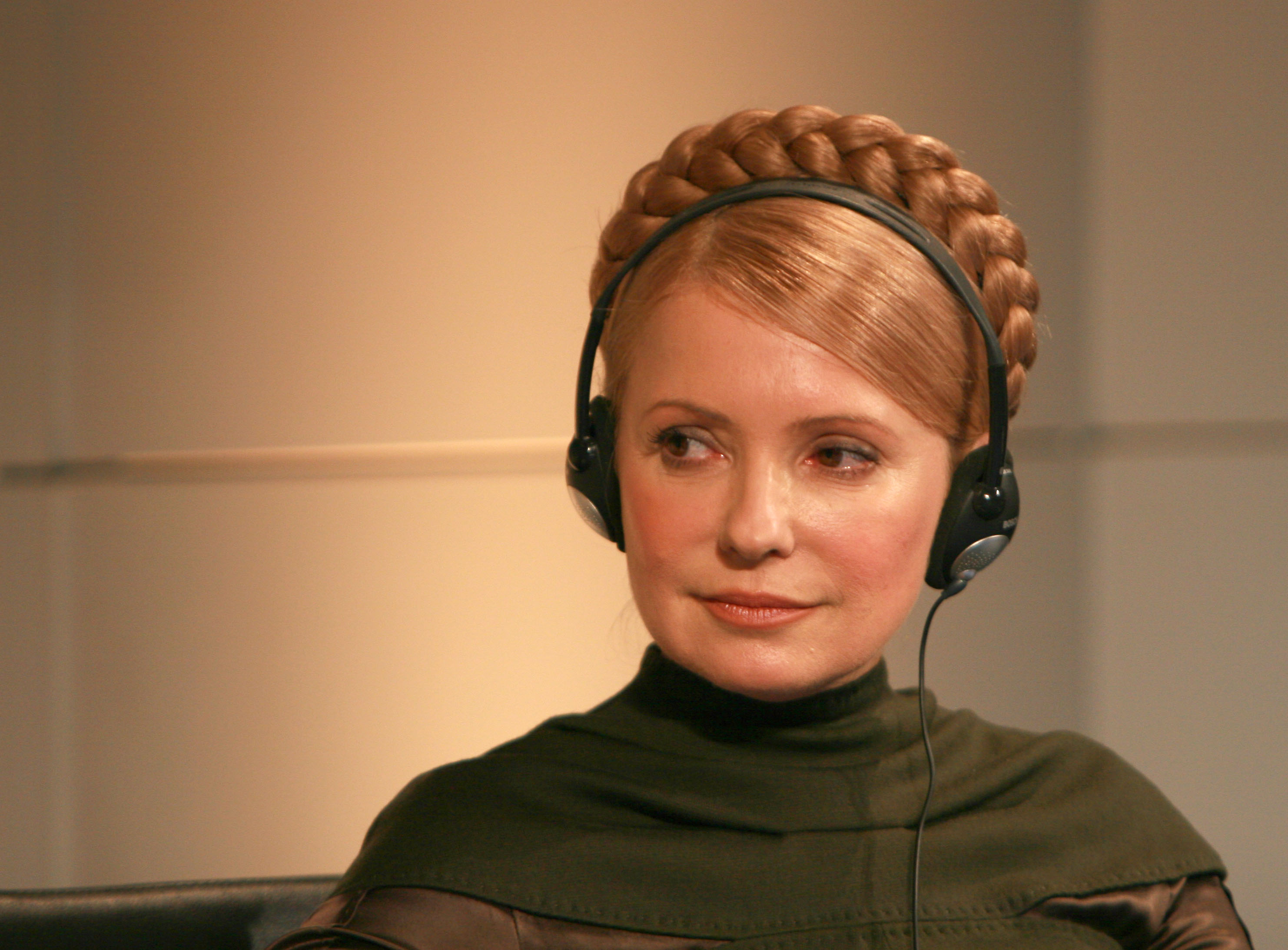 Tymoshenko in 2009. Craig worked for her enemy. (Wikipedia)

Yanukovich had paid Paul Manafort $4 million for the report. It’s unclear how much of that made it to Craig, but the payoff was thought to be substantial. Craig was asked to leave Skadden Arps when one of the attorneys under his supervision, Alex van der Zwaan, was charged with lying to the FBI about the report and about the firm’s relationship with the Ukrainian government.

I don’t mean for this to sound like gloating, but I’m glad that Craig, Manafort, and others are taking it on the chin in the Mueller investigation. It’s about time. Why should the rest of us have to follow the rules if the special people in Washington don’t? Why are so many prosecutions so selective? Justice is supposed to be blind. Maybe in this case that will be true. Sure, Craig just forgot to fill out a form. But tough luck. That’s the law.

Mueller shouldn’t be blamed for focusing on something minor. If there is going to be criticism, it should be leveled at Congress, which has made us one of the most over-criminalized and over-regulated countries on the planet. Why pass a law if it’s not going to be respected or prosecuted?

Greg Craig is probably not going to go to prison for failing to register. But he is going to be knocked down a peg or two. It’s symbolic. But it’s good for the country.

44 comments for “JOHN KIRIAKOU: Washington Insider Taken Down a Peg”