A CNN star reporter should not be shocked to learn that U.S. allies are consorting with Yemeni terrorists, writes Daniel Lazare.

A recent CNN report about U.S. military materiel finding its way into Al Qaeda hands in Yemen might have been a valuable addition to Americans’ knowledge of terrorism.

“It’s absolutely incredible,” she says.  “And this is not under the control of [Saudi-led] coalition forces.  This is in the command of militias, which is expressly forbidden by the arms sales agreements with the U.S.” 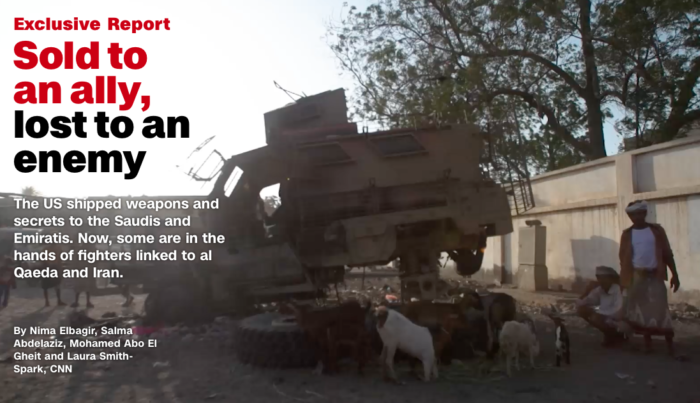 “That’s just the tip of the iceberg,” she adds.  “CNN was told by coalition sources that a deadlier U.S. weapons system, the TOW missile, was airdropped in 2015 by Saudi Arabia to Yemeni fighters, an air drop that was proudly proclaimed across Saudi backed media channels.”  The TOWs were dropped into Al Qaeda-controlled territory, according to CNN.  But when Elbagir tries to find out more, the local coalition-backed government chases her and her crew out of town.

U.S.-made TOWs in the hands of Al Qaeda?  Elbagir is an effective on-screen presence.  But this is an old story, which the cable network has long soft-pedaled.

In the early days of the Syrian War, Western media was reluctant to acknowledge that the forces arrayed against the Assad regime included Al Qaeda. In those days, the opposition was widely portrayed as a belated ripple effect of the Arab Spring pro-democracy uprisings elsewhere in the region.

However, in April-May 2015, right around the time that the Saudis were air-dropping TOWs into Yemen, they were also supplying the same optically-guided, high-tech missiles to pro-Al Qaeda forces in Syria’s northern Idlib province.  Rebel leaders were exultant as they drove back Syrian government troops.  TOWs “flipped the balance,” one said, while another declared: “I would put the advances down to one word – TOW.”

CNN reported that story very differently. From rebel-held territory, CNN’s Nick Paton Walsh described the missiles as a “possible game-changer … that may finally be wearing down the less popular side of the Shia-Sunni divide.”  He conceded it wasn’t all good news: “A major downside for Washington at least, is that the often-victorious rebels, the Nusra Front, are Al Qaeda.  But while the winners for now are America’s enemies, the fast-changing ground in Syria may cause to happen what the Obama administration has long sought and preached, and that’s changing the calculus of the Assad regime.”

Foreign Policy, The Washington Post, The Guardian, and The New York Times all reacted the same way, furrowing their brows at the news that Al  Qaeda was gaining, but expressing measured relief that Syrian President Bashar al-Assad was at last on the ropes.

But now that Elbagir is sounding the alarm about TOWs in Yemen, CNN would do well to acknowledge that it has been distinctly more blasé in the past about TOWs in the hands of al Qaeda.

The network appears unwilling to go where Washington’s pro-war foreign-policy establishment doesn’t want it to go.  Elbagir shouldn’t be shocked to learn that U.S. allies are consorting with Yemeni terrorists. 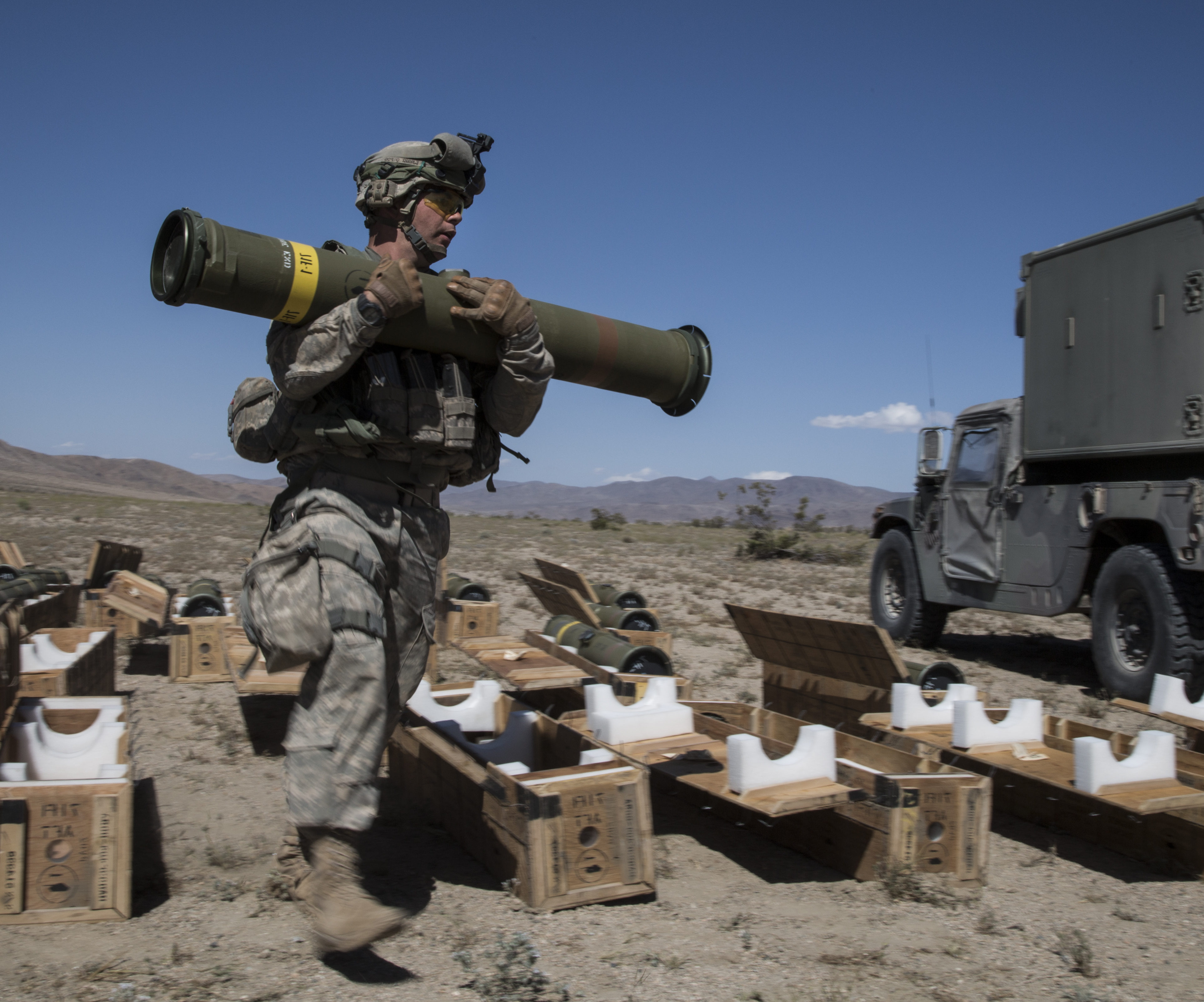 What CNN producers and correspondents either don’t know or fail to mention is that Washington has a long history of supporting jihad. As Ian Johnson notes in  “A Mosque in Munich” (2010), the policy was mentioned by President Dwight Eisenhower, who was eager, according to White House memos, “to stress the ‘holy war’ aspect” in his talks with Muslim leaders about the Cold War Communist menace.”  [See “How U.S. Allies Aid Al Qaeda in Syria,” Consortium News, Aug. 4, 2015.]

Britain had been involved with Islamists at least as far back as 1925 when it helped establish the Muslim Brotherhood in Egypt, and both the U.S. and Britain worked with Islamists in the 1953 coup in Iran, according to Robert Dreyfus in “Devil’s Game” (2006).

By the 1980s a growing Islamist revolt against a left-leaning, pro-Soviet government in Afghanistan brought U.S. support.    In mid-1979, President Jimmy Carter and his national security adviser, Zbigniew Brzezinski, armed the Afghan mujahideen — not at first to drive the Soviets out, but to lure them in. Brzezinski intended to deal Moscow a Vietnam-sized blow, as he put it in a 1998 interview.

Meanwhile, a few months after the U.S. armed the mujahideen, the Saudis were deeply shaken when Islamist extremists seized the Grand Mosque in Mecca and called for the overthrow of the royal family. While Saudi Arabia has been keen to repress jihadism at home, it has been a major supporter of Sunni extremists in the region, particularly to battle the Shi‘ite regime that came to power in Tehran, also in 1979.

Since then, the U.S. has made use of jihad, either directly or indirectly, with the Gulf oil monarchies or Pakistan’s notoriously pro-Islamist Inter-Services Intelligence agency.  U.S. backing for the Afghan mujahideen helped turn Osama bin Laden into a hero for some young Saudis and other Sunnis, while the training camp he established in the Afghan countryside drew jihadists from across the region. 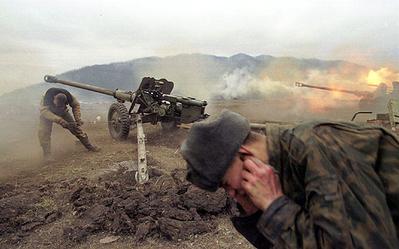 U.S. backing for Alija Izetbegovic’s Islamist government in Bosnia-Herzegovina brought al-Qaeda to the Balkans, while U.S.-Saudi support for Islamist militants in the Second Chechen War of 1999-2000 enabled it to establish a base of operations there.

Just six years after 9/11, according to investigative reporter Seymour Hersh, the U.S. downplayed the fight against Al Qaeda to rein in Iran  – a policy, Hersh wrote, that had the effect of “bolstering … Sunni extremist groups that espouse a militant vision of Islam and are hostile to America and sympathetic to Al Qaeda.”

Under Secretary of State Hillary Clinton, policy toward Al-Qaeda turned even more curious.  In March 2011, she devoted nearly two weeks to persuading Qatar, the UAE and Jordan to join the air war against Libya’s Muammar Gaddafi, only to stand by and watch as Qatar then poured hundreds of millions of dollars of aid into the hands of Islamist militias that were spreading anarchy from one end of the country to the other.  The Obama administration thought of remonstrating with Qatar, but didn’t in the end.

Much the same happened in Syria where, by early 2012, Clinton was organizing a “Friends of Syria” group that soon began channeling military aid to Islamist forces waging war against Christians, Alawites, secularists and others backing Assad.  By August 2012, the Defense Intelligence Agency reported that “the Salafist, the Muslim Brotherhood, and AQI [Al Qaeda in Iraq] are the major forces driving the [anti-Assad] insurgency”; that the West, Turkey, and the Gulf states supported it regardless; that the rebels’ goal was to establish “a declared or undeclared Salafist principality in eastern Syria,” and that “this is exactly what the supporting powers want in order to isolate the Syrian regime….”

“Our allies in the region were our largest problem in Syria. …  The Saudis, the Emiratis, etc. what were they doing?  They were so determined to take down Assad and essentially have a proxy Sunni-Shia war, what did they do?  They poured hundreds of millions of dollars and tens of thousands of tons of military weapons into anyone who would fight against Assad, except the people who were being supplied were al Nusra and al Qaeda and the extremist elements of jihadis coming from other parts of the world.”  (Quote starts at 53:25.) 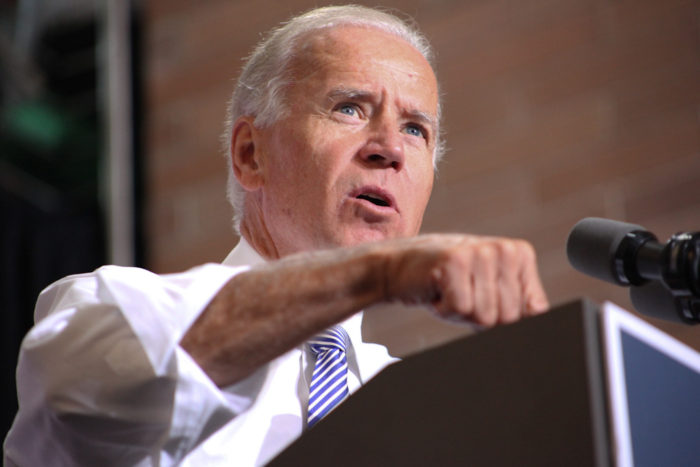 The fact that Obama ordered the vice president to apologize to the Saudis, the UAE and Turkey for his comments provided back-handed confirmation that they were true.   When TOWs turned up in the hands of pro-Qaeda rebels in Syria the following spring, all a senior administration official would say was: “It’s not something we would refrain from raising with our partners.”

It was obvious that Al Qaeda would be a prime beneficiary of Saudi intervention in Yemen from the start. Tying down the Houthis — “Al Qaeda’s most determined foe,” according to the Times — gave it space to blossom and grow.  Where the State Department said it had up to 4,000 members as of 2015, a UN report put its membership at between 6,000 and 7,000 three years later, an increase of 50 to 75 percent or more.

In early 2017, the International Crisis Group found that Al Qaeda was “thriving in an environment of state collapse, growing sectarianism, shifting alliances, security vacuums and a burgeoning war economy.”

In Yemen, Al Qaeda “has regularly fought alongside Saudi-led coalition forces in … Aden and other parts of the south, including Taiz, indirectly obtaining weapons from them,” the ICG added. “…In northern Yemen … the [Saudi-led] coalition has engaged in tacit alliances with AQAP fighters, or at least turned a blind eye to them, as long as they have assisted in attacking the common enemy.”

In May 2016, a PBS documentary showed Al Qaeda members fighting side by side with UAE forces near Taiz.  (See “The Secret Behind the Yemen War,” Consortium News, May 7, 2016.)

If it’s not news that U.S. allies are providing pro-Al Qaeda forces with U.S.-made equipment, why is CNN pretending that it is?  One reason is that it feels free to criticize the war and all that goes with it now that the growing human catastrophe in Yemen is turning into a major embarrassment for the U.S.  Another is that criticizing the U.S. for failing to rein in its allies earns it points with viewers by making it seem tough and independent, even though the opposite is the case.

Then there’s Trump, with whom CNN has been at war since the moment he was elected.  Trump’s Dec. 19 decision to withdraw U.S. troops from Syria thus presented the network with a double win because it allowed it to rail against the pullout as “bizarre” and a “win for Moscow” while complaining at the same time about administration policy in Yemen.  Trump is at fault, it seems, when he pulls out and when he stays in.

In either instance, CNN gets to ride the high horse as it blasts away at the chief executive that corporate outlets most love to hate.  Maybe Elbagir should have given her exposé a different title: “Why arming homicidal maniacs is bad news in one country but OK in another.”

27 comments for “Telling Only Part of the Story of Jihad”